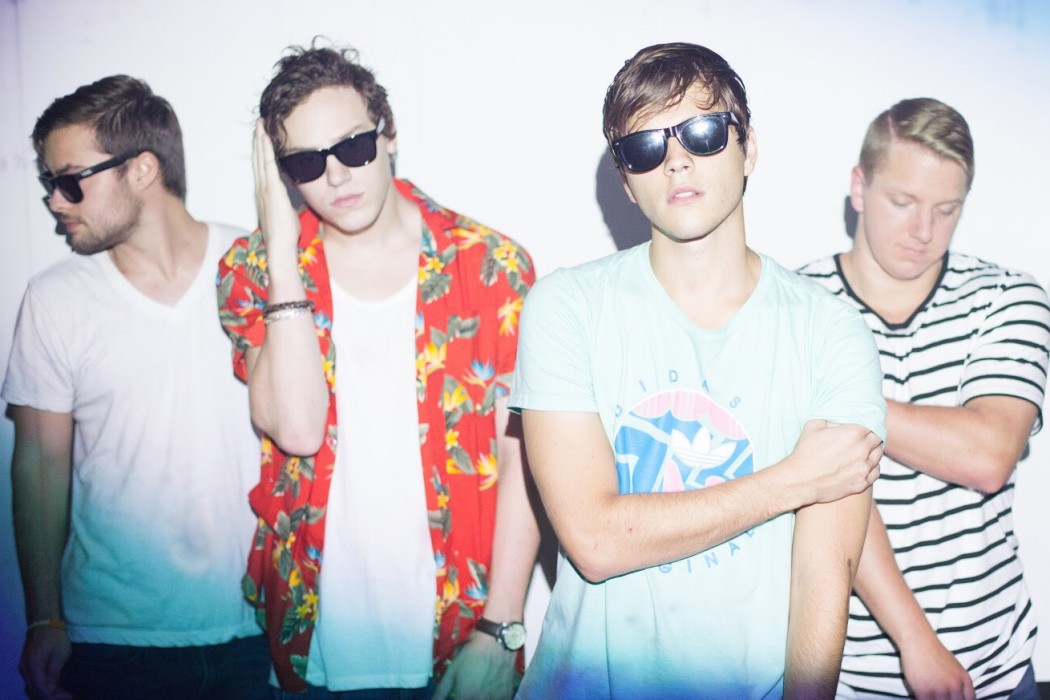 Made up of four members—Seth Coggeshall (vocalist/guitarist), Colby Witko (vocalist/keys), Nick Jones (vocalist/guitarist), Justin Mason (bassist)—His Dream of Lions formed out of the pop-punk/metal scene of Northern Virginia about five years ago. With the upcoming release of their third EP Pseudo Star, the band finds themselves growing as artists into a band entirely their own.

Their band name, inspired by The Old Man and the Sea by Ernest Hemingway is extremely fitting for not only the band’s spirit and intent with their music but also based on the way they craft stories in their songs. “It was a pretty serendipitous experience,” Seth begins when asked about the connection between Hemingway and their band name. At the time, he was reading The Old Man and the Sea while they also just so happened to be looking for new names for the band. “The metaphor from the novel just clicked with where we were at as people and as a band. We think the great thing about that story is that everyone is the old man. We’re all on a common journey together as a band and the ideal is to stay adventurous like the lions. Keep on keeping on,” he says referring to the symbolism in the story around Santiago dreaming about the lion as a memory of his youth.

“When we initially started writing together we were all in the mindset of recreating the sound of bands that we admired, My Chemical Romance, Fall Out Boy, Jimmy Eat World, The Killers and so on. With each record we’ve done since the bands start, we’ve been moving closer and closer to a sound that is uniquely our own,” Seth reflects on how their music has grown. Their new music leans closer to an alternative and glam rock sound that blends the 80s and early 00s while still bringing something new to the current music scene. “We’re certainly still trafficking in a lot of aesthetic elements that we admire from other artists, but I think with this new record we’ve pieced our influences together in a more natural way that hopefully sounds like it’s coming from its own creative space.”

We’re currently still trafficking in a lot of aesthetic elements that we admire from other artists, but I think with this new record we’ve pieced our influences together in a more natural way that hopefully sounds like it’s coming from its own creative space.

The first single from their upcoming EP Pseudo Star called “Love Me Like I’m Sick” is a catchy, fun track that Seth explains was chosen as the introduction single after realizing the song inspired them to make their new record. “We played it on Warped [Tour] last summer and the response was amazing. It was a really easy decision to make,” he says. “I have been in a relationship with someone for a really long time who has been dealing with some pretty serious medical difficulties. When you’re with someone for long enough, you start to become comfortable with joking about some pretty unpleasant things,” Seth explains about the inspiration for the song. “One day, this phrase popped into my head, ‘love me like I’m sick.’ From there the song pretty much wrote itself. Beyond that, there’s a very prominent Queen influence on the tune and percussion arrangement that was heavily influenced by the last Haim record.” 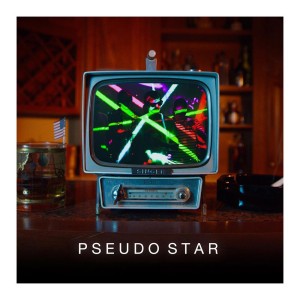 Currently set to release next month, Pseudo Star, the band’s fourth EP, will be made up of funny, serious, epic, and intimate moments all made up into fun rock music that can be empowering and self-deprecating at the same time. “We really hope it kind of slaps people in the face with how theatrical and big it is. Hopefully, people hear some of the experimentation we’ve delved into on this new release. Everything has changed in certain ways and I think people will really dig it,” Seth answers when asked about how the band hopes Pseudo Star will make for both an introduction for new listeners and a followup for current fans.

Pseudo Star is about a particular state of mind where you’re essentially in a self-inflicted suspeneded animation, which we think everyone goes through. It’s about pushing through that and self-actualizing.

“Pseudo Star is meant to sound new, but in a classic sense. We drew a lot more from classic rock bands and pop music from a couple decades ago. Beyond the sound, though we really want listeners to feel empowered when they listen to these songs,” he hints about the sound and feeling that we can expect. “Pseudo Star is about a particular state of mind where you’re essentially in a self-inflicted suspended animation, which we think everyone goes through. It’s about pushing through that and self-actualizing.”

Looking back on their past work and where they are now, Seth explained that they came into this project with this ‘Pseudo Star’ perspective based on their growth as both people and a band, “Our last record was made while we were still in our late teens. In the time between our self-titled EP and Pseudo Star I think we learned to become a little more comfortable in our own skins, and as a result, we were ready to make a record that was really a manifestation of our direct experiences going through our own lives. There’s a lot more honesty on this record.”

In terms of themes and emotions that’ll appear in Pseudo Star, Seth mentions that snide humor is evident in a lot of the songs, coexisting with this epic sound that the band is very proud of. “We don’t really spend a lot of time jamming stuff out as a group, the songs are more constructed in our home studios as we write and figure out the structure and flow. There’s a lot of self-discovery that happens wherein we’ll get through a whole song and write a new part or lyric that forces us to go back and rewrite the whole thing. As an example, there’s a new song on the record called ‘Magic’ that was completely retooled right before we went to record it,” Seth describes the typical songwriting session although it depends on the song.

We’re a little more pessimistic than we ever have been but that’s ok.

The band recently finished touring with Hang Tight last month and despite the cold weather, Seth describes the opportunity as an incredible experience. “Hang Tight are a bunch of really down to earth awesome guys and they were great to tour with. We have plans to hit the road all throughout this Spring and Summer, those tours should be announced soon!”

Seth credits getting to tour for helping the band not only grow as people but adjusting to road life and (in addition to working together for long) becoming better performers and writers.

“Writing music by its very nature is a personal experience. It’s hard to quantify, but the net sum of our experiences over the past couple years has filtered directly into the sound and message of the band as it currently stands.” Of course, with putting themselves into their music, there’s also room for exploring self-awareness. “We’re a little more pessimistic than we ever have been but that’s ok,” Seth laughs.

Discussing the most autobiographical lyric they’ve written in his perspective, Seth mentions the lyric, “Friday night, you’re such a  burden to me,” from their song “Danger Close.” He explains that lyric captures how it feels to be completely drained from the lifestyle of playing shows and touring. But despite how draining it may be, the band doesn’t plan to be stopping soon. Throughout 2018, the band looks to not only release Pseudo Star, but continue with touring, writing new material, and releasing music videos.

His Dream of Lions Mini-Playlist for Readers [Listen Here]:

You can preorder their Pseudo Star EP here.