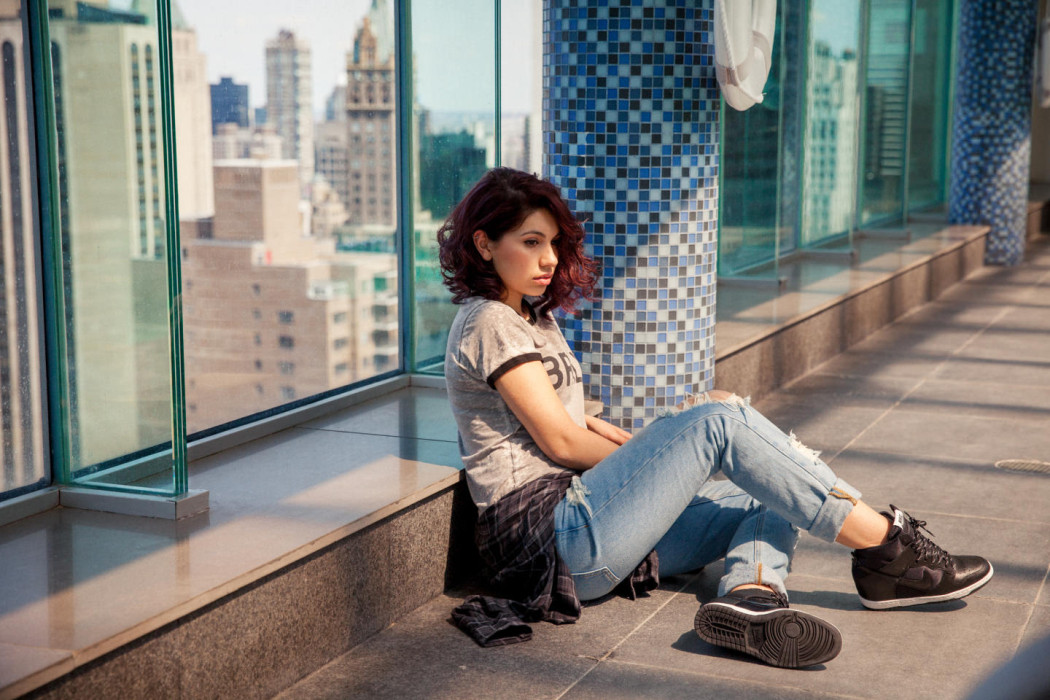 When a song, album, or EP hits you personally, that’s when you know it’s meant to be cherished. The first time I heard, “Here,” by Alessia Cara, I was scrolling through someone’s Tumblr looking for music recommendations. I gave it a listen on a whim and immediately fell in love. It was a perfect explanation of how I feel about parties, family events, and other things of that nature. That’s the great thing about music; when it hits you, it can really seep into your soul and when that happens, you’re a goner. 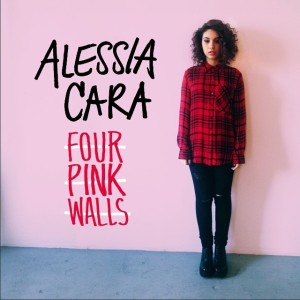 Alessia Cara’s EP, “Four Pink Walls,” released early yesterday a few hours after Alessia leaked her songs featuring her own homemade videos (posted below) and honestly, the EP is amazing. “Four Pink Walls,” is lyrically intricate and visually stunning taking you above and beyond in stories about situations you may know all too well.

The age of seventeen is a confusing one. You’re still a kid technically, but you also have adult responsibilities and a feeling of independence. In “Seventeen,” Alessia touches on the feeling of wanting to grow up so quickly when you were younger, to finally reach that age and realize…maybe you’re not ready for this. “I wish that I could freeze the time at seventeen,” she sings in the chorus.

It’s a song that any young adult is too familiar with; able to feel that child nostalgia, longing to be a child again, but also wanting to follow your dreams be independent. After all, isn’t that what being seventeen is for?

The song that started it all. Here tells the story of being a wallflower at a party and the entire concept and experience is unappealing. The teen years in movies and shows are always depicted as party-going fun and getting drunk. “Here,” tells a different story…maybe even a little more realistic for most.

The beat of “Here,” manages to give off a house party vibe something chill and casual while intimate and delicate. Meanwhile, the lyrics paint the picture. You fall into the party more and more as the song goes on and you feel what she’s feeling. You become the wallflower having your own personal experience while observing Alessia’s wallflower telling.

“Outlaws,” gives off an old-timey classic, doo-wop forbidden love story vibe. Okay so maybe not as much forbidden as much as a dangerous, “Bonnie and Clyde” style as she sings in the song: “We’ll be outlaws, partners in crime. We’ll take on the world together, I’m Bonnie, you’re Clyde.”

When listening to the song, I felt myself in a speakeasy hearing a girl singing about the love she is desperately hoping to run off and be together with. They’re not quite Romeo and Juliet, but not quite a couple that can fully workout without the worry of terms, conditions, and obstacles. I’d be lying if I said I’m not rooting for these heart-stealing thieves, though.

For anyone that has ever found themselves accidentally in love with someone, this the track for you. “I’m Yours,” tells the story about someone pretty unlucky in love in the past who has set up a guard because of this. Except now, they’ve looked at this person and decided to let them in.

My favorite thing about this song is that it’s a lovey-dovey song without being mushy (not that, mushy is a bad thing). But it truly captures the feeling of, “Wow you’re cute and amazing…how dare you?! Who gave you the right?!” It establishes the feeling of being personally victimized by an amazing crush. A great song for those who try so hard to come off as hardcore and find their soft side coming out for that special someone.

I remember in the 90s and early 00’s, we had a lot of music videos that involved  the artist sitting on the stoop like Stoop Kid from Hey Arnold, this song gives off that old school vibe. I want to say it has a Jill Scott and TLC feel, but it’s also in a world of its own. You’re invited into a sort of spin on Cinderella. It’s not about leaving your old life and finding love, but about discovering that there’s so much more out there besides the life you’re living.

It’s about wanting so much more than the mundane life you know, wanting to break free of a repetitive life and experience so much more. “Then the universe aligned,” she sings, “with what I had in mind.” She finds herself in this new life, practically overnight and sure enough, she’s amazed. The EP overall feels personal, but this song almost feels like it came directly out of a journal of hers, no wonder it’s the EP title. The song can speak to anyone that has left behind something (a life, a place…) and ventured out to pursue their dream and now they’re like, “wow, here I am.”

You can stay up to date on all things Alessia Cara by following her Facebook, Tumblr, Twitter, Soundcloud, and Youtube accounts. “Four Pink Walls” is available for purchase on iTunes now.

LA-based duo Maple St.’s bio on their website promises you synth-driven pop songs straight out of your favorite coming of age film. Their songs…