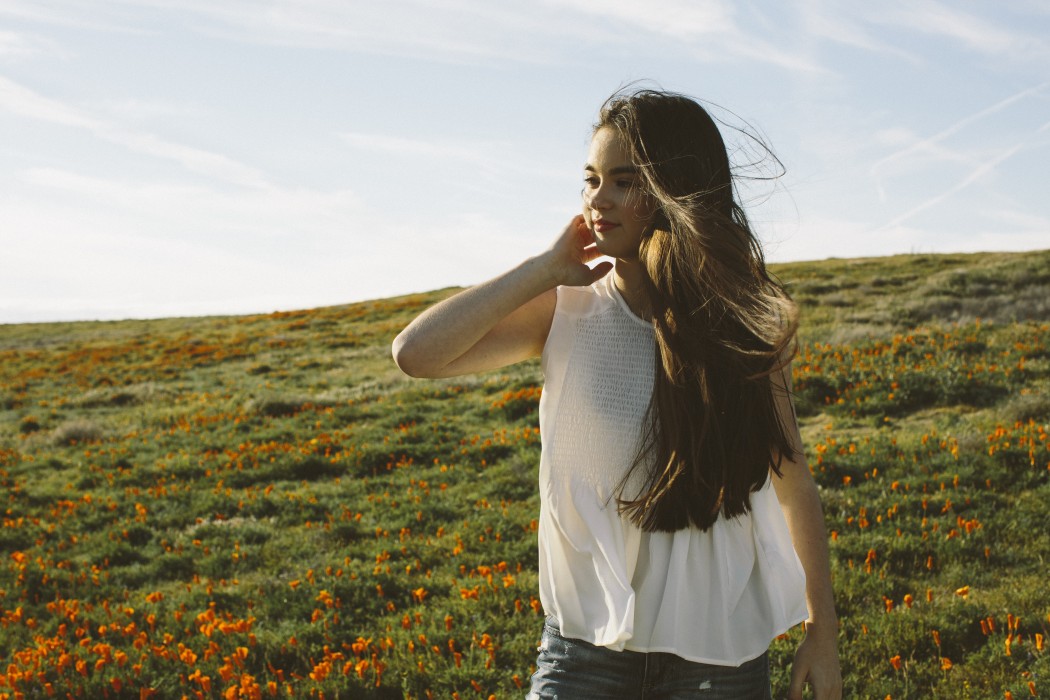 Despite having an established fan base and an impressive resume, 17-year-old Landry Bender gives no indication that her life is any different from other people her age. Her Twitter and Instagram bios let you know she loves brunch, musicals, and “playing pretend.” Her posts can range from events she’s attended to talking with her friends to sharing/discussing current events.

However, if you don’t know her in real life your first encounter seeing Landry is perhaps through her “playing pretend” in one of her previous roles. She’s performed in musical theatre productions of Annie, The Sound of Music, and Beauty and the Beast; stole the show working with Jonah Hill in The Sitter; starred as Cleo in Crash & Bernstein; and most recently is probably known for her role of Cyd on the Disney Channel favorite Best Friends Whenever.

However, now with three projects in the works (two of which we discuss here and a part in the upcoming movie A World Away alongside Rowan Blanchard and Nathaniel Potvin), she’s proving her work ethic and herself through the range of the projects. Just recently her first episode as the upbeat and adorable Makini in The Lion Guard aired. “Makini is a new character added to the second season of the show. She’s a mandrill and very young, bubbly, and oblivious to the world around her,” Landry explains.

When the viewers meet Makini, she’s training to be a Royal Mjuzi like Kion. “I’m excited for fans to see her journey as she grows up and learns about the world. In the voiceover world, so much of the production is done a year in advance so I’m glad it’s finally airing,” Although season two has just started airing, Landry shares that production-wise they’re in the middle of working on season three. While of course, she couldn’t give anything away in that respect, she adds that it’s been fun getting to age Makini up and letting her grow.

“Ever since the first time I got into the booth, the big thing they emphasized was her speaking pattern. Her voice is very high pitched and she at times will talk very fast,” Landry shares about how they’ve developed her voice. “To this day, they’ll still say to me, ‘that’s a great read, but can we go even faster?’ So that’s been something fun to play with.”

Having grown up on The Lion King, for Landry, working on The Lion Guard is an honor. “I think Simba was always my favorite because as a toddler watching and Simba being so young, his character was the one I related to most,” she says.

Landry has also joined another reboot favorite in this age of reboots playing the role of Rocki in Fuller House. “Growing up with them and now being a part of the new show, there’s so much nostalgia,” she exclaims, having grown up with the reruns of the Full House series. “Every live audience there’s so much passion and energy. The fan base is so huge! It’s amazing.”

…With Fuller House, my character Rocki is the darkest character I’ve ever played; which is also very different from myself so that’s been really fun. 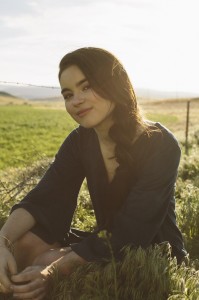 She describes joining the series as an honor although she can’t go into details on what it is exactly that viewers can expect to see from her character she does give a little hint on how she fits in with the already established dynamic, “Throughout the season, she has a huge contrast with the Fuller House family. She’s very rebellious and edgy so that’s been really fun to play.”

Her roles in both The Lion Guard and Fuller House challenge Landry in different ways as an actress. “I haven’t done much voice over work in the past, but Makini’s personality and overall cadence is very different from what I have done in that world,” she explains about what sets the role of Makini apart from her past roles. “And then, with Fuller House, my character, Rocki, is the darkest character I’ve ever played; which is also very different from myself so that’s been really fun.”

“I think, in general, I always want to play and see strong female characters,” Landry says about the roles she’s usually drawn to watching and playing. “Whether comically or dramatically, it’s something that can always be portrayed more in society especially for young people.” Looking at Landry’s past works, upcoming works, and works that she loves, Landry shows that to be a strong female character means so much more than just being “tough.” A strong female character can be silly, can be vulnerable, can be intelligent, and should be multifaceted.

I think, in general, I always want to play and see strong female characters. Whether comically or dramatically, it’s something that can always be portrayed more in society especially for young people.

It makes sense why Landry is drawn so much to character considering she fell in love with acting and performance through an art form that focuses on telling stories through forming memorable characters: theater. “To be in something with an impact and a message like Hamilton or Dear Evan Hansen would be a dream,” she responds when I ask her what roles and productions she’d love to do in the future. “I also hold out hope for a stage version of La La Land. That would be perfect!” 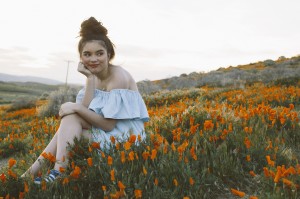 With La La Land focusing on how the City of Angels can make or break your dreams as they’re grounded in reality, Landry’s love for the film, acting, and LA would make her a wonderful Mia. Although a Chicago native by birth (moving when she was 2 years old), she’s definitely an L-Alien at heart, “The times we’ve gone back [to Chicago] to visit, I’ve loved it. It’s a beautiful city. I also lived in Arizona for awhile, but I love LA! I’ve lived here for 7 years now, so it’s amazing to call it home.”

For aspiring actors interest in following in Landry’s footsteps, however, she advises that you sort out your motivation for acting and make sure it’s not for the glitz, glamour, and romanticized glory. “Don’t be an actor for any other reason than your love of the craft. Social media following, money, fame, traveling, free clothes, fun events, etc., that will all come because of your love for what you do, so always remember to keep that,” she says.

I try to do the best I can at posting the things that are me even though I’m still trying to be that person and what’s cool is that my following is young so they’re in the same exact place I am, so there’s a relatability there.

Having a fandom of her own, Landry discusses how she’s finding the balance between being a person growing into her own while having others look up to her. “I definitely think about it a lot and talk to my friends that are in the same position about it. It’s something that I’m aware of but I don’t let it consume me. I don’t wake up in the morning and think about what I should post because that’s not my identity in the first place,” she begins. “First, I’m a person obvious, then I’m an actor, which is the reason I have the following. I try to do the best I can at posting the things that are me even though I’m still trying to be that person and what’s cool is that my following is young so they’re in the exact same place I am, so there’s a relatability there.”

Teenplicity: If you could be any crayon, what would your color be and what would the name of the color be?
Landry Bender: Orange. Orange is my favorite color because of how underrated it is. And I’m too distracted to think of a name at the moment. (Laughs.)

T: On a scale of 1-10, how much do you appreciate Harry Styles?
LB: 11!!!!! I wasn’t much of a fan of One Direction while they were together, but seeing Dunkirk and listening to his album, I’m obsessed; he’s SO talented. (Also, whoever wrote this question, we need to be friends because we’re obviously on the same page.)

You can catch new episodes of The Lion Guard Fridays on Disney Junior.

Season 3 of Fuller House premieres this fall on Netflix.