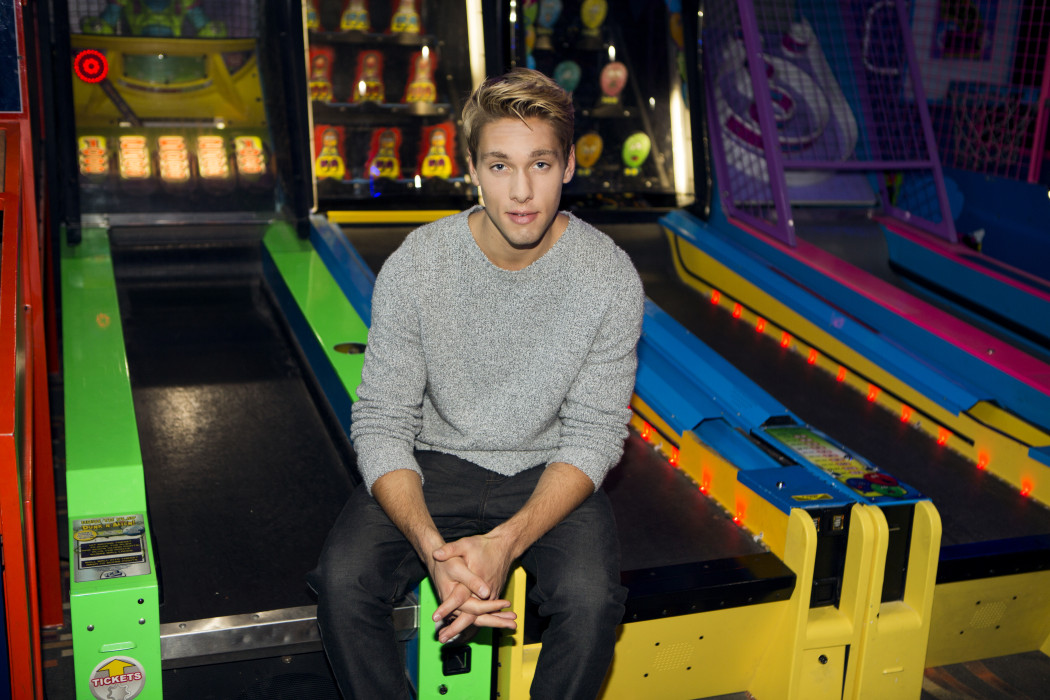 When it comes to life, 19-year-old Austin North allows himself to explore his different passions and take on each day one interest at a time. Aside from his role as Logan Watson on the popular Disney Channel hit show I Didn’t Do It, Austin is an athlete, a family guy, healthy living enthusiast of sorts, and a drummer.

“I bought my first drum set at 10 years old and never put my sticks down,” he recalled about how he first got into music. Getting to tap into the more creative side of himself and improvise with his rhythm may be inspired from another source as well. With his older sister Lauren, they began putting up Youtube videos showing off both of their musical talents. Their most recent project being an original song titled, “I Need You But I Don’t” written by Lauren and their friend Grant, “Lauren & I collaborate really well together. It’s become a way for us to bond, but also have fun doing what we enjoy,” Austin noted. “We have pretty different musical gifts so it works well for us to bring them together into a project or jam session.”

“She is really a musical genius so I’ve learned a lot from her and she’s probably learned some from me as well. It’s really special to be a part of this song because Lauren wrote it, along with Grant.” Austin couldn’t help but compliment the heart and soul Lauren and Grant put into creating their first original, “That was a great experience,” he commented on what he gained and admired from working with them. “Since it was an original song that Lauren and Grant wrote, we got to make the song our own and record it how we wanted too.”

Besides being another creative outlet for Austin to express himself, he also enjoys the fact that his music ability adds another layer to who he is as an individual and hopes that it could inspire others. He also noted the appeal of a brother/sister duo. It certainly does allow their support and love for each other to be seen in other places besides social media. Without a doubt, the support system Austin has from his family is something special that he holds close to him,“They are the only reason I’m where I’m at today. They have kept me grounded and true to who I am. They have supported me so much and helped make my dream possible.”

So, they’re both laid-back and have a strong bond with their sisters (come on, we all know Logan adores his sister, Lindy), but Austin and Logan both share another similarity in their talent for drumming, which wasn’t exactly planned from the start. “Once the writers found out I was a drummer in real life, they wanted to implement some drumming into Logan’s character as soon as possible.” 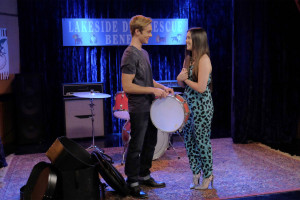 Logan’s drumming added development towards his character in more ways than one. We got the chance to see the creative side of Logan and a passion and motivation. It also helped to spark the fan favorite ship of Jasmine (Piper Curda) and Logan. “The fans wanted Jogan to happen so bad, so we gave it to them,” Austin teased about the season two finale airing tonight.

Taking Austin’s word, the episode is one to be excited for. “There is so much that happens in that episode and we all get to collaborate with our musical abilities,” he added about why that episode was his favorite I Didn’t Do It episode to film to date. On getting to work with his cast musically, he exclaimed that the feeling of getting to play together was really natural and “looked super legit!!”

Aside from his acting on I Didn’t Do It, Austin has also had roles on other Disney Channel/XD favorites Kickin’ It, ANT Farm, and Jessie. But, despite getting these opportunities, he had to overcome a big obstacle, “At first it was the feeling of rejection when I first came to Hollywood,” Austin admitted, “[questioning] ‘Why didn’t they want me for this role?’ I have for sure gotten over that. I go into my auditions, do the best that I can do, and then forget about it.” He left off with a little ‘Que Sera, Sera’ adding, “If it’s meant to be it will happen.”

Check out Lauren, Grant, and Austin’s song “I Need You But I Don’t”

The season 2 finale of I Didn’t Do It airs on Disney Channel tonight at 9/8p c.

The young actress explores what fans can expect as she appears on the new seasons of Lifetime’s “Mary Kills People”, Freeform’s “Shadowhunters”, and The CW’s “The 100”.