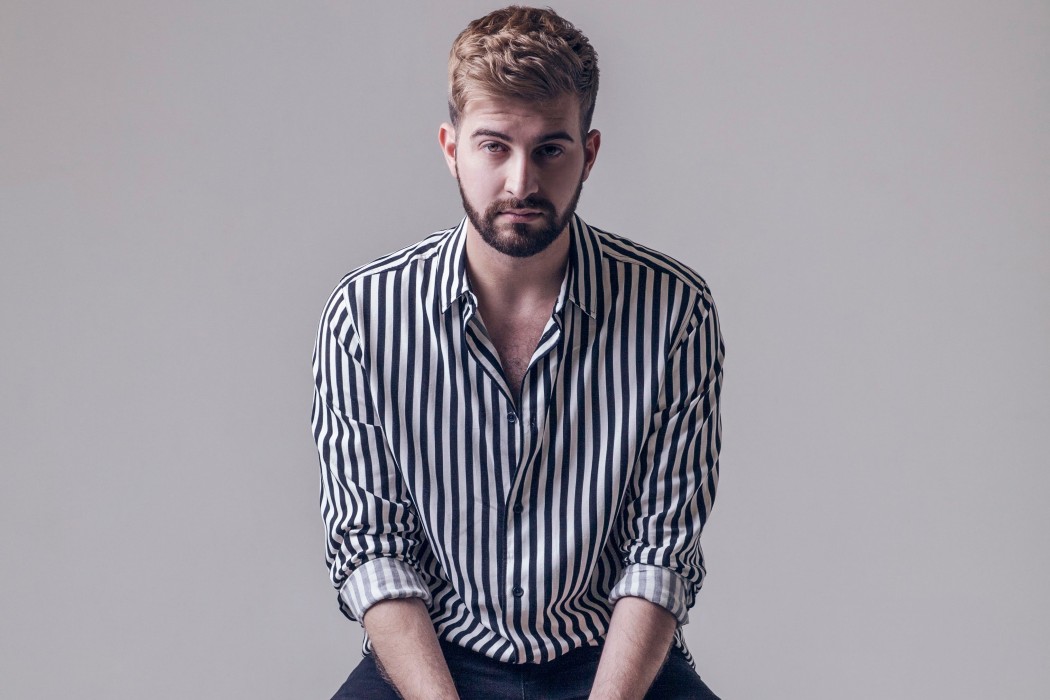 Hailing from Australia, singer/songwriter Philip La Rosa approaches his music with the intention of redefining his narrative and uplifting a positive vision. Released in alignment with Mental Health Day this year, he let the world in with a striking music video to a powerful song called “Drowning.”

Philip’s hope with this song, he shares, is that those who can relate realize they aren’t alone. “[I want] for viewers to understand that they are not the only one in the world struggling and it can take a lot of strength to pull through each time. And of course, to know that there will be an ending to that uphill battle eventually, and they will come out of it stronger than ever,” he affirms.

The video features an aerial dancer as she struggles to attempt to climb to the top as she slips and finds herself entangled along the way. At a pivotal moment in the song, when all hope feels lost and the dancer is underwater, she rises, gasping for air, and continues climbing. A story that perfectly captures the song.

Philip shared his vision for what the music video could be with the producer of his previous video “Pride,” Elaine Smith. With Elaine’s help, Charmaine Murray got involved as director. “Charmaine rattled around with my ideas and then came forward with an idea that left me so speechless. She hit the nail on the head and totally understood the song while bringing in her own view on the struggle,” says Philip who thanks the production team for all the hard work they put into the project. “Hats off to the talented actress who went above and beyond–Nicole Crisp. She not only spent half her day underwater and the other half up in the air on silks, but she also brought an emotion to the video that helped shape the message.”

In 2016, he released his debut body of work, Strong. After countless hours of workshopping and looking for a way to create music that shared his honest struggles while also being positive and uplifting, the project introduced him as an artist. Especially with his viral single, “Pride.” With both “Drowning” and “Pride,” Philip puts himself out there. While “Drowning” is him letting the world into his and other’s experiences with mental health and getting through the hard times, “Pride” is a motivational anthem centered on getting to be openly and comfortably gay.

I love how music can be interpreted completely different to each listener and take them on their own journey–that’s what it’s all about.

In terms of facing his own vulnerability in his music, while it seems like an immediate instinct, it doesn’t come easily. “Every release is still extremely overwhelming the night before and the day off. I switch off social media on release week, always,” Philip admits. “I let it do its thing and just remember that even if some people don’t like what I’ve put out, there will be one person who can relate–and that’s all that matters.”

Describing the response to his music as also overwhelming, Philip is overcome with gratitude as he discovers that his music is doing what he set out to do. “It’s always about helping at least one person and every time I get a new comment or message about how the song has touched or helped someone, I tear up. Not about my song,” he clarifies. “I still find it so crazy how many other people are struggling out there.”

“I love how music can be interpreted completely different to each listener and take them on their own journey–that’s what it’s all about. It’s not about me, I want people to look to themselves and love themselves,” he responds when I ask how he hopes that sharing his experiences with his mental health and challenging any shame for being gay can help people that are still figuring things out and understanding who they are and how they feel.

He also gives credit to his own support system for helping keep him afloat when he feels like he’s drowning. “I’ve struggled enough on my own,” he says. “Once you have real connections that you can rely on, your life changes.”

“There is so much I want to touch on, but I think religion is a big one and how it shapes us as children. I’ve come from quite a religious family and I think over the years you start to realize how it affects everyone–from your immediate family to your community, to the education system…all the way down to politics.” Philip shares that he has a respect for every religion, so whatever view would come from the hypothetical song wouldn’t focus on specific worshipping but rather it’s integration in communities and politics. “But hey…” He pauses before adding, “That’s a whole other song, right?”

I’ve struggled enough on my own, once you have real connections that you can rely on, your life changes.

As a songwriter, Philip has developed since he first started making music. In his words, he went from piecing together random lyrics he’d written over the years and just wanting to be recording to taking time and letting things simmer. “I take a life event and write about it, workshop it and try and bring a message out of it if I can. I just love the idea that someone can listen to a song and relate, and I aim to do just that. I think it helps people understand they’re not alone on this massive planet,” he discusses his growth.

It makes sense that Philip would have an interest in making music that would impact and influence listeners. He shares that growing up he was big on listening to and dancing to artists like Michael Jackson, Justin Timberlake, and Usher. “Prior to turning 10, the main source of music in our house was Rage and Video Hits every Saturday morning,” he describes it stating that those artists gave him his most inspiration and love for music. “Growing up, I and my brother played guitar and one of my brothers played the trumpet…but nothing extremely serious, I wouldn’t say I come from a musical background. But we did love having music playing in our home.”

In terms of his current interests in music, he shares that he’s crushing hard on what Jack River is putting out. “Her sound and her voice are to die for,” he praises. “I think my all-time dream would be in a studio writing something authentic with Alecia Moore (P!nk), that badass has some stories to tell and is an all-around amazing artist.”

“My songs are written about moments in my life,” he starts about his most autobiographical lyric. Calling the question a tough one to answer, he gives the title to a recent song he’s recorded. “I can’t say too much about it, but the lyric is, ‘Our collision, it was meant to be.'” With his upcoming music, Philip can’t share much, but he does announce that there are at least three more music videos to come and a full album released in early 2019.

And with the mention of the new year coming up, we close out the interview discussing what he’s looking forward to. “Breaking my first New Year’s Resolution, that’s always a good laugh,” he jokes. “But, I’m super excited to release the rest of the album, I’ve been working on it for so long–I’m dying to share it with the world.”

You can stay up to date on all things Philip La Rosa by following his Facebook and Instagram accounts.

Drowning is now available on all platforms.