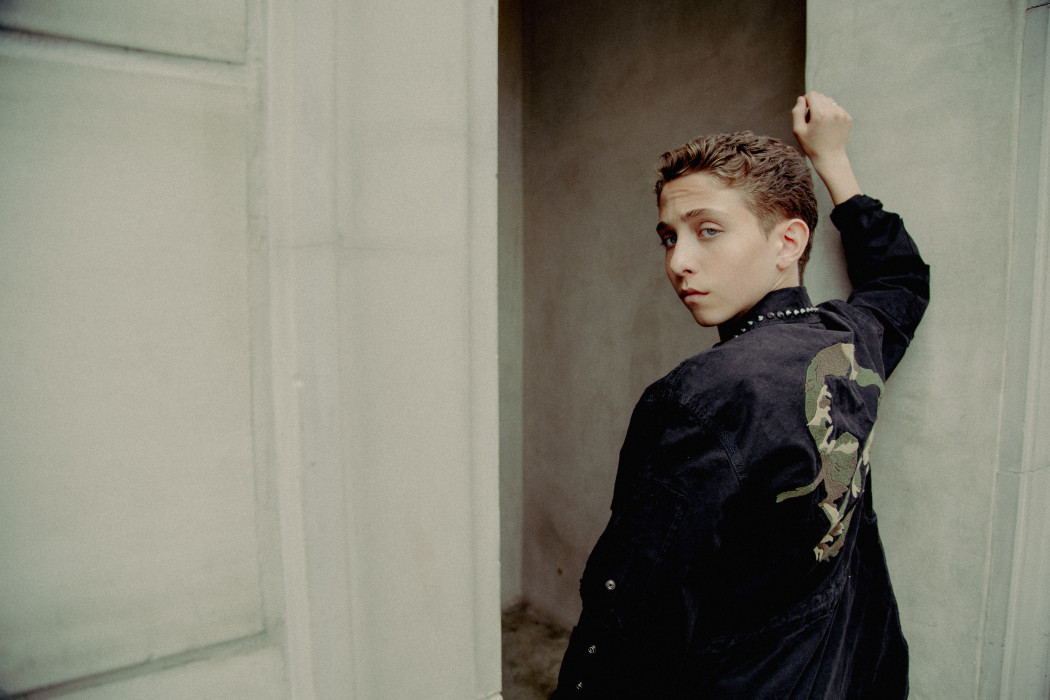 It has been joked many, many times that perhaps we’re in a time loop that’s returned us to the 90s. But of course, history has always been said to repeat itself. With an interest in returning to the innovation of 90s media along with a re-appreciation for the world of comedy and what it can do, it made sense that the hit Nickelodeon show All That would find its place back on television again. Now, there’s a new cast of young up-and-coming performers. One of them being Ryan Alessi.

Not a newbie to comedy, the Chicagoan has studied at The Second City which has been the stomping grounds for the likes of Horatio Sans, Steve Carell, Mike Myers, Aidy Bryant, Amy Poehler, Amber Ruffin, Tina Fey, Tim Meadows, Keegan Michael-Key and Jordan Peele, Gilda Radner and more who have greatly influenced comedy. 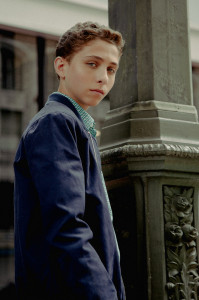 “Chicago has shaped me and my sense of humor,” Ryan explains about being born and raised there. “I started my education at Second City Chicago and so many comedic geniuses have studied at that school. There is a mural on the way as you enter Second City and it is shocking to see how many famous comedians began their careers there. So many of my heroes are painted on that wall,” he reflects.

A lot of Ryan’s love and inspiration in comedy seems to come from the joyfully silly ensemble comedy that spanned through most of the 70s to the 90s and blurred the line between what could be considered “kid comedy” and “adult comedy.” “Two shows that sparked my interest in comedy are Third Rock from the Sun and Seinfeld. Both shows included an ensemble cast and the actors had incredible chemistry,” Ryan praises the sitcoms. “Each character brought something unique to the show and it genuinely seemed like they were having fun.”

Especially as a fan of old movies, he gives a shoutout to Monty Python and the Holy Grail acknowledging that the movie influenced a lot of comedy as it today. “I could watch it 100 times and never get sick of it,” He says. Meanwhile, in terms of dramatic projects, he references Forrest Gump and his favorite actor Tom Hanks because of the movies ability to include so many references to American history.

“If I could go back in time, I would choose to play Forrest Gump. I think it would be a challenge playing such an iconic and complicated character,” Ryan says.

The most daunting thing about being a part of the All That legacy is living up to the people’s expectations of the new show.

Ryan already shows that he’s up for big challenges. He’s currently a part of the new All That revival a show which first premiered in 1994 on Nickelodeon and helped kickstart Kenan Thompson, Kel Mitchell, Lori Beth Denberg, Amanda Bynes, and Nick Cannon among others to become household names. “The most daunting thing about being a part of the All That legacy is living up to people’s expectations of the new show. It is hard to bring a show back without some viewers comparing the new version to the original,” responds when I ask him about his involvement on the show.

The revival brings back familiar names from the original show with Brian Robbins, the show’s co-creator being named president of Nickelodeon in 2018 and announcing interest in a revival shortly after. Kenan and Kel both serve as executive producers now and Kel along with Lori Beth Denberg and Josh Server have all made appearances. Writing and producing duo Kevin Kopelow (who folks may remember as Kevin the frantic stage manager just attempting to do his best at the beginning of every episode) and Heath Seifert who both worked on the series in the 90s have also returned.

“I think the writers do an amazing job bringing some of the older sketches back while writing new sketches for generations who have never seen them before the show,” he compliments. “The most fulfilling part of being on the show is that I get to laugh every day.”

A typical All That work week, Ryan explains, is Monday through Friday sometimes including a Saturday, “On Mondays, we have our table reads and we get a first look at the new sketches for the week. On Tuesdays and Wednesdays, we rehearse. On Thursday, we pre-tape some of the more complicated scenes or sketches that require special effects. On Fridays, we tape our live show.”

“Many of the sketches focus on current pop culture and trends,” he starts when I ask how the show’s comedy in 2019 is approaching sketch and reinventing the show. “The All That writers create many characters that speak to what is going on in today’s society.” While the cast hasn’t pitched any sketches yet according to Ryan, he reveals that some of the characters the cast created for the audition process have made it to air.

Working with Kenan and Kel, whose comedy since the beginning helped define the show and the kind of clever, yet expressive slapstick comedy Millennials and Generation Z has grown up with, Ryan and the rest of the cast are in good hands. “Kenan and Kel have taught me that it is important to always be myself and to commit 100% to every character that I play,” he says about what they’ve brought to the table as producers. “The most important thing that I have learned about comedy is that it is subjective. One person may find a joke or sketch funny, while another person thinks that it is humorless.”

Most likely to break in a sketch – Chinguun
Can make absolutely any joke funny even if it wasn’t working before – Chinguun
Shows up most prepared – Lex
Always has an idea about a sketch – The writers
Always has a pop culture reference on hand – Nathan (for current pop culture references) and Ryan (for impressions and pop culture from the 70s, 80s, and 90s)
Would be the worst Good Burger employee – No one
Would be the best Good Burger employee – Kate and Reece because they’re sweet, professional and they always have a smile on their faces
Could perfectly perform Left Eye’s verse of the All That theme song at a moment’s notice – Gabby

LA-based duo Maple St.’s bio on their website promises you synth-driven pop songs straight out of your favorite coming of age film. Their songs…