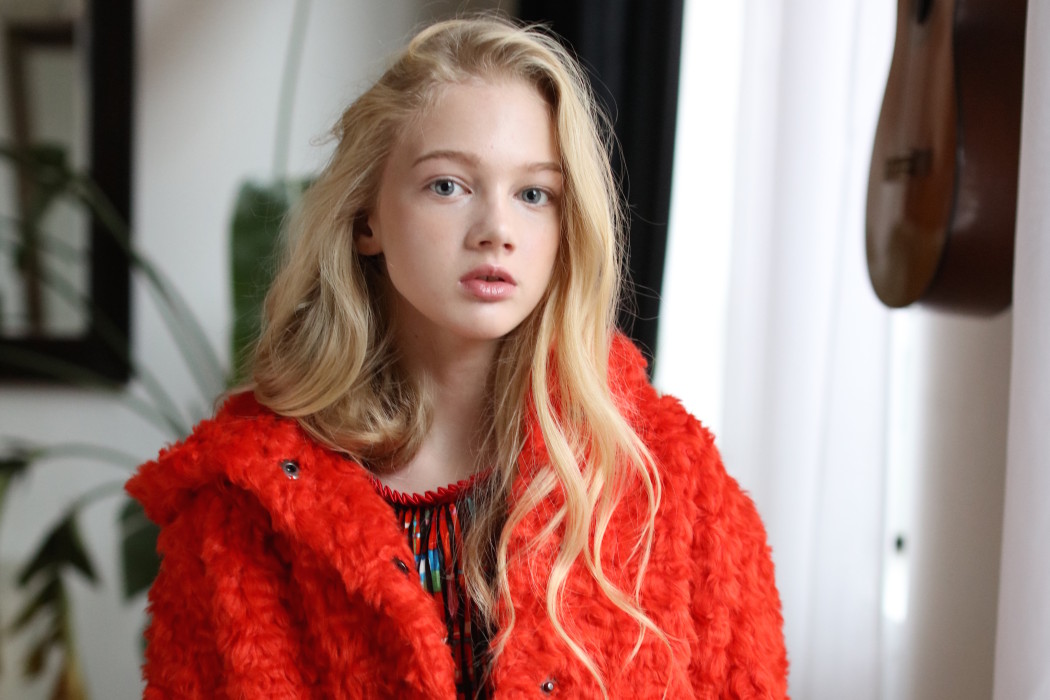 In NBC’s new crime/horror hybrid The InBetween, viewers follow protagonist Cassie Bedford (Harriet Dyer) who carries the bittersweet gift of seeing and communicating with the dead as she helps her stepfather solve crimes and gets tangled up in solving the deads problems too. Twelve-year-old Whitby, Canadian-native Sarah Abbott who stars alongside Harriet shares that if she had Cassie’s ability, she would do the same. “Just help people to finish or say what they wanted to get done before they passed. That would be satisfying to do,” she explains when asked.

Sarah has a different role on the show, however–plays the role of Abigail, a girl who carries a connection with Cassie because of Cassie’s gift and what Cassie can do to help her adjust. “I thought this character was a strong-willed girl who wanted justice for what happened to her. I really liked that about her,” Sarah says about what sparked her interest in the role.

The show essentially starts off with the two of them, Cassie and Abigail, together like sisters. Or at least like an aunt raising her niece, before the pilot unfolds and viewers discover that their relationship and the two of them individually are far more complicated than that. “I think she is drawn to Cassie because she sees her as the big sister she never had, who could help her with her problem and in return maybe help Cassie with hers,” she explains hinting about what’s to come.

Without giving too much away from the pilot, Abigail holds resentment towards her family for what happened to her. One of the scenes that give a lot of depth to that is when she discusses her baby sister and her feelings about her, a moment that Sarah says she had to dig deep to get said emotions across.

Just help people to finish or say what they wanted to get done before they passed. That would be satisfying to do. 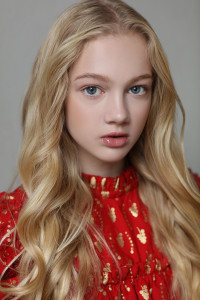 “I think it will be a roller coast ride with all the different ghosts and storylines,” Sarah teases what viewers can expect. “There are just so many ways to go with the story, especially with the fact that Cassie also gets involved in helping the police solve crimes.” The show is also Sarah’s first project where she has a recurring role, something she shares excitement about. “[I] really get to explore that character and try to develop it,” she discusses the benefits. “Another fact that I like is you feel more comfortable on set with the other actors and crew. You become like a family. I enjoyed my time there so much!”

“It was a fun time. The cast and crew were so friendly and helpful,” Sarah goes further when I ask about any memories she’d like to share. She recalls Harriet having her dog on set with her and how cute the dog was and how much she loved petting him. “Harriet is the kindest person. She was so friendly from the first time I met her. Always taking time out to practice lines and teach me things. She is so genuine,” Sarah reflects.

She also shares another little behind the scenes secret. “I have to mention the rain,” she starts it off, “it rained a lot. The crew did an amazing job looking after everything with all the rain coming down!”

The next project we’ll get to see Sarah in is the Netflix show V-Wars based on Jonathan Maberry’s edited print anthology series. Starring Ian Somerhalder as Dr. Luther Swann, the show follows the doctor as he’s pitted against his best friend when a mysterious disease starts transforming people into vampires and his friend becomes a powerful vampire leader.

“It was another role with lots of emotions. I can’t really say too much about it since it is not out yet,” she laughs saying that she doesn’t want to spoil anything. “Amelie is a strong girl who has some tough decisions to make. I really liked playing her. The show should be really exciting. With Ian Somerhalder and vampires you can’t go wrong!”

I have just been acting for about six years so everything is new and exciting to do for me.

Along with these two projects, Sarah’s acting resume includes playing young!Marilyn Monroe in Lifetime’s The Secret Life of Marilyn Monroe, the feature film Lavender, Black Mirror, Slasher, Heroes Reborn, and more. “I have just been acting for about six years so everything is new and exciting to do for me. I have just been so lucky to get picked to be on some awesome shows,” she explains when I ask about her projects and the thriller/supernatural similarities some of her projects share.

“I don’t have to cry with comedy. It’s hard to do after six different takes. I start running out of tears,” Sarah laughs responding about the biggest difference between comedy and drama. “I would love to do some comedy. When you see the outtakes of some movies, it really looks like they are having a blast.”

However, in terms of her easiest and hardest roles for her to play, she responds, “From my latest roles I think The Silence was the easiest because there were no lines but that made it challenging to act with only expression. The hardest I would think so far is The InBetween,” Sarah explains, “I had a few scenes with a lot of lines and emotion, but I loved it!”

Sarah’s interest in acting sparked, as Sarah remembers it, when she was about five or six years old. She tells it that she used to watch Disney Channel and told her parents that she wanted to do that. However, Sarah also carries an interest in many other skills including writing, art, music, skiing, and a passion in advocating for animal rights. But among that list, she says that her main hobby is competitive dancing. “I’ve been doing that longer than I have acted. I performed on stage in front of people when I was very young, around five years old. I think that has helped me a lot,” she explains how the hobby helped her with acting. “My dad is still amazed when he sees me act. You guys only see me on the TV, but I’m surrounded by cameras, lights, and about 20 people or more, waiting and watching my every move. He can’t get over how relaxed I am while filming!”

You can catch new episodes of The InBetween Wednesdays 10p/9p central on NBC.

Monday Musings: In Appreciation and Critique of ‘Princess and the Frog’