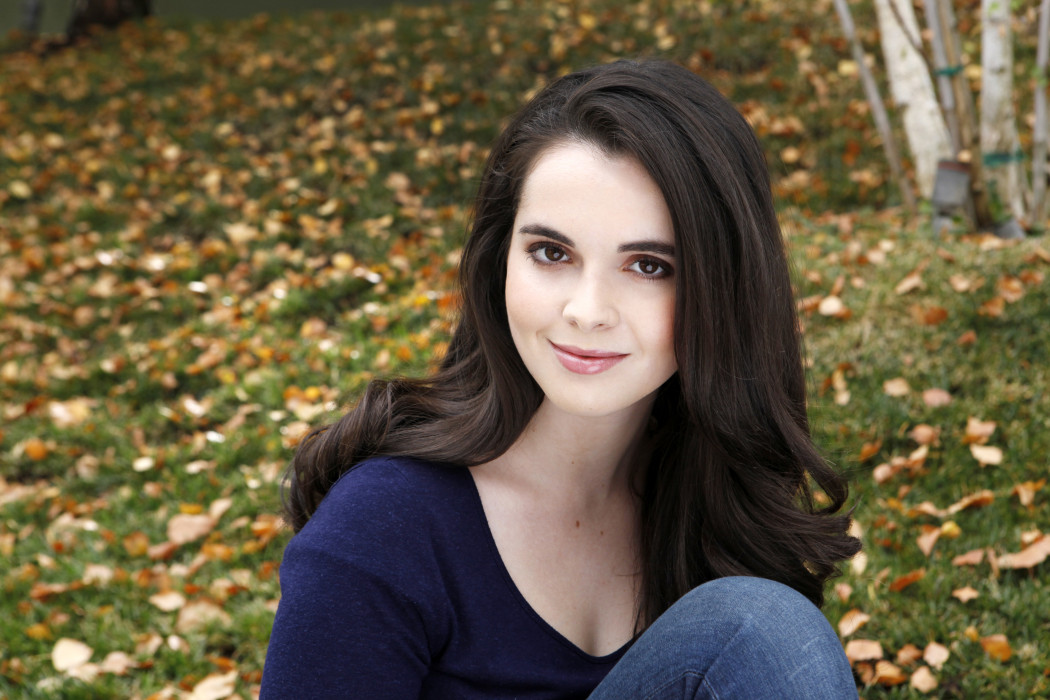 Vanessa Marano proves time and time again that she’s the ultimate package. She’s a talented actress, playing sarcastic and outspoken Bay Kennish on ABC Family’s popular Switched At Birth. She’s hilarious and honest, as seen in her multiple interviews. And she knows English, Italian, and ASL (she may not be at mastery level, but it’s still pretty cool.)

Her mother originally didn’t want her children in show business, but as a young child she managed to impress an acting agency and the match was struck. Since then, she’s gained quite an impressive resume having roles on such shows as Without a Trace, Gilmore Girls, The Young and The Restless, and Dexter. She also scored the lead role of Emily in the Lifetime movie Restless Virgins (2013).

We got the chance to ask Vanessa some questions about Switched At Birth, how she hopes to inspire her fans, who she’s closest to, and we got a small peek at her iTunes playlist!

Teenplicity: Did you do any research on the Deaf Community when you first started working on Switched At Birth?

Vanessa Marano: I went into Switched At Birth knowing very little about the Deaf Community. Over the course of 4 years, I have learned a ton! What is so great about our show is the fact that we get to work with actual deaf and hard hearing actors. The best way to learn about any community is from its own members.

T: Was it easier learning Italian when you were younger or learning ASL?

VM: Well, learning a language is all about practice. My ASL is currently a lot stronger than my Italian because I am constantly using it on the show. What I found interesting is that I had very different experiences learning each language. For example, I understand Italian better than I speak it and I speak ASL better than I understand it.

T: The show has won the prestigious Peabody Award among others, why do you think that it has managed to gain not only support from critics, but a strong fan following as well?

VM: It is one of the more unique shows on television. In fact, I can not think of another show that simultaneously uses two languages in every episode.

T: I read in one of your recent interviews that you were skeptical at first about the Bay/Tank storyline this season, were you worried about the way it was going to framed or the response/conversation that it would spark? How do you feel about it now?

VM: I feel like that episode could not have gotten a better response. It did exactly what we wanted it to, which was to start a difficult conversation. Personally, I think it speaks volumes about our audience. We have done all ASL episodes, “What If” episodes, and now a sexual consent episode. Our audience has supported us every step of the way. They are awesome. I love that we live in a day and age where viewers are not afraid to watch out of the box TV.

T: Since Switched At Birth is so good about speaking out on social issues, what topic  would you like the show to touch on next?

VM: Well, funny you should ask that, this next part of season four will be dealing with a very important social issue which covers a lot of different topics. It should be a very interesting season.

T: What’s usually going through your mind when you’re reading a script for an episode?

VM: How many scenes do Katie [Leclerc] and I have together so we can carpool to work.

VM: I think it shows girls that it is okay to be insecure, as long as you never let those insecurities inhibit who you are. I hope I can inspire the same sentiment. I am a big believer of expressing your personality loudly and proudly.

T: If you could have any role, either in film or on TV what would it be?

VM: Pretty much any role written by Aaron Sorkin would be a dream.

T: When you are not working, what are you usually doing?

T: Who would you say you’re closest to and why?

VM: My little sister Laura [Marano] is my best friend. Nobody gets me like that girl gets me.

VM: Either Bethenny Frankel or Lisa Vanderpump. Obviously, would spend the day reenacting the main title opening sequence of all of the shows.

Finally, we asked Vanessa to put her iTunes on shuffle and tell us the first five songs that played. Here’s what she got:

You can keep up to date with Vanessa Marano by following her Twitter and Instagram accounts both managed by her team.