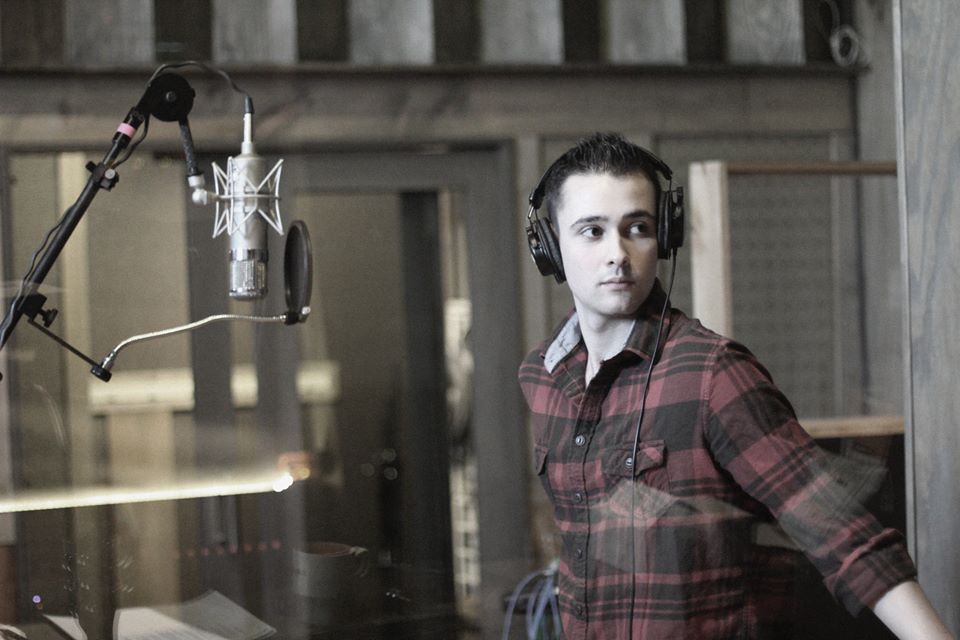 In 2012, blues/rock artist Jack Skuller could be heard on Radio Disney and seen on Disney Channel competing in season 5 of Radio Disney’s Next Big Thing. Three years later, he can be found in the studio recording in the Mint 400 recording studio continuing to do what he loves most, making music. We were given the honor of being able to discuss the thing so near and dear to his heart with him along with getting the chance to hear what he had planned next and what he hoped to see.

Teenplicity: What inspired you to do music?
Jack Skuller: I’ve been around music my whole life. I grew up in Hoboken and my parents would always take me to local concerts and I think I just always admired it as a way of life. It’s always felt [like] the most natural thing to me, so I just studied my idols from the 50s and just watching them and the way they lived and what they enjoyed doing for their entire lives, that’s what inspired me.

T: You mentioned you had some idols from the 50s, can you tell us some examples?
JS: Yeah, I think when I first started playing guitar, some that inspired me were the Everly Brothers, Little Walker, Buddy Holly, Elvis Presley, all of those guys.

T: So, what is your favorite thing about music?
JS: My favorite thing about music would have to be the effect of people hearing it. I think that’s why we’re all doing it. Just write the song in your bedroom or whatever and it gets to the studio, then it gets to the stage and to the peoples ears. I feel that when you’re doing it, you’re not just doing it for you, you’re doing it for a reason, and I think that’s the best part of it.

T: What was your initial reaction to first getting signed?
JS: Oh, I was so excited. I think the most important thing to think about when that happens is that somebody believes in you and that’s just a big deal on its own. And Neal Fabbochino really seemed to dig my sound and know what I was about and he does so much over at 400. He really takes care of his artists. It felt really great to have my music being put on his label.

T: What’s your process when it comes to writing a song?
JS: I think it’s changed a lot. I mean, I’m 19 now and I’ve been writing songs since I was a little kid practically and I think the easiest thing is to write about real things, but, I think my process has evolved into what I see, along with what I feel. I’ll often hear about something in the world or something will happen to me and I’ll start writing down these ideas, almost like poetry in a way, or kinda just writing down random phrases about things that have to do with what’s going on in my head. Because the important thing is there’s this cloud in my head that needs to get out so I can actually see what I’m thinking about, you know what I mean? So as soon as it’s on paper, I grab my guitar and start forming something and a song is born.

T: Speaking of most important things, in a literal sense, what’s the most important thing to you?
JS: *Laughs* [It] would have to be my guitar, I’m obsessed with guitars. Every time I’m writing a song, it’s important to me which one I write with, you know what I mean? Like, I’m not just writing with a pen and paper for the lyrics, I’m literally writing with my instrument and I have 9 guitars and the sound and the playability of each is something I consider when writing a song heavily. So definitely my guitars.

T: Do you have a favorite guitar?
JS: Yeah, my baby is my 1976 Gibson Les Paul Black Beauty because it has 3 pickups and it’s just, *laughs* perfection to me.

T: Who keeps you going?
JS: I watched my dad for years while he was performing as a singer and musician and that’s how I knew I wanted to do it. It kinda felt like a personal legacy to me that I want to live up to and I think, I think there’s a real need for the kind of music that was putting before, but it needs to be changed and it needs to be reformed to modern standards and knowing that a lot of people need that. And it’s not just nostalgia, it’s knowing that aesthetic that people really seem to like, that’s what keeps me going, too.

T: What do you hope to accomplish with your music?
JS: I hope to bring something new into their headphones and speakers. But, I really want to evoke something in them because if my music is doing that, then I’ve done everything I need to do, you know, if I’m making people feel things, making people dance, if I have the power to do that, then I’m happy for sure.

T: What’s a song lyric that has always spoke to you?
JS: I think a song that’s always spoken to me is a song by George Harrison, “All Things Must Pass” ever since I heard that one, I think I was like 12 at the time and I was going through this huge Beatles phase and I heard “All Things Must Pass” on the radio and it really was symbolic of a lot of things to me. I think when it comes to me writing and everything, you can’t be too pertinent with what you have and you can’t take advantage of everything you have. Know that things will come and go, but you can always go after new ideas so yeah, that song has always meant a lot to me.

T: What can we expect from you this year?
JS: This year, I’m going to keep writing and coming out with content. I have, it’s actually pretty exciting, I have a cover of “The Door Song,” coming out on the Mint 400 Records 1967 compilation that’ll be really cool. And I’m performing at Liz’s Lounge which is a biweekly tribute series, so there’s a tribute every other month, so this month it’s Blondie v. The Contenders. So yeah, I mean people can just look out for more performances and more content.

Finally, before we said our goodbyes, we asked Jack what were the 5 things he wanted to do before he turned 45. Here were his answers: