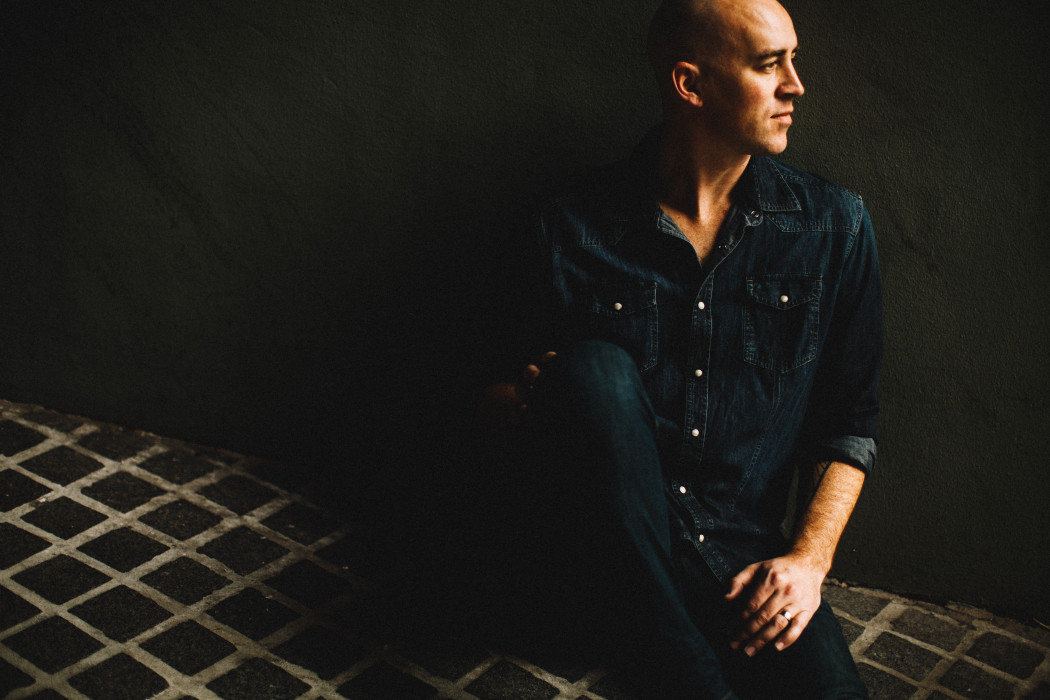 Even if you haven’t heard his name, someone who works on your favorite show probably has. Tyrone Wells’s music has appeared on titles such as Grey’s Anatomy, One Tree Hill, and The Vampire Diaries. His work has even been featured in films such as The Odd Life of Timothy Green and My Sister’s Keeper.

As impressive as these credits are, what truly sets him apart is his uplifting spirit, which permeates his words and especially his music. There’s a positive aura to him that’s impossible to ignore. Between all of the popular heavy and moody songs–which certainly have their time and place–his music is a refreshing change of pace. It reminds us that there are indeed things to be happy about and grateful for.

Tyrone’s new album Roll With It releases today. Before it dropped, he graciously answered some of our questions on music, life, and faith.

Teenplicity:  First of all, congratulations on your upcoming album and tour! Getting into the interview, what were some things growing up in Washington that have inspired your music today?

Tyrone Wells:  Thanks!  Good Question.  I think my best friend in Junior High influenced my music more than Washington as a state did.  He introduced me to a lot of R&B and soulful stuff that still kind of sneaks its way into the music I make.

T:  You’ve talked before about how while growing up you didn’t know of anyone who was really able to make a living out of music. Did that encourage you to defy the odds or was it more discouraging?

TR:  I’m very optimistic by nature… so I was never really discouraged by that.  I didn’t have a chip on my shoulder or anything to prove really.  I just always worked hard, and nothing beats hard work.  Hard work will always equal results. In my case, hard work equals making a living.

T:  Where are you most excited to play while on tour?

T:  How do you pass the time while on the road?

TR:  A fair amount of the time on the road is spent at the venue.  We usually show up in the early afternoon before the show.  We have to get all the gear inside and soundcheck.  When I’m not at the venue working, I’m often doing exactly what I’m doing now.  Speaking to an interviewer, or going over some business with my management.  I’ll also be spending a fair amount of time on Facetime or Skype with my wife and 2 little daughters.  Netflix is also a pot of gold while touring.  I love binge watching something new.

T:  Did becoming a father have any kind of impact on your music itself?

TR:  That’s a great question.  I don’t think so.  I do find myself writing songs about my daughters.  I can’t help it.  I’m experiencing a new type (and understanding) of love.  I don’t think they’ve really affected my music stylistically… although my 3 year old daughter, Aria, really really likes Coldplay’s “A Sky Full Of Stars”, and that has made me want to write something similar.

Two people working together can typically accomplish more than someone working by him or herself.

T:  Do you think your music’s evolved since you first started? How or how not?

TR:  Yes.  Something that definitely helps create an evolution in my music is “co-writing”.  I love to write songs with other people.  When you bring two minds together, you will likely have a better end result.  It’s like life. Two people working together can typically accomplish more than someone working by him or herself.  Also, as I open up the process to outside influence, this helps keeps the music fresh.

T:  What’s your favorite lyric that you’ve written and what inspired it?

TR:  On my new record “Roll With It”, from my song “Overcome” I really like this bit:

“Fires and floods come and devastate the world that we once knew, but the landscape is reborn and starts anew.”

What inspired those lyrics, is seeing beauty come from ashes.  Like when someone comes from something unbelievably tragic or hard, and then somehow overcomes and thrives despite their difficulty or tragedy.  I love stuff like that.  I’m so inspired by some people.   I have a friend named Nick Vujicic that was born without any limbs, and he has gone on to live an incredible and awe-inspiring life.  You should Google him, he’ll blow your mind.

T:  Does it ever get easier to receive criticism about your work?

T:  You’ve also spoken before about how your faith has a big impact on your life and music. Do you think that there are any misconceptions out there about what it means to be Christian in this day and age?

TR:  Great question!  Yes.  It’s amazing!  One person, when thinking of a “Christian” might picture an ultra right winged, self-righteous, know it all, gay bashing, greedy, and absolutely square person.

While someone else might think of a Christian as a generous, gracious, kind, helpful, loving, soulful, wise, humble person.

I guess it all depends on your experience.  I’m working on being like the latter.  One thing is for sure, Jesus was not a fan of the “religious” people of his day, and I don’t think he’d be that big of fan of many of the religious people of our day either. 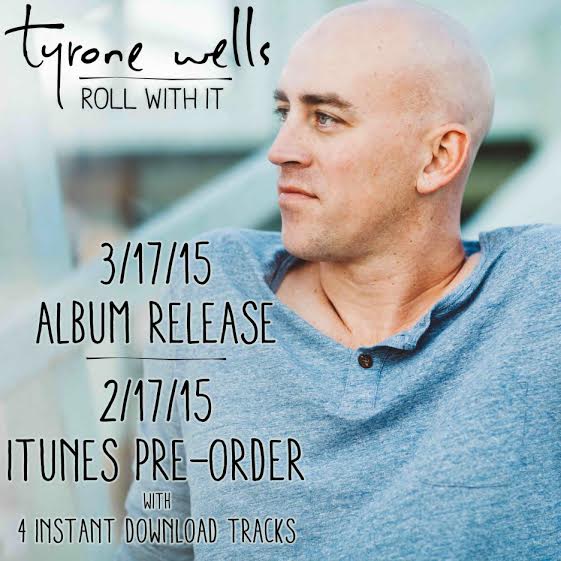 Tyrone Well’s new album “Roll With It” releases today. You can purchase it through iTunes, CD, Google Play, or Amazon. Additionally, you can catch up to him on his national tour.

Paxton Booth on ‘Coop & Cami’ and the World