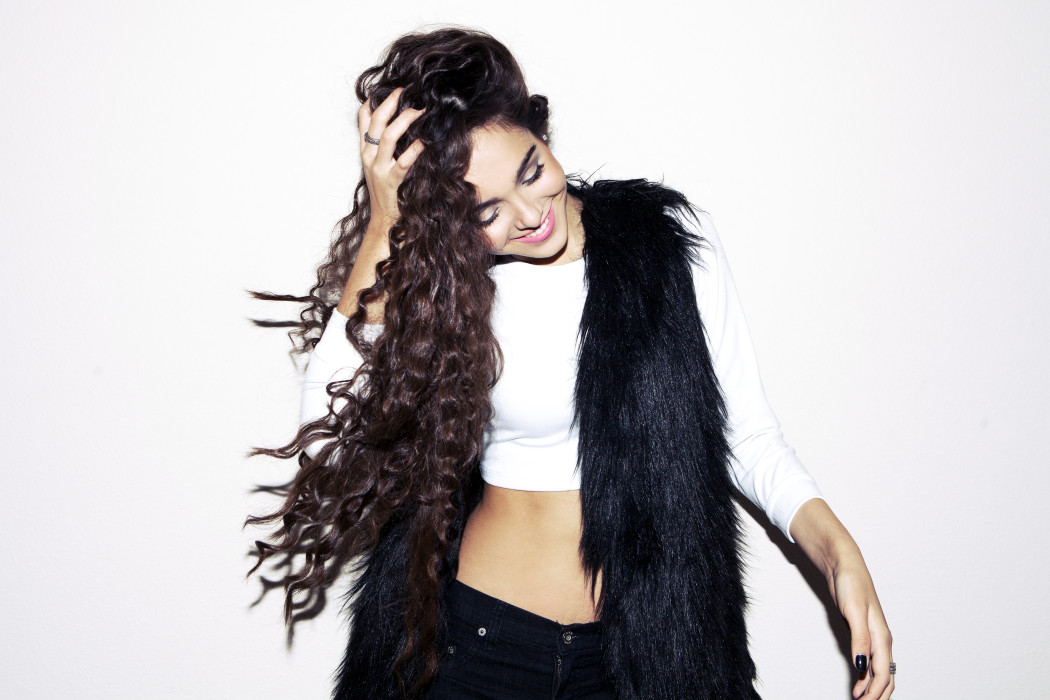 Working hard is something that Sammi Sanchez is very familiar with. As an emerging artist, she has a rigorous background in the performing arts. Starting at the early age of seven, expressed her love of performance just prior to her family moving to New York City. It was here that Sammi took her passion a step further and began to pursue it. “Performing was always something that I enjoyed doing,” Sammi told Teenplicity. “When I was younger, I was very afraid of it. I was very shy and didn’t want to sing in front of anyone. After facing my fears and performing live in front of an audience for the very first time, I knew that it’s what I wanted to do for the rest of my life and knew I wanted to pursue it as a career.” 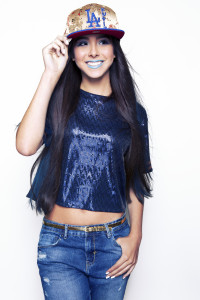 By the age of twelve, Sammi attended French Woods Festival of the Performing Arts Camp, located in Upstate New York. It was also during this year that Sammi was admitted into the Professional Performing Arts School in Manhattan. Attending the school for four years, it was well worth Sammi’s time, especially after the rigorous auditions she endured to get in. “I was so excited and overjoyed,” she remembered, thinking back to when she got the news that she was accepted. “I never really thought I was good enough to get in but it gave me the confidence to work even harder at my craft.”

And work harder she did, perfecting her singing, songwriting, dancing, and acting.

Following her time at the Professional Performing Arts School in Manhattan, Sammi Sanchez released her first single. “I was very anxious and very scared to be honest,” she recalled, laughing a bit. “It was a big deal! I couldn’t believe it!”

Being of Latin descendant, Sammi gained international fans quickly and she recognized the outpouring of support from her Latin American fans. “It was important to give a taste of my Latin side to my followers from Latin America. They kept tweeting and asking for a Spanglish version, so I did it for them!” Although, incorporating her Latina side does not end there. “You can definitely expect both languages in my upcoming music!” Sammi said about writing new music in both English and Spanish. “Right now, I’ve been in the studio working hard on writing and recording lots of new music.”

As far as new music goes… “I don’t have an exact date yet that I will be releasing new music!” Sammi said. She is quick to add, “But I can say that it is coming soon.”

For the time being though, she’ll be on tour with Megan Nicole starting at the end of August. “I am so excited!” she exclaimed. “I am mostly looking forward to being able to perform for all of Megan’s amazing fans and meeting some Sammurais while on the road!” And though she’s not hitting up this venue on the upcoming tour, the one on her bucket list is perform at is Madison Square Garden. “My dream venue would have to be Madison Square Garden! I’ve watched a lot of amazing performers perform there when I was younger. I can’t wait to have that opportunity as well.” With her drive and hard work, it’s not difficult to imagine her playing MSG one day.

In the meantime, there is another tour in the works. “As of right now, it is in the very early stages of planning a Latin America tour. I hope we can do one soon! I would love to go around Latin America and meet all of my amazing followers and perform for them!” 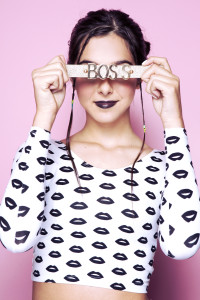 Her fans are affectionately called ‘Sammurais’. “One of my best friends Natalia actually came up with the name when we were brainstorming!” Sammurais comes from the mixing of her first name ‘Sammi’ and the actual word ‘Samurai’, “symbolizing a warrior who fights to achieve a goal”.

Her tireless effort to achieve her dream has not come without obstacles. One of the greatest obstacles she has faced in her life was bullying. “Sadly, bullying is very common and it can really drag you down,” she said of her experience. Her advice for any fans that are going through the same thing? “If you are going through something like this, try and stay positive and think about all of the amazing things in your life. Focus on the people who love you. Bullies are not worth your time!”

Over the past year, Sammi has accomplished a lot, including releasing more music, official videos, gaining fans, and she’s about to tour with Megan Nicole. With so much going on, she’s had this to say: “This year I really learned that when I am passionate about something, it becomes my world. I always put my 110% in something that I love and things that I believe in.”

Something that Sammi Sanchez really loves and believes in? Her fans. “They are always so amazing and supportive!” Directly addressing her fans, Sammi said, “I LOVE YOU GUYS SO MUCH! You are all rad, stay tuned for new music coming soon! Xo!”