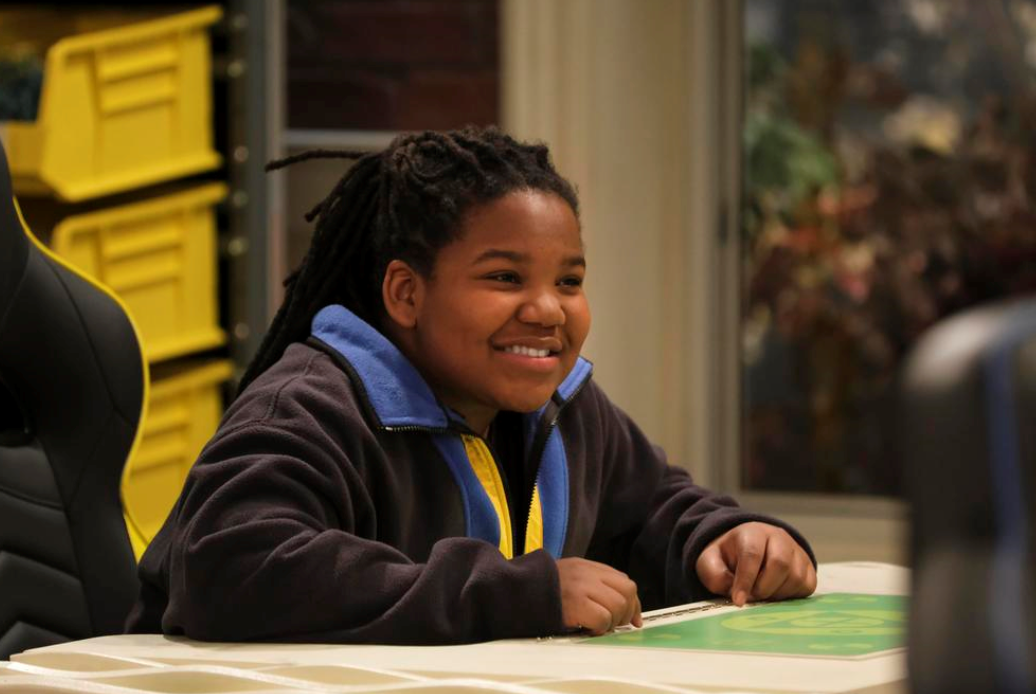 For many performers, they learn from a very young age that they want to entertain the masses. Sometimes it is through small routines in their childhood homes that are put on just for family members or it is by joining a local theater group.

Terrence Little Gardenhigh had a magical experience that led to his growing career in acting.

“I went on a trip to Disneyland with the Boys and Girls Club and we danced on stage,” Terrence says. “I looked in the crowd and saw people smiling and having fun watching us. I came home with stars in my eyes.” He says that this moment was the one where he had a realization. “I knew this was what I wanted to do: entertain people.”

At only thirteen, he has already entertained a variety of audiences. From appearing in shows like Speechless, Just Roll With It, and Henry Danger to taking on the title role of Kareem in Netflix’s Coffee & Kareem opposite Ed Helms, the young actor is already building a steady foundation to continue to grow his career from.

Even though he’s starred in a major movie, it’s easy to fans to forget that he still gets nervous. Especially when it concerns something that he is a fan of. One example of this comes from Danger Force, a spinoff of the wildly successful Nickelodeon super show, Henry Danger.

When asked if he was nervous about introducing the fans to this new superhero team after the original series ended, Terrence says, “Yes, a little bit because I loved Henry Danger. I wish we could have just been added to the show. Since I was in the last few episodes of the show, I felt confident that we could carry the torch and they would be proud.” 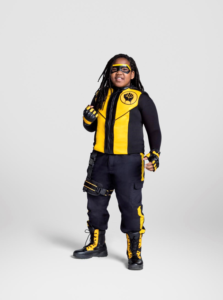 In his appearance in those last episodes, Terrence’s character Miles, along with his sister and two others, accidentally get superpowers when trying to weaken Drax, an old enemy of Captain Man. With new superpowers now in their hands and Captain Man without a sidekick, the group joins together as Danger Force, helping to keep Swellview safe from villains.

Being a superhero means keeping your identity a secret so that none of your enemies can find out your weaknesses. This also means supersuits, the perfect attire for a superhero.

“Awwwwh man. I actually felt powerful!” Terrence begins when he reflects back on suiting up as his character’s alter-ego AWOL for the first time. “I loved how I looked, and it seemed as if they tailored the suit to fit my personality. The real me.” He goes on to reveal, “The fist on my costume is my favorite part of the suit.”

When AWOL has downtime from keeping Swellview safe, he goes by Miles. Describing his character, the actor says, “Miles is wise for his age and proud of who he is. He is very confident the Universe is guiding him to a great destiny.” That destiny just happens to include being a superhero.

“He loves it because he always fights for the underdog,” Terrence says of his character’s occupation. “Miles feels that it can only make it better for him to do good.”

Of course, this whole situation is new to him. He was suddenly thrust into the superhero world and he still has a lot of figuring out to do – like how to properly work through his power of teleportation.

He loves it because he always fights for the underdog.

“Trying to keep Swellview free of criminals and learning how to use his superpowers at the same time,” he lists as big challenges his character will face this season. However, there is a peace of mind with the fact that Miles is on Danger Force with someone he knows very well and won’t have to keep his secret from – his sister Mika.

“They are super close because they are twins, but they are soooo different in the way they handle things!” exclaims Terrence. This provides an interesting dynamic on the team as they have each other’s back from the beginning while the rest of the team has to understand how to work together as one.

“Miles loves being on a team with his sister because he can be there to protect her,” he says. “He can also show her that he is smart too because she is known for being the one with the brains.” That isn’t the only thing that Miles brings to the team.

As AWOL, he has already helped the team out of sticky situations. There’s still some learning he has to do, just like everyone else, but he doesn’t falter in the fact he knows he will get it done someday soon. “AWOL brings confidence in just letting things naturally happen.” Terrence adds about his character, “He is ready to help no matter what the situation is.”

Looking back at the work they’ve done this season, Terrence cites the very first episode as his favorite. “I couldn’t believe it was me on the TV screen,” he says. One can imagine that awe and shock that still fills his voice from the revelation. “Sometimes I still feel that way. It is something I only used to imagine.” 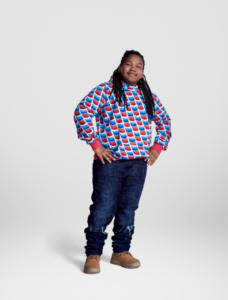 Now that he has been on-set, he’s learned plenty from his experiences filming alongside the Danger Force cast and crew.

“I have learned that using my instincts helps to bring the vision of the writers together,” the young actor explains. “I’m not afraid to say what I think Miles might do in a certain situation. Most of the time, I’m right.”

Overall, Danger Force has provided an environment that Terrence hasn’t had much experience with. That’s not to diminish the amazing times he had on other sets.

“I was really the only child on the set most of the time while filming Coffee & Kareem. I had big steps to follow. I was focused on making sure I could do as amazing as the actors I was working with.” He says of the difference between the film and his television show, “On Danger Force, it was less pressure because we were all kids just having fun. We all just had fun eating together and going to school together.”

When speaking with the cast of Danger Force, there were five questions each cast member was asked. Here are Terrence’s answers to those questions!

TERRENCE: I would love to be invisible so that I could scare people by knocking things over and watching them run.

TERRENCE: I would travel alllll over the world. I would visit places that I probably would never get to see in my lifetime.

TERRENCE: Volt! I would love to blast things and send electric shocks to the people I catch doing wrong things to other people.

TERRENCE: My mommy for sure. She can do anything, and she will do anything for me. I would not be acting if she were not by my side. She knows how to bring the best out of me, and she does not lie. She will always tell me when I’m doing good and when I’m not. She makes me give it my all because she gives me her all.