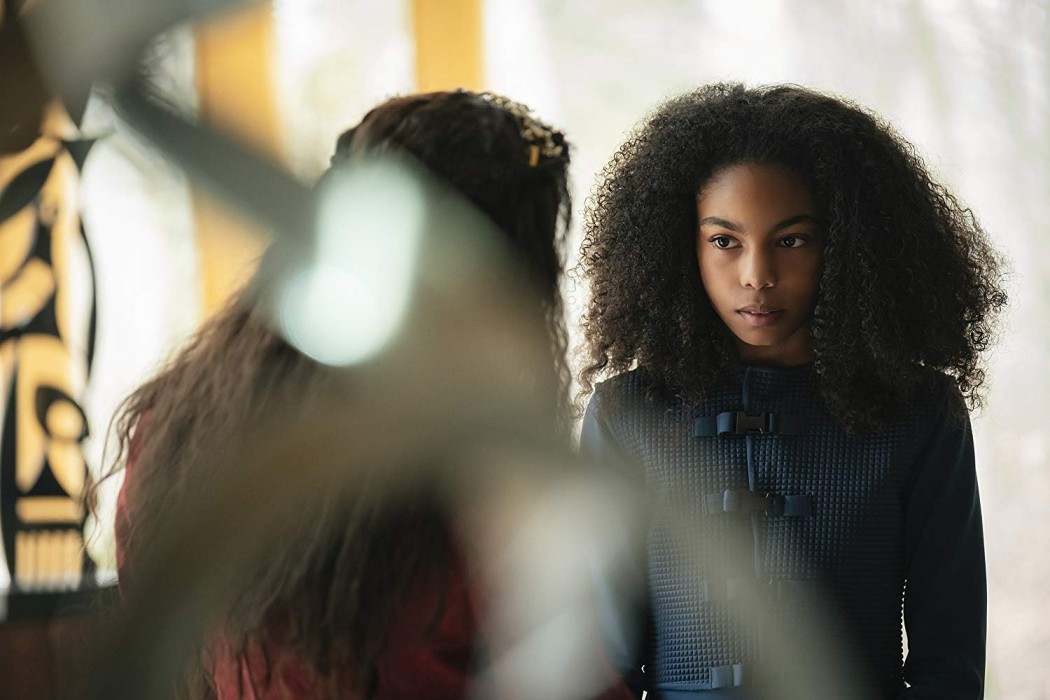 It’s always wonderful when moments and opportunities in life can feel like the universe allows things to come full circle. Arista Arhin describes the idea to go into acting with one word: spontaneous. And though she describes it as kind of just happening–first with modeling at 10 and letting those print gigs progress to commercials which then became bookings for roles on shows including Odd Squad, she has previously mentioned that seeing actresses like Zendaya and Skai Jackson on screen influenced her interest.

A 14-year-old award-winning actress in Toronto, I’m certain that where she is currently in her career with the roles she’s playing is only the first full circle of many. In our interview, she shares the hopes to explore the world of thriller and horror films to add to her already balanced resume that includes both drama and comedy (which also includes Second City training). In another interview, she’s expressed interest in wanting to be on Stranger Things. (For the record, I am wholeheartedly behind this idea–I also can’t stress enough that I immediately went “she might actually be Hermione Granger” when I saw her.)

Right now, however, she’s contributing to making history (no big deal) by playing the younger version of Michael Burnham, the first Black woman to lead a Star Trek series. 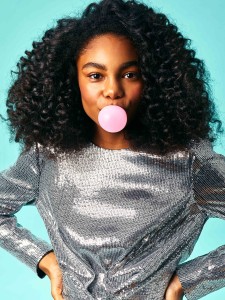 “Portraying young Michael Burnham was both thrilling and challenging,” Arista reflects. As the protagonist of the latest installment of this franchise, Michael has already gone from a commander to stripped of that title, to working to return back to in trustworthy graces when she’s recruited to help end the war with the Klingons, back to title of commander. This is essentially the (spoiler-y?) bullet points that hardly scratches the surface of her ongoing, ultimately complex arc.

Through flashbacks, we see Michael’s experiences when she was younger as she was adjusting to being orphaned and being a human raised in Vulcan cultures and traditions. These flashbacks add context to why Michael makes the decisions that she does: from her dedication to prove her worth and show what she’s capable of doing to her internal conflict of bottling up human emotions in order to rely predominantly on reason and logic when making decisions the way Vulcans do. Arista shares that in order to help connect the pieces and find her way, she looked to and studied how Sonequa Martin-Green was crafting and playing the character in the present.

Personally, I was most inspired by Sonequa [Martin-Green], who was the greatest mentor I could have hoped for and someone I could talk to about my other roles as well.

“Considering that Michael Burnham is a new character within the Star Trek universe and the first human to be raised on Vulcan, I put a lot of pressure on myself because I felt a great sense of responsibility to portray this character as authentically as possible,” she explains. “On the other hand, I was really excited to play Spock’s adopted sister and someone who suddenly became part of his iconic sci-fi family.”

Getting to create and contribute to Michael and Spock’s ever-evolving relationship has been both an honor and a joy for Arista that she teases will continue to evolve as the show goes on. She also acknowledges James Frain as well for his role as Sarek (Spock’s dad and Michael’s adopted dad) and his helpfulness with the emotional scenes and providing context.

The development of Michael Burnham as a character stemmed from creators Bryan Fuller and Alex Kurtzman’s appreciation of the rich history of Star Trek and the underlying intention to showcase race relations and power. “I have done research on my own and have watched Star Trek: The Original Series studied the scripts and how my character fit in the overall story arc,” Arista shares when I ask her about her own personal development of the character.

Part of Star Trek‘s cultural impact was translator and communications officer Uhura who, played by Nichelle Nichols, made history as one of the first non-menial Black characters on American television. Along with her influential contributions to the franchise, Bryan Fuller also based Michael off of real-life Black game changers Mae Jemison and Ruby Bridges.

“Personally, I was most inspired by Sonequa, who was the greatest mentor I could have hoped for and someone I could talk to about my other roles as well,” Arista praises the actress. “Each time I was on set, she made sure to come and be there for me. She brought amazing energy to set.” 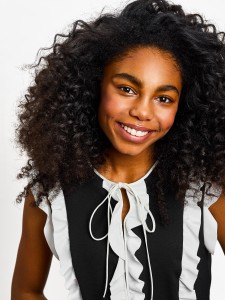 Outside of Star Trek: Discovery, Arista plays Alicia on Family Channel’s new show Bajillionaires–yet another honor to play in her eyes. “It was very fun to switch between two completely different genres, comedic and dramatic, and play characters who are very different, and yet similar in certain ways,” she begins when we discuss going between the two worlds. “Both Michael and Alicia are strong female characters, who are committed to their work and are highly intelligent. I felt inspired to tell their stories.”

“There aren’t many geeky girl roles on TV so I was very excited to audition and eventually get the role of Alicia Windsor,” Arista takes me back to what drew her to audition. “Alicia is the company’s Chief Product Designer; she is constantly making prototypes for new projects.” It’s Alicia’s dedication and determination that really spoke to Arista especially in the way that it adds to her interactions with the group. “As the newest member of the team,” she says, “she is desperate about setting roots and building some lasting friendships, which might be difficult as she can sometimes be brutally honest.”

With a strong work ethic and an enthusiasm for STEM, Alicia carries the title of an engineering genius and a coding savant. “I have done some coding at school and playing this role has definitely inspired me to improve those skills. Also, my character definitely had the most technical terms and I can confidently say that my vocabulary has increased a lot due to Alicia’s expertise in STEM,” she shares when I ask her about if she’s developed any STEM-related skills since booking the role.

Since the first reviews, Bajillionaires was being deemed as what was bound to be young folks favorite new show. For Arista, she praises the show for uplifting instead of talking down to young folks for comedy. “It is such a smart show about a group of neighbourhood friends who try to invent an amazing product that would hopefully change the world for the better,” she explains. “They face the same challenges as entrepreneurs, and they need to find investors, pitch products, deal with copyrights, etc. I think that kids and viewers, in general, will be able to relate to one of the characters and will enjoy their journey to finding that BIG idea.”

Both Michael and Alicia are strong female characters, who are committed to their work and are highly intelligent. I felt inspired to tell their stories.

“My favourite part of Bajillionaires is that it promotes positive messages such as the importance of friendship, youth empowerment, and believing in yourself, and that failure is part of the journey to discovering something amazing,” Arista exclaims.

While both her current main roles give space for why representation matters and shares messages through narrative-based storytelling, Arista also carries a strong head on her shoulders and dedication to the work she loves–something about her that is clearly threaded through Michael and Alicia. “My advice would be to always come to work prepared, work hard, be professional, and, most of all, be patient, especially when it comes to waiting to hear back about an audition. Stay true to yourself and determined to fulfill your dreams,” she offers for any young actors.

For her personally, however, Arista credits her mom as her biggest inspiration. “I admire her work ethic, her determination, and her heart of gold,” she sings her mom’s praises when asked who are some of the women she’s inspired by. Meanwhile, in what I’m deeming is yet another full circle moment, Arista shares with me that another inspiration of hers also manages to be her all-time favorite actress: Emma Watson, “I loved seeing her mature and grow from Hermione Granger in the Harry Potter film series to Belle in Beauty and the Beast and other roles. I also find her work as the UN Women Goodwill Ambassador very inspiring.”

You can stay up to date on all things Arista Arhin by following her Twitter and Instagram accounts.

Inside the Free2Luv ‘UNSTOPPABLE’ Event Part I

Check out Part 2 of this interview featuring GabrieLa, Britten Healey, and Serena Laurel here. In 2011, Free2Luv came into fruition as a platform…