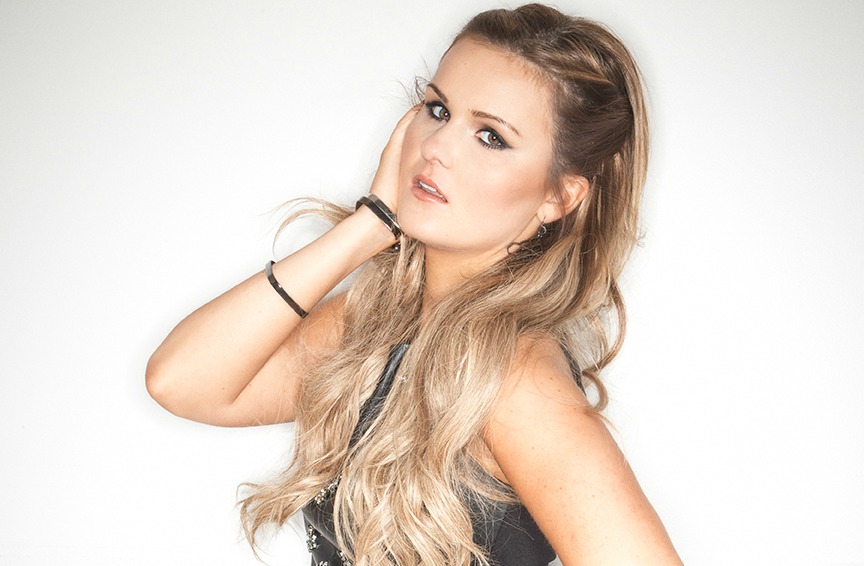 Ashlee Keating already has quite a few outstanding credits under her belt. She’s toured with artists such as Demi Lovato, Raven Symone, and Keke Palmer. Worked with Grammy award winning producers and songwriters such as Devine Evans, Mike Mani, and Jordan Omley. And now has finished a lead role in an indie movie titled The Mint alongside Jenni ‘JWOWW’ Farley and Kristina DeBarge. Not only that, but her new single “Red Eye” just recently released, much to her fans excitement receiving amazing feedback for not only Keating’s beautiful vocals, but the catchiness of the beat and the craft of the lyrics as well.

Speaking with Ashlee, right off the bat I could tell how down to earth and genuine she is. Music isn’t just a career for her, it’s her life and without a doubt, it flows through her veins and motivates her every step of the way. We talked about the meaning of her new single, The Mint, some of her favorite music (spoiler alert: She really loves her homegirl Demi!) and what’s next for this rising star.

Teenplicity: When did you first realize that you wanted to be a musician?

T: Where did you get the inspiration for your new single, “Red Eye”?

AK: Well, I worked with Sean Douglas who is an incredible musician and writer and producer. He was incredible to work, I didn’t really write on the song, but it’s very dear to my heart and it’s different than what everyone’s heard from me. It’s more of a midtempo ballad and it talks about being away from home and someone you love and missing them and being on a red eye flight heading home to see them again. That’s very, you know, relatable to me as an artist since I’m traveling all the time and busy. 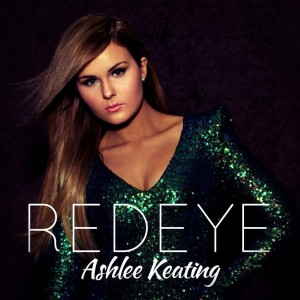 AK: Music is everything to me and it just really conveys a message that whatever you’re feeling in that moment you can listen to a song and relate to it and make you feel amazing. And I feel like with my lyrics, I really want my fans to be able to do the same thing and listen to them and go “wow I’m going through that right now.”

T: Is there a specific song that has spoken to you in that way?

T: Can you give us some examples?

AK: Sure, there’s a Demi Lovato song that I love that really is a great message, I’m trying to think of the name of it…Oh! I really love “Give Your Heart a Break” by Demi Lovato, “Skyscraper” is amazing, too. Those messages are just really, really great. But, there’s a lot of songs that just really speak to me as an artist.

T: So you mentioned messages, do you have a message that you go by?

AK: To be honest, right now I’m working on my new music and I’m kinda, you know, vibing in the studio making songs that really resonate with me right now. So I don’t have that definite message at the moment, but I will soon and I’m excited about it.

T: Now, you also just finished working on your new movie, The Mint. What was that like?

AK: It was an incredible experience, I loved working on it. I played a leading role, her name is Samantha Cole, a southern girl from Tennessee from a small town and it was amazing because I had the best of both worlds where I had music and acting in film. I recorded some music for the film that’ll be there and you know, the whole cast and crew the director, everyone was so incredible to work with and I’m hoping that everyone will love the movie and that it’ll come out great and I’m really excited.

T: Do you have any songs from the movie that you’re really excited about people hearing?

AK: Yes, definitely, it’s a little bit different than my direction and sound. So one of the songs I wrote for my character, specifically for Samantha Cole and I wrote, recorded, tracked all about my character and what she was going through and that was really fun to record and I really excited for everyone to hear that. But, there’s just so much good music in the film and I really can’t wait for everyone to hear it.

AK: It was so much fun, everyone was so much fun to work with. During part of the film, I actually stayed in one of the houses that we shot at which was really cool, it started to feel like my home and that was just so much fun and we became a little family. At the end of the film it was just bittersweet and I loved everyone and we always had a great time.

AK: That’s a good question. I’ll say, I think an experience I’ll never forget is the time I was on CBS Star Search. I got elected for the last round of Star Search with Arsenio Hall and it was the first time I had ever come out to L.A. I was ten years old and absolutely loved it and I just, it was amazing and performing on national television on CBS and winning my first round it was just, it was incredible and I’ll never forget that experience.

T: Overall, what can we expect from you this year?

AK: Definitely working really heavily on my new music right now, really excited about that, and you know getting ready for some performances, rehearsing, new videos. The movie is coming out this year which is exciting. And yeah just got a lot of amazing things going on.

T: And finally, if you could be anyone/anything for a day, who/what would you be and why?

AK: *laughs* Good question uh, let me see, I think, hmmm, let me think about that. I think to be honest, I really would love to step in the shoes of Michael Jackson, I think he was an inspiration to me and absolutely an incredible performer and I think it’d just be interesting to see what a day of his life was like. You know, I just would have loved to have met him and he was such an inspiration to me so.

T: Is there anything specific that you would probably do as Michael?

AK: It’d be cool to you know, meet some of my fans and do a performance and just give back to charity, you know he was such an icon and  I think it’d just be so cool to give back