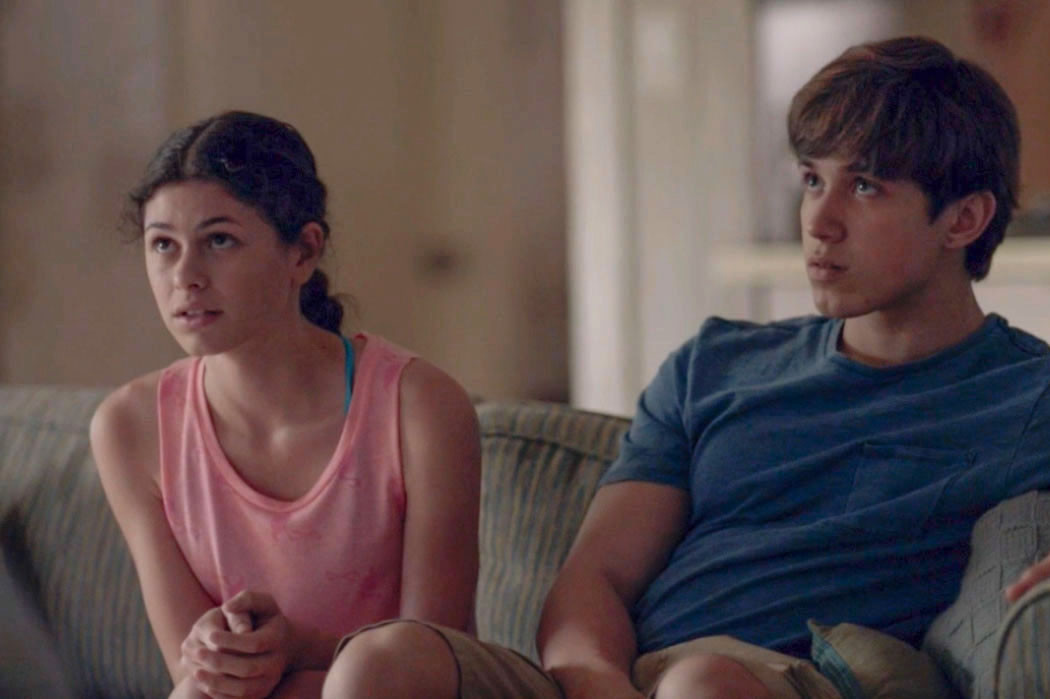 Netflix’s original drama Bloodline focuses on the Rayburn family after the return of Danny Rayburn turns their family upside down. On the show, Brandon Larracuente plays Ben Rayburn, the son of John (Kyle Chandler) and Diana Rayburn (Jacinda Barrett).

The quieter one of John and Diana’s children, Ben usually stays in the background keeping out of family drama as much as he can in a family like the Rayburns. “Janey keeps on asking questions and Ben observes things from the outside in,” Brandon commented on how he thought Ben managed to stay more innocent than Ben’s sister Janey from everything going on. “But, I don’t think he asks questions because he respects his dad and whatever his dad says goes. You know, his dad is the man of the house. But Janey, being the person she is, she’s always asking questions and she wants to know why and I think I just take a seat back and respect my dad and say ‘Listen, how you handle this is respected.'”

However, with season three of the show officially renewed and set to premiere next year, Brandon hopes we get to see more of Ben’s contribution to the family, “I don’t think we’ve seen everything about Ben there’s more to Ben but we haven’t seen it yet. We haven’t really established his character yet, I think he has a lot more to offer especially now that everything is going down with Danny’s son, I think especially now that my sister is more involved and she’s being threatened and stuff and now that our entire family, our lives are on the line, I think Ben’s going to play an intricate part next season. Especially now that his dad is involved in all this messed especially with him leaving the keys after the last episode.” 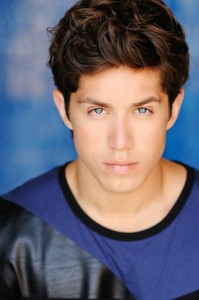 When Brandon and I spoke, the status of the show being renewed was still unknown and in the air, but the excitement from viewers about the show’s recent release of season two was evident. “I don’t know if you’ve watched season two yet, but I mean, the ending of season two just, everybody has been messaging me like, ‘When is season three coming back?!’ Because I think that’s what keeps everyone drawn in is that fact that every single episode you wanna keep on watching because something else is going to happen so it has to do with the plot,” Brandon shared about why he thought so many people were interested in the show and how the cliffhangers contributed to that.

But, if you’re hoping to ask Brandon about what plots and cliffhangers might come in season three, you’re out of luck because most likely he has no clue. “They usually send us the script the day before or two days before, but I mean, everybody finds out really like the day,” Brandon explained about how far in advance the cast usually knows about the show’s storylines. “So it’s great, it keeps us on the edge of our toes.”

“Honestly, it would have to be that Danny has a son,” he said of his favorite Bloodline surprise so far. “I think that was the last thing everyone expected and the fact that he has a son brings so much havoc and chaos and I think that’d probably have to be my favorite one.”

Born to two NYPD officers in New York, Brandon’s first pursuit was baseball. When his family moved to Florida after 9/11, Brandon got involved in acting before getting his Associates degree (and working on his Bachelors) in Broadcast Journalism. “Well, I played baseball in high school and baseball was my first love before acting and then as I got older and I gave up on baseball because of acting,” he explained about his decision to get a degree in Broadcast Journalism. “I figured you know why not combine the both of them, talk about sports on tv.”

As for any television shows he’d want to work on, Brandon called out two big hitters, “I’m a big fan of Walking Dead, I think everyone is, that’s, like, the big thing now. But, I’m a huge fan of Ray Donovan. That’s a really good show of mine. I would love to be a part of that show if it were possible or Walking Dead I just, I haven’t met one person that does not watch Walking Dead that’s just a hot ticket right now.” Well, he hadn’t talked to someone who hadn’t watched The Walking Dead until our interview. Completely shocked, he guaranteed that even though the show has a lot of seasons, it’s worth the watch.

Brandon actually got his start in acting by studying drama in his school’s Thespian Society. He’s appeared in plays such as Charlie and the Chocolate Factory, It’s a Wonderful Life, and The Pied Piper at the Orlando Repertory and Shakespeare Theatre. “Yeah, I’m not going to throw anything out the window just yet,” He replied about if there was a chance he might return to theater again in the future. “I mean, starting with theater, that was my first foot in the door to the acting world and it got me started so I think yeah if the opportunity arose I would love to do theater again.”

“When I first started my first few commercials and roles on TV shows it’s just the voice. One thing is you can’t shout and project on camera because everything is so close and personal and I don’t it’s just like you have to put on a show and be very voice risen person and be loud when you’re doing theater,” Brandon said distinguishing the differences between working in theater and working in film. “When you’re on camera, I mean the camera catches every single eye movement every single reaction so I think just adjusting from theater to camera it was actually a little difficult for me at first.”

As for the works coming up for Brandon? “Well I’m actually on hold for something I can’t say just yet but that films in six months so hopefully I can hear back from that and Bloodline season three.” You’ll also be able to see him coming up in the show Thirteen Reasons Why, Max Steel, Rings, and the reboot of Baywatch featuring Zac Efron.

You can stay up to date on all things Brandon Larracuente by following his Twitter, and Instagram accounts.

Season 2 of Bloodline is now streaming on Netflix

“Stuck in the Middle” with Jenna Ortega

In recent years, The Walt Disney Company has thrown its full support behind Science, Technology, Engineering, and Math education (STEM, or, as of recent,…