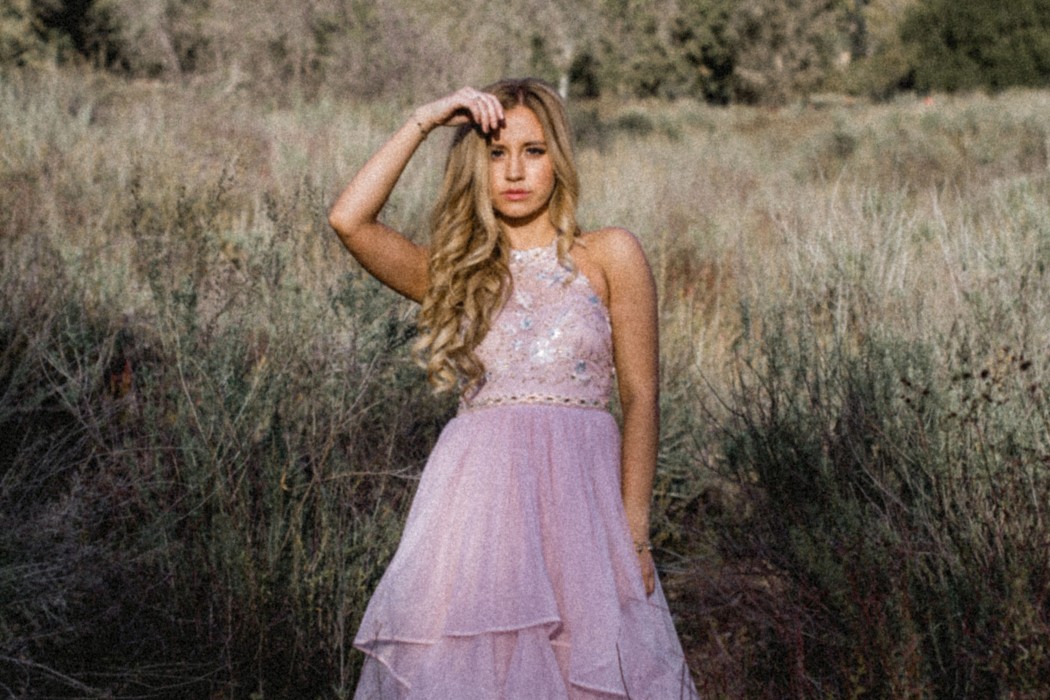 Detroit-native Callaghan Belle discusses her new song about her hometown, the trying process of creating her music video, and what fans can expect during the rest of 2019.

Moving almost halfway across the country to somewhere completely different from what you’ve known all your life is a scary concept. Actually going through with that is as terrifying as it is exciting.

Callaghan Belle knows these feelings all too well.

Packing up her belongings and moving from Michigan to California changed her life, according to the singer, and by extension, changed everything about her music. “Growing up in Detroit, I was pretty isolated when it came to making music. Being in Los Angeles has taught me to collaborate and realize that making music can be fun,” Callaghan says. “I’ve gathered so many life experiences here and ultimately these experiences have kind of written my songs for me.”

The song that really sticks out, though, is about Detroit.

I think that’s why the vocal sounds so raw and vulnerable – there was a lot of pressure and emotion coming up.

It’s a love letter to my hometown; it’s about being homesick for a sense of belonging,” she says of her song “Dear Detroit”.

The song presents itself with its songwriters’ vulnerabilities on full display. As Callaghan softly sings the comparisons between Detroit and LA, there’s a sense of loneliness and the sensation of being a fish out of water. “Dear Detroit, I don’t think they get it here…” she sings at the start of the chorus, pointing out the differences in LA and the lies that seem to surround everyone as she craves authenticity. She finishes the chorus by singing, “Some fools call it paradise. And I thought I’d write to tell you… Dear Detroit.”

“I think one of my favorite [lines] is actually the first line – ‘Breaking homes with Louis bags or Louis sluggers.’” Callaghan says before jumping into an explanation. “The point is that a home can be broken because of poverty or it can be broken because of the poverty you create. Maybe you don’t need to keep a baseball bat in your home to go after intruders like my dad did growing up. But if you don’t know how to love, then you’re probably just as scared, right?”

The singer reveals that the song was recorded in her basement in Detroit.

“At the time, I was in a pretty vulnerable place where people kept telling me to find my sound and no one would actually offer help.” Rather than wait around, she took her music into her own hands, quite literally. “I ended up writing, producing, and recording this one on my own. I think that’s why the vocal sounds so raw and vulnerable – there was a lot of pressure and emotion coming up.”

When asked whether it made her nervous to showcase this vulnerable side of herself, Callaghan expresses how she embraced it instead. “To be honest, it felt completely authentic,” she says. “And being real never makes me nervous.”

Instead of overreacting or overthinking, I write a song.

The songwriter was, however, anxious to see how people reacted to the song and if they could connect with it since it is so personal. “It’s been a really fortunate, wonderful experience for me. Apparently, everyone can relate to feeling out of place.”

The music video for “Dear Detroit” premiered on YouTube a few weeks ago. Thinking of the process to create the video incites a laugh from the singer.

“Making the music video will forever be one of the most challenging follow-throughs of my life,” Callaghan says good-naturedly. “To give you some context, the day before we filmed footage in Detroit, the director of photography broke his foot. Then we planned on getting some additional footage in Malibu, and the wildfires broke out on the beach we’d pick. Not to mention, I’d met the editor for the video through my boyfriend at the time and we broke up before the editing process was over.”

Rather than let these instances break down and ruin the video, Callaghan used them to add to it. “All of these events plus some tragic moments in my personal life filled this video shoot with so much emotion that it really ended up capturing the song perfectly.”

Callaghan already does a great job of capturing those emotions in her song lyrics alone. Writing since she was really young, the singer says she’d write a couple songs every day. “I didn’t realize there was anything unusual about a little kid writing music.”

Her first professional experience in the music industry was with Bob Seger, singing background vocals. “I was around 10 years old – and the memory will forever be one of those once-in-a-lifetime moments that’s blurred by little kid brain.” She recalls with a laugh, “For example, instead of being star struck, I remember trying not to laugh while we were recording and wondering what snacks we were going to have after the session.” She then signed her first record deal as a high schooler. “I’ve been working professionally as a songwriter ever since.”

I feel like we both approach lyrics as poetry and she has been one of my biggest inspirations in that sense.

As she expresses her feelings through her music, the singer has been able to learn about herself in the process. “I think it’s similar to how they say that journaling helps you find yourself and sort your life out,” she considers with a laugh. “In the same way, writing music helps you process your emotions. Instead of overreacting or overthinking, I write a song.”

When it comes to musical influences for her own creations, Callaghan exclaims that she has so many. “The Beatles, Lana Del Rey, Kelly Clarkson, JoJo, The Pretty Reckless, Troye Sivan, Dolly Parton, Led Zeppelin, Aly & AJ…” she offers, just to name a few. There is one artist in particular that she’d love to collaborate with.

“I would adore the chance to write a song with Lana Del Rey. I feel like we both approach lyrics as poetry and she has been one of my biggest inspirations in that sense.” Thinking again, she adds, “I’d also love to sing something with Harry Styles. I feel like our voices might sound nice together? But also, swoon.” Teenplicity is hoping this will happen soon!

In the meantime, Callaghan promises for more new music coming soon. “Yes!” she exclaims. “Much, much more.”

She confesses, “To be honest, I’m already working on the second EP even though the first one hasn’t been released. It’s a bit more pop.” In comparison to her first EP, Callaghan says, “I made a joke on Twitter that the first EP is cute, but the second is a tiny bit savage.” She laughs for a moment. “I stand by that statement.”

Fans will have a lot to look forward to in 2019 as they anticipate the release of this first EP. “Sovereign,” Callaghan says is the title. “Reaching more people through my music and finishing up the second EP,” are her other goals for the rest of the year.

One goal she hopes to accomplish over the course of her career?

“Ugh, I’d love to win a Grammy. Or be nominated. I know that might be a bit ambitious, but a girl can dream.”

You can listen to “Dear Detroit” on Spotify, Amazon Music, Apple Music, and Tidal, or purchase it on iTunes!