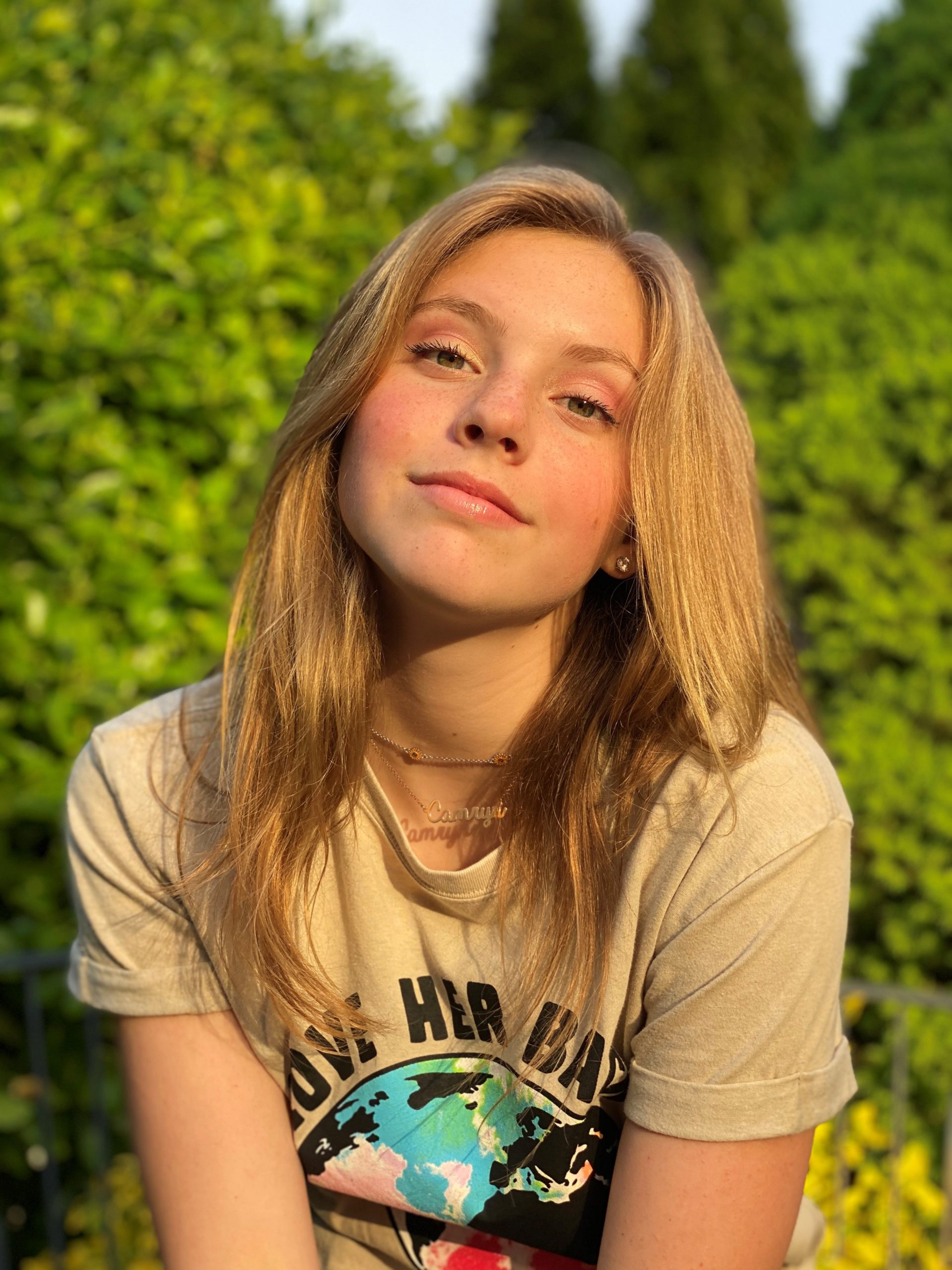 For singer Camryn Quinlan, she possesses the rare quality of which her talent is as big as her heart.

Since she was young, Camryn has been using her platform to promote important issues concerning youth and raising awareness on how to help, either by performing for local charities or by donating proceeds to important organizations.

“I’m really lucky to have a platform to reach a lot of people,” she says of her passion and how she uses it to help others. “I want to use that privilege for good. It’s just something I feel in my heart.”

Music has always been something that tugged at her heart strings. Camryn cannot think of a time in her life in which she didn’t harbor a love for music. “I wanted to perform and sing for myself, so I asked my parents for piano lessons,” she recalls, citing the piano as her favorite instrument. Her followers regularly see her playing piano as she performs songs on her Instagram and TikTok pages. Every so often, she’ll pick up a guitar to play along.

Every person in your life teaches you a lesson.

“I started taking formal lessons when I was six years old,” she says. “That’s when I started performing in public.”

Camryn’s talent and enthusiasm extends past performing. Behind the scenes, she is also a dedicated songwriter, writing her first original song at ten. Many of the clips she features on her social media pages are snippets of her own original songs.

The young artist says, “My songwriting process changes a lot. It really depends on what comes to my head first.” Most often, according to the artist, is that piano chords will come first and then she will continue from there. “Inspiration comes from my everyday life. Sometimes from movies or books too,” Camryn continues about her songwriting. “But mostly just from observations I make.”

More than that, Camryn is also taking the driver’s seat when it comes to delivering the incredible visuals to accompany her music. In the music video for her single ‘Monsters’, the singer takes viewers straight into a horror film. From the flashing lights, tilting camera angles, and the chilling haunt of another girl in the house right behind her, an unsettling yet mesmerizing feeling takes root, ultimately taking one’s breath away.

“It was so exciting,” Camryn gushes about the experience. She explains that the video was shot at the Meadow Croft Estate in her Long Island hometown of Sayville. “The house was beautiful, and the concept of the video was really interesting.” She goes on to explain, “In the video there is a ‘Monster’, but it was really my best friend Emerson. We just thought it was a cool vibe to make it a little scary.”

I have learned that it is really fun to collaborate with other artists and you can enjoy the process even more because you have someone that’s going through the exact same experience.

Following ‘Monster’ is her most recent single, ‘Ain’t No Second Chance.’ Discussing the song, the singer says, “I would describe it as a life lesson knowing that not all the people that come into your life are meant to stay there.” It’s a lesson that she hopes sticks with listeners as well. “I hope they learn how to know who is meant to stay in their lives. Every person in your life teaches you a lesson.”

Thinking of the lyrics from the song, she quotes, “‘I’m sitting on the floor, crying to myself/How am I so dumb/I’ve been through this hell.’” Camryn claims this as her favorite. “I think a lot of people can relate to the feeling of just being mad at yourself for letting this happen.”

This isn’t the only relatable content that Camryn has produced. Aside from her growing TikTok page, her original songs on Instagram are garnering big reactions from her fans. When TEENPLICITY tells her that ‘4WALLS’ is our favorite, she can’t help but gush, “Thank you! ‘4WALLS’ was so fun to write. It’s one of my favorite quarantine songs.” The songs she has been performing and posting from her home during quarantine have been replayed over and over again by fans, and a multitude of love has been shown through their comments for each video.

“It makes me feel so happy when people enjoy my music.” She confesses, “It’s a little intimidating to put yourself out there, but worth it when I see how fans react and relate to my music.” With each post, she continues to understand her fans and be able to put their experiences into eloquent lyrics and beautiful melodies. 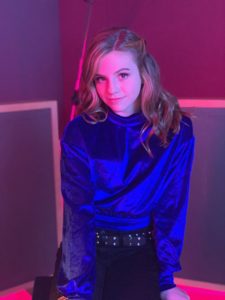 “I have been in such a creative state and hope to release a ton of new songs for my fans,” she reveals.

That’s not even all that she plans on for 2020. Camryn was also selected to be a part of Acapop! KIDS last year. The acapella group was created by founding members of Pentatonix. “When my mom got the email, I remember screaming!” she says of the moment she found out. “It was such a great feeling because in this business there is a lot of disappointment.”

During her time with the group so far, Camryn has been lead vocalist on multiple songs like Ariana Grande’s ‘Breathin’, Halsey’s ‘Without Me’, and Justin Timberlake and SZA’s ‘The Other Side’. While they were able to film some videos prior to quarantine, the group has been posting Acapop! Minis – short snippets of songs filmed from the comforts of their own homes.

Adjusting to the current climate has been interesting but the singer cannot wait to be back with the rest of the group. “My favorite part is definitely making videos with all of the cast members. We have such a fun time on set and get to hang out!” With 24 other artists in her age range, there is so much collaborating going on behind the scenes, in between all the work they put into the group. “I have learned that it is really fun to collaborate with other artists and you can enjoy the process even more because you have someone that’s going through the exact same experience,” she says of being part of the group.

In addition, Camryn compares what it is like to perform with a group like Acapop! KIDS versus when she is by herself. “It’s just a different feeling on stage,” she begins to explain. “They are both equally amazing. Being in a group, you have each other to lean on so it might be a little less stressful.” No matter if she is performing with a group or not, Camryn loves being on stage and sharing her passion with an audience.

Although it still might be some time before in-person performances happen, fans still have plenty to look forward to. “A lot of new music and Acapop! KIDS stuff too!” she teases of what’s to come. She also hopes that her future music will express her growth. “I hope to showcase better writing skills and better melodies too.”

For all her fans who have continually showed their love and appreciation for her music, Camryn gushes, “Thank you for all of your support! I can’t wait to share more music!

Listen to Camryn Quinlan’s music on Spotify and Apple Music!