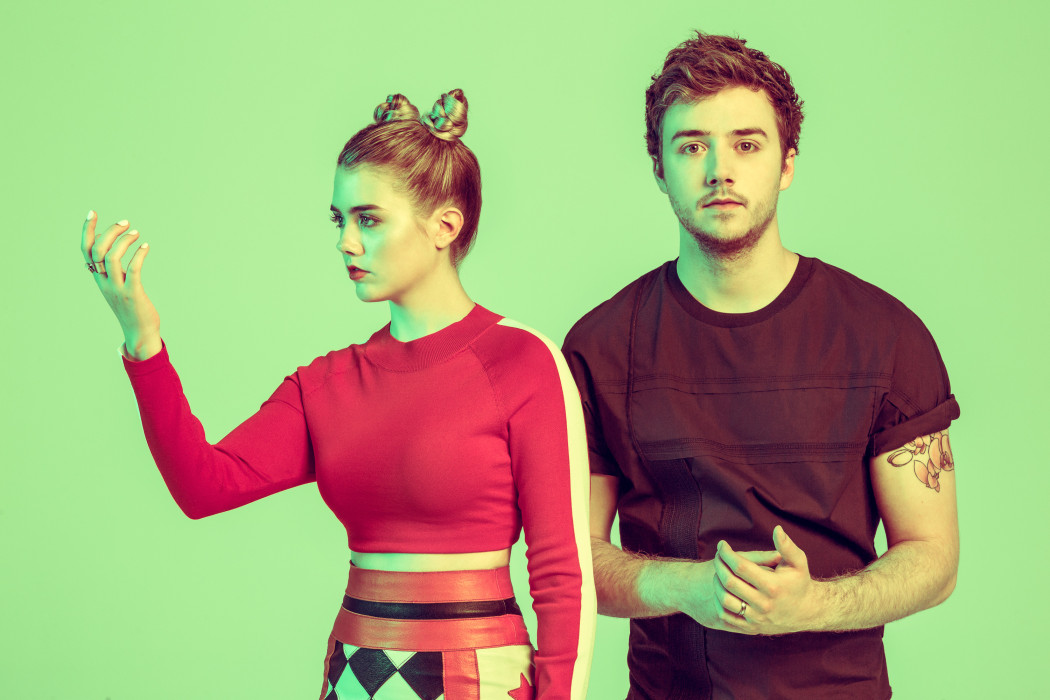 Cooper and Gatlin Green grew up hanging around their dad’s studio and touring with their mom. Knowing that as their foundational upbringing, it makes sense why hailing from Franklin, Tennessee the two were pretty close siblings and both fell in love with music making. Luckily, their parents not only influenced their love for music but also fed it with support.

“We always got along pretty well growing up, but making music together has definitely brought us closer,” the pop duo looks back. In 2014, their family moved to Los Angeles so they could focus more on making music. “One of the biggest things we learned early on is how well we could work together and how similar we really were. Also, we’ve learned to embrace the ways that we’re different and use them to our advantage, instead of getting frustrated that the other person has a different thought process and approach than we do.” 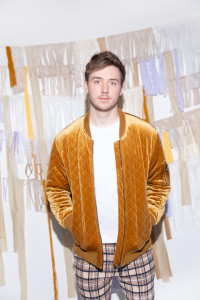 Understanding that they both shared this mutual love for music and being able to bring in their own personal skills, talents, and interests helped bring them into going from just big brother/little sister loving music and working together, to actual pop duo Cooper & Gatlin. “We realized that we were musically compatible when we found out that we both love different and complimentary things about music and making music,” the two explain.

It’s common to assume that most children grow up listening to and enjoying music to the point that they also want to make it. It’s also very helpful when the resources are there for them to not only learn about music and hone in on that craft, but also see the background of working in that industry to an extent. “As far as growing up around the music industry, one of the biggest things we learned is how hard you need to work, if you’re going to be able to make music your career. You’re really going to have to put your head down and learn and want to grow and get better. Both of our parents were great examples of that, and we’re grateful for it,” Cooper and Gatlin share about how their upbringing influenced their approach now.

“Ever since we first started writing together, almost all of our songs start out as guitar/vocal,” the two begin when asked about their current–slightly more acoustic from their previous work (but still equally pop)–sound. “Obviously,” they continue, “we add a lot of production elements for the final product, but we always like going back to something simple and more stripped back.” Adding to that, they admit they’d love to make acoustic versions of all of their songs.

We’ve learned to embrace the ways that we’re different and use them to our advantage, instead of getting frustrated that the other person has a different thought process and approach than we do.

Their latest single, “Fragile” is very stripped back, leaning only on Gatlin’s vocals and the sound of the guitar which is fitting for the vulnerable message of the song. “When we wrote ‘Fragile,’ it was actually one of the first songs in a while that we had written all by ourselves. We had been blessed to be able to work with a lot of super talented people, but there was something special about going back to our roots and writing with just the two of us,” Cooper and Gatlin share about the story behind it.

“Since it was just the two of us writing the song, it was definitely a little easier to get that place than it is with total strangers,” they explain when I ask about getting to the honest place of openly stating insecurities and putting your heart and feelings on the line for this song. The level of trust already established between the two from that sibling bond, they admit, takes away most of that worry. “Something about being siblings usually puts us on similar wavelengths, so we tend to work pretty quickly once we get an idea that we like.” 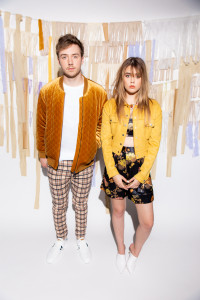 In terms of their songwriting process as a whole, the two always write together (with very few exceptions they clarify.) “A big part of our sound and musical identity comes from the things we both bring to the songwriting process,” they explain. While Cooper has more of a chord/production mindset, Gatlin carries the lyrics and as the two share, they “meet in the middle for melodies.” “Since we approach songwriting from different sides, we tend to not really step on each other’s toes and end up being pretty complimentary to each other,” the two conclude.

I follow up asking if their songwriting process has changed the longer the two of them have worked together which Cooper and Gatlin express more as development over a difference. “Not that it’s necessarily changed, but we definitely feel like we’ve grown and honed in on our best approach. We feel like that’s also helped us be better at collaborating with other writers since we have a strong sense of what makes us, us,” they reflect.

This teamwork and ability to be on the same page isn’t just in the musical part of their music, but in the visual and aesthetic part as well. Talking about the music video for “Fragile” which features Kaycee Rice and Sean Lew giving an emotionally charged interpretative dance that tells the story of the song, the idea came from Cooper and Gatlin knowing they didn’t want a “super narrative-driven video” without any fully-fleshed out concept past that. The two explain it was Gatlin’s husband Austin who pitched to them finding dancers which led to them eventually booking Kaycee and Sean.

“We wanted to leave it open-ended because we felt like that represents real life,” they explain about the ending which offers ambiguity surrounding where the characters have ended up in their relationship after a big fight where one walks out. “Sometimes, you just don’t know if it really is a good idea to open that door again, and we wanted to leave it up to the viewer to decide what they wanted.”

It’s important to take in creative things that make you excited if you’re wanting to create things that you’re excited about.

“Almost all of our songs come from things that have happened to us in real life,” the two respond when I ask what’s each of their most autobiographical lyric(s) so far.  Cooper and Gatlin both agree that their songs lean more on the autobiographical side of Gatlin than Cooper because Gatlin is more of the lyric person. One example the duo offers is their song “Break” and the work that went into capturing how Gatlin was feeling in “that season of her life.”

Aside from being inspired by the things going on in their lives when making music, the two also take inspiration from listening to other music. As Cooper and Gatlin both share, their goal is usually trying to listen to as much new music as they can. “It’s important to take in creative things that make you excited if you’re wanting to create things that you’re excited about,” they start before giving a shoutout to Billie Eilish, Sigrid, ThirdStory, Matt Corby, and Shawn Mendes for who they’re mostly listening to and being inspired by currently. 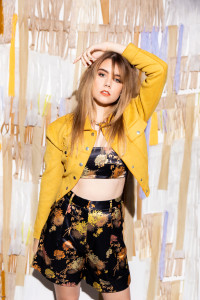 Starting out in the acting world when they were children and then making their way over to music, acting has also played a role in the music they make. As Cooper and Gatlin put it, the two things cross over more than they expected and luckily comes in handy. “Performing music is basically acting because you want to capture the same emotions you were feeling when you wrote it, or you’re stepping into someone else’s perspective for certain songs,” the two give a shoutout to their mellow-yet-bubbly, playfully bold-yet-sincere single “Like You.”

For their upcoming musical plans, the duo is looking to put out a new song every couple of months teasing that the goal is to release those singles along with music videos, acoustic versions, and remixes. All of which they’re excited to release to the public.

Closing out our interview, I ask the two of them to share what the other’s artistry has inspired in them. Cooper starts by saying, “She’s always coming up with new ideas. She’ll play me voice memos with song ideas from the most random places. I feel like I usually have to sit down and make time for being creative, so it’s cool to see her just kind of random bursts of creativity.” Afterward, he adds with a laugh, “Also, I wish I could write lyrics like her.”

“Cooper is extremely skilled and diligent. He definitely, whether intentionally or not, pushes me to learn and grow in everything I do,” Gatlin praises her brother. “I admire his work ethic and intensity when creating music, and even though we may bring different gifts to the table, I hope I can bring the same masterfulness.” She adds then, “Also, he’s just a great big brother and I love him for that.”

Fragile is available anywhere you buy and stream music.

Monday Musings: Why We Keep Going