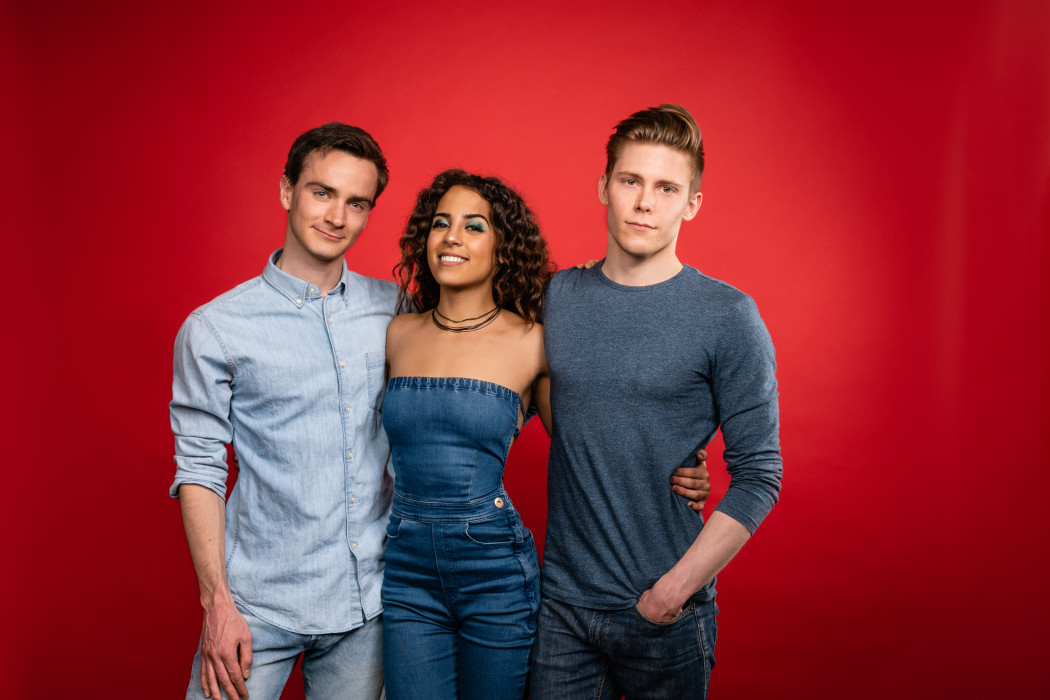 If you ask Dreamdive’s lead singer Alex where their name comes from, she’ll tell you, “Dive head first into what you wish,” with an exclamation point. And then she’ll follow up, still in exclamation points, with, “Whatever you want, whatever you dream of–go for it. We are!”

Made up of three members: Alex, Tucker, and Danny, Dreamdive came together from social media and went from there. “I got reached out to by Tucker on IG and after hearing how dedicated Tucker was and how serious he was about music, I immediately wanted to meet,” Alex explains the group’s formation. “After hearing their motive and what they were looking to do, I was on board. It’s hard to find fellow musicians who are as dedicated to the craft as you are,” she shares. 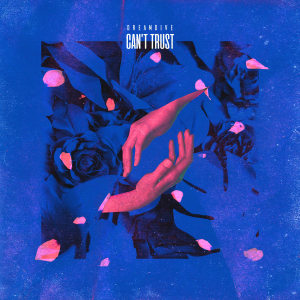 The group’s debut single is “Can’t Trust,” a piano-heavy song about separation that blends the hurt of that emotion with a subtly uplifting instrumental. As the songwriter, Tucker shares that the story behind “Can’t Trust” is a personal one. “‘Can’t Trust’ came about during a time in my life when I had to say goodbye to several things that had once been very important to me,” he explains. “It’s ultimately a song about accepting and acknowledging unfortunate truths and is a personal farewell to things once cherished.”

“The idea for the song wasn’t about being in the throes of heartbreak. It’s about the time after hurt and anger when you come to accept what has happened and know very simply that it is time to move forward,” Tucker continues. “It’s ultimately about the feeling of liberation when you’ve finally accepted what is and can move forward,” says Tucker crediting the instrumental’s upbeat nature and Alex’s vocal for creating this dynamic.

[Can’t Trust is] ultimately a song about accepting and acknowledging unfortunate truths and is a personal farewell to things once cherished.

“It’s a vulnerable song and it shows our audience who we are (emotionally) right now,” Alex adds.

As the song introducing them as a group, the key is in how “Can’t Trust” focuses on foundation. As Tucker explains, the song may be different from the rest of their sound, but it is reflective on who they are together, “At its core, Dreamdive is a three-piece rock band. ‘Can’t Trust’ is the most stripped down song we have written so far and the emphasis is on those core elements. The other music we are working on is high energy and includes more elaborate productions, but we felt this song would establish a base to then build upon, and help people understand what underlying elements the songs are built around.”

Before they formed this band, the three of them had worked on other music. Alex exclaims that working together in the capacity of being a band is amazing. “[Being in a group gives] so many amazing ideas, so many different views on one thing, and so much confidence. Having a team with you really does make things a lot more fun and it’s easier standing together,” she shares. “It was hard finding our ‘sound’ at first but every time we meet, we learn something new about our ‘sound’ or each other.”

Alex explains further about how the three are still learning about each other and how their different personalities compliment one another. “Tucker is kind of lowkey about his talent but is crazy amazing at everything he does. Danny seems quiet and to himself–but he’s a wizard. He knows some shit for sure,” Alex praises. “They’re both champs for dealing with my craziness, and they are both insanely talented sweethearts,” she adds.

With the mission statement of the band being to “get a ton of people to feel accepted, not like they’re never going to fit in, and to inspire,” as Alex puts it, the artists that have impacted Alex and the rest of the band spoke to them similarly.

“My music taste growing up was pretty all over the place: I listened to a ton of RHCP and Macy Gray from my mom and a lot of Queen from my dad,” Alex starts. “When I was finding out my ‘identity’ I was really into Paramore, Janis Joplin, and ready–” she parenthesizes for preparation, “JPop.”

Talking further about Paramore and how much the band meant to her, Alex says she’s been a Paramore fan as long as she can remember. “I remember hearing Hayley Williams voice and thinking ‘This isn’t anything I’ve ever heard before!’ it was intense,” Alex reflects. “Paramore is expressive. She’s saying what she feels and it’s coming across to me, and I remember all the other girls in my grade listening to Justin Bieber and I was neck deep in Paramore obsessing over the chord progressions, figuring out if I can sing what she’s singing, and how I can make a career and impact people expressing myself the same way that she is.”

[The artists that inspire me are] rebels, they’re monumental, and their music will live forever. That’s all I can hope to achieve as an artist.

On her personal website, Alex lists Alanis Morissette, Janis Joplin, and Nora Jones as her personal sound influences. When I ask her what about their music and sound speaks to her, she brings up what comes to everyone’s mind when we think about these artists. “[They’re] badass women speaking their minds,” she says frankly. “Just reading the lyrics they are singing speaks volumes. You can feel the emotion in their voice and songwriting. They’re rebels, they’re monumental, and their music will live forever. That’s all I can hope to achieve as an artist.”

Studying the instrumental and lyrical part of music so heavily as fans, helps the group as songwriters as well. For Tucker and Alex, their songwriting and realization on if a song idea is working or not is different but both are beneficial for their musical processes.

“I always start with a melody and I only really continue writing a song if the melody itself affects me in some way–if that alone drives up a very particular emotion or feeling,” Tucker explains his process. “The best feeling is the adrenaline rush you get when you think you wrote a really great melody. That’s my favorite part of all of it. I’m usually dancing around to some poorly recorded song idea at like 3 am.”

Alex chimes in with her process explaining, “Whether I go right to my guitar to find the chords or if I just keep singing it in my head. The faster I go for the full sound–the more I know it’s real.”

Talking her most autobiographical lyric, Alex cites a song she wrote called “Carrie.” The lyric goes, “But I’m human, I know that one day I’ll heal again.”

“It’s a song about depression and that lyric in specific always reminds that the going gets tough, but you can always prevail. Things may be rocky now, but they can’t be this way forever–so hold on. You got this,” she explains the meaning behind it.

The reflectiveness of that song seems common in both her individual and group music. “The most surprising thing I’ve been inspired by is my pain and sadness,” Alex follows up when asked. “I always write the best when I’m sad (just like everyone else I guess) it’s just easy to write when your heart is already busted open.”

Along with their musical inspirations, the band being based on the east coast in New York also adds to art through the optimism and dream-filled streets. “No matter what it is that you’re pursuing, New York City is probably the place to pursue it. It’s a place where you can feel the possibilities around you, and without a feeling like that in the background, it would be hard to keep chasing something like music,” the group admits. “There’s no ceiling in NYC, you just have to put in the work.”

Can’t Trust is available wherever you get music.