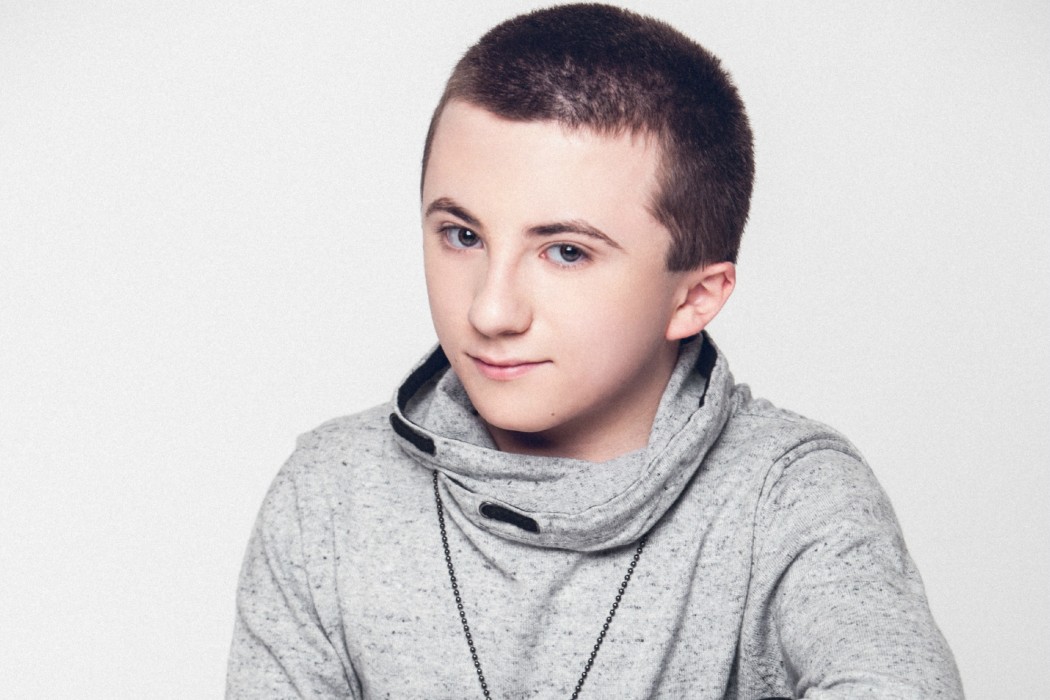 On screen, Atticus Shaffer is best known for playing Brick Heck, the intelligent yet, “oddball” youngest member of a not that far off family. Though some may find his behavior peculiar, he could be considered the glue that keeps this family from destruction. Off screen, it’s fair to say that Atticus is still best known for being intelligent and entertaining through his various televised interviews. I got the chance to speak with this outgoing sixteen-year-old over the phone where we had a chat about The Middle, his work on the film Frankenweenie, and if he had any future roles he was working on.

Teenpliticity: What is your favorite thing about Brick?

Atticus Shaffer: Let’s see, um, you know Brick is such an interesting character because he’s so quirky and he shows that it’s cool to quirky, it’s cool to be smart. And I think the best thing about playing Brick is the fact that he’s the type of person that if all the kids at school are looking at this one particular thing he’s kinda in the background and admiring the font on a street sign or working on a new book he just got. That’s what’s cool about him is that he knows what he takes joy in and he strives in that and I think that’s what’s relatable to me is that I know what it means to be unique and it’s awesome that he can be a role model and show that you can thrive in being unique.

T: Can your family identify with the Heck’s family?

AS: Definitely on that, *laughs* Brick and I are relatable, but you know everyone’s family is so different and also the situation that they grow up in is so different. For example, my mom she’s a Californian, born and raised in California so she grew up in the valley and everything like that and my dad was part of a military family and he was kind of all over the place but one way or another they did end up out in the midwest, or they had roots that traced back to there. And that’s what the show does too; give that kind of praise out to the midwest towns and the midwestern states. That you can gain knowledge from there and that’s a pretty important part of the show.

T: What can viewers look forward to in upcoming episodes?

AS: Well, Brick he is, because he’s growing a little bit more self-aware and growing a little bit more emotionally, um, he’s kinda finding more ways of being able to take care of himself in ways of trying to come up with more creative ideas whether it be things from school or to have like a little bit of a job or career or hobby or whatever so viewers can look forward to seeing him and the family trying to move forward and help him grow too. He’s at that age where he’s not only growing emotionally, but physically as well. He’s able to understand more things and he wants to be productive in that way.

T: You do a little voice work as well, what do you enjoy more that or acting on an actual set?

AS: You know, I love both of them, but I really have a passion for voice work. I love voice work because instead of having to worry about all these different things going on at once and kinda being kneaded to real world, passable things, in voice work, you can rarely be limited as long as you can put that into your voice. You’re able to alter your voice and you don’t have to worry about what you look like or if you’re limited to the real world because you’re actually creating from scratch the characters and world they live in. So I think that’s really cool because it’s more of an art form instead of predetermined facts, predetermined clothes, and the choreography of the scenes, you’re really able to kind of say, “Oh what’s this character’s backstory? What’s this character able to do?” and moving forward and showing stages that we’ve all been. As well as showing the stages of the character too. So I gotta say, animation is more of my passion.

T: I’m glad you said that, because that makes a great transition for the next question! You actually voiced the character of Edgar in Disney’s Frankenweenie, what was that like? Did you work with Tim Burton?

AS: Oh my gosh, that was like, I’m such a huge animation nerd and I love Tim Burton’s work and this was the epitome for me in being able to do my voice work. And his characters, they’re always so abstract and he has that kind of out of the box thinking and different ways of portraying things, yet even though it’s abstract, he can articulate in such a way that you know exactly what it is that he wants and so being able to work with him and play the character Victor Edgar was such a wonderful thing for me. It also allowed me to branch out from the usual like Brick theatrical work on The Middle because I was recording The Middle at the same time I was recording for Frankenweenie. So it was cool because I got to be Brick all day long and then I get this wonderful enrollment of going and doing this animation that’s a polar opposite of what Brick is and the character is kinda like a semi-villain with a good heart and I was able to sink my teeth in it. It was just amazing to be able to branch out and work with Tim Burton.

T: So, overall, what’s your favorite thing about acting?

AS: I would have to say being able to envelope yourself into a character and I think the thing I like about acting is that it’s telling a story. I love to read, that’s the only way I’m like Brick and so being able to normally, hear a story in your head and see a story unfold, it’s a visual thing. You’re able to actually see it unfold, how the characters sound, um, and then being able to portray that character and be able to tell that story I think is just so cool to me. It’s just an artform to be able to have that in your head and then be able to put that on paper and then you record it and get it on film and put it all together and have it actually become what you saw in your head or saw on the paper.

T: Are there some words that have inspired you?

AS: You know, my mom and I, we always draw inspiration from words and our fridge is just absolutely covered in poems and scriptures and just inspiration. I have a lot of them that I kinda go through and it seems like every day my eyes just kind of wander and go straight to the one I need to get through the day. But, um, there was uh, let me think up a good one here. There’s one that I know personally, I feel like such a name dropper because I can’t remember his last name, but uh, he wrote, “If one advances confidently in the direction of his dreams and endeavors to live the life which he has imagined, he will meet with a success unexpected in common hours.” (Note: It was Henry David Thoreau!)

T: Are you currently auditioning for more roles?

AS: Um, well I’m actually in the process of recording several voiceover projects. I think I’m still continuing my work as Peedee in Steven Universe which is a Cartoon Network show. Um, I’m also going to be in an upcoming Dreamworks Animated series and I’m very excited, unfortunately, no one knows yet. But um, I can say I’m a part of the main chance of a Disney show and it’s actually going to be very funny and complicated in my opinion. It seems like the people that have the idea that this might be a scary bit are very excited for it and it should be coming out at least by Fall or Winter of this year and that I’m really happy to talk about that because we’re putting a lot of work into this animated series and it should be really good.

T: That’s exciting! I can’t wait  to see it! So, we usually close our interviews off with a little game, what are 5 things people might not know about you?

AS: Uh, okay so five thing people might not know about me are:

New episodes of The Middle air Wednesdays at 8/7c on ABC.