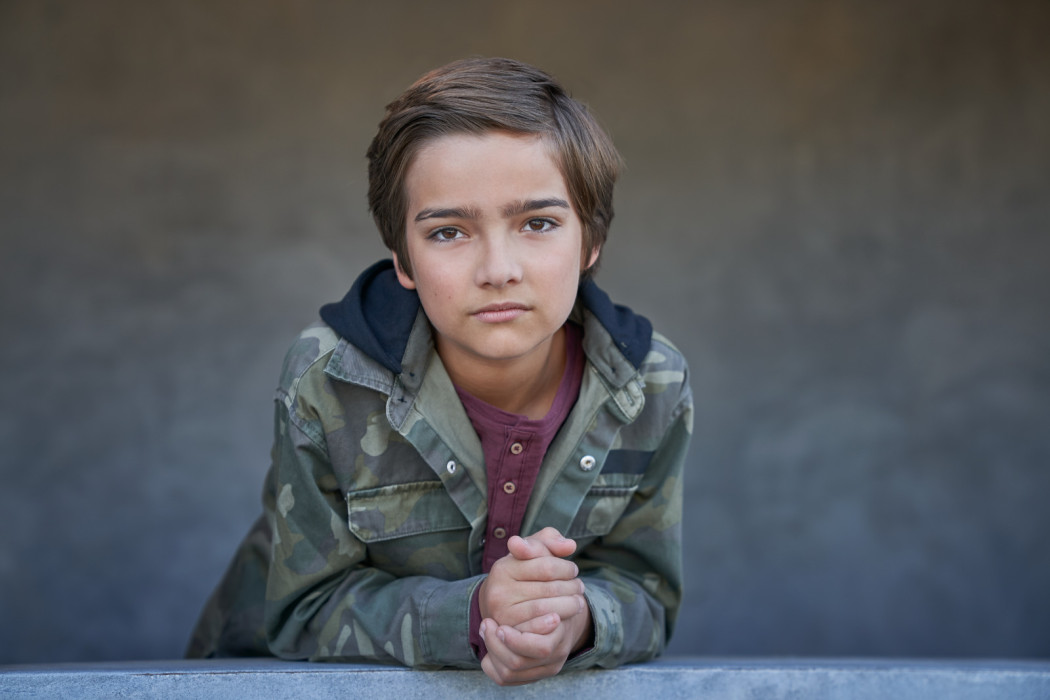 In an era of mass revivals and reboots of classic shows, it takes more than just nostalgia to help a series like that thrive.

“Fuller House” seems to have found a formula to help them succeed. Drawing viewers and fans in by playing onto references to the original series and bringing back beloved characters, the Netflix original has been able to create its own identity while maintaining a steady mix of original “Full House” fans and new viewers. Part of that is thanks to the fresh topics the show has been able to explore, ranging from Stephanie Tanner’s desire – and long-fought uphill climb – for motherhood to Kimmy Gibbler’s complicated relationship with husband Fernando.

The other part of its success is due to the show’s incredible cast which introduces a slew of young actors. Elias Harger happens to be one of them.

Acting since the age of five, Elias has already built a solid foundation for himself as a growing actor. With a background in theater and appearances in various short films, the young star has expanded his reach to television as DJ Tanner-Fuller’s son, Max in “Fuller House”.

Armed with a comedic timing that others spend their whole careers learning and a seemingly effortless way of bringing Max Fuller to life, Elias is already a rising star. He presents the perfect dry humor that offers a fresh perspective to some of the show’s most hilarious moments.

There’s a change of tone to the show as well!

“Lately I’ve been binge-watching ‘Saturday Night Live’,” Elias starts when asked about who he’d like to guest star on the Netflix comedy. His giddiness is apparent as he says, “I’d be happy with any one of those people on ‘Saturday Night Live’ [to guest star]. They’re all great comedians! I would just love to see what those people could bring to the show. I think that’d be great.”

Until that happens, fans should still prepare themselves for plenty of hilarious moments when the fourth season premieres on Netflix this December. “You can expect a ton more laughs. The show is super funny and you’re going to get to see all your favorite characters come back.”

Those favorites are original characters Danny Tanner, Jesse Katsopolis, Joey Gladstone, and Becky Katsopolis, who revealed at the end of season three that they were all returning to San Francisco.

“The fact [is Danny, Jesse, and Joey] had visited so much in the past and the show and the family is based off of how close everybody is,” the actor says about any impact this move might have on his character. Elias explains this by saying these characters visited the Fuller household often enough that no matter where they lived, the family saw them frequently. Their bond is already tight despite physical distance so the impact on Max’s daily life will be minimal.

Other changes in the Fuller household aren’t so minimal.

“For the teenagers, you’re going to be seeing more high school stuff. And the family obviously gets closer with Grandpa and Uncle Jesse and Uncle Joey – on top of the fact that the baby is coming!” Elias summarizes, his excitement growing as he continues. “So not only is the family getting closer, it’s also getting bigger.”

That’s one of the things they do bring up this season!

His passion for the hard work the cast and crew put into the show is evident as he reveals, “There’s a change of tone to the show as well!” He adds, “There’s more heartwarming storylines.”

The most anticipated storyline for the new season, according to Elias, is about Stephanie’s baby, which Kimmy is the surrogate of. “Obviously everybody is very, very excited for the baby. And in reality, I am obsessed with babies. They’re so adorable!” the actor dishes. “When I heard there was going to be a baby storyline and the fact that they really, really poured into that this season, I was really excited, and I can’t wait to see what the baby actually looks likes!” Elias also can’t wait to see his character interact with his new baby cousin. 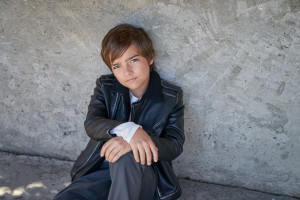 While there is so much going on with the rest of the family, Max will have quite the journey of his own this season.

“You can expect some trouble in paradise,” teases Elias of his character’s relationship with girlfriend Rose, careful of what he says to not give anything away. Calling Max and Rose one of his favorite couples on the show, the actor alludes to the idea that fans will have to wait to see what will happen. That’s not all for Max, though.

“Max is going to be going through some emotional changes,” he explains. “I mean, for one, he’s going into junior high.” However, the actor maintains that in addition to this major change, his character will be involved in the more heartwarming storylines this season. “I don’t want to say too much though!”

What Elias does reveal is that his character will also be the key to some of the shows’ emotional moments. “[I got] a chance to do one of those emotional scenes early on with Candace [Cameron-Bure, “Full House”, The Aurora Teagarden Mysteries].” Speaking of the experience, the actor says that the scene was interesting and helped him tap into his dramatic side.

Could these emotional scenes have anything to do with the fact that Max is missing his father, a character the passed away prior to the series and has been kept pretty vague for the first three seasons? Or is it related to a different issue?

“That’s one of the things they do bring up this season!” Elias says about learning more regarding Max’s dad, though he gives no indication as to if it’s connected to these emotional scenes.

One thing that is for certain is fans can expect more fun interactions between Max and Fernando.

“I, too, love it when the writers write in stuff for me and Fernando because Juan Pablo [Di Pace, “Dallas”, “A.D. The Bible Continues”] – he is a great actor and he’s so funny,” enthuses the young star. “On top of the fact that I love Fernando’s character,” he adds. “There’s going to be a few [scenes].”

I don’t think it would be as much of ‘Fuller House’ to have an entire episode with just a musical.

Juan Pablo, like many of the actors on the show, has been able to show off his dancing talents in a few episodes. Elias got to step into that spotlight as well with the premiere of season three, even debuting awesome vocals for the season’s opening number, ‘Best Summer Ever’. While there have been plenty of musical numbers throughout the life of the series, and more to come as the season four trailer showcased, Elias isn’t pulling for a full musical episode.

“I love that episode where they opened up as a musical and I loved singing and the choreography is fun, but I don’t really think it’s the tone of the show to be a musical.” He reasons with a smile that while there have been snippets of musical bits within the show, exampling the karaoke moment with DJ and Steve and season three’s opening number, there’s never really been an entire episode dedicated to being a musical. “I don’t think it would be as much of ‘Fuller House’ to have an entire episode with just a musical.”

Speaking of DJ and Steve’s karaoke moment… the end of season three found the two finally getting together, only for another roadblock to come their way. With season four seeming to promise more attempts at working towards their relationship, how will Max and his siblings feel about this development?

“Since Steve has always kind of been a natural part of the family, he’s always been there,” says Elias. This was shown even back in season one when DJ and Steve were on their second “First Date” and it involved the entire family. “I feel like the boys kind of all thought of [Steve] as already part of the family since he would always, always stop by for a little snack,” he continues with a laugh. “I don’t think it will affect him that much.”

In real life, there are things that affect Elias deeply. When thinking about what, if given the opportunity, he would write an episode of “Fuller House” about, he picks one of the topics close to his heart that he has experience with.

Starting with a laugh, he jokes about the imagined episode, “It’d obviously be about Max!” Growing more serious, he says that he would want it to be about a topic the show hasn’t really addressed and something that is still a big problem nowadays – bullying. While the show has touched upon it, most recently in season three with Jackson at summer school and Roma with the dance team, there hasn’t been a clear and dedicated focus towards the issue. “Almost everybody I know has encountered [bullying] at one point in their life, including myself,” he confesses. “Since Max is entering junior high, I was thinking [with Max in] a new class – that he could experience a little of the bullying.”

There is no doubt that if the show decides to explore that route, they would deal with it in the same way they deal with everything else – humor, a heart-to-heart talk, and a hug. Though this process doesn’t solve every problem, especially in the real world, it opens the discussion for the topic.

Until this idea is executed, fans will still be able to enjoy the many stories and moments that are going to be presented in season four.

Describing the season in just three words, Elias calls it, “Funny and heartwarming!”

Batman’s Brandon Spink Also Has a Miracle from Heaven

Brandon Spink hails from Marietta, Georgia with a passion for acting. At age seven, he began his journey by starring in local theatre productions….