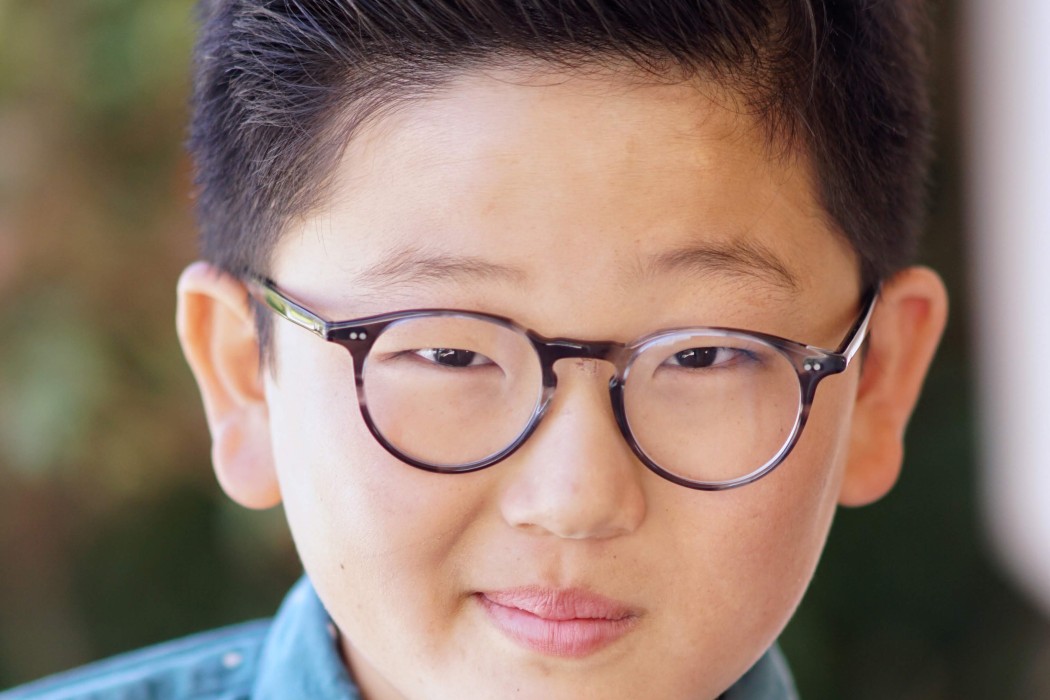 When the teaser trailer dropped for Netflix’s Always Be My Maybe a few weeks ago, social media was immediately hooked. Then the official trailer dropped and the anticipation grew stronger with many ready to call it Netflix’s best rom-com.

Without a doubt, there was excitement over the fact that we were getting another movie in the rom-com canon. But more so, the excitement rang about from the names tied to the project. Co-written by and starring Ali Wong and Randall Park, Always Be My Maybe is about childhood best friends turned famous chef Sasha (Ali Wong) and hometown musician (Randall Park) who reunite after 15 years and struggle to adapt to each other’s vastly different socioeconomic worlds while falling for each other. 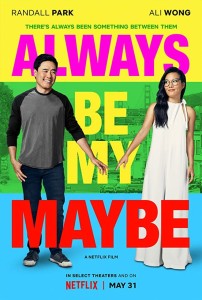 While for most, Always Be My Maybe got on their radar when the first teaser trailer dropped, in early 2018, Emerson Min found out about Always Be My Maybe from his agent. As Emerson recalls, he got a callback followed by a chemistry read with two girls before he and Miya Cech officially booked the roles of young Marcus and Sasha respectively.

“Miya and I loved working together and always had a blast. My favorite part of their lives was how they were best friends,” Emerson starts about working together. Similar to their characters, Emerson and Miya quickly became close friends. It helped that off-screen and on screen, the two were also able to look to Ali Wong and Randall Park’s dynamic and see what all of them as performers brought to Sasha and Marcus’ story. “Seeing how [the characters] were next door neighbors and knew the streets of San Francisco was the best part. They went from the arcade to the cable car, all the way to the Golden State Bridge — we did it all,” Emerson talks about filming.

“When I played this character, I felt he did things that I similarly do today. Randall crafted this character to be a traditional but charismatic kid. This related to me quite a bit,” he gives credit to the actor, co-writer, and producer. Emerson will later go on to say in our interview that out of all of the character’s he has played, he’s most like Marcus. “…Because a lot of the culture in that movie is in my everyday life. Also, Marcus is a great friend that I feel I can relate to,” he elaborates, adding, “My best friend is a girl and much of what Marcus is to Sasha, I am to my best friend as well.”

[Working on Always Be My Maybe] it was as if I was with my family. I felt I could be more myself.

Emerson’s joy and appreciation for getting to play this well-rounded character stem not only from Ali and Randall’s writing styles but also from the fact that they set out to make a movie where they could make a rom-com that was funny, dirty and about people that looked like them. “Being around Ali and Randall was an experience I could relive over and over again,” he shares. “Ali is hilarious and a great person to be around. Randall is kind and very down to earth. He’s also equally fun to be around.”

When I ask him if there’s anything he’s learned or realized that he wants out of his career by working with the two, he responds, “I hope one day I can be as funny as Ali and as cool as Randall.” 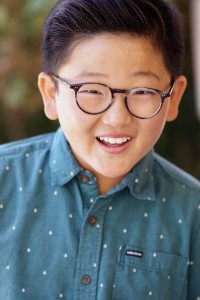 Their talents and personalities being brought to Always Be My Maybe add to the story (and the anticipation) and as Emerson points out, one of the benefits of having creative talent who are also Asian American writing and producing a movie focusing on two Asian Americans is their ability to tie in culture–more specifically, Emerson shares, Korean culture for this movie.

“A lot of things in the movie are in Korean traditions, like taking off your shoes when you come in the house or eating Korean food as a family,” Emerson shares, noting that the food, one being kimchi jjigae, featured in the movie are some of his favorites. “While we were shooting takes of that scene, I ate a lot of jjigae and by the time we were done, I didn’t need to eat lunch,” he recalls.

The excitement from Crazy Rich Asians came after Always Be My Maybe was being made, but the movie’s contribution and praise when it came out last year was proof that audiences wanted more Asian-centered stories of that caliber. “From the beginning of filming, there was excitement that the cast was all Asian,” Emerson recalls the vibe on the Always Be My Maybe set last year. “I’ve never been on set before with a fully Asian cast, Everyone was generous and funny, even making Asian jokes at lunch. It was as if I was with my family. I felt I could be more myself,” he admits.

Emerson also admits that within the rom-com realm, he’d credit Always Be My Maybe and Crazy Rich Asians as his favorite ones specifically because not only are they funny, but he can see himself in them. “I was sitting in the theater laughing and relating to the story. I saw someone like me up on the big screen,” he explores further about his initial viewing of Crazy Rich Asians. “It was inspirational to see this movie do so well because I felt like if that movie did so well with so many Asian actors then I could do the same one day.”

When I ask him what he hopes that folks will walk away with after watching Always Be My Maybe, he shares a very similar sentiment. “I hope people walk away enjoying the movie knowing that there can be two Asian leads in a romantic comedy. Almost every cast member in this film is Asian which is sadly uncommon,” Emerson notes. “I want to have Asian kids look at this film and see themselves in it. That’s pretty cool.”

I want to have Asian kids look at this film and see themselves in it. That’s pretty cool.

“I hope to do more roles in comedy and drama. Black-ish is a perfect example of a show that has great comedic writing that makes you laugh but also addresses current issues. I can never get enough of it,” he gives a shout out to the ABC network show where he has a recurring role playing Mason. Later on in the interview when I ask him about playing that character, he says that he enjoys the oblivious humor and awkwardness that he gets to bring to the character, more specifically the fact that while he’s best friends with Jack (Miles Brown), he’s annoying to Diane (Marsai Martin) and Dre (Anthony Anderson). 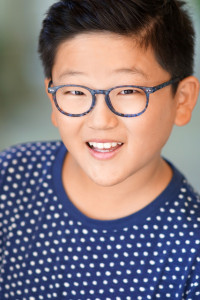 But continuing our conversation on future roles that he’s interested in doing, he mentions that drama is something that he’s always wanted to do adding, “I hope more roles can come to Asian actors, not just because it’s an Asian role, but that Asians can do a variety of characters.”

At the time of our interview last month, Emerson was in the process of auditioning for a Ron Howard film, a series regular on The Walking Dead, and role in Paramount’s feature film, Clifford. All of which, he attributes to the hope that him getting the opportunity to audition for those roles means that we’re moving towards a Hollywood that grants more opportunities for Asian actors.

“I’ve been acting since I was six and always enjoyed doing it. It’s something I’ve known for a long time,” he explains when I ask him if there was a performer or a show/movie that made him realize he wanted to act. For him, acting is not only something he’s passionate about but something that felt natural to incorporate into his life. “I’ve never thought of not acting. Much like I never thought of not doing my homework,” he muses.

In terms of people that he looks up to in the industry, Emerson says that he looks up to actress and rapper Awkwafina for her humor and vibe. “From Crazy Rich Asians to Oceans 8, she is hilarious and always plays her parts perfectly. In every movie I’ve seen her in, she isn’t the lead but finds a way to make her character memorable,” he praises. Being inspired by Awkwafina and what she brings to a character, Emerson shares is something he’d love to be able to emulate. “Her performance is what I remember most,” he says, “and I hope I’m able to do the same one day.”

For most in the industry, the acting bug bites at a particularly young age. Violett Beane is no exception to this. Just after moving…