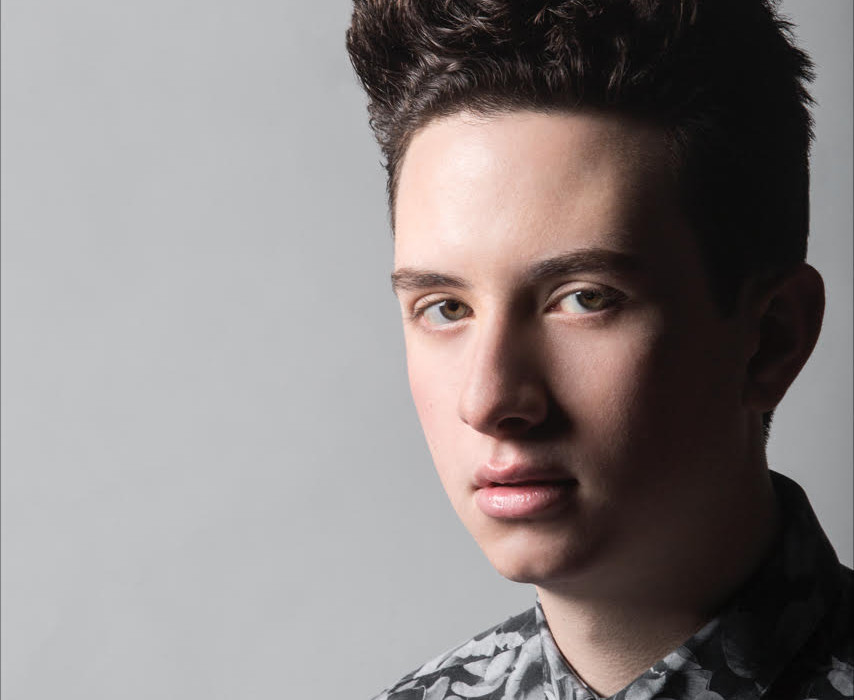 Best known for covering multiple Selena Gomez tracks, musician Cameron Hardy discusses with Teenplicity the important role music plays in his life and his journey to creating his own album.

Emerging onto the music scene can be daunting for any aspiring artist but Cameron Hardy found comfort with his lengthy background in musical theater.

Trying musical theater for fun at first, the artist found himself instantly attached to the atmosphere. He recalls that being around that musically driven environment on an “almost every day basis” made his desire to professionally pursue a music career come very naturally.

“If the right opportunity presents itself, I think that would be really phenomenal to go back to my theater roots,” Cameron says when asked if he’d make a move to Broadway. “Absolutely!” For now though, he’s focusing on finding his own sound, releasing covers along the way of his journey.

Whenever I get sweet messages from them, it is so crazy to take a step back and look at how far my songs can travel.

The first cover he released was “Sober”, originally by Selena Gomez, and it immediately caught the attention of her fans who praised Cameron’s take on the song. Just last month, he followed up with a cover of “Bad Liar”.

“The response has been incredible,” he gushes about what listeners have had to say so far. “It’s amazing to receive such positive feedback from my fans and followers.” Cameron enthuses that the best part, however, has to be seeing the connection with people all around the world and being able to share something that he is proud of. “I love seeing the response from my international followers!” he goes on to say. “Whenever I get sweet messages from them, it is so crazy to take a step back and look at how far my songs can travel.”

So far, his cover of Selena’s “Bad Liar” has garnered fantastic responses from his fans and hers alike.

Cameron takes the pop hit and turns it on its head with his acoustic cover. He takes the single and gives it a softer tone, welcoming listeners into his world of music rather than just hearing another rendition of a popular song. His soothing vocals are calming while also sure to make multiple hearts swoon as his soul and love for music pours into every line.

The studio is my happy place.

This cover in particular is a favorite of his.

“I had a long process of working with various producers and different arrangements to find the sound that felt best to me,” Cameron says of recording the cover. “It’s truly been so cool to see the transitions that the song went through in order to get the final product, which I am super proud of.”

Thinking back to his first real experience in the studio, the rising musician recalls that moment as one that really impacted him as an artist. He was 13 at the time and it encouraged him to become more and more eager to continue on this path. “It was the most fun and most happy I had ever been,” he says. “Nothing has changed… The studio is my happy place.”

That should come as no surprise considering the special place in his heart that is just for music.

“Music is so special because of the way that different people can take a song and have their own, individualized interpretations of them,” explains Cameron. “It’s really awesome to see the raw connection people have to it.”

Having that connection with people is something he hopes to create with his own music, something he has been crafting for years with producers like Grammy-nominated Ghian Wright and vocal coach Adriana McPhee.

At the end of the day, you can’t have both.

Revealing his struggles of creating his music over the years, the young musician says, “Finding my sound was initially a challenge for me. It took many years of being in the studio and working with different producers/coaches to find out what style of music I really wanted to pursue.”

He declares the sound of his music to be definitely pop, “but with a bit of an alternative twist.” An example Cameron gives is Rihanna meets Shawn Mendes.

“I am stoked for everyone to hear my style of music,” he exclaims. “I want to make it different from anything they have heard before.”

Taking the time to learn his sound and discover who he is as an artist has allowed Cameron to explore his own self deeper. He exclaims that he learned he’s a perfectionist. “For sure! That’s not always the most convenient trait to have timing wise, but I have learned to find a balance between perfectionism and artistry.”

He understands, “At the end of the day, you can’t have both.”

Cameron continues on to reveal what others have shared with him as he embarks on this journey.

“Some of the best advice I have received is to put your all into optimism,” he dishes. “Good attracts good and bad attracts bad. I always try to keep a positive mindset when it comes to music, as well as my life in general.”

That has worked out for him greatly thus far. Not only is his music presented in its best light, but he is beginning to grow a dedicated following, interested in him and his music.

Cameron has also been able to take time to enjoy his love of photography, something he hopes to incorporate with his music in the future.

“I already have some great ideas for intertwining my music with some visual components, so stay tuned for my new music coming soon!”

To watch Cameron Hardy’s cover video of “Bad Liar”, click here or get it on iTunes and Spotify now! Listen to his cover of “Sober” here!