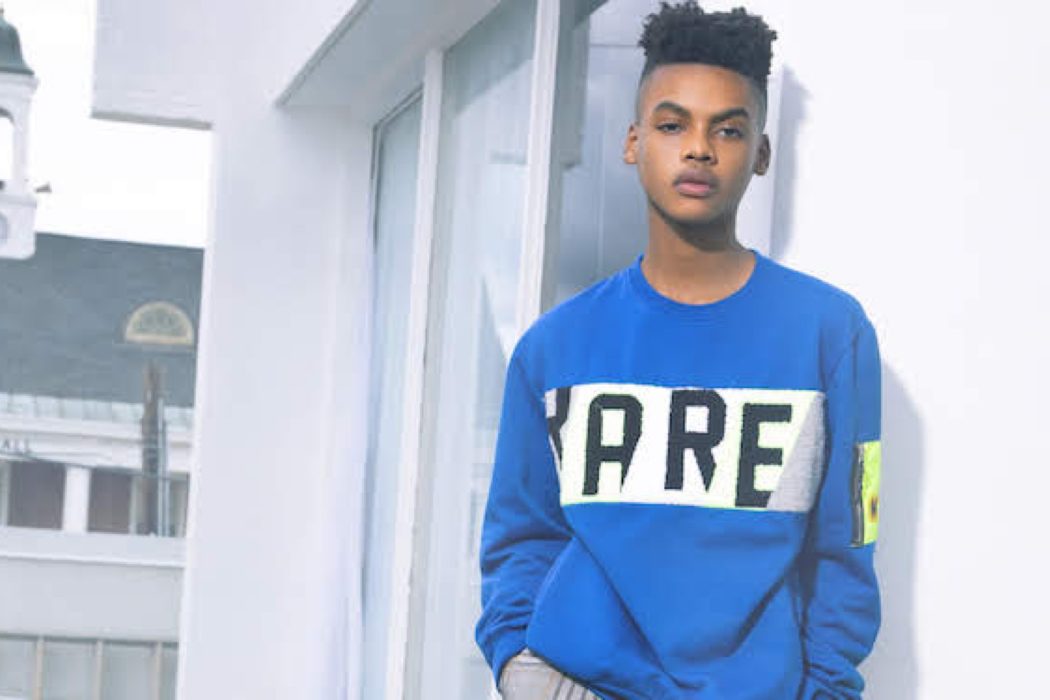 Police brutality is not something new or recent, although often, it’s talked about as such. It did not begin with Sandra Bland even though her murder sparked #SayHerName. It did not begin with Eric Garner as he said, “I can’t breathe” when his suffocation was recorded and went viral. And while most will share that it was 18-year-old Michael Brown’s murder in 2014 and the Black Lives Matter protests that followed that sparked their awareness of the existence of anti-Black racism in current America on a systematic level, it did not begin there either. On public record, there has been more than 100 deaths by law enforcement every year of just this decade. Even then, that does not account for ones that potentially were covered up, nor does that account for the victims of police brutality who survived.

Still, police brutality is not new and has gone on farther than that. But even as Black America spent decades trying to explain this and demand justice, in a visual culture it seems to have taken social media and the ability for Black deaths to go viral and become a spectacle for mainstream media to at least consider acknowledging it. And even that acknowledgment is a little dicey. Sometimes, it comes with solutions, most often it comes with debates that feel like just talking through circles and other times, the acknowledgment is statements and portrayals that misunderstand the nuances and root of the problem leaning instead on respectability politics, blaming the Black community, or toeing the line of even acknowledging race has something to do with all of this.

So when it was announced that a movie was being made that posed the question, “What if instead, the cop was shot?” A public interest was made. As more names became attached, the interest grew even more. Then, we learned more about the project and discovered that it was more to the story than that, including the element of love and how even though love is praised as being an emotion that will save us, love can be difficult in the lives of those experiencing marginalization such as racism, misogynoir, and fighting for survival every single day. It seemed as if more and more this movie posing this hypothetical question on a situation that found itself claiming a life and a name consistently was needed to contribute to this tipping point we’re in.

Queen & Slim written by Lena Waithe and directed by Melina Matsoukas begins with the title characters (played by Jodie Turner-Smith and Daniel Kaluuya respectively) going on what otherwise should have been a forgettable date the two would probably forget about in a week as they went their separate ways. On the way back, they’re stopped and racially profiled by an Ohio cop. As the situation escalates and the cop threatens their lives, in an act of self-defense Slim kills the cop and the two find themselves on the run.

The movie has been described as a love story. It’s also been described as powerful and consciousness-raising. Lena and Melina have both expressed the hope that if anything, this movie at least sparks discussion as it focuses on Black love and solidarity while living in fear, terror, and in these two characters case as well: being dehumanized and glamorized.

I hope that the audience, specifically the Black audience, will be able to be their most vulnerable selves. 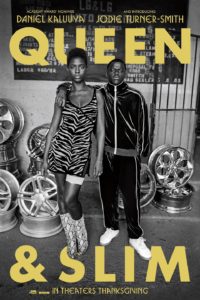 In Queen & Slim, Jahi Winston plays Junior. Similar to a lot of Black youth, Junior sees what’s happening and harming the Black community and cares deeply about solutions and liberation. He also finds himself idolizing Queen and Slim in the process. “My initial reaction to Queen & Slim was, ‘Wow! That’d be really cool to be a part of,'” Jahi says. He first found out about the project on Twitter reading the press release. “Fast forward to now and here we are. I knew I had to be a part of it after I finished reading the script and was near tears. That’s always a major sign.”

Since around the time the first trailer dropped, Queen and Slim’s ideological relationship was described as Queen being the Malcolm X to Slim’s Martin Luther King Jr. implying that both characters, like the activists, are radical in their own right but through different methods. “I’d probably say that Junior is closer to the Black boy version of a Greta Thunberg, mixed in with a little Stokely Carmichael,” Jahi describes his character with a shoutout to the environmental youth activist (Thunberg) and socialist organizer of the American Civil Rights movement and global Pan-African movement (Carmichael). In his interview with Glitter Magazine, he expands a little further explaining that Junior is a character that a lot of us, himself included, can relate to in terms of being fed up, exhausted, and demanding justice over police brutality and anti-Blackness.

“I hope that the audience, specifically the Black audience, will be able to be their most vulnerable selves [seeing this movie.] So often as Black people, we’re not allowed to be vulnerable and express our emotions in the truest form without being judged, ridiculed, or wrongly labeled,”  he says for what he hopes Queen & Slim will bring to viewers. “I just hope that people feel enough security to feel whatever they want to feel.”

“I think Lena did a very beautiful job with depicting what it’s like to be in love as the world sort of crumbles around you,” Jahi comments on how Queen & Slim portrays the power of love in times of fear. This love can look like the love story between Queen and Slim, but it can also look like the community and support the two are given throughout their journey. “I’m excited as an audience member, as well as an artist to see that be portrayed through the screen,” he admits sharing that prior to our interview, he hadn’t seen the movie but was excited and anxious to see it.

With Melina Matsoukas at the helm of this project as director, the two-time Grammy winner already had some remarkable and culturally relevant titles under her belt before agreeing to make this her first feature film. The list includes multiple videos for Beyoncé, Ludacris, Rihanna, Whitney Houston, Lady Gaga, and Snoop Dogg among others. She’s also brought her talents to television working on Insecure and Masters of None. “Melina is just the dopest, warmest human. She is an artist in every meaning of the word, she’s a natural nurturer and she doesn’t even realize it,” he praises the director. “At the time that I’m responding to this question, I have not seen the movie, so I’m not sure how she brought Lena’s vision to life, but I know she did an incredible job.”

Melina [Matsoukas] is just the dopest, warmest human. She is an artist in every meaning of the word, she’s a natural nurturer and she doesn’t even realize it.

Part of what seems to have made Melina the perfect choice to direct is her understanding of visual and stylistic choices, as seen by her work on music videos such as “Formation.” But, there’s also the fact that she understands the significance of cultural relevancy and Black originality. When Queen & Slim was given the description of the “Black Bonnie & Clyde” to describe the story earlier in the year, she utilized the press to talk about the importance of not conflating Queen and Slim’s journey with comparisons to white archetypes. Instead, she advocates for looking at the story as its own original thing while drawing inspiration from art centering Blackness.

In Jahi’s personal life and artistry as a multi-hyphenate, he shares that some of the art centering Blackness that inspires him this way include Cooley High, Get Out, and Moonlight while also adding the Frankie Lymon biographical-romantic drama Why Do Fools Fall in Love? with the disclaimer, “Aside from it being mildly misogynistic towards women at parts, I think it’s pretty excellent.”

Aside from being a part of Queen & Slim, Jahi has been a part of The Lion King on Broadway as young Simba, played young Ralph Tresvant in The New Edition Story, starred as Luke O’Neil in Netflix’s cult classic Everything Sucks! and played Danny in Proud Mary. And that’s only a slice of the work that he’s done since getting into performing.

In previous interviews, he’s mentioned an interest in making music at some point but wanting to get it just right. Which is exciting for someone that has worked on projects like these where music is significant to the story. “It is not intentional, not by me at least; I truly believe that it’s God’s doing,” Jahi responds when I ask him about if he finds about picking projects that specifically have to do with music or if it just seems to happen. “I think that The New Edition Story was a perfect way to establish myself as a young artist because it was everything that I do well. And to this day, it’s the first thing that comes to people’s minds when they think about me.”

Having experience with both comedy and drama, he distinguishes what it’s like working in the two. “I wish I could say that they are both equally difficult, and they can be at times. But, I definitely find comedy to be a little more difficult. Only because it’s all intellect and instinct, and it requires you to think more than anything,” he explains.

We [Black people], as a people, are incredibly multi-facted beings and despite society’s many attempts, we’re incapable of being labeled and contained.

In terms of learning lessons from the projects he’s been a part of and the characters he’s played, he admits to being slightly puzzled. “I’m not sure. Too many to name, I guess,” Jahi begins before continuing, “I’ll say that the one thing that anybody can learn from the characters that I’ve portrayed, or a lot of Black actors have portrayed in recent years, is that being Black is not a monolithic experience. We, as a people, are incredibly multi-faceted beings and despite society’s many attempts, we’re incapable of being labeled and contained.”

Proudly coming from Atlanta, he’s gotten to see that influence as well through his hometown and the way that it’s represented in art. “I always say Atlanta is the epicenter of culture. Why do you think the Migos named their album Culture?” He asks. “Atlanta is home to so many different people, from so many different backgrounds. I definitely wouldn’t be surprised if subconsciously that had an effect on my life and my art.”

Coming up, Jahi has two movies set to come out in the new year, Charm City Kings about a young boy joining a Baltimore dirt bike gang and The Violent Heart. While he can’t say anything further about the projects, he does express excitement for being able to share more soon.

With Queen & Slim already being praised as a classic through both the film and its well-rounded soundtrack, Jahi seems to be building a notable career for himself whether he realizes it or not. One of the lines in the movie comes from Queen asking, “Can I be your legacy?” to Slim. When I ask Jahi, however, about who or what he hopes is a part of his legacy, he responds, “As I grow and evolve as an individual, I’ve analyzed that the answer to that question changes every day. As of now, I don’t know. But I will, soon.”

Queen & Slim is in theaters now.