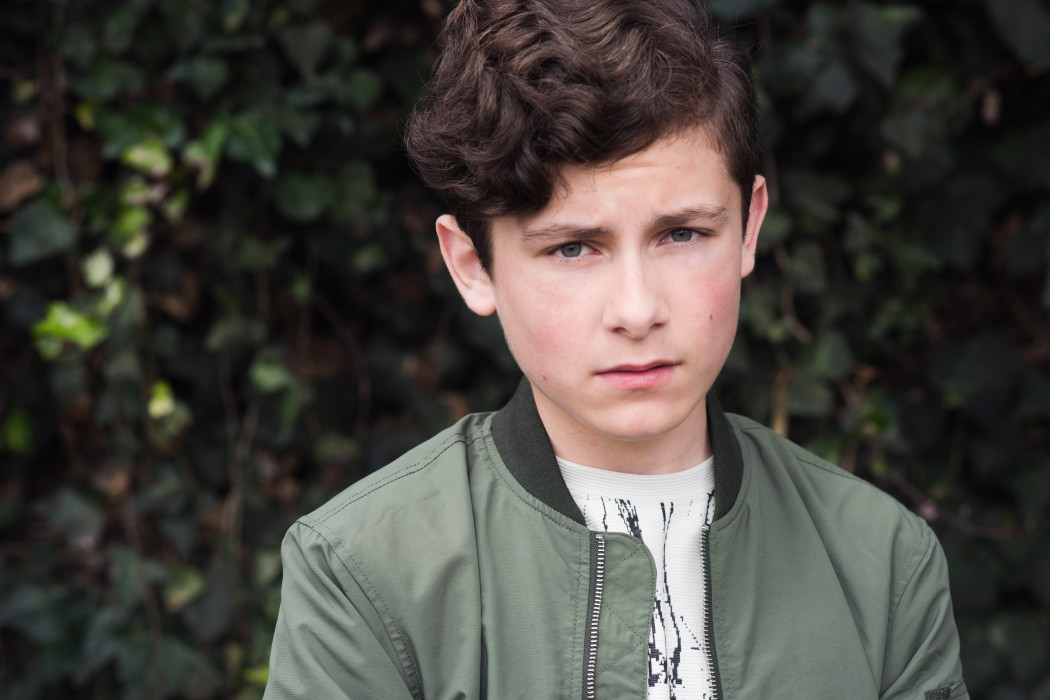 A fact that almost everyone realizes at some point in their lives but that very few will admit in public is that no one actually knows what they’re doing. We’re all just trying to figure things out be it navigating the big life moments or the small day to day things. But for young people, this notion can be especially daunting because there’s so much of the world left unexplored.

When The Dangerous Book for Boys by Conn and Hal Iggulden first published in the UK in 2006 and then a year later in the US, it was aimed at boys “aged eight to eighty” and featured how-to’s, life advice, and games that would make navigating the unexplored a little bit easier.

“This show speaks to everyone really. It’s a family show, that all ages will like. If you already own and love the book, you will have a connection because the how-to’s in the book come alive in the youngest brother, Wyatt’s, fantasies,” says Kyan Zielinski who plays the oldest brother Liam on the show.

As an adaptation, the show follows the McKenna family as they cope with the death of the patriarch of the family. However, it still keeps the charm of the source material through the incorporation of the book as a way to help Wyatt cope and still feel a closeness with his deceased father. “If families don’t own the book, they will connect as well as it is very relatable since we all go through difficult times and have to work through them together as a family,” Kyan continues for why he thinks the show’s liberties with the original book will draw in viewers.

Featuring a cast of all-star players including Swoosie Kurtz, Erinn Hayes, Chris Diamantopoulos, Gabriel Bateman, and Drew Logan Powell the show rounds out with co-creators Greg Mottola and Breaking Bad star Bryan Cranston. “Bryan Cranston is a phenomenal person all around with a career full of diversity. It was beyond my pleasure to work with him and learn from him. He is a walking wealth of knowledge and experience and he most definitely shared some of his personal stories with us offset,” Kyan raves.

Liam is the most rational of the siblings, and he soon realizes he is the man of the house now and needs to look after his mom and be a good role model for his brothers.

“It was quite awesome having Bryan be a huge part of this production as a creator, producer, and writer,” Kyan continues adding that Bryan and the rest of the crew’s approach to developing the storyline are what drew him initially to the show. It was Liam’s place in the world that gave Kyan an immediate connection to him. Although the two of them aren’t exactly alike, similar to Liam, Kyan also finds comfort in timelines and structure.

Throughout the season, we see the different ways in which the members of the family cope with the death of Patrick McKenna. For Liam, coping with the loss of his father means taking on responsibility. “Liam is the most rational of the siblings, and he soon realizes he is the man of the house now and needs to look after his mom and be a good role model for his brothers,” Kyan explains. “He is hurting inside but digs deep to find a way to be strong for his family. In season one, Liam doesn’t get to explore these feelings, but hopefully, there’s a season two where he can.” 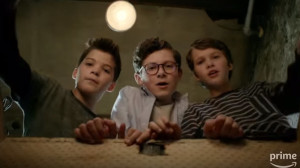 Liam tries to stay out of trouble or causing any trouble unlike his brother Dash and tends to live more in reality, unlike Wyatt. But, Kyan admits that he enjoys the moments where the responsible big brother exterior cracks and viewers can see Liam be silly and vulnerable. “I loved it when Liam gets hexed and he is put outside of his comfort zone with crazy stuff happening to him,” he says referring to episode three where Liam experiences multiple bouts of bad luck including slipping on a banana peel at school and being attacked by a bird and a squirrel at the same time. “It was so fun playing out those scenes. I absolutely loved going to set every day, filming all episodes honestly,” he adds.

Families overcome loss and horrible situations in their lives by sticking together.

Honing in on the importance of imagination and family to cope with loss and grief, throughout the season the family learns that just because a family member has passed doesn’t mean that they’re gone. “Families overcome loss and horrible situations in their lives by sticking together. It comes down to the core of love in a family. Being there for each other. Unfortunate situations are something most of us face at one time or another, so it is a relatable situation, and for that, it’s appreciated,” Kyan explains about the show’s message regarding loss.

The show according to Bryan Cranston is also about embracing boyhood. For Kyan, embracing boyhood means taking in life fully, “Running around, feeling the air outside the house, wrestling around with friends or siblings. Being one with nature. Hand-held devices that are everywhere today and are starting younger and younger with children take those experiences away. So positively embracing boyhood is about running around and playing outside, eating popsicles or hosting a lemonade stand. This show really shows this side of boyhood and that’s really cool.”

Kyan mentions that if he made his own how-to for young boys, he’d include information on science and time travel. And with the potential for a season two, he has a ton of ideas especially when the premise of the show offers so many endless opportunities for storytelling. “I would love to see an episode on making knots to get out of life-threatening situations, seven wonders of the ancient world, fossils and dinosaurs, a mission impossible style episode on spies, timers and trip wires, and maybe one on making a go-cart which turns out to be the best ever made and wins every race.”

This show really shows this side of boyhood and that’s really cool.

Throughout the show and in general with learning how to do things, there’s a reminder about the importance of, as Tiffany (Swoosie Kurtz) says on the show, trying something big and making mistakes with a win due to come. “My motto is to follow your dreams, no matter how big or small. It takes hard work, but if you are ready to dedicate yourself, over time dreams can come true,” Kyan answers when I ask about what motto he has in life. “I set goals for myself as I personally work well in structure and deadlines, but I have always strived to do my best. And when things don’t go your way, you pick yourself up and try again. Honestly, reach for the stars as the sky’s the limit!”

Performing since the age of five including working in musical productions, commercials, modeling, and a short film, Kyan is aware of how much of a difference believing in your dreams and having patience can have especially when so much of the time is spent anticipating what’s to come. “It is so important to be patient while waiting for different things in this industry. Maybe you are onset waiting to be called to your scene and they are running behind. Or maybe you have auditioned for a role you really want and as much as you want to hear back today, you have to be patient and wait until decisions are made which could seem like an eternity.”

It is so important to be patient while waiting for different things in this industry.

He currently has two upcoming projects in the work, They Reach and Small Things. “I am really excited to see They Reach premiere later this year. It is a horror feature film that was fun to be a part of. I was able to stretch as an actor.” Playing the role of Wesley in the film, They Reach is a movie about a young girl who unknowingly unleashes a demonic entity after stumbling upon a tape player in 1979. “I love doing all kinds of genres and They Reach has a great storyline, so I’m very excited to see that premiere towards the end of 2018.”

“I love storylines that have twists and turns [and] unexpected scenarios about the plot. I love really interesting arcs in TV episodes and films,” he says about the projects and roles that he’s typically drawn to showing excitement in any future acting opportunities and adventures he’ll get to have.

Besides acting and performing, Kyan has also been vlogging for about four years which he explains has helped him get a better understanding regarding filmmaking. “I love all sides of filmmaking including but not limited to camera operation, acting, editing, and directing cinematography.”

“On Youtube, I get a chance to be creative and play every position of filmmaking on my latest channel, Kyan Zielinski Vlogs,” he says. Looking at his Youtube channel, viewers can find reviews and daily vlogs from trips he’s been on both for work and for fun. “I really enjoy filmmaking, and Youtube vlogging helps keep my spark very high loving the acting industry!”

You can watch season one of The Dangerous Book for Boys now on Amazon Video.