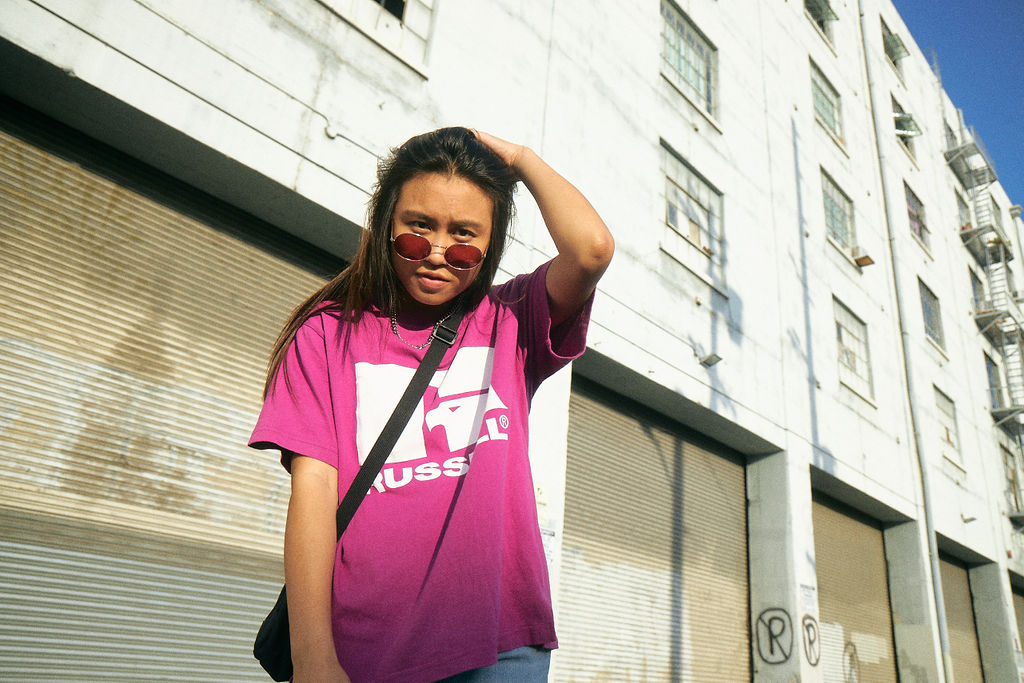 Amidst everything, one of the positives we’ve gotten to see within these past few decades comes from people taking to the online world in order to put themselves out there and create art. For singer/songwriter Emily Vu, she found her space on TikTok. Based in Los Angeles where she was born and raised, the rising pop star and TikTok phenomenon just recently released her debut EP LOST & last week.

Made up of six songs, Emily offers another side of her for people to see but it’s not far off from the content you can see on her channels. LOST & looks at love and crushes and figuring things out through laid back instrumentals, pop hooks, declarations, and honesty. 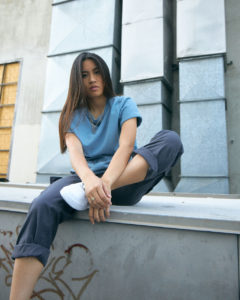 Emily’s music journey began at four when her parents had her begin learning piano. Eventually, she began learning violin and guitar while in school and her understanding of music developed past a skill. “My relationship with music didn’t become personal until after I quit taking lessons,” Emily explains when I interviewed her earlier last month following the release of her single “Just Wait.” “I always thought I hated playing the piano but turns out I just hated being told how I was supposed to play it. The minute I stopped playing, I realized how much I missed it.”

“All my life, I wanted to do many things so music crossing my mind didn’t surprise me much because I loved doing it. The exact moment I knew I wanted to sing and perform was when I participated in my school’s talent show. The adrenaline and thrill of it all made me fall in love with performing,” she says about music becoming a career path for her.

All my life, I wanted to do many things so music crossing my mind didn’t surprise me much because I loved doing it.

In the digital age where the ability to showcase your talents have become more accessible over the phone and through social media, Emily gained herself a following through TikTok as a place to express herself. In her interview with Fierce & Fabulous Revolution, she explained that she started using TikTok in 2018 as space for her to post song covers without her friends seeing them on Instagram. Her following began to grow and as such, the way she was perceived as an artist began to take flight. “I think a common misconception with being a young new artist is that I don’t write my own music,” she shares adding later when I ask her about how her life shifted that her life has drastically changed in the last year or so. “I believe people got used to me being a cover artist just posting covers on TikTok and Instagram, but now I’m an artist putting out my own music.”

One of the leading singles for her new project is “Just Wait.” The love song manages to both be catchy enough to find success on TikTok if she wanted it to while also being an honest reflection on having a fear of heartbreak and not being ready for love. “I wrote that song for a girl I had just started talking to. I basically talk about how in the past, I’ve been hurt many times and I like you, but I’m clearly not ready for anything serious,” she says about working through the concept of the song.

I ask her if with each new relationship or crush she’s had, has it felt like it gets easier to handle to which she says yes. “I feel like each relationship I’m in gets a little bit easier and a little more mature because I take notes from past relationships and use it to make myself better for my significant other.”

I feel like each relationship I’m in gets a little bit easier and a little more mature because I take notes from past relationships and use it to make myself better for my significant other.

“I’d say that in general, I’m not that vulnerable, but I do think that when the right people are around, I can become very vulnerable,” Emily admits acknowledging before that love and talking to someone can be a vulnerable thing.

“As an artist, I’d say I’m very emotional,” she starts when I ask her how she’d define herself as an artist. “I hope others can hear what I say and sing and feel like they can talk to me about any issues they may have. I’d love to be like a therapist for others,” she laughs.

An artist that resonated with her in that way already was Hayley Kiyoko. In terms of paying that feeling forward, Emily adds, “I’ve come to realize that I don’t want to make others cry when they hear my music. I want to make music that makes listeners feel good.”

“I’m not sure if I’m necessarily inspired by other artists when it comes to writing, but I’m sure I’ve subconsciously picked up writing styles from various artists I’ve listened to. I grew up listening to a lot of Lauv,” she says.

In terms of what’s to come from Emily, she doesn’t give a lot of details, but gave an accurate heads up to LOST &, “I don’t know how much I can share just yet, but this EP might contain some of the most vulnerable tracks I’ve ever written. I think I’m gonna continue to keep working on new releases for the rest of 2020.”

You can stay up to date on all things Emily Vu by following her Instagram, Twitter, and TikTok accounts.

LOST & is streaming wherever you listen to music.