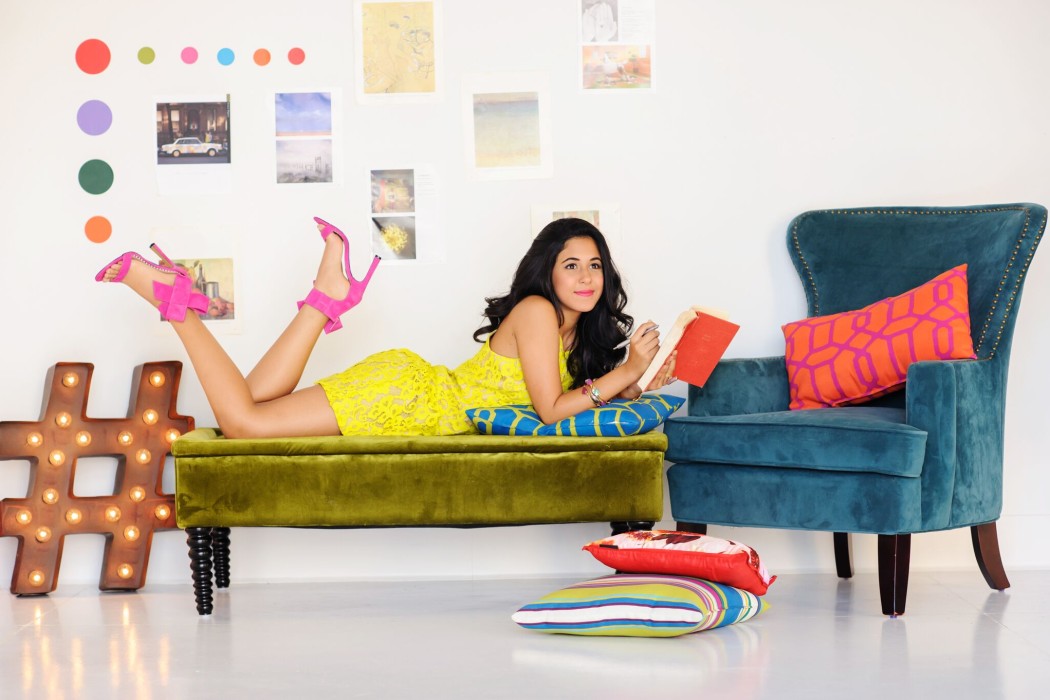 Maria Quezada has a great head on her shoulders. Born in the Bronx, she was raised in Florida where she was given the opportunity to be immersed in Dominican and Cuban culture which offered her the opportunity to appreciate her culture and be proud of who she is and where her roots stem from. Carrying that sense of pride and awareness with her, Maria booked her first professional acting role in the award-winning For Family’s Sake when she was 12 years old before booking roles in the short film Aqui Estoy, Di no Al Bullying and Every Witch Way. However, she’s best known for being the lead role in Nickelodeon’s Talia in the Kitchen.

As an adaptation of the Nickelodeon Latin telenovela, Toni, la Chef, Talia in the Kitchen followed 14-year-old Talia when her passion for cooking becomes intertwined with magic. Currently released in Latin America and receiving love in the UK, Talia in the Kitchen and Maria are both receiving love and attention showing so much appreciation for the quality and content of the programming. 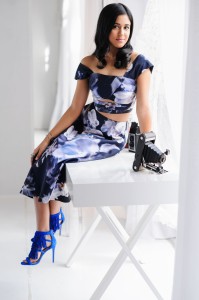 “There are so many amazing elements that make Talia in the Kitchen so unique,” Maria says. “My favorite thing about it, however, is that it is a show the whole family can sit on the couch and watch together,” she added mentioning the shows ability to include comedy, drama, love triangles, and positive message along with the magical element.

Recently nominated for two Imagen Awards; Maria for “Best Young Actor” and the show for “Best Children’s Programming,” Maria is very appreciative of getting to play a part in creating and highlighting positive representation and inclusion. “It is honestly a huge honor and I feel extremely blessed to have been nominated in two categories in an award show that celebrates positive portrayals of Latinos in film and television and celebrates diversity,” she reflects. “Diversity is beautiful! It makes us stand out and it makes us unique, but at the same time it unites us into one big family.”

Reaching out to some of her fans, Maria was asked about her heritage including one from @maria_quezada_ on Twitter who wanted to know if she was proud to be known as Latina. “I love being Latina,” Maria exclaimed. “The people, the culture, the love, the food, the reasons are endless really. My heritage is a part of me and I feel honored and obliged to share it with my fans; that way they get to know the real me,” she said before adding, “Latin power all the way!”

The trilingual talent shares that Spanish was the first language that she learned which allows her to not only connect with her family but to interact with people from different countries. “I love the doors speaking this beautiful language opens up and the boundaries it breaks. The Latin culture has taught me to embrace people no matter where they’re from or who they are and it has taught me to work hard and never give up, no matter what the odds may be.”

Besides Spanish and English, Maria can also communicate in American Sign Language after participating in a Hear the Runway event for deaf kids. “At the time, I didn’t know sign language, but as soon as the event finished, I made a promise to myself that I would learn as much as possible and attend the annual event again, this time being able to communicate without relying on interpreters,” she explained. Maria put in the extra effort to learn the language including buying books, watching videos, and practicing nonstop so that when she attended the event again two years later, she was able to connect with the kids, “The girls I met the first time were so impressed and excite. I made many great friends and I learned about the Deaf Culture. I love it so much! Best decision ever!”

“This past year, I’ve found myself more,” Maria starts. “I’ve learned important life lessons and I’ve come to realize how strong I am,” she explains letting me know that this is only the beginning for her and she’s excited about the opportunities the future will offer.

Besides television acting, Maria is also a writer. “The works I write usually features relatable material that changes your perspective or teaches you a life-changing lesson, usually through a character’s realization,” she says talking about the common themes and characters you finds herself creating. “When I write, it usually comes from the heart. I just let my creativity take over and allow my heart to speak for itself. There’s no telling what will occur in the end since it’s so liberating and unlimited.”

Maria hints that there might be something in the works in the future for some of her writings to be made into something, although she can’t give too much away.

A lover of musicals, Maria also shared that she would love to bring back the classics, Grease or Les Miserables to star in if she could.

But as for currently, Maria is hard at work on a project with Feeding America and Feeding South Florida to help give back for the community along with some surprise things lined up that she can’t share just yet.

She’s also continuing her work to continue to be an inspiration, “My goal is to inspire not only my siblings but people everywhere and teach them that they can accomplish any dream they set their mind to no matter how crazy it may seem, through hard work and perseverance.” 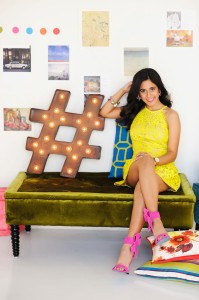 “Five years from now, I’ll be focused on doing what I love,” Maria answers when I ask her what she hopes to accomplish in the next five years. “I hope to star in action and drama films with impacting messages and characters the audience can see themselves in. Telling stories that change people forever and empower the youth. Whether it’s acting, producing, or even writing, I know this industry is where I belong and what I plan to do for the rest of my days.”

She gives credit to her family for her ability to do what she loves thanking them for not only believing in her but teaching her and filling her with so many amazing and useful traits. “I feel blessed to have not only supportive parents but also a supportive family. They’ve made sacrifices and they are always finding ways to help me become even more successful,” she tells me. “From the moment they realized my passion for acting was something I seriously wanted to pursue, they got on the bus. My work ethic, my focus, my drive, my desire to keep improving and learning; these were all things I learned from my parents and I am so grateful to them for making me who I am today.”

Finishing up our interview, Maria wanted to give thanks to her fans, leaving you all with this message:

“Thanks for all your support! It means so much to me. I love each and every one of you unconditionally. Remember you are capable of great things so don’t underestimate yourself. Believe in yourself and be you no matter what. Don’t be afraid to dream big and chase those dreams Because if you work hard enough, you can do anything. Love you all to the moon and back.”

Back to School with “The Kicks” Isabella Acres

When “The Kicks” debuted as a pilot last year for Amazon, the overwhelming positive response called for a full season order. One year later,…