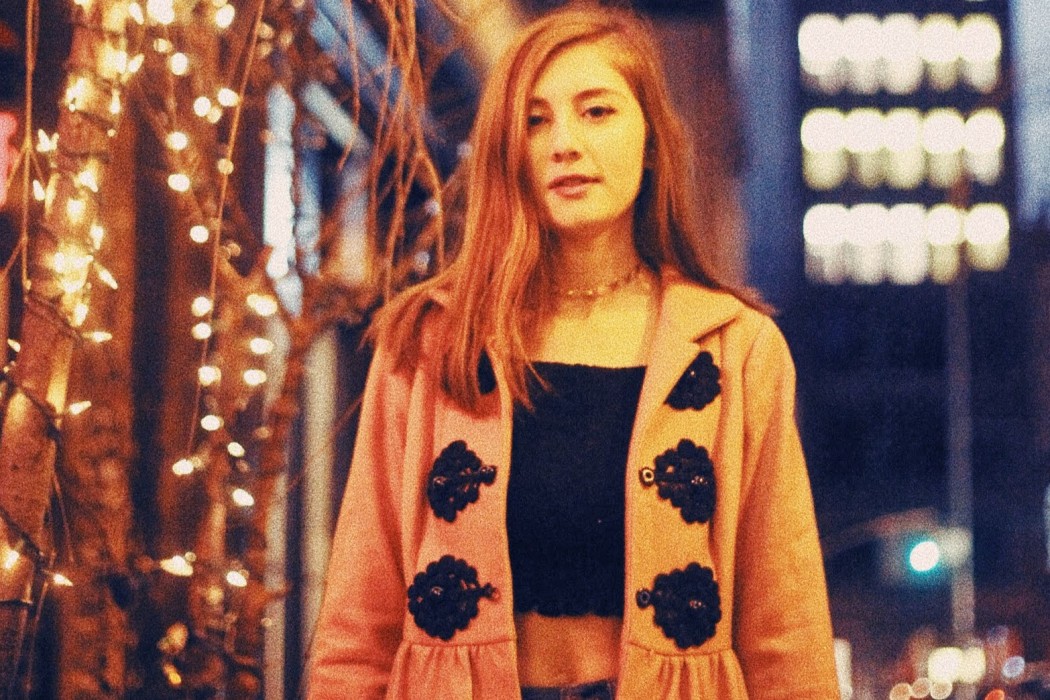 It only feels right to note that when singer-songwriter Alex Weksler and I have our phone interview, it’s a pretty warm day in July and Alex is enjoying it at the beach. With a bubbly and cheerful personality that you can hear on the phone, Alex speaks openly and candidly about her music, her influences and inspirations, and projects she has in the works.

Hailing from New York, Alex grew up with the sounds of her families love for 60s and 70s indie, rock, and alternative evident in the air. Similar to music, writing had always been a part of her life and something she clung to but it wasn’t really until she started taking guitar lessons at 15 that songwriting became something she was interested in doing. “Once I picked up an instrument, it all built on itself,” she explains adding that all the pieces fell together as opposed to there being one exact moment that made her consider to pursue music. 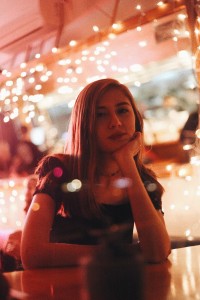 Earlier this year, Alex released her debut EP Air. An unintentional acoustic concept folk EP, she explains that she hopes in terms of introducing herself to listeners, her music proves relatable. “It’s not like I wrote it with the anticipation of, ‘Oh, this is going to be a hit song.’ I wrote the songs because I felt like I needed to. And I think that’s when people need music most. When they really need something to translate their feelings towards. So, I hope that people will be able to do that with my songs,” she explains.

Adding to the interest in relatability comes Alex’s use of identifiers in her songs. “I guess I always find it very powerful when I listen to a song and it captures exactly how I feel,” Alex says about how she addresses who she sings to in her songs. “So I guess the use of the different ‘You & I,’ it’s not something I do consciously but when I look back at it, I’m happy that I do it because I think it can help people put themselves in my shoes and how I felt when I wrote the song.” Despite it not being a conscious effort, Alex does note that she finds herself flip-flopping between the two when it comes to the storytelling in her songwriting.

“I feel like such a different person in a weird way from when I wrote the EP. And thankfully so,” she reflects. “I wasn’t in the best place when I wrote it–I was kind of getting over a weird breakup. I was, like, in this weird place where I was kind of feeling like an adult but kind of not,” Alex laughs. “And I feel like I’ve grown and matured a lot not only musically but also personally in a year.” With that, she notes how her next EP may show that difference.

I wrote the songs because I felt like I needed to. And I think that’s when people need music most.

Looking back on the six songs that make up the EP, Alex explains that some of her growth from the place she was when writing to the place she’s in now can be felt in how “overdramatic” she viewed the situation. “‘Stranger I Know,’ is a perfect example of that because I look at all the emotion I put behind that song and now I look at the person it’s about and I was like, ‘That probably was not worth that much upsetness, I guess.'” Alex takes a pause and continues, “I kind of like looking back at the EP as a whole because it tells a story. So it’s kind of nice to see how you overcome things that used to seem like such a big deal to you and, I don’t know, now each song means something different to me. So it’s interesting.”

“When I was recording the EP, I was actually influenced by the Ryan Adams 1989 cover album. I really loved the sound he created, especially hearing the original album first–like the stripped down, really basic version of each song. I kind of wanted to translate that into my songs,” Alex speaks about the acoustic sound that is evident throughout the whole EP as opposed to adding extra instrumentals. “Also, I write all my songs acoustically. It’s always just me and a guitar, me and a uke, me and a piano, so I didn’t want to lose that in the production of the EP.”

With her next EP, Alex admits that she aims to play more creatively in terms of her sound potentially leaning towards the similar synth inspired sounds that is very evident in current indie pop.

“The music I listen to definitely influences how I write. Especially that summer, I listened to a lot of Vance Joy and Hozier and even Fleetwood Mac that summer. And they all had kind of acoustic roots in them. There wasn’t a lot of extreme overproduction in them,” she discusses.

It’s kind of nice to see how you overcome things that used to seem like such a big deal to you and, I don’t know, now each song means something different to me.

Finding her own sound within this realm of indie folk-pop was organic as opposed to forced. “I think it was just a sense of writing in my comfort zone because the songs I write are very similar to the type of music that I listen to. It’s kind of like that folk-pop mixture which definitely compliments the songs I’ve been listening to. So it all sort of fell into place a little more than I could control.”

Expanding further on the public perspective of folk-pop and more specifically the public perspective of women in folk-pop, Alex notes the double standard(s) that women can experience when it comes to their sound and songwriting. “I don’t know, it’s like a consistent problem,” she begins. “I feel like in music–and any type of art–women’s opinion and women’s [emotions] can be looked at as laughter art. You look at women that write music about their love life and a lot of time they’re painted in this picture of being mediocre or a clinger. But if you look at a guy, it’s considered more heartfelt. But I feel like we’re finally in that space now with all the different movements within feminism going on where that type of idealization is getting a little less predominant. It’s really nice.”

She gives a shoutout to Sia as an example of a “powerhouse pop songwriter” that makes a statement with her music and receives respect for it. “I’m hoping as time goes on, the battle continues to decrease that type of perception.”

In addition to the promotion of women getting the same leeway to make vulnerable music across genres, the combination of genres and the different ways to discover artists offer new opportunities for multiple subject matter and songwriting, “One of the reasons so many alternative types of music like folk and even really interesting forms of pop are getting more mainstream is because there are so many more forms to listen to them on. You don’t really need to rely on the Top 40 Countdown to seek out new artists, you can go to Spotify or Youtube or Soundcloud or all these different forms where you could just listen to the music of your choice.”

“It opens people’s minds to all these different genres. So I think that’s a big way that music is getting kind of fused in that line where that line is getting a little hard,” Alex finishes.

“I think it’s like not even an emotion but I guess it always surprised me the sense of satisfaction I get when I finish a song. Or like how much of a weight is off my chest once I finish a song,” she explains about her songwriting. She takes a pause before adding, “I feel like whatever is bothering me, whatever I’m feeling, it kind of served its purpose. So I was able to create something from it. So it’s this feeling of completeness–realness, really.”

I’m hoping as time goes on, the battle continues to decrease that type of perception.

A huge fan of John Green, Alex explains that although it might not be intentional, the way that his books can feel very heartfelt is how she sees her songs. There’s also the use of story, honesty, and experience that’s evident in her music. One example of this is an unreleased song titled ‘Ghost.’ “I struggle with anxiety so [the song] kind of sums up what it feels like. It’s like, ‘There’s a ghost in my head but there’s love under my skin.’ And I feel like that kind of sums up any type of mental health issue because you’re battling with what you can and can’t control. I guess for me, that’s the lyric that means the most to me that I’ve written.”

Although she’s yet to release the song, Alex does leave it open for a potential to release “Ghost” in the future.

A few days before our phone call, Alex performed a show at the Knitting Factory in New York City. “I guess for me because I play with a band on and off, I think just playing to bigger crowds just brings on a whole other type of energy with my performance.” As an acoustic singer-songwriter, Alex typically plays small and intimate venues, making bigger venues a new adventure for her. “If you’re in a small coffee shop or things like that, you don’t really get to feed off the audience as much. It’s more of like an intimate thing. So, to play in bigger crowds, it just brings a whole new life to what I’m playing.”

Closing out our interview, Alex gives word on what we can expect for her coming up. One includes a cover video, a clip of which you can see on her Facebook page right now. “I’m also, probably in November/December, going to be getting back to the studio to record a new EP and then I also have a video for ‘Gold’ coming out,” she finishes adding that video will be filmed at the end of summer.

Air EP is available on all streaming platforms.

At 11-years-old, Sarah Silva took second place on La Academia Kids giving her an entry point to train in singing, dancing, and acting by industry…