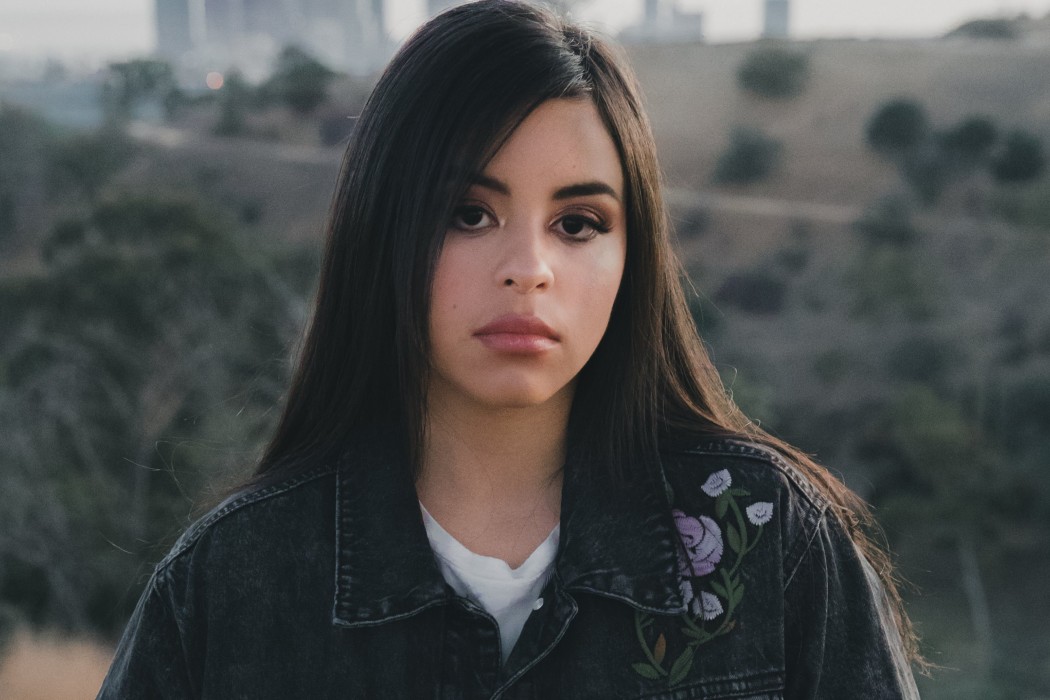 On her Instagram, the description part of Zoey G’s bio is simple and to the point: “16 year old singer/songwriter.” Her posts consist of her thanking people for supporting her music but they also consist of her being like any other 16 year old you know in terms of wanting to enjoy and live life at her own pace.

Part of that comes from her overall approach and outlook on life which includes her debut single, “Runaway.”

“It was a super quick writing process actually,” Zoey begins when I ask her about the process for her single. “I got that main chord progression that’s played when the song starts and I just kept building off of it until I felt it was done,” she explains adding that she wrote and made a demo of the song in under 2 hours.

As her debut single, the song has a power to it that exudes Zoey’s confidence and strength. “I hope it shows what I’m capable of and what’s to come. I’ve been doing music my whole life, but I’ve always played other people’s music, never my own,” Zoey discusses using this song as her introduction. “It was only in the past year that I started to create my own and I hope that shows how much of a beginning this could be.”

The song also proves to be autobiographical for her with Zoey classifying herself as a runaway. “I’ve always been someone to dodge social norms and just do my own thing. I’m someone who doesn’t get in trouble, I’ve never gotten a detention or any serious consequence for something, and I feel like I’ve rebelled instead with social norms,” she explains.

…I hope that shows how much of a beginning this could be.

“I was a huge tomboy growing up even though all of my friends weren’t and just this whole music thing is very out of line for people where I live,” Zoey refers to growing up in Colorado where there isn’t a big music scene so she got inspiration from the music her family members listened to. “Normally, people just finish high school, go to college, and get a job somewhere and carry on with their lives, especially where I go to school. My school is very small, my class has 86 kids in it, and everyone just follows the stream. Lately, I haven’t been.”

Along with the single, Zoey filmed a music video which focuses on a description she’s given before about the song being about the conflicting feeling when you’re unsure of where you stand in a relationship.”I’ve always watched behind the scenes for my favorite music videos growing up and finally being able to make one of my own was pretty amazing.” Honoring her heritage as well, Zoey also recently released a Spanish version of the song.

Looking up to Lady Gaga, Camila Cabello, and Justin Bieber, she cites Gaga and Camila for helping her realize she wanted to be a singer/songwriter. “They all came from incredibly humble beginnings and they all have hearts of gold. They model the ‘I’m going to give it 110%’ mentality every time they do something—whether it be small or huge—and I find that really inspiring,” she reflects.

I’m someone who doesn’t get in trouble, I’ve never gotten a detention or any serious consequence for something, and I feel like I’ve rebelled instead with social norms.

With Lady Gaga’s song “Bad Romance” being the song that she could play for the rest of her life, Zoey goes back to Gaga when I ask her who she’d love to sit in on a recording session for. “…She has seen every angle of the industry and she’s such a hardworking, talented, and all around an amazing woman and I’d love to sit down and talk to her about music,” Zoey passionately explains.

Looking back at her own musical abilities and writing, Zoey laughs at the thought of the first song she ever wrote, “I don’t think I’ll ever show anyone it and it’s going to be locked away for forever.” And with growing as a songwriter, she’s also learned multiple instruments including piano, guitar, bass, alto saxophone, ukulele, and drums. When it comes to writing her songs, Zoey finds herself gravitating towards the piano because she’s most familiar with it, “Also, all the notes are there visually so it’s a lot easier for me to formulate an idea in my head and then play it.”

“I can say that my next single will be stuck in your head for days! That song is a favorite among all of my friends and I’m sure you’ll love it,” Zoey teases.

I take it one day at a time while keeping goals and deadlines in mind.

Having a music feel that blends different sounds, Zoey finds it to be organic and a direct relation to the significance of music in her life. “I like to call my taste in music a smoothie of everything my mom, dad, and brother played around me growing up. My dad always played his 80s pop/rock favorites, my mom played her 90s pop favorites, and my brother always played his late 90s/early 2000s pop favorites,” she looks back. “So basically, imagine that put into a blender and the smoothie is me.”

“It’s definitely a struggle at times, but it all has to do with moderation,” Zoey shares having to balance school, her music, and also having a social life. “I take it one day at a time while keeping goals and deadlines in mind.”