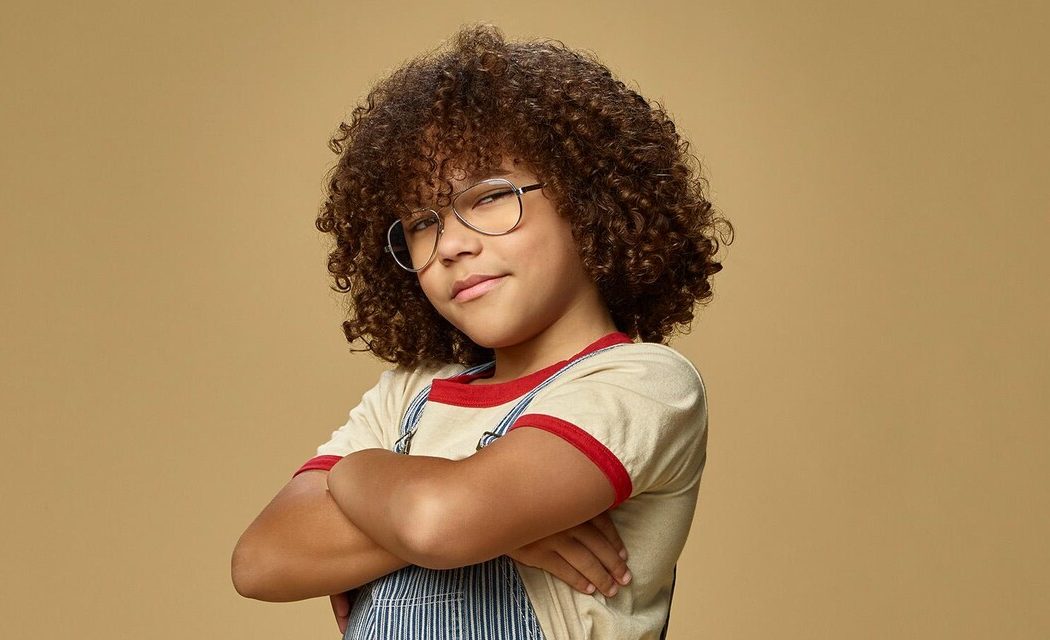 There are some moments in life where everything feels right and it all just clicks. For Ethan William Childress that happened with acting.

Funnily enough, he recalls that acting wasn’t even something he wanted to do until he went in for his first audition.

“I went to it to see what it was all about and the minute I got in the room, something clicked and I knew this was something I wanted to really pursue,” he says. In pursuing acting, he has landed multiple projects including mixed-ish.

A spin-off of the wildly popular ABC comedy series black-ish, the sophomore season of its prequel series mixed-ish is set to premiere Tuesday, January 26th.

Starring as Johan Johnson, the younger brother of Rainbow Johnson (Tracee Ellis Ross in black-ish, Arica Himmel in mixed-ish), is Ethan. An actor with impeccable comedic timing and an ability to bring so much heart to his character, he fully embraces all aspects of Johan, from his awkward encounters to his hilarious shenanigans with his siblings.

His character’s journey in season two is one where he discovers some ‘big interests’ for himself, according to the actor. “But Johan being Johan, there’s still a learning curve,” he says. “He really is that easy-going, sees-the-good-in-it-all kid. He gives it his all and even if things don’t turn out how you think they should, he still sees it as a win because he tried. He doesn’t care if he doesn’t look cool, he’s just happy to be on an adventure.”

One such adventure that Johan finds himself on in the premiere of season two is that he pretends to be Mexican, something that shocks his family.

“I don’t want to pull a Tom Holland,” Ethan begins as a joke, referencing the actor’s reputation for accidentally sharing spoilers, “but you know how people assume something about someone just based on the way they look? So yeah, Johan being the easy going kid that he is, just goes with it.”

In addition to that, the actor continues, season two promises changes as the characters settle more into their new lifestyle. “You’re going to see changes in all the characters. Some really big ones and some more subtle as they are still growing and changing,” he says. Praising the second season, Ethan goes on to say, “Season two produced some really amazing and funny episodes. It shows how the kids are becoming more typical kids than when they first left the commune.”

Though the series takes place in the ‘80s, it still pulls focus on issues that continue to impact and represent the Black community and mixed-race families today. One topic in particular that really resonated with Ethan was from the episode where the kids try to change their hair for school picture day after Rainbow’s teacher singled her out her about her curly hair and reiterated to her to keep it neat, a microaggression that affected all of the kids.

“The hair episode really hit home. Literally. There are three boys in my family and not one of us has hair like the other,” the young actor says. “My oldest brother’s hair has more texture to it and tighter curls. My other brother has super loose, soft curls. And then there’s my hair.” He shares of his own hair journey, “When I was younger, I wanted a fohawk which of course didn’t work, but my mom still did her best. Then I decided to just have a mohawk.” After that, he chose to grow out his hair.

“But none of the three of us can wear the same hair style, our hair cannot be cut the same, and we cannot wear the same styles as our friends. I really like the episode because it shows just how unique we all are.”

Another prominent episode in the first season is when Johan has a sudden interest in becoming a police officer and wants to join an after-school police camp. His parents are shown at odds with how they want to handle the situation, as his father wants him nowhere near police lest they suddenly decide they want to turn on him just for the color of his skin, while his mom encourages him attending the camp on the idea that, if the offices know him better, it’ll keep him safe. Like many episodes and situations on the prequel series as well as the original show, there is no right or wrong answer. It represents the hard truths of being Black or mixed in America, and the different lengths that families will go to in order to try to protect each other.

For Ethan, he’d love for the show to explore this topic further in more episodes. “Especially with them being such a focus in the news today,” he explains. “Helping people understand better is a huge first step.”

That’s exactly what the series has accomplished. Not only are the characters taught new lessons with each episode but the audience is as well. Ethan recalls learning about communes – where the Johnson family lived at the very beginning of the series – because of the show which is something he was unaware of before being cast. 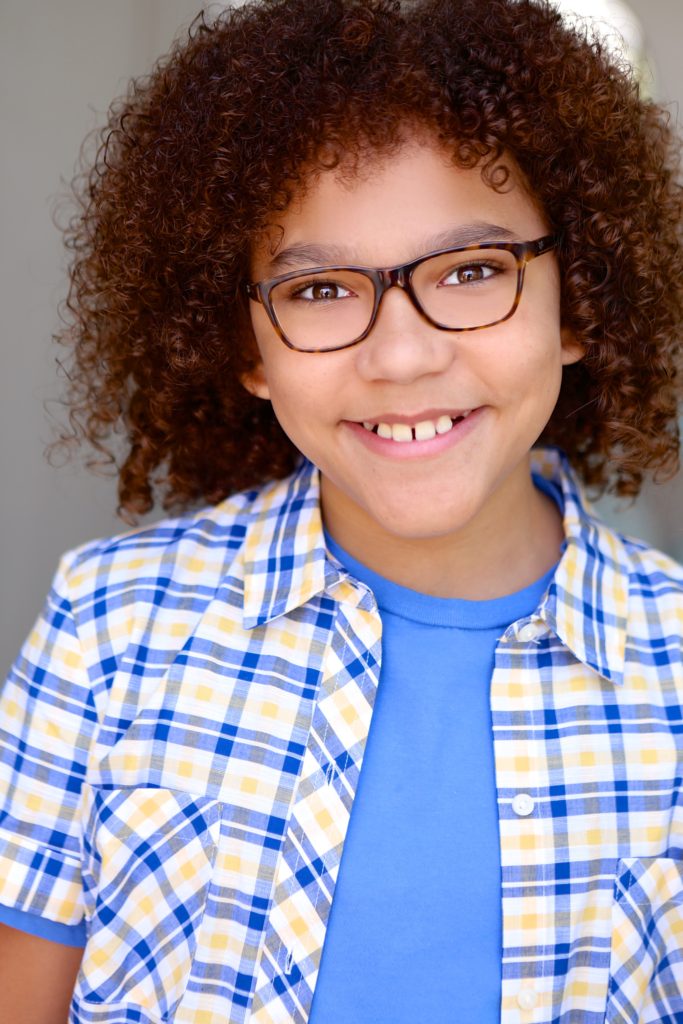 “I know being a part of this show has sparked conversations in my own home with each episode,” he says. “I knew racism existed but not to the extent that it does, like all the different levels, not just a black vs white thing.”

As well as wanting the show to continue to dive into relevant, dynamic, and important topics, Ethan has an idea of what he hopes for with his character going forward in the series.

When TEENPLICITY brought up his real-life talents in Jiu-Jitsu compared to his character’s lack of coordination or sports activity, the actor knows exactly how he’d incorporate his own talents into Johan.

“If he ended up playing a sport that would be cool,” he starts. “I played competitive soccer and flag football before getting into acting. I miss that I don’t get to play sports as much now.” He does go on to confess before joking, “I’m not sure that Johan himself would be great at those. Maybe archery? I mean, give Johan a bow and arrow – what could go wrong?”

Another way to mix in his own interests with Johan is by a special guest star joining the show. “Michael B. Jordan,” is his immediate answer when thinking of who he’d want to appear on the series. On what role he’d have the Creed actor play, Ethan says, “He could maybe be a P.E. teacher who just doesn’t know what to do with Johan and his lack of athletic ability.”

While playing a new sport wouldn’t be Johan’s New Year’s resolution if he had one for 2021 (“I think his resolution would be to maybe eat less fish bacon.”), Ethan’s focus is on continuing his Jiu-Jitsu studies.

“I would to be able to work on getting my next belt in Jiu-Jitsu if I’m able to get back into a studio and train,” he says of his own New Year’s resolution. “Right now I just have to work out at home.”

2021 is set to be a big year for Ethan’s acting. Not only does he have the second season of mixed-ish premiering on Tuesday but he also has a super top-secret project for Disney+.

“I have an exciting voiceover project that will air on Disney+ sometime this year that I am dying to share with the world,” he reveals. While he cannot say much about his work on it, he does say, “It’s been so great working on this film and with the people involved in it. It was a role I wanted from the minute I read the audition.” As well as these projects, he adds that he’s been auditioning for other projects while the show has been on hiatus.

With his eyes on the future, Ethan knows exactly what role he’d love to play. “A superhero!” he exclaims. “Like a live-action movie of Into the Spider-Verse and I could play Miles Morales.”

However, the young actor also has plenty of other goals in mind to accomplish over the next five years. “I hope at least three more seasons of mixed-ish. Definitely a lead role in a feature film,” he begins, listing his career aspirations before turning to his personal goals like, “Driving, maybe in a classic vehicle.”

TEENPLICITY asked Ethan to answer a few quick and fun questions about his favorite things and what has caught his eye on TV!

TEENPLICITY: What is your favorite video game?

TEENPLICITY: What is your favorite snack?

TEENPLICITY: What is the TV/movie that you watched the most in quarantine?

TEENPLICITY: What is one show – other than your own – that you can’t wait to see new episodes of in 2021?

ETHAN: [I’d] love to see more episodes of The Mandalorian.

mixed-ish returns to ABC with its season two premiere on Tuesday, January 26th at 9:30pm /8:30pm!

*Interview has been edited and condensed for clarity.

Nine tips & tricks to help you get through your first convention!