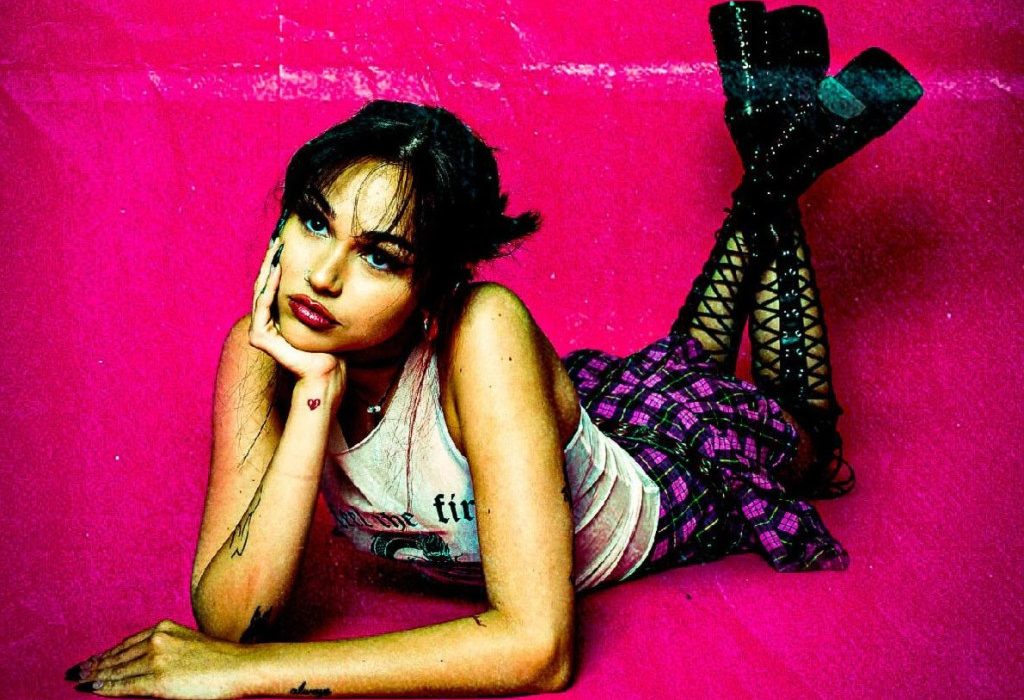 Maggie Lindemann began her music career at 16 releasing alt-pop tracks like “Knocking on Your Heart,” “Couple of Kids,” and “Things” before taking off with her frustrated declaration of girlhood, “Pretty Girl.” She was immediately classified as a pop girl with what she put out without an extended conversation regarding her actual sound and what she thought of her music. But she did garner support from listeners who connected deeply with what it was she had to say.

“It’s funny because I used to hate when people put me in a ‘pop’ box. But now, when people label the music as alternative rock, pop-punk, I love it,” she says to me when I ask her about the discussion of genre surrounding her music. “It’s music I’ve always wanted to make so being associated with the genre is a dream honestly. I definitely did shift and I’m not going to go back to that music, but I am still always growing and evolving in music.”

Even though the production in her music grew along with her, her lyrics have always been a place for her to express herself and build that connection. Like a diary, her songwriting has allowed her to get her emotions out and send statements about what she was feeling which between the ages of 16 and your early 20s especially, can be quite the journey. “It’s been hard. Just trying to figure out who I am and what direction I wanted to go in at such a young age,” she starts when I ask her about navigating her way these past years. “I was forced pretty young to figure things out, which is both a blessing and felt like a curse. But I’m really happy with where I’m at now, musically and in my life.”

“At the end of 2017, I was really going through a lot, I just felt really lost.” Maggie talks a little bit more about this in her 2019 interview with HypeBae when she mentions how at the start of her music career, she wasn’t sure what kind of music she wanted to make so she made the music she could at the time. “I started to just finally say fuck it and do a lot of things in life I always wanted to. I think just in that journey, I really discovered myself and who I wanted to be, and along with that came the music,” she explains about gaining that confidence.

I was forced pretty young to figure things out, which is both a blessing and felt like a curse. But I’m really happy with where I’m at now, musically and in my life. 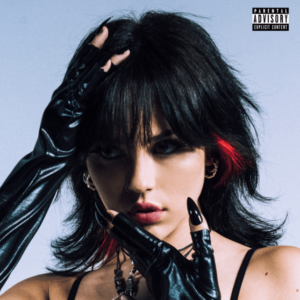 Since then, she’s released more singles here and there including “Friends Go” with Travis Barker of Blink-182. But the start of this year was the release of Maggie’s debut EP, PARANOIA. It’s a transformative EP that gives Maggie the space to show that whatever earlier listeners thought the extent of her musical abilities were, they need to think bigger. It starts with her single “Knife Under My Pillow” setting the scene early for the way the album explores anxiety, fear, and trauma and heightens it even more leading into the second track, “GASLIGHT!” We lead to her homage of Tim Burton’s Edward Scissorhands, “Scissorhands” and then she continues on with explorations of isolation and loneliness.

It’s a heavy project that matches its heavy sound, but it’s also a work of introspection. She shared in her interview with CelebMix that the writing process of PARANOIA was during one of the happiest years of her life, which she clarifies meant that she was in a better place mentally during the writing process. “I think being in a more positive headspace made it easier to write these songs about my different emotions without feeling too engulfed in it, which is good for me. I think just in the production and in a lot of the vibes of the songs you hear my happy energy,” she laughs.

A number of factors, including a label change led to Maggie getting to release this body of work that feels authentic to her and gives her the creative control she dreamed of. She talks a little about trust on the EP mostly in that of trusting yourself which can often be hard to do especially if you’re often hard on yourself. “It’s been easier for sure. I feel so free to be my most creative self,” she says about where she is making her music. “But I’m constantly judging myself and questioning myself. I am my own worst enemy,” Maggie admits.

Constructing PARANOIA gave her the opportunity to really look at the direction of the EP and creatively how she wanted to construct it. “I think I’ve only completely scrapped a couple of songs, but for the most part, I just put other songs on hold–some just didn’t match the theme or didn’t feel as relevant,” Maggie says about how her debut EP has developed since the beginning. “I knew PARANOIA wasn’t gonna be scrapped because I have always been completely obsessed with it.”

“The singles stood out to me right away. I think there were 2 songs that I couldn’t decide on which should be a single, but other than that, it was easy to decide,” she says about the construction of the tracklist. “I just ordered it in a way I thought sounded best sonically.” However, Maggie assures there’s no “must listen” way to listen to it.

In terms of a song from PARANOIA that has changed meaning for her, she thinks about it for a moment before choosing “It’s Not Your Fault.” “I don’t feel any negative feelings anymore, so that song feels very distant to me, but I love it,” she says about the guitar-heavy ending track that looks at feeling trapped and the ways it impacts both you and the people around you. 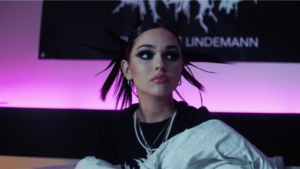 Songwriting is a big foundation for Maggie getting her artistry out there and it’s also the thing she says to be the most challenging. “Sometimes I get really off track and sometimes I kinda shut down so it’s hard to continue. And other times, I can write a song in 5 minutes because my brain is just flowing. Writing has always been the hardest for me,” she admits. When it comes to the subject matter, she says that she’s inspired by both her past and in the moment experiences, “It really just depends on what’s going on in my life at the moment. Sometimes nothing’s going on so I’ll write about the past.”

“I mean, we are living in weird times right now. I know so many people feel/are isolated and it’s been really difficult, especially for those people that need outside contact as an escape,” she notes. With music that captures what it feels like to want to break out of molds that others give you, break out of expectations that are set, and breakaway from fears that haunt, PARANOIA is fitting. “It’s been difficult, I relate to it,” Maggie continues, looking on a somewhat lighter side to add, “It’s nice to at least know we’re all in it together, I guess.”

Everyone I’m lucky to be surrounded by is so supportive and also so extremely talented. Being around people that constantly are helping you grow and inspire you is so amazing.

It helps that Maggie is lucky in the community she has in LA. Moving there at a young age, she’s also garnered a circle of other artists and creators that have made up her chosen family. “I feel like the people I’m around who are also in music or act or just make art, are just people who are supportive of me and helpful. Everyone I’m lucky to be surrounded by is so supportive and also so extremely talented. Being around people that constantly are helping you grow and inspire you is so amazing,” she praises them.

“I think LA, despite what people say, is a way more accepting place. It helped me discover myself without the feeling of judgment. It also is just a very progressive place and I feel like just in my growth, I’ve also learned so much,” she explains. Being born and raised in Texas, despite there being differences in acceptance in both environments, she does say she did develop a sense of warmth from it. “Texas is definitely different but I think just in the way I was raised, I have a different level of respect and stuff for certain things if that makes sense? Raised on southern hospitality,” she laughs.

Within her fandom, it seems that Maggie has also been able to build that kind of connection with her listeners and some of that is with the help of social media. And while there are positives that are there for the role social media has played in her career, when so much of the world is now virtual, she says that she finds herself attempting to take more of a step back. “I actually feel very less drawn to it than I used to be. Maybe it’s just cause I’m so focused on music constantly, but I just don’t find as much interest in it. It is really bad for my mental [health] so I try to stay off it,” she admits.