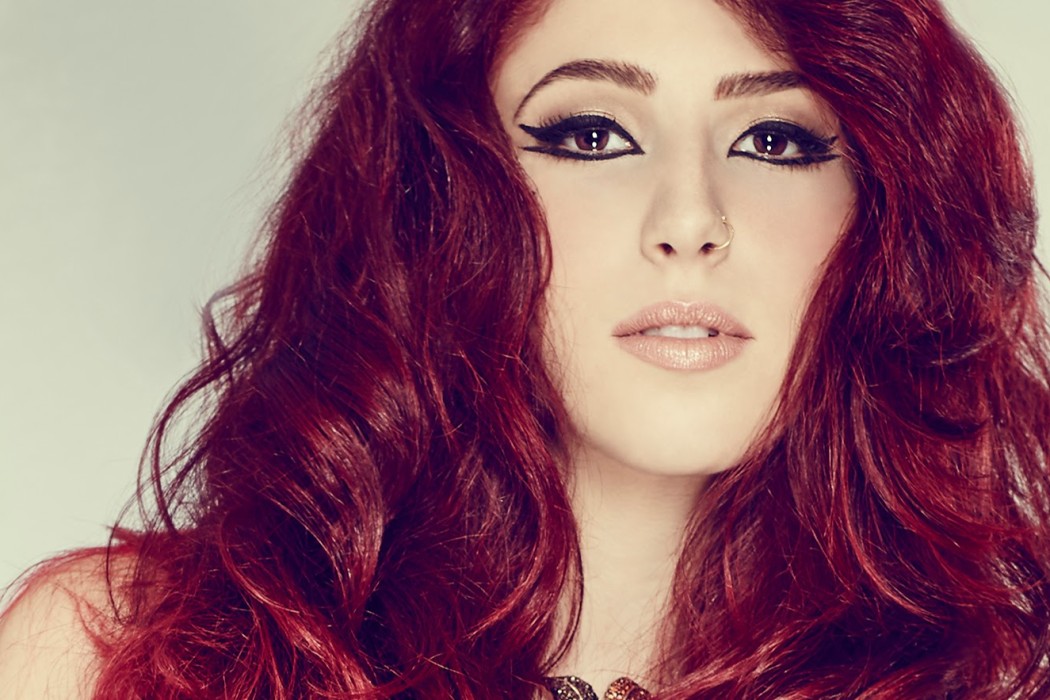 One of the beautiful things about music is its ability to help people overcome what they’re going through. Music can tell stories of resilience, of pain, of experiencing and figuring things out. For singer-songwriter Gigi Rich, music has played an integral part of her life and her growth as a person and as an artist. Taking up piano at the age of five, she wrote her first song, an emotional song about a personal experience, at the age of thirteen which not only helped get her foot in the industry but gave her the opportunity to participate in different songwriter workshops and circles.

It’s been said that a part of being an artist is allowing yourself to be inspired by other art. When listening to Gigi’s music, you can hear her ability to take her musical upbringing and make it her own. “I loved early late 90’s/the early 2000s pop music because that’s the time I was growing up,” she explained, “On top of The Rolling Stones, The Cars, Queen, and all of the soul artists that I love to listen to like Ray Charles and Al Green.”

Her 5-track debut EP All in My Head released this spring takes elements from these warm, fun, storytelling genres and pairs them with Gigi’s powerhouse of a voice and talent as a songwriter. “There were certain moments in my life that shaped me into who I am today and it was obvious I needed to write about them,” she said about the process of writing and crafting her EP. “I wrote a lot of songs for this EP and slowly weeded out the ones where I felt like I wasn’t sharing what I wanted to say. One idea can be a million different songs so it was just figuring out how to choose the right one.”

“I hope it shows how I will hopefully grow lyrically and musically as time goes on,” she continued about how she hopes the EP introduces her. “I feel like even since the release of the EP, I have started to evolve as an artist. I feel like it’ll be like that for every record. There’s always something different I’m going to want to sing, new music that will influence the production of my own stuff, etc.”

After recording the second song, “Mr. Bossman,” an upbeat, yet chill song with subtle Amy Winehouse and early girl group tones, Gigi realized that she was onto something with her EP. “Once it was done I really felt like all of the pieces were coming together. It can be a challenge to get a song to the place that you hear in your head, but I was working with people who understood what I was trying to do…it made the process fun,” she reflected. “For this EP, I was writing a lot about relationships and I haven’t had many of them so there’s a lot of new emotions that I hadn’t experienced before this. It was an interesting process trying to write through it.”

Looking back at her lyrics, she opened up about how a lyric from her song “Stupid” revealed a part of her. “I think it’s very telling. I am very sensitive and when it comes to people I’m close to—it doesn’t even have to be in a relationship—I take rejection very hard,” she says about the lyric, “Rejection doesn’t really suit me well.” “I get lots of big spontaneous ideas and can be very impulsive and when people don’t automatically agree with me I can be very…hurt.” She lets out a little laugh before adding, “I quickly get over it, though.”

Talking more about songwriting and opening herself up through her music, Gigi explained that while she does allow herself to be vulnerable, there is a consciousness that comes with putting herself into her music. “I think writing about family situations is hard,” she begins, “That type of thing is so personal to me. Love and relationships are different…there’s so much to say, you can hide a lot of details behind clever lines, etc. But my lyrics would have to be so specific. I would need to just let go and share a lot of personal feelings that I’ve never even shared with anyone else, let alone putting it into my music.” And while she may not be at that point now, she won’t rule out the potential of being at this point in the near future.

“I only ever figure that out when I’m in the process of writing,” she said referring to figuring out her songwriting. “Usually I’m just being too vague with my idea and need to narrow in on something more specific within that thought. I don’t like to just leave a thought as an unusual idea,” she exclaimed. “You can write a song about anything.”

First making a name for herself as a part of Gwen Stefani’s team on season seven of The Voice, Gigi gained skills as a performer. “It’s great exposure and it gets you to the top quickly if you do well,” she offered as advice for anyone interested in auditioning for a singing competition show. “The important thing is to have music ready for when it’s over. You have to take advantage of the momentum that these types of shows give you.” Working on The Voice, she gave credit to the show for helping her gain the confidence to work under stress and pressure.

Now that she has a platform of her own, she’s hoping that the music she brings to the table can open up more conversations. “Ultimately, I would love to use my platform to bring attention to different issues that we can tend to ignore sometimes or things that are hard to talk about,” she said. “I want to be a part of helping to break stigmas and bringing everything together. Sounds corny, but music has that power.” Aside from music, Gigi also has a love for another medium that has that power; poetry. “I read a lot of poetry. The most recent book that I read was by Lang Leav called The Universe of Us, it was extremely inspiring. I love the way she writes,” she answered when asked about any art that has inspired her recently.

Closing out our interview, Gigi shared a few little details about what fans can expect to see and hear at her performances coming up next: “I’m bringing a full band with me so it’ll be a bigger show!” She exclaimed, excited for how she plans to perform her music live, “Which I’m so happy about. There is a special intimacy with the audience when you play acoustic shows but I really want to bring my music to life!”

I have a weird mix happening right now!

Her debut EP, All in My Head is currently out now and available to listen here.

Kendra Oyesanya on Beychella, Step Up: High Rise, and Dance

When I hop on the phone with Kendra Oyesanya, she’s rehearsing for the BET Awards where she’ll be performing with Cardi B. Outside of…