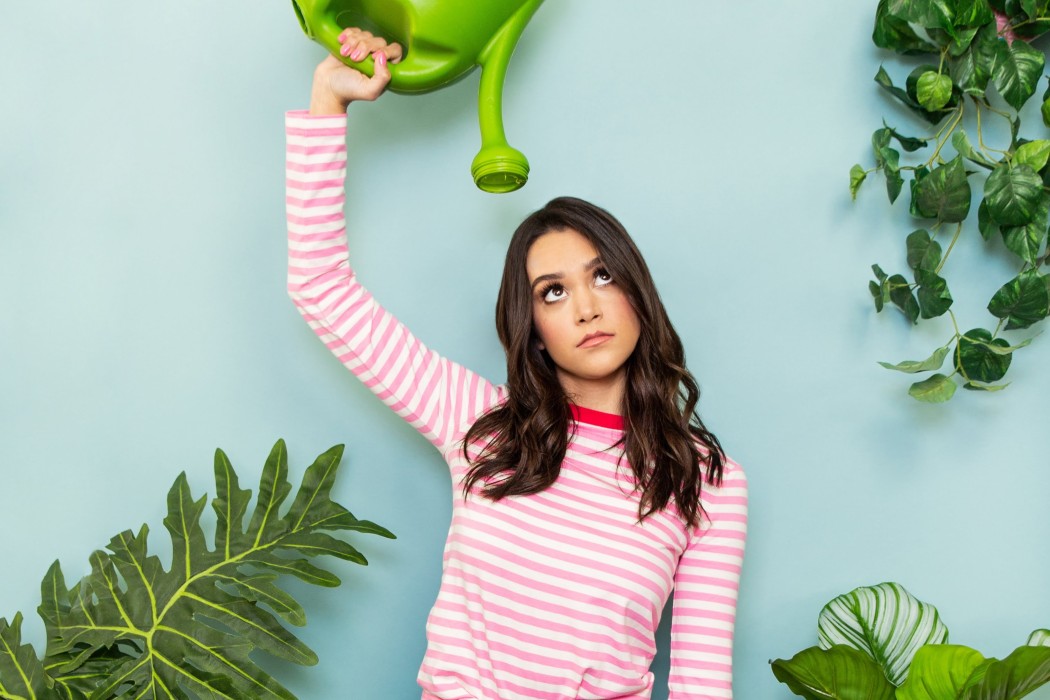 The last time we interviewed Megan Nicole was four years ago in 2015 when she was gearing up for her Sweet Dreams tour and promoting her indie film Summer Forever. Now at 25, she has the same excited and colorful spirit, but with the insight of someone who has grown. So, when we take that trip down memory lane, she notes the craziness about where she was then versus now.

“In some ways, that tour feels like yesterday. Career-wise, I’ve expanded a lot of my interests. I find myself interested in hosting roles, screenplay writing (even though I have no clue what I’m doing yet), as well as acting,” she explains. “On a personal level, I went from no men on my radar to being married. Didn’t see that one coming,” she quips. “But it’s been the best thing to happen to me. I went from workaholic to taking more time for myself, but I think I’ve found a good balance of both now.” 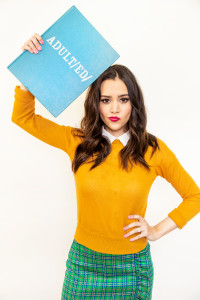 Now, she’s releasing a new web series through Youtube titled Adult(ed). Working with Jennyus Entertainment, Adult(ed) finds Megan Nicole teaming up with “experts” on different “adulting topics” in order to accomplish them and get a better and more stressfree understanding of how to navigate adulthood.

It’s fitting that this show would be the next step in her career given the differences in her life now. Among the differences (such as the ones mentioned above) is buying her first home, which she exclaims is the scariest “adulthood” thing she’s faced so far. “It was a very exciting thing at our age, but also very stressful in more ways than I could’ve imagined,” she talks through the steps from making the offer to getting the inspection.

“Also, just the pressure I put on myself to have it all together. To always have a clean home, and run a business, and take care of the dogs. I have to remind myself what I see on social media is just the highlight reel,” she adds.

With so many changes and adjustments in her life currently, Megan Nicole had the frightening epiphany that many do when they reach their twenties: that they’re in their early years of adulthood. “I felt inspired to create the series when I found myself in the deep end of adulting,” she says. “I was really interested in creating a different sort of content for my channel and it all made sense to continue in that direction. I can’t say I’ve seen the subject of ‘adulting’ tackled in a format like this.”

I have to remind myself what I see on social media is just the highlight reel.

The topics that the show covers ranges from hosting dinner parties to essentials for a kitchen to working out, taxes, and tending to plants in ways that focus less on generalized facts and figures and more on the individual and what they need to be successful in the adulting task at hand. As such, the tips are intentionally cost-effective and accessible. Commenting on that, Megan Nicole says, “It was so important because the main purpose is to be able to help people who are just entering that phase of life. I thought about people in my life like my sister, who just graduated from college and is stepping into a new phase of adulthood.”

She continues referencing the first episode where they’re making over a rental space, “I wanted there to be things that people could do today if they wanted! Usually, if you see a makeover show they could spend thousands of dollars, but that’s not always realistic. I want it to be things that anyone feels they could apply to their lives.”

“[The most important thing to show was] that we are all figuring it out together. We are all on the same journey and there is a reason I bring in an expert on each subject,” Megan Nicole exclaims. “They are an expert for a reason, and we don’t need to be the expert of everything overnight.”

Pitching the show in the first place came from a place of Megan Nicole wanting to look deeper into the things she was still figuring out or wished she learned earlier in her life while also being a collaborative effort, “I asked my friends as well, and from there, we honestly went with what would be easiest for us at this time to cover.”

In terms of the topics covered in the first season, she says she learned the most from the workout episode, “Our expert not only covered some great eating habits but the importance of mindset as well. I’m really excited for everyone to see that one!” Meanwhile, as Adult(ed) rolls out its first season episodes, Megan Nicole shares that she already has a few ideas for a potential season 2, one being about cars including how to buy one, taking it to the show, and potentially changing a tire.

Having a show that’s centered around adulthood and growing up, having it all together (or rather, the lack of it) also manages to be a common theme within her life. She shares that she’ll know when she has a strong grasp on adulthood through the reminder that she doesn’t need to have it all together. “That takes a lot of the stress off, knowing that I won’t reach perfection overnight and that’s okay,” she explains. “But also, I want to be able to make a great homemade mac and cheese cause I’ve already got the whole box one down.”

There’s also the element of joy that she brings in not only her work (especially on the show) but her life as well. When I bring it up, she looks back mentioning that she potentially learned that adulthood could include joy back in her teens. “A friend of mine would always describe me as, ‘an old soul, with a child’s heart” and I think that still rings true. If you take one look at my pink closet that’s filled with props like unicorns, disco balls, and piñatas, you can see that there,” she describes.

If you have a clear idea of your vision and who you are, it makes it easier to say no to the things that don’t fit that.

Being her own person and heavily embracing the parts about her that makes her an individual may have felt like it was always naturally evident in her career. But, that wasn’t always the case in ways that most would notice. Earlier in her career, she was faced with hearing others decide who she and her image should be even when she knew it went against her authentic self.

“I can definitely lean towards being a people-pleaser, which can make that even more difficult as well,” Megan Nicole looks back on those moments. “I think it helps to have a mission statement of sorts for your life,” she says about how she’s been able to push through those moments of others trying to decide who she is for her. “If you have a clear idea of your vision and who you are, it makes it easier to say no to the things that don’t fit that.”

Having those experiences managed to play a big role in influencing her current independent root. “It can be scary being independent because a lot of it rides on you. But it feels great to make the decisions yourself and really be steering your vision,” she briefly shares the slight con but rewarding pro of going independent.

Another pro is that she’s able to take more time and take a break with her music while also making other projects. While her current focus is on getting Adult(ed) out, she does share that she’s been creating a lot but is still “waiting for that right song to share next” something that she excitedly hints at saying she knows is coming.

In terms of artistic inspiration, she sings the sweetest of things about her husband Cooper and her marriage. “I was thinking about how I have so many songs about infatuation and the breakups, but not really any love songs,” she says. “Guess there wasn’t really anyone worth writing one about until now.”

“There are a lot of goals I haven’t achieved yet and a lot of things I still want to do, but sometimes I have to look back at what I have done and remind myself it was no small feat,” she exclaims as she looks back on the past 10 years. “I’m not even sure 15-year-old me would have seen me leaving Katy, Texas. I would say, keep on pushing forward towards your dream and never lose that part of you that’s not afraid to hear, ‘no.'”

I want to be real, but also create a positive environment and encourage people.

Within these 10 years since she first uploaded a cover of “Use Somebody” by Kings of Leon on Youtube, Megan Nicole has been able to carry some kind of a following. She shares, however, that the experience felt more like a community being built as opposed to being daunting. “In a lot of ways, I don’t think I thought about the people watching me grow up part,” she admits. “It felt like a lot of my supporters were growing up with me too. Then and now, I really try to be thoughtful with everything I put out there. I want to be real, but also create a positive environment and encourage people.”

The love and warmth that Megan Nicole holds for creating community and holding space for folks to grow together are evident. Closing out our interview, I ask her what advice she has for people struggling with emotional and mental transitions in adulthood to which she notes the importance of knowing that these issues are common so others are going through it as well.

“Remember you aren’t alone in this,” she starts. “You also don’t need to have it all together! It’s okay to be figuring things out still. At times, I see my parents still figuring it out too and that’s really comforting. If you have people in your life that have been through something similar, be sure to ask them for advice too!”

New episodes of Adult(ed) air every other Wednesday on her Youtube channel.

If 2020 gave the world a reminder of anything, it is the importance of family. To have the love and support from family as…