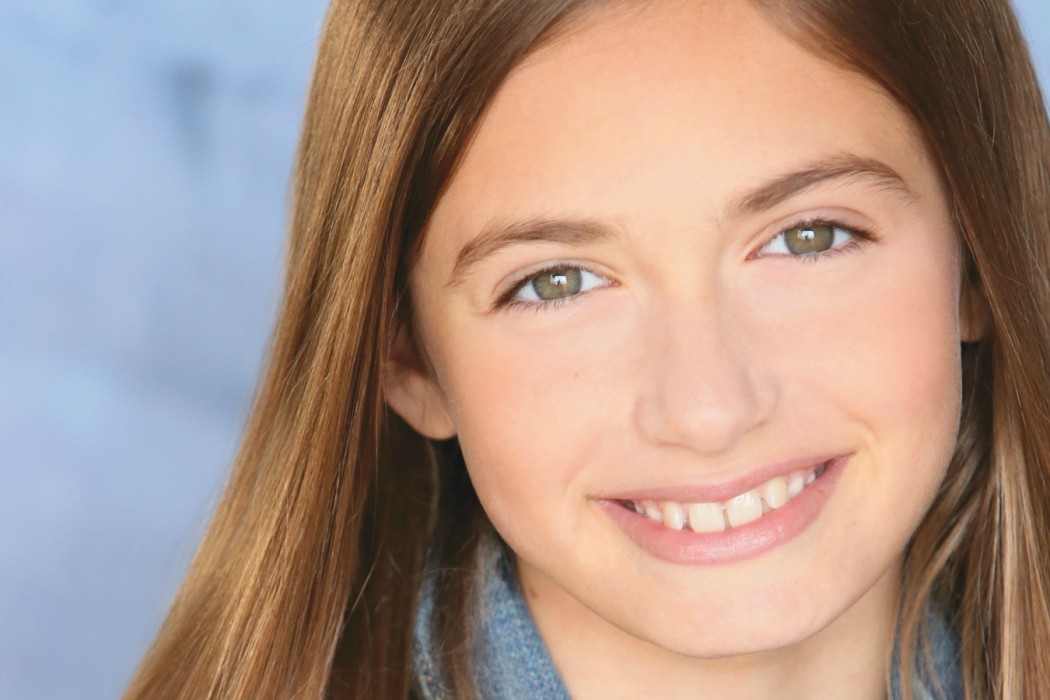 When I get on the phone with Nicole Berger, she is sweet, bubbly, and articulate. While she’s young, around twelve-years-old, and to some extent, a newcomer to the industry, she responds to my questions with experience.

Hailing from New York herself, the actress, pianist, dancer, and singer plays the character of Grace in Jon Abraham’s new movie Two for One, which will be premiering at the Napa Valley Film Festival November 8-13 of this year. The movie focuses on how the events of 9/11 affect an up-and-coming artist after he takes in two young girls whose parents have died. 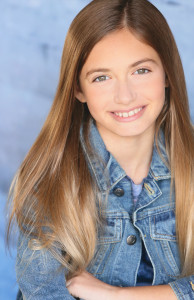 “So Grace is an eleven-year-old girl in Two for One. She’s a very precocious and talented young girl,” Nicole says about her character. “She is a piano prodigy in the movie and she’s a real fighter, but she’s extremely sweet.” Nicole explains that the up-and-coming, “really cool  and hip artist” (played by Jon Abrahams) decides to give up his artistic career in order to adopt Grace and her sister because their parents were his best friends.

When it came to doing the research and understanding the subject matter and how 9/11 affect not only those who were directly involved but everyone, Nicole shared that Jon Abrahams was a very helpful and important part of the process. “Before the movie started, I met with the director, Jon Abrahams, he’s amazing, I love him so much,” she gushed. “We met and we went over some lines and we researched some stuff about 9/11. He grew up in New York and I live in New York. It happened just before I was born so I did not experience it, but of course, he did so he helped me. We researched some stuff for about two weeks when we were meeting, it was nice.”

Discussing 9/11, Nicole admitted to me that she knew about the events from seeing the perspective how they played a role in the life as opposed to school, “I’ve learned about 9/11 for a really long time. It was never really a topic in school, like, we never really went into it, but I’ve visited the 9/11 memorial in New York and my dad knows Rudy Giuliani [Former mayor of New York] and so we met some of the families that were affected by the terrible effects of 9/11.”

For Nicole, she hopes that Two for One touches viewers and gives them a different perspective on the situation by focusing on family, “I really think this movie has the potential to touch people in many ways because it’s so emotional and really dramatic.”

Having played the piano for eight years since she was about four or five, auditioning for the movie, Grace seemed to be a great fit for Nicole. “My manager is Innovative Artists, they’re part-time in New York City and part time in California so I go back and forth,” she explained about how she got involved with the project. “I auditioned in New York City, they made me play the piano, read lines—I memorized certain scenes in the movie. I had to play a few pieces on the piano so they could see if I could play and that was it. I memorized lines and I played the piano.” She paused before exclaiming, “Then I got the part and it was really amazing!”

Talking about what it was like to get to work on the movie, she shares that she learned so much from getting the opportunity to tell this story. Especially with the talent that she was able to work with including Erika Christensen, Annie Potts, and Mickey Sumner, “They were all just so amazing and extremely talented actresses to be working with and I felt really honored that I got a chance to work with them.”

Aside from getting to witness the actresses talent first hand, Nicole explained they also helped her by offering her guidance, “And they all helped me like we practiced lines together. They were so supportive of me and they helped me if I made a mistake or they showed me directly how to do things.

“They were just really amazing people to work with,” she gushed. 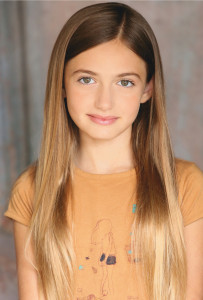 Nicole originally got her start as a model around the age of five or six years old before realizing how much she loved acting one to two years later.  “I decided that’s what I wanted to do with my life, so I started auditioning and had several film roles before [this]. Including, I’ve played in a movie called The Longest Week where I played Olivia Wilde as a young girl.  Also in the movie, she was a pianist so I had to play the piano in that movie as well.” However, there is something very special for Nicole in taking on this role in Two for One, “But this was the first movie where I had one of the main roles, so this was really exciting for me.”

As for what her dream role would be? She can’t help but exude excitement when she discusses her love for Disney Channel. “I would love to be in a Disney TV series,” she exclaims.  “My sister and I, my sister Isabella, she’s eight years old, we still watch Jessie, we watch Bunk’d, we watch everything! Yeah, that’s been my dream since I was like eight or seven, I’ve just always wanted to be on Disney Channel.”

A huge fan of Jessie, Nicole and her sister are also very big fans of Liv and Maddie, ” I’ve literally seen all of them. I’ve seen them like a million times. And we watch all the episodes on my iPad. I just love Disney Channel and it would be like my dream to be on it.” As a singer, a dancer, and an actress, Nicole also shares that she would have loved to have been a part of the Disney Channel classic, High School Musical,  “I love High School Musical. I love to sing and I love to dance. I take ballet after school three days a week for two hours and I, of course, take piano four times a week for two hours at [school] in New York City. Yeah, I really love to sing as well and I love musical theater.”

One of the benefits of living in New York; Nicole gets to experience the musical theater she loves, “I love Broadway shows and musicals. One of my best friends, his name is Graham (Montgomery), he was on the Broadway show called Kinky Boots, I’m not sure if you’ve heard of it but it’s an amazing show. I’ve seen it at least four times.” Fangirling about Kinky Boots, she highly recommends seeing the show especially for the musical talents of Cyndi Lauper who write the music and lyrics for the show. “I also like the show Matilda and Finding Neverland is an amazing Broadway musical as well.”

“I love to sing, I haven’t composed anything yet, but I really enjoy singing so maybe in the near future I could write a song,” she responds when I ask her if she has any interest in songwriting. “But, I love singing. And with singing, dancing, and acting, and playing the piano [because] you meet so many new people. That’s how I met my friend Graham and I have so many other friends on Broadway and yeah, they’re so amazing and talented.”

Closing out our interview, I asked Nicole who were five people who inspired her. “Olivia Wilde is one of them because I played her in The Longest Week and she’s really sweet and talented person. I love the movies Pitch Perfect and Pitch Perfect 2 so I really like Anna Kendrick, she’s nice and she has a great voice and she’s super talented as well. I love the singer Adele, I love her song ‘Hello’ I sing it all around the house every day, she’s very talented as well. Also, I love Celine Dion, I’ve seen her shows, her singing ‘My Heart Will Go On,’ oh my God, I love the movie Titanic! That’s like, I watch it all the time. And I’ve seen her shows at Ceasars Palace in Las Vegas. She has such a great voice. And lastly, in Kinky Boots, the main star, Lola. he was played by Wayne Brady he was so super talented, he has a great voice and he was so like outgoing and funny. He was so humorous and I believe he’s just a really, really amazing actor and extremely talented.”

Two For One premieres at the Napa Valley Film Festival, November 8-13th