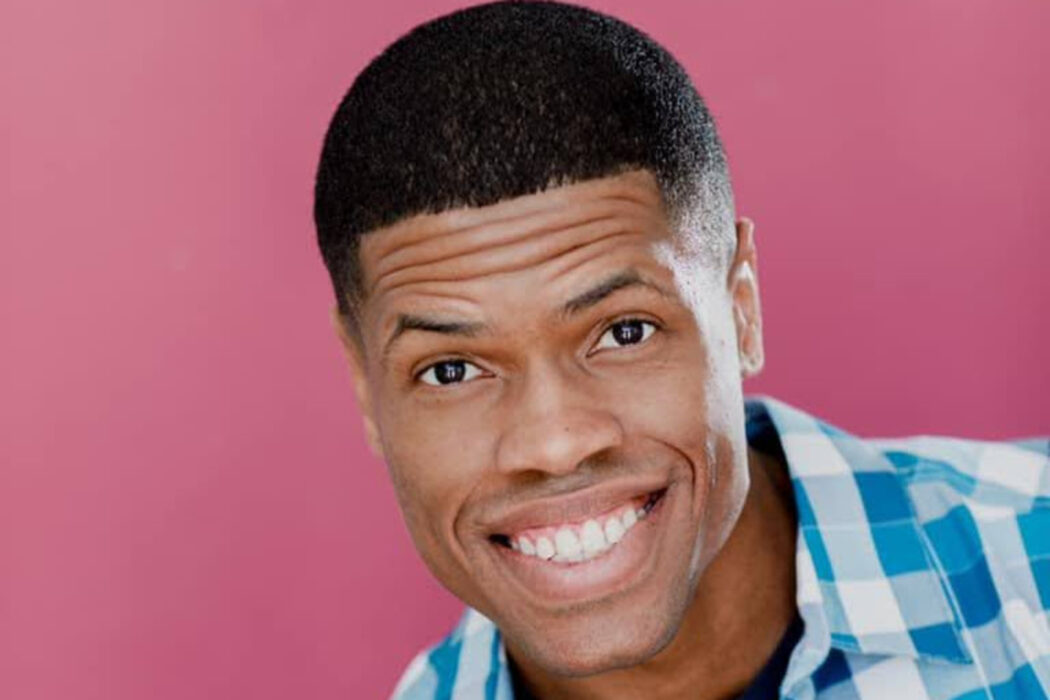 In 1997, Disney Channel took note of what other big networks were doing as they revamped the idea of the TV movie. Their parent channel, ABC, was known for their Movie of the Week programming during the 70’s and Disney Channel began producing “Disney Channel Premiere Films” in 1983 with Tiger Town, but it wasn’t until the premiere of Under Wraps that the era of Disney Channel Original Movies, or DCOM’s, began.

Written by Don Rhymer and directed by Greg Beeman, Under Wraps was Disney Channel’s first horror-themed TV movie premiering just as Goosebumps and Are You Afraid of the Dark? were finishing up their successful runs of youth-friendly horror. It introduced the characters of Marshall, Gilbert, and Amy who discover a mummy (who they name Harold) that they must return back to his sarcophagus before midnight on Halloween.

This year, Disney Channel has revisited these characters with their very first DCOM remake–this time with Alex Zamm directing and co-writing with William Robertson.

“I think one of the biggest changes that this movie has compared to the 1997 version is that Harold dances. Being a choreographer and a teacher and a dancer myself, that was an opportunity for me to capitalize on and just seize those moments in the movie and make them as entertaining as possible,” Phil Wright smiles when we get on Zoom to discuss the movie a few days after it’s release. He plays Harold in this version who was originally played by Bill Fagerbakke doing the dual roles of Harold and Ted–Marshall’s mom’s new boyfriend.

“Now shoutout to Bill who did a magnificent job in 1997, but I’m glad I was able to bring in my talents in the movie to make it a little bit different,” Phil says. He later gives a shoutout to Jaime M. Callica as well for what he brings to Ted joking that he was so glad that for his first acting role, he didn’t have to take on that dual role challenge–especially with the amount of time it took to become mummified.

While Harold may be his first acting role, Phil is no stranger to the camera. Aside from being a choreographer, he can also be seen on his Disney Channel show Disney Fam Jam, which he also produces. “You know, I’ve always been in front of the camera dancing and whatnot, but this project particularly really had me spark an interest in acting a little bit more,” Phil admits. Before booking Under Wraps, Phil shares that he hadn’t had any acting training but working on Under Wraps motivated him to change that. Now he trains 3-4 times a week in acting classes while seeking out acting gigs. “So it’s been a journey,” he reflects. “One thing I took away from this project is that I can actually act!”

You don’t have to speak a certain language to understand how that person is feeling or [what they’re] conveying. You can get someone’s emotions just by looking at their eyes.

A first role can be intimidating for anyone, but it can especially be intimidating when your very first role is also a role with no dialogue or coherent communication. “I thought it was a bit strange because when you see yourself as an actor, you look for lines, you look for dialogue and whatnot,” he begins when I comment on my amazement to choose this project as a first audition/booking. But it also creates a fun challenge. For him and Alex Zamm, having a mummy who doesn’t speak the language of the characters be both a crucial character and necessary for the emotional points meant they had to create a language for Harold to blend his understanding of the world into the modern-day world.

“I think physicality has a lot to do with everything–more than we know,” Phil says. “I think taking on this role taught me that you really don’t have to speak for anyone to understand where you’re coming from. You don’t have to speak a certain language to understand how that person is feeling or [what they’re] conveying. You can get someone’s emotions just by looking at their eyes.” The creative team for Under Wraps knew the importance of this and used silicone instead of latex prosthetics to better capture Harold’s facial expressions.

He describes the overall experience as very, very challenging but more rewarding in the end as well, “Obviously, I had to try much harder for everyone to understand, but it’s much more rewarding when you can figure out someone’s feelings without them shouting it to you or putting it plain in someone’s face.”

It gets to go both ways for Harold. While he struggles with verbally communicating to Marshall (Malachi Barton), Amy (Sophia Hammons), and Gilbert (Christian J. Simmons), the three also have to learn ways to communicate with him and help him understand this world that’s completely different from what was his home. However, there are at least two things that everyone understands regardless of a communication barrier: love and connections.

As best friends, Marshall and Gilbert understand each other and where they come from even though their personalities are incredibly different. The two of them welcome Amy into their friend group because of their ability to connect with her and wanting her to feel welcomed after moving to an entirely new town with her dad and his new husband. And even though Marshall is incredibly hesitant of Ted, it’s because of his connection with his mom and being used to it being the two of them that makes him want to keep Ted at an arm’s length before truly seeing how happy he makes her.

For Harold, love and connections are what keep him focused on getting back to his sarcophagus. He wants to be reunited with his love for eternity which he can’t be unless he makes it back by midnight. But it’s a task he can’t do alone. “All of the kids had different qualities that helped Harold along the way. Marshall has this leadership quality amongst all the kids that Harold kind of takes from him,” Phil says. “Amy has this sort of investigator, inquisitive thinking kind of character that Harold was able to pull from her. Then also Gilbert, with the funny, witty, lighthearted, timid, scared but still courageous at the same time wanting to stand up for himself, that’s what Harold was able to pull away from Gilbert as well,” he continues. “As Harold is helping them, Harold is also retrieving information from them to help him find his destination.”

As Harold is helping them, Harold is also retrieving information from them to help find his destination.

Disney Channel has a way of making DCOM’s that become traditions in the lives of those who grow up watching them. As the original Under Wraps has been noted as almost a cult classic among those who watched it during those earlier days of Disney Channel, this one offers room for a new generation to have theirs. With a young child of his own, as he and his wife get to create new Halloween traditions for them to celebrate, families all over might be incorporating this movie into theirs. “It still hasn’t settled into my skin yet because I know how iconic this movie was back in 1997 and I know that it was a bit of pressure and big shoes to fill,” he says when I ask him about it. “But we have been getting nothing but great reports from the audience and everyone that’s been watching the movie, so we’re very, very grateful for it and hopefully it does even more. And hopefully, other opportunities come from it as well.”

Opportunities, like perhaps a sequel? Which is not at all confirmed or in the talks (at least to my knowledge) and if they are, Phil is keeping quiet. That said, having choreographed for a number of amazing performers, I close out the interview asking him if there’s someone he’s worked with that he would like to see play a mummy in this hypothetical sequel to which he excitedly pitches MC Hammer. “Imagine MC Hammer being Harold and him doing the typewriter!” he paints the picture. “Imagine Harold in MC Hammer pants!” If that as a visual doesn’t already sell it, Phil adds that apart from knowing him personally, his humor would be great for the project and would make what seems to be an already special project to him, even more.

At 11-years-old, Sarah Silva took second place on La Academia Kids giving her an entry point to train in singing, dancing, and acting by industry…