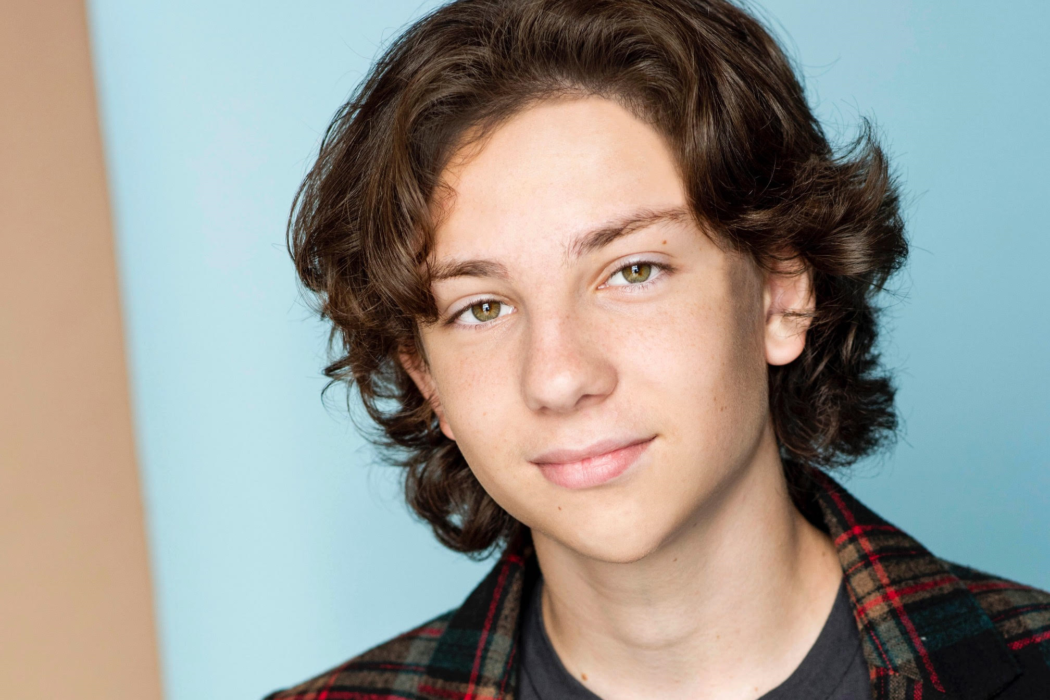 Everyone has that one thing – the thing that makes the hairs on the back of their neck stand up or sends chills down their spine. Every generation reinvents what their idea of this all-terrifying person or object is but there are some that span the ages.

For many, that’s Halloween’s The Shape. An imposing figure wearing a blank mask over its head that stalked Jamie Lee Curtis in the 1978 original film has continued to spread its fear to audiences in the years since. 2018’s Halloween acts as a direct sequel to the original, currently the main canon universe in the franchise, and reintroduced the frightening haunts of one Michael Myers aka The Shape.

Halloween Kills, the second film in the modern-day trilogy, continues the legacy and Tristian Eggerling was able to climb aboard for the ride.

“Well, everyone knows about Halloween, right?!” Tristian says when asked about his knowledge of the franchise prior to being cast. His knowledge comes from the 2018 release. “I just remember always being scared when the trailers came on TV or even seeing a poster on a billboard! I was always too scared to watch any of the films, so when I got the call that I booked the role of Lonnie, I first watched clips to start studying the original character before I flew to North Carolina to shoot.”

The actor recalls not even knowing he was auditioning for Halloween Kills when he went for the role. “The sides had a different name, and the scenes I auditioned weren’t actually in the script. It wasn’t until I was called back to Blumhouse that we started to get more information. Then, when I got the call from my agents, I was congratulated and welcomed to the Halloween franchise!”

The Halloween films are just some of the many horror and slasher flicks Hollywood has created over the years but only a select few have made the impact Halloween has.

“I feel incredibly lucky to be a part of the Halloween family! From the minute I stepped on set, the crew and cast made me feel like I belonged,” Tristian says. “The history of the franchise is something special that David Gordon Green and the producers took time to share with me while I was on set.”

It was amazing to feel immediately part of the Halloween franchise and all the nostalgia of the details of the past.

While he is hesitant to say more due to spoilers for anyone who hasn’t seen the film yet, he shares, “Hearing the stories behind [the easter eggs in the film], listening to past stories about the original film and past shoots was contagious. Everyone truly loves ‘all things scary and the month of October.’” Having that experience on set and hearing those stories even got Tristian so much in the mood that he started watching a few scary movies himself, something he doesn’t usually do!

“To tell the truth, I’ve never watched super scary movies,” he reveals. “I love suspenseful mysteries like Sherlock Holmes and watch action-adventure mostly. However, now that I have seen Halloween Kills and the original Halloween, I am wanting to go back and start watching classic horror films like Dracula, Jekyll and Hyde, and The Twilight Zone.”

In the recently released Halloween Kills, Tristian portrays a young Lonnie Elam. The original Halloween saw Lonnie as a bully to Tommy Doyle and an almost-possible victim of Michael Myers as he was dared to enter the Myers house before Dr. Loomis stopped him. 2018’s Halloween drops the character by mention only, noted as the dad of Cameron, the boyfriend of Laurie Strode’s granddaughter Allyson.

Halloween Kills goes further to explore the kind of person Lonnie is.

“He might seem to have a tough front, but he is really led by insecurities,” says Tristian. “He’s not a brave guy and exploring that through rants of improv with the director David Gordon Green helped me keep that portrayal real.” 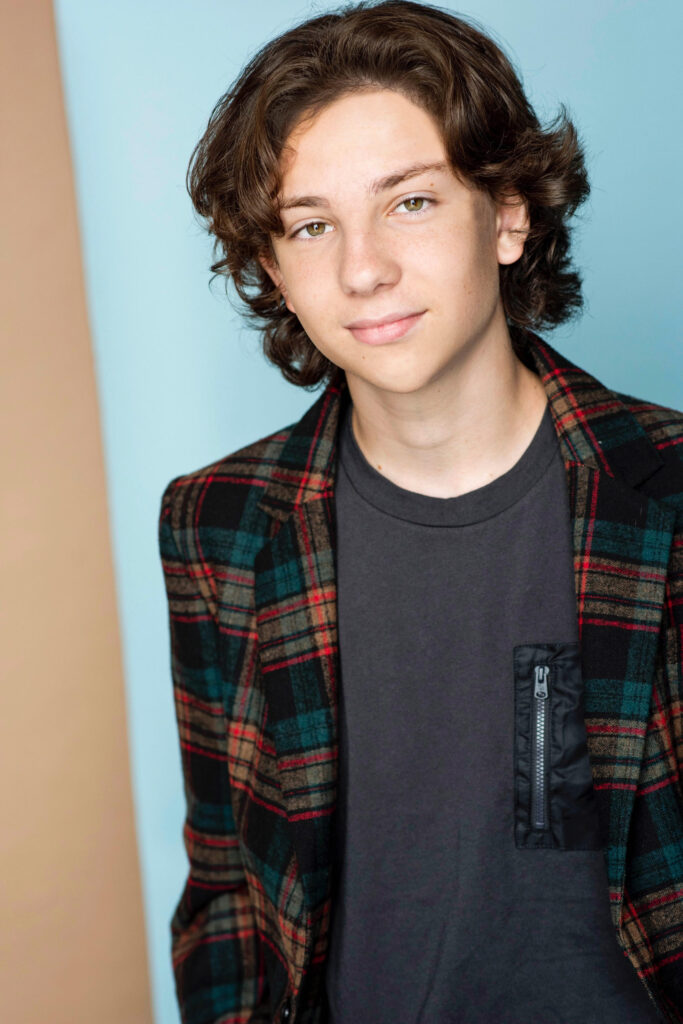 He adds, “So Young Lonnie Elam, ironically who was known as a bully in the original Halloween, in my experience is either being bullied or attacked in Halloween Kills.” He liked this addition to the character that he got to portray. “It was interesting to help set up his character development of present-day Lonnie and the gravity of his past memories. The memory of his past fears is important in his decision making in Halloween Kills.”

That memory in particular is when Lonnie almost encounters The Shape when he’s young. According to the actor, this film gives another look at Lonnie’s past relationship with The Shape. “Without a doubt, any run-in with The Shape impacts you, and when a large enough mob of people make decisions from fear, bad things happen to good people.”

The sequel not only brings back Lonnie but other characters from the original films who survived that first Halloween night. The gravity of that decision by filmmakers and the history of the role he was taking on didn’t hit Tristian until it came time to film.

“I didn’t really understand how much it meant to book the role of Lonnie until the first night I walked onto set. Everyone said, ‘Look, there’s our Lonnie!’ and I was immediately welcomed to the big circle of DGG and them,” Tristian recalls. “It was amazing to feel immediately part of the Halloween franchise and all the nostalgia of the details of the past. When photos of the flashbacks leaked, I started to realize just how much the fans loved the original film.”

He teases fans, “They are in for many cool surprises for sure!”

Now that I have been turned on to this franchise, I want to go back and watch from the beginning.

Fans aren’t the only ones who are excited to see things like Jamie Lee Curtis continuing her tenure as Laurie Strode. When asked which character he would have loved to work with and didn’t get to, or someone he wished to have more scenes with, Tristian says, “I had a great time working with The Shape for sure, but I would have been so excited to get a scene with Scream Queen Jamie Lee Curtis! I don’t just admire her work as an actress but also her focus on charity work and doing good. I even brought one of her children’s books from my bookshelf at home for her to autograph while on set.”

Being on the set for Halloween Kills proved to be a great experience for Tristian.

“The vibe was eerie for the night scenes but filled with laughter between takes and storytelling. Everyone was so incredible to work with!” he says. The actor continues, “I got to hang out with [FX Artist] Chris Nelson and he showed me all The Shape’s masks and explained how he creates his work. Dylan Arnold who plays Adult Lonnie’s son Cameron was fun to talk to, as well as Mr. Longstreet [Robert Longstreet portrays the Adult Lonnie Elam]. Really talented guys! I even got to hang out with OG Nick Castle [the original Michael Myers] while doing ADR.”

Tristian goes on to share how some of his best moments were being stalked on the sidewalk by Airon Armstrong, an actor and stunt performer who portrays a 21-year-old Michael Myers in the film, and having Airon tell him how to fall down safely.

“Filming Young Lonnie was a physical and emotional rollercoaster!” he says. “I’m not sure how many times the vintage candy was launched from my pumpkin by my tripping and falling, and David Gordon Green was incredible to work with. We would get a good take and then he would just start talking and I would react and improv off the story he was telling. It was easy to feel the pulse of the moment that way after I let go.”

Given the legacy of the Halloween franchise, it has also created a multitude of characters. With a large variety to choose from if he were able to play any other character in any of the films, Tristian makes an interesting decision.

“I would love to hop back in time to play Lonnie in the original Halloween as well,” he cleverly states. “I had such an amazing time playing him in Halloween Kills, so I would jump at any chance to play him again and develop relationships with all the original cast.”

Considering the holiday the films focus on, TEENPLICITY asked the actor if he had any of his own Halloween traditions.

“My dad is a chef, so we always start the month carving very detailed pumpkins,” Tristian shares. “My favorite so far was an evil jack-o-lantern gnawing on a scared little pumpkin. I also love designing a unique costume with my mom every year, so it’s usually handmade, and of course, decorating the house and yard.”

Though he didn’t consider himself a fan of scary movies before being cast in one, Tristian proudly states Halloween Kills as one of his favorite Halloween/Autumn films. “Now that I have been turned on to this franchise, I want to go back and watch from the beginning.” Other favorite seasonal films include Edward Scissorhands, Knives Out, and Murder on the Orient Express, though he admits the last one is more winter than autumn.

In the spirit of the season, TEENPLICITY had one last question for Tristian: Trick or Treat?

“A trick for sure! I’ve always loved to hide and jump scare my friends and family. The only time it doesn’t work is when I try scaring my dad.”

Halloween Kills is in theaters now and available to stream on Peacock!

There are some moments in life where everything feels right and it all just clicks. For Ethan William Childress that happened with acting. Funnily…