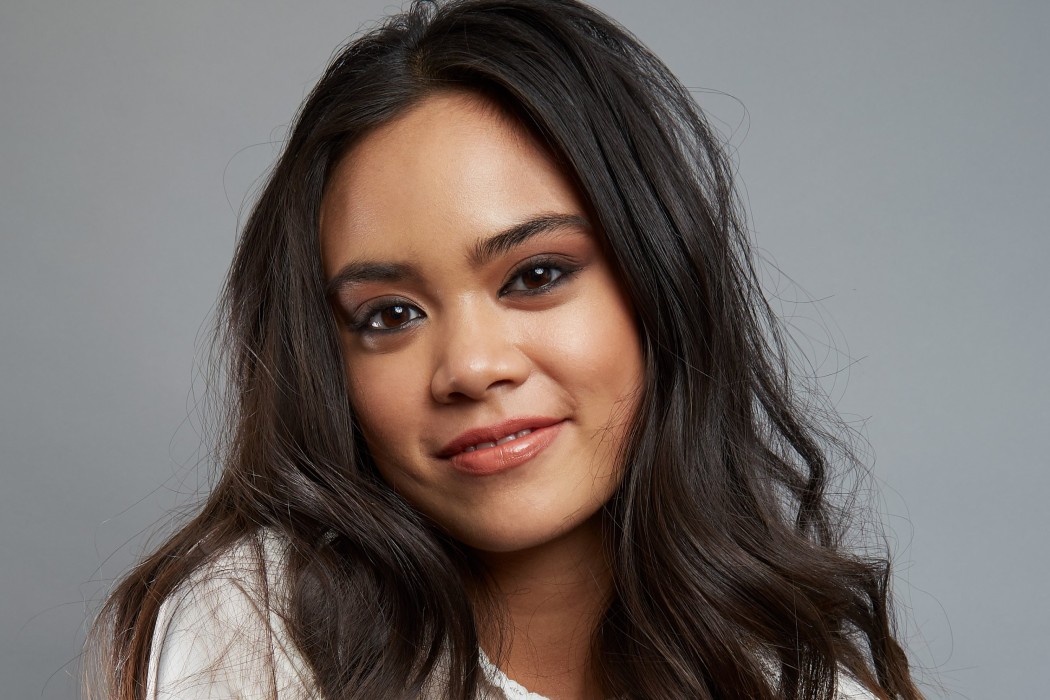 Around the age of 10, Sari Arambulo realized she wanted to get into acting. From hip-hop competitions, voice lessons, and local musical theater growing up in Los Angeles, Sari went on to take acting classes and get parts in commercials. Moving from there, Sari has also had roles in Girl Meets World, The Middle, and Modern Family.

Her most recent project, however, is her role as Grace in the new NBC show A.P. Bio. “Grace, with her sweet demeanor, just seemed like such a fun role to play,” Sari says about what drew her to the character. “The writing was absolutely hilarious and really spoke to my sense of humor.”

Set in Toledo, Ohio, A.P. Bio focuses on disgraced Harvard philosophy scholar Jack Griffin (Glenn Howerton) when he returns home to work as an AP Biology teacher and takes to using his honors students intelligence to get back at his rival Miles Leonard (Tom Bennett). Despite the classes thirst for knowledge and actual want to learn biology in class, they’re left with a vengeful, narcissistic (and unstable) Jack who sets the bottom line in the pilot that he has no intention of teaching biology.

Although she comes off sweet and innocent, Grace manages to get herself tangled in the drama of high school be that the politics of student council, relationship gossip, putting up with Jack and so on. “I would like to see Grace have moments with Jack Griffin and maybe she could teach him a thing or two about being a bit kinder and sweeter,” Sari hopes about the future of the show.

I am so blessed that A.P. Bio gave me these new friendships. I love these guys, they’re my set family!

“I think because we spent so much time together, as well as our personalities all just meshed so well—I would say that we bonded like that. We would just have so much fun hanging out in between takes and still to this day, we keep in touch,” Sari raves about the cast. “I am so blessed that A.P. Bio gave me these new friendships. I love these guys, they’re my set family!” 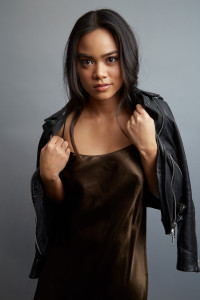 Looking at the other students on the show that she’d also like to play she admits that while it’s tough to pick just one, she’d love to play Heather (played by Allisyn Ashley Arm) or Victor (Jacob Houston). “They’re both super nerdy and have such distant mannerisms and personalities I would love to get the chance to explore these roles for myself,” she says.

Reflecting back on her time in high school, Sari took a bunch of advanced placement courses—still having memories of taking practice exams. “A lot of my AP’s were the exact opposite from Jack Griffin’s due to the fact that we actually learned things,” she quips. “But I did take an AP Calculus course where I honestly didn’t learn too much and I legitimately drew an apple on my AP exam—whoops.”

While she has a lot of experience with AP courses, there is one potential AP course that if she were in Jack’s shoes, she’d want to teach. “I would say maybe something like computer science or coding because I truly don’t have a clue what goes on with that. So, if there’s an AP computer science course I would be a teacher of that,” Sari says joking, “I would have all my students just solve all my technical issues with my computer. Gotta put the kiddos to good use!”

But while Jack relies on his students to help him get back at anyone that wrongs him, Sari would enlist the help of a different group of people—her perfect squad: her best friends, her mom, and her sister.

It’s such an honor and privilege to get to work with such talent in the comedic world.

Hoping that the show brings laughs and high school nostalgia to television by having so many talented voices in comedy, one of the driving forces is Glenn Howerton (It’s Always Sunny in Philadelphia). “He was so great. We had a lot of scenes with him so I really loved having the opportunity to observe his process as an actor and really learn about his craft,” she explains. “His improv is hilarious—he really taught me to not be afraid to just go for it—because it’s ultimately those strong choices that turn out the funniest.” 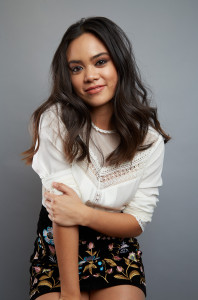 Along with creator Mike O’Brien and executive producers Seth Meyers and Lorne Michaels, the cast was really able to hone in on their comedy skills with influences from Saturday Night Live evident on set. “We have Paula Pell who plays Helen and she is brilliant and had some improv on set that had me peeing myself. We also had Taran Killam, SNL alum, guest star. It’s such an honor and privilege to get to work with such talent in the comedic world,” she shares.

Besides Taran Killam, A.P. Bio has other hilarious guest stars like Niecy Nash, Collette Wolfe, and Mark Proksch come in and stir things up as well. But as for any potential guest stars Sari would love to have, she pitches Atlanta star, Donald Glover, “I loved his performance in Community and feel like his character on that show would do so well in the A.P. Bio world. It would be amazing to have him come in and sub for the class—who knows what chaos we’d all get ourselves into once he’s in charge!”

It would be amazing to have [Donald Glover] come in and sub for the class—who knows what chaos we’d all get ourselves into once he’s in charge!

While acting, Sari also studies communications in college. “I wanted to study something that would support working in the entertainment industry and deepen my comprehension of the business as a whole, as well as learn about new up-and-coming media companies. Communications gave me exactly that,” she explains feeling grateful for all of the connections she’s made with the NBA, Food Network, Good Morning America, and Netflix. “I also minor in cinematic arts so that also gives me experience in production in film and TV.”

“It’s definitely hectic, but I wouldn’t have it any other way,” she continues about how she balances her education and working. “I’ve been balancing school and acting since high school so I kind of know my way when navigating the two. I love keeping myself busy!”

“A dream role [of mine] would be the lead in an action film,” Sari reflects on what she hopes for her career. “I realized I wanted to act after I enrolled in acting classes when I was a kid. My first experience on set really solidified that—that’s when I fell in love with acting.”

~~~
Bonus Question: If you could give some of your castmates some oddly specific superlatives, who would you give what?
Most likely to be drinking Teavana – Tucker Albrizzi
Most likely to be saying “gang gang” while stroking his beard – Nick Peine
Most likely to remember everyone’s names – Spence Moore II
Most likely to be freaking out over Reese Witherspoon – Eddie Leavy
Most likely to be talking about watching fight club while scuba diving – Allisyn Ashley Arm
Most likely to impersonate Wendy Williams – Jacob Mccarthy
Most likely to try and make a joke but then get self-conscious so you awkwardly laugh and stop midway – Jacob Houston

You can stay up to date on all things Sari Arambulo by following her Twitter and Instagram accounts.