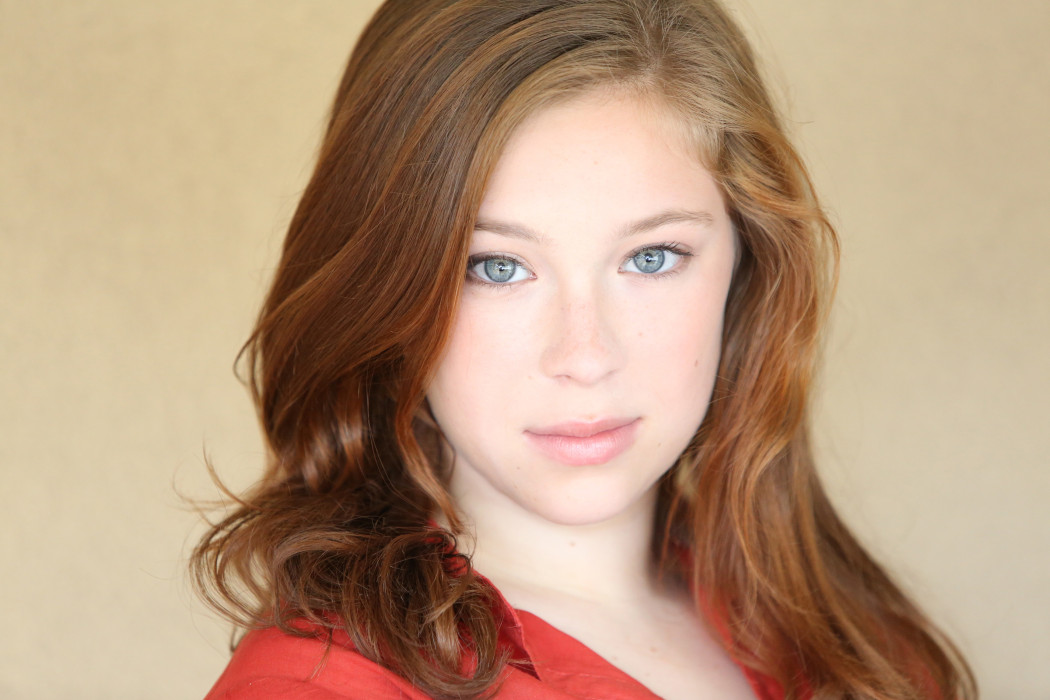 Actress Mina Sundwall discusses the reboot of beloved ‘60s series “Lost in Space” on Netflix and her service trip to the Dominican Republic.

As Netflix currently sits atop a thriving empire, with shows, movies, and specials for all ages being produced across the platform, a special series in particular will be given a new life.

“Lost in Space” follows a family that is quite literally lost in the galaxy and are far away from home. Based on the 1960s original series of the same name, it is often compared to Swiss Family Robinson. With the less popular 1998 movie currently streaming on the platform, audiences are gearing up for the modern take on a classic series.

Describing the series to be about a family that gets trapped on a distant, unknown planet when falling off-route of their destination to a space colony, actress Mina Sundwall can’t help but gush over the family dynamic that’s presented on the show. Calling it “pretty cool”, she goes on to say, “My mom is the ‘boss lady’ and the problem-solver, my sister is the educated doctor who is years ahead of her class, my dad is the fighter, and my brother is the scientist both in the head and at heart.” Talking about her own character, she says, “Penny is the writer and literature-lover with a romantic soul.” Taking up the mantle of Penny Robinson, previously helmed by Angela Cartwright and Lacey Chabert, Mina describes her character. “Penny is the quick-witted, sarcastic middle child with a loving heart, stuck in the middle of a very complicated family,” says the teenaged actress.

She realizes that she’s stronger than she thought, and she also learns that when you have a few things left in life, small pleasures make a huge difference.

She goes on to say that she relates quite well to her space-savvy character. “Starting from being in the awkward stage of teenager-ism – unfortunately – and often feeling out of my element, I also have a tendency to mark my place and interrupt grown-ups with lines like, ‘It smells like a butthole,’ – whether I’m proud of it or not is beside the point,” reveals Mina. “She’s ‘me’ on many levels and I aspire to see the truth when it matters,” she goes on. “And the fact that she never hides who she is or ‘fakes it’. She has no filters – like at all – and she’s the only literature-lover in a world of scientists but never feels the need to change herself to please anyone else,” concludes Mina proudly.

“The show keeps the quirky charm of the original show, but adds a level of ‘danger’ and ‘unknown’ that I think was less present in the previous versions,” Mina says of the series. She enthuses over the series and how it has evolved since the original series’ premiere. “Besides that, the tone, the relationships and topics of the show have been modernized – the difference in sets, costumes, effects, etc. is definitely obvious,” points out the actress before she laughs, saying, “including the hairdos and the fact we don’t talk to giant carrots!”

What is similar to the original series is the trouble buried with different atmosphere, climate, and other challenges while trying to survive on an unknown planet. “While they try to learn how to survive, they encounter various other lifeforms, more or less scary, and are forced to use their survival skills to re-create a home and a sense of stability in a place that has none,” explains the young starlet.

Like a family lost in space, we were lost in Vancouver!

Throughout the 10-episode season, Mina reveals that her character Penny goes on multiple journeys and grows from each one.

“As most of us when put in life or death situations, she learns to do things she would never imagine she could,” the actress confesses. “She realizes that she’s stronger than she thought, and she also learns that when you have a few things left in life, small pleasures make a huge difference – i.e., a bite of your favorite food, a waterfall, and a hug.”

Mina enthuses that her favorite storyline in particular involves Penny meeting a boy. “I’m excited for you all to see how it plays out.”

While science-fiction is a widely popularized genre, there is a special atmosphere to having a series set in space.

“IT WAS AMAZING!” exclaims Mina enthusiastically. “Neither Max [Jenkins, ‘Will Robinson’] and Taylor [Russell, ‘Judy Robinson’] nor I had ever done anything with this level of special effects,” she begins to explain. “We were learning together… being a family in the story but also holding hands and taking clues from each other when we were supposed to look in the empty dark sky and pretend there was some danger coming at us and we had to react at the same time, with the same level of intensity to nothing happening in front of us.”

Fondness seeps into Mina’s words as she recalls her time spent with the cast in Canada. “Like a family lost in space, we were lost in Vancouver!” says the actress. “We spent most hours of the day together: we ate our meals together, we were in each other’s face for six months in the good and bad days. I think that energy shows on the screen.”

In the future, the actress is hopeful for “more bad jokes from Penny” as just a start. “The rest is a secret…” she teases.

With that, we wouldn’t build walls anymore, and we would probably get back to the Paris Climate Agreement and dismantle nuclear armaments.

When Mina is not filming, she spends her time helping others. Recently, she visited the Dominican Republic on a service trip. She calls it one of the most inspiring experiences she’s ever had.

“I went to the DR with a group of teens. We lived in a remote village and spent our time building homes, painting the school and community centers, planting fruit trees, and learning about the importance of international relations,” explains Mina. “Looking at these incredible kids and families who had very little but so much life and joy taught all of us the importance of community, appreciating our differences, and at the same time, seeing the reality of an economy that is based on tourism and hides the real poverty from the tourists eyes as it’s ‘offensive.’”

She goes out, revealing more as she says, “Where half of the country doesn’t have access to clean water and only 30% of the children finish primary school. The leaders in our team were not only planting trees, but teaching them how to improves their agricultural productivity and become self-sustainable.” The experience left such an impact on her that she says, “Every time I talk about it, I want to jump on a plane and go back…” After spending the time there that she did, Mina says that you can’t look at your own life the same when you realize how much we really have and how little we would really need. “It is transformational,” she continues. “It would be amazing if we could include some form [of] service travel in the US high-school curriculum.”

Mina even confesses, “[I’m] trying to convince my mom that spending a couple of months in Ghana next summer is a great idea.”

In fact, her family has had a major impact on her desire to help others. “Traveling off-the-beaten path is the hidden passion of my family,” reveals Mina. “Over the years, it has inspired me to get more involved, not just ‘visit’. There is a lot of beautiful humanity but also unnecessary pain that could be avoided, especially for the kids.” She examples, “Looking at hardship in some townships in the outskirts of Johannesburg, or the lack of hope in certain Mayan villages in Mexico makes me want to scream sometimes. Or do something about it.”

Doing something about it is exactly what Mina is hopeful for in the future. “If I ever have enough money, I would want to create a fund to give a passport to every teenager in the US, especially the ones who are ‘scared’ of being out of their comfort zones, invite them to spend time in a remote location with a completely different culture,” details the young actress and humanitarian. “With that, we wouldn’t build walls anymore, and we would probably get back to the Paris Climate Agreement and dismantle nuclear armaments.”

Until she is able to accomplish that, she hopes that her actions of helping those in need will encourage others to do the same. “The desire of experiencing a life that is different from their own and with that embrace differences,” she describes as what she hopes they gain from her work.

Rebecca Perl on ‘Blame You’

Writers know that they cannot control when inspiration hits them. Sometimes it strikes at the most opportune moment and other times it hits at…