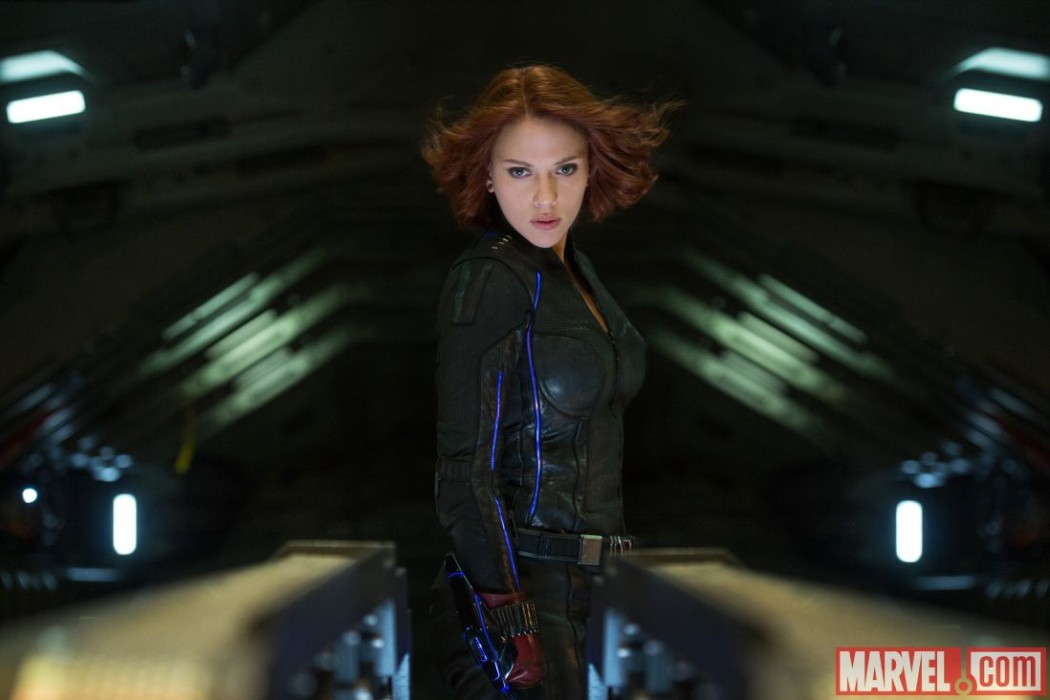 This time last year, I was obsessed with Captain America: The Winter Soldier. Besides my love for Steve Rogers, my love for Natasha Romanoff blossomed and I found myself geeked out and excited to see Avengers: Age of Ultron. While the first Avengers movie was good, in hindsight after seeing The Winter Soldier, The Avengers kind of felt like a salad before the meal; satisfying and exciting but not filling. But, maybe that’s just me. Regardless, I found myself loving the Russo brothers and their ability to make the second Captain America movie develop Natasha just as much as it developed Steve. Natasha wasn’t just the swift and clever eye candy that she was in Iron Man 2. She still had the layer(s) The Avengers gave her, but the Russo brothers managed to go beyond that.

*AGE OF ULTRON SPOILERS MAY APPEAR*

There is a difference between multifaceted and out of character. In The Winter Soldier, Natasha is multifaceted. We see sides of her where she is tough and snarky, but at the same time we can tell there is something beneath it. The movie does a beautiful job of comparing Steve and Natasha in a way that boosts their character development. The movie is just as much about Natasha battling with the blurred line between good and bad than it is Steve’s.

So, now we reach Age of Ultron which, if I’m being honest is a mess in a lot of ways. The movie is kind of like watching a building on fire; it’s cool and you can’t stop watching out of excitement, but at some points there’s a voice in the back of your mind thinking, “this is bad, someone should really call for help.” Not that I don’t see why people have enjoyed it, I do, in fact if I have I had to rank it out of five stars, I’d probably give it about a three.

I think Age of Ultron managed to prove what I decided to call, The Whedon Flaw. I remember in my First Year Seminar last semester, my professor went on this rant about how Joss Whedon should be credited as a “feminist director” because of his ability to develop women characters. In terms of Buffy, sure I guess, but from the looks of Age of Ultron; not really. To be fair though, I think Whedon just doesn’t know how to balance multiple characters in a movie in general. It always feels like at least half the team (usually those not named Tony, Steve, or Thor) is portrayed as expendable for a good amount of time so that the other half (Tony, Steve, and/or Thor) can have some type of inner issue. It’s almost like Whedon doesn’t know those three have their own franchises. 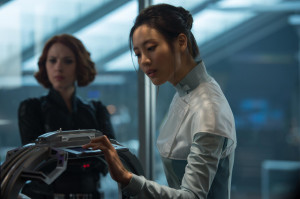 In terms of the portrayal of the women in Age of Ultron however, I feel like Whedon thought that because the film had Wanda Maximoff, Helen Cho, and a little Natasha backstory we wouldn’t notice that Brucenat is, well, ridiculous. Brucenat reached this point in the movie where I didn’t know if this happened because they needed an excuse to tone down Natasha’s fighting for the sake of Scarlett’s pregnancy. Even though I could at least respect that excuse, I still wouldn’t buy it.

There’s definitely some Natasha backstory, but so much of it feels like it gets brushed over by this strange schoolgirl crush she has on Bruce. At one point, you can actually see Whedon trying to make it feel like this makes sense by having Natasha tell Bruce, “you think you’re the only monster on this team?” In which she’s trying to make this connection between them, which in some ways is great because we get to see a little more of Natasha’s other side; vulnerable and unsure of who she is. In other ways, like Darren Franich says, it feels kind of like Natasha is meant to only be some typical female love interest there to only supply the pep talk:

Am I reading too much into Ultron? Maybe. But isn’t it weird that, by the final action sequence, Black Widow’s main role is the same role as Pepper Potts in Iron Man, or Jane Foster in Thor: The lady who helps her man become a hero? “I adore you,” she tells Bruce Banner, right before she forces him to Hulk out and save the day. He also saves her life, and then makes the executive decision to disappear—To protect her, I guess? Even though the last time they talked, she made it pretty clear that she didn’t need to be protected? – Darren Franich, EW

We have Dr. Helen Cho who is such a wonderful surprise in the film. I wasn’t expecting her character (I didn’t keep up with AOU production and press) but I’m glad we had her. Maybe it’s because I feel like the movie kept a lot of scenes unnecessarily extended (a few cheesy fight shots, Brucenat, attempts to make up for the fact that some characters won’t get their own movie, Brucenat…) but I think the movie could have used a lot more of her. Maybe that’s just my adoration for her being biased, but it could also be that like Maria Hill points out early on in the movie; there’s just way too much testosterone going on. 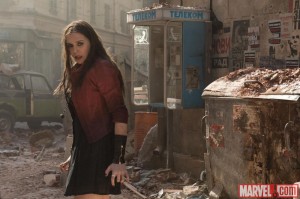 Then we reach Wanda Maximoff or as she is legally not allowed to be called in the movie; Scarlet Witch. I’m going to be one hundred percent honest, I love her. A lot of the fans were upset that the character was whitewashed (which I myself didn’t know until after the movie.) Despite that which is incredibly disheartening and problematic, I still have to give Wanda so much credit. Whedon was somehow able to achieve something with Wanda’s character that he failed with Natasha’s; give her inner turmoil and emotion without making her the sidekick to a “more troubled male hero.”

The relationship with Wanda and Pietro is great because even though Pietro is protective of his sister and loves her so much, you never get the feeling that she’s not capable of defending herself. Meanwhile, there’s a few moments in which Bruce fears himself so much that for some reason it gives off the feeling he believes Natasha can’t hold her own. Sure, in the end of The Winter Soldier and now in Age of Ultron Natasha hints that she wants out and wants free from this life and wants to start new, but does this justify devaluing her worth to the team? Surely there’s a way of showing Natasha as a human capable of loving someone without taking away from her character. In fact, there’s proof considering Tony, Steve, Thor, and now Clint are able to do just that.

At the end of the day, knowing that the Russo brothers are working on the next films, I’m excited. Perhaps they’ll be able to handle Natasha better and clean up the mess that Whedon made. Hopefully, they can also continue to develop Wanda as another amazing female superhero that little girls can look up to and dress up as for Halloween. The boys have a lot of work cut out for them, but someone is gonna have to do it.

Disney Channel has a reputation for creating popular television shows focusing on female best friends. In the early thousands, there was Lizzie (Hilary Duff)…