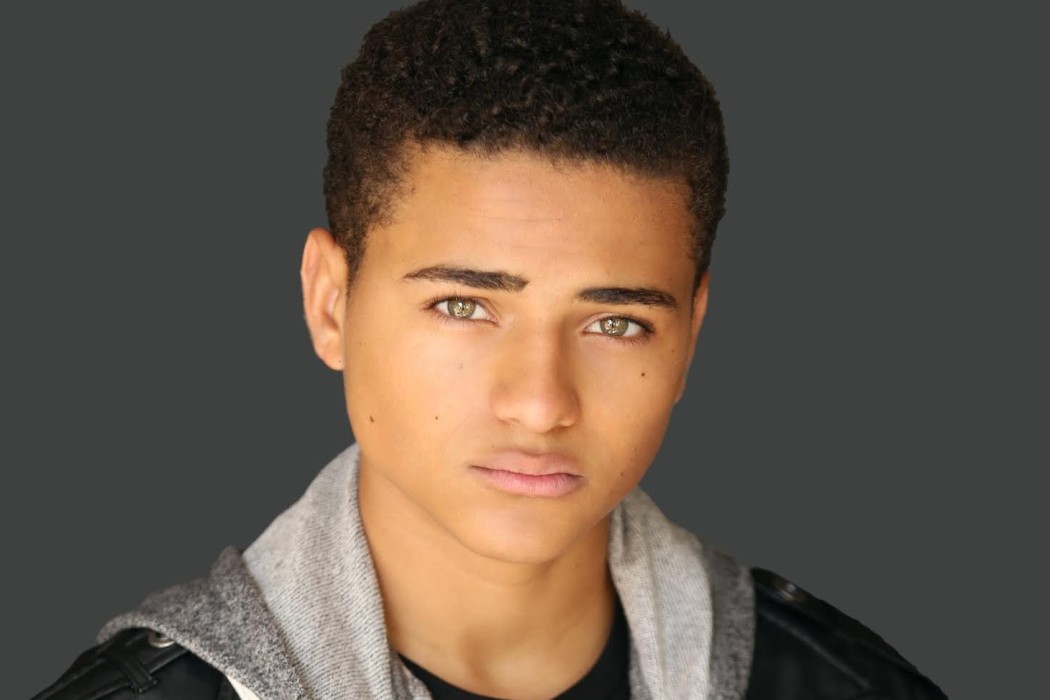 Getting to be a superhero is the dream of just about every kid or teenager at some point or another. For Nathaniel Potvin it’s not only a dream, it’s his job. On MECH-X4, Nathaniel plays Ryan, a teenager who discovers in the pilot that he has technopathic powers that allow him to control technology, including an MECH-X4 robot.

When the show premiered its first five episodes last fall on Disney XD, fans couldn’t wait for more. Almost immediately renewed for a second season then, the cast and crew finished filming the next season in March. While fans have to wait for this fall for the next season, season one just finished airing all its episodes over the span of two weeks with an intense, action filled two-parter finale that aired Monday.

“Well, the thing that stuck out to me when I was auditioning for Ryan was that he was just a regular kid with a special power. Ryan is a hero, and I’ve always wanted to play a hero,” Nathaniel reflected on first finding out about the show.

From the plot twists we’ve seen so far, Nathaniel shared that his favorite has to be the big reveal in episode eight that Ryan was adopted. “Reading my script that day, I legit gasped,” he explained. “There are definitely some more surprises, but I don’t want to spoil anything. Keep watching, it gets crazy!”

And of course, after the season one finale, it can only go up from here, with Nathaniel teasing, “season two most definitely raises the stakes because we have bigger and better plot twists and more episodes so fans can enjoy more of the show.”

Just as the show is rich with action, adventure, and comedy, MECH-X4 also manages to be rich with heart with the brotherhood between Ryan, Mark, Harris, and Spyderitsit’s core. “Being a family, supporting each other and doing what’s right is the message that the show conveys,” Nathaniel explains. “Ryan, Mark, Harris, and Spyder have each other’s backs. When you have good friends and family, you never have to do anything alone, and you will always have someone to back you up.”

Discussing behind the scenes work on the show, he praised the amazing stunt team for helping make the stunts feel and look effortless, “When doing stunts, we always have a talk with our coordinator and he gives us the low down on how the scene will go.” Of course, it doesn’t hurt that the cast also gets to incorporate their other skills, “Everyone picks up the stunts quickly because we all have physical backgrounds. I have trained in parkour, hip hop dance and some martial arts tricking so I do a lot of my own stunts. It’s a lot of fun.”

“One thing that I most definitely learned from working with the cast is that teamwork makes the dream work,” he begins. “For example, we like to have a good time on set but when it’s time to focus, we become real team players so that we can get the best scenes possible.” And just as you see their friendship and personalities vibrant on screen, Nathaniel explains that they’re pretty similar off-screen as well. “I actually think our characters and our own personalities are really closely related. Kamran is very calculative, Pearce likes to have fun and can be a wildcard sometimes, Raymond is like everyone’s older brother, and I feel as if I’m kind of in the middle,” he says, adding, “I like to be chill and have fun but I also can be very focused when I need to be.”

With so many other superheroes and superhero teams out in the world, Nathaniel couldn’t help exclaiming how excited he’d be if the MECH-X4 crew could pair up with the Guardians of the Galaxy on something. “Hands down because the Guardians of the Galaxy are AWESOME!!!!! Or the Avengers, that would be pretty amazing too” he said full of excitement. Another dream guest star for the show Nathaniel has would be comedian and talk show host Jimmy Fallon who he’d love to play the role of Spyder’s dad.

While we wait for Nathaniel to book one of his dream roles by playing an action hero in a Marvel movie, the next role you can see him in is an adventure movie alongside Rowan Blanchard titled A World Away. “A World Away is about six kids that win a trip to the Grand Canyon, but while they are flying there, they find themselves on an unexpected adventure,” during the adventure, the kids find themselves having to work together to get home. “My character Henry is the nerdy, brainy kind of kid who is not very popular,” Nathaniel describes. “He is very smart but wants to be liked and have friends. Henry’s character is nothing like Ryan and fans will enjoy seeing me play something so different.”

“I realized I wanted to be an actor when I was eleven; I took an acting class and realized I could pretend to be whomever I wanted while I was acting,” Nathaniel shares about how his appreciation for acting began. “It’s fun and it has evolved into a love and passion for me. Performing is what I was born to do.” Expanding more on his dream roles, he added, “I really want to continue to grow as an actor and work with great directors and other great actors.”

You can stay up to date on all things Nathaniel Potvin by following his Twitter and Instagram accounts.

You can catch episodes of MECH-X4 on Disney XD and on the Watch Disney XD app.