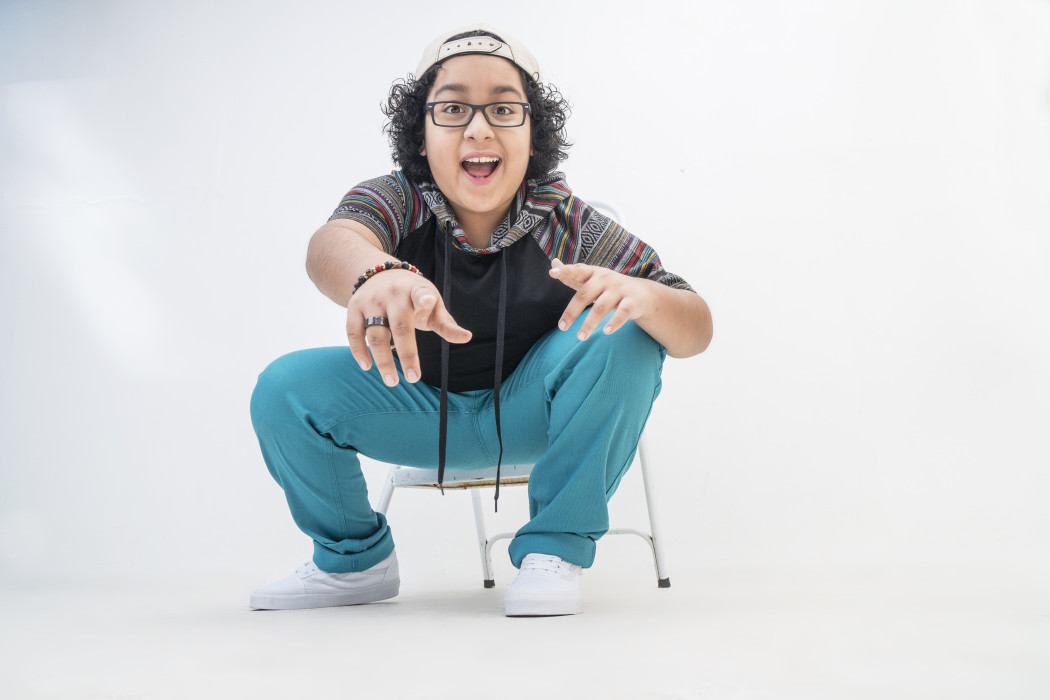 When I get on the phone with Nathan Arenas in April, he greets me immediately with a bubbly ‘Hello.’ Aside from his ray of sunshine personality, he’s without a doubt a triple threat. Nathan got his first acting gig after auditioning for the role of Jorge on Bunk’d which is currently airing the second half of its second season. A spin-off of the Disney Channel series Jessie, Bunk’d follows the Ross kids (Peyton List, Skai Jackson, Karan Brar) and their newfound friends (Nathan Arenas, Nina Lu, Kevin Quinn, Miranda May) at summer camp.

First starting off with seeing how the Ross kids adjusted to this new environment, the second season has opened so many opportunities for growth with all of the characters. “They’re definitely going to see a lot of adventurous episodes,” Nathan teased about what fans will see in the upcoming fun episodes. “[They’ll be] a lot of new stuff but they’re going to have to keep watching to find out.”

“Well, I really love ‘Fog’d In’ because I got to play a zombie which was just so much fun,” Nathan reflects. He laughs adding, “Snapping the table in half was, like, the best thing ever for me. And the episode where I got to teach Ravi how to have fun that was hilarious and so much fun to shoot.”

Working with such a fun, energetic, and talented group, you can hear the excitement in Nathan’s voice when he talks about his cast, or as he calls them: his Bunk’d Family, “We all see each other a lot, we all see each other at the same school so, of course, why not misbehave a little bit? Sometimes we play a couple games and stuff like Monopoly or Apples to Apples. We love playing that. We usually play basketball, that’s our most favorite activity. We just get along really, really well.”

Working on this sitcom together, Nathan explained that the group works on their comedy together by incorporating improv. “If we have time, we get together in a little circle and play a couple games of improv,” he says giving a shoutout to his costar and stand-up comedian Miranda May for her knack for the skill.

Continuing discussing comedy, Nathan talked about what he’s learned from comedy and comedic timing from working on the show and with his cast and crew. “Obviously, you have to wait for people to stop laughing to start another joke,” he laughed. “But, when I’m trying to get my punchlines like if another joke doesn’t go well, that’s what Jorge is there for,” he laughed again.

Giving advice for those who want to learn comedy, he says, “Just add it in, take a pause and usually say it calmly, that’s what I feel. I mean, you want their reaction obviously and if that doesn’t go well, get some emotion into it. I think that’s a good way.” Realizing he wanted to be an entertainer at the young age of four, Nathan realized he wanted to go into comedy when he noticed the power of joy that comedy can offer. “I’ve always loved seeing smiles on their faces. I mean, that’s just one of the things that I most definitely love and that’s why I love comedy,” he explained. “You get to have them be happy for at least an hour or a couple of minutes. Which I love, so yeah, I’ve always wanted to do comedy.”

The environment of the Bunk’d set has also allowed the cast to contribute their own suggestions to their character, “Actually, I see a lot of my younger self in Jorge. I mean, we both have a very, very vibrant imagination and sometimes we do think the opposite of things which is just a little bit too weird. Actually, for wardrobe I came up with an idea—I don’t know if you guys have noticed—but Jorge’s socks are actually mismatched. So that’s a thing I kinda added onto Jorge.”

A part about him, Nathan, that he’d love to incorporate into Jorge is his musical ability, “I play a lot of instruments, so I would love for Jorge to either drum, ukulele, guitar or something.” He laughs adding, “But, I would love for him to do something good for himself.”

“Sometimes we do,” he continues when I ask him about the cast incorporating suggestions. “We usually have a couple ideas like what our characters can do or something to add on to a storyline. Like, if we don’t like something that our character is doing, maybe we can ask our director and see if he likes the idea. But usually, we just go along with our storyline.”

With the last episode being “We Didn’t Start the Fire,” the upcoming episode, “The Great Escape” airs next week. While Nathan couldn’t answer yes or no about if Bunk’d was renewed for a season 3, he did share that he couldn’t say any details just yet. 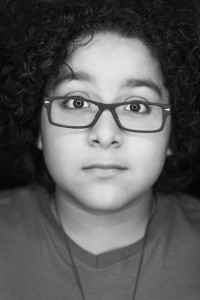 Besides acting, Nathan also has a huge love and appreciation for close-up magic which began two years ago when got his first magic kit on his birthday. “Like I said about making people smile and be happy, this kind of adds on to that,” he explained about how he took it up. “I just really love seeing smiles on people’s faces and making them feel a little bit of something that might seem impossible to them become possible for at least a couple of seconds.”

“I love David Blaine so of course, I have to go with one of his tricks,” he answers about his favorite trick to do: two card monte. Stating that he loves “the ambitious card routine” he says that it’s better to be performed than explained so he doesn’t give anything away.

As for the trick that he’s dying to learn how to do, he thinks for a second before answering, “I mean, I’ve always been obsessed with magic obviously, but a trick that I’m dying to learn…there’s this thing called the rising deck of cards. It’s when the cards break out by themselves. That’s a good trick that I would like to learn. But, a really, really, really good one…I guess, Houdini’s.” Nathan fanboys as he continues, “There’s only like one time where Houdini actually made it and did the trick—Chinese Water Torture Cell. And I don’t exactly know how he does that, but either way that’s a good trick I’d love to learn.”

Adding to the multiple talents that Nathan has, he’s also bilingual being fluent in Spanish and English adding that if he could learn another language, he’d love to learn French.

Currently, in the midst of auditioning and having a few projects lined up that he can’t say at the moment, we wrap up the interview discussing his “dream role” or more specifically, his lack of a dream role necessarily. “I would really do anything, I mean anything,” he explains why he doesn’t exactly have a dream role. “But, a tv show I would love to play on would probably be Stuck in the Middle on Disney Channel because we get along really, really well. We’ve been planning this idea to tell everyone that we want Jorge to go on and we don’t know yet, so hopefully.”

You can catch episodes of Bunk’d on Disney Channel. Season 2 of Bunk’d is available for streaming on Netflix May 28th.

The rain has been pounding at the windows for most of the day by the time Griffin Gluck’s phone interview with Teenplicity starts. Yet,…