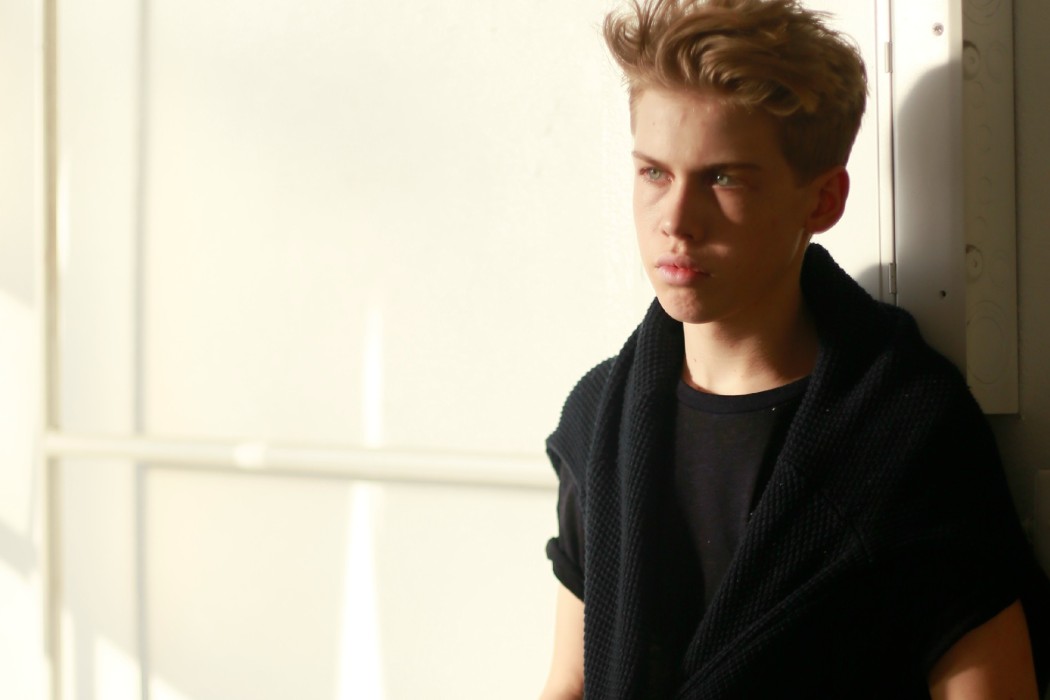 Teen Choice Awards nomination season has come and gone with fans eagerly hashtagging categories for their faves to be nominated in. From the classic categories such as Choice TV Actor/Actress to some more recent additions such as Choice Social Media King/Queen, fans worked as hard as they possibly could for the sake of the awesome surfboard awards. In one of the newest categories, Choice Selfie Taker, social media influencer Aidan Alexander became a strong contender. Working in short films such as the Grand Jury Prize winning .270 (2012) and running a popular Youtube channel filled with topics ranging from advice to tags, Aidan has managed to gain a strong and dedicated fan base adoring him for his message of acceptance and empowerment of who you are. Before he went on Digitour, we got the chance to pick his brain on his thoughts involving selfie culture, the greatest thing a fan has ever done for him, and his thoughts on working against bullying.

Teenplicity: How do you think the current “selfie culture” has contributed to our generation feeling a lot more pride and confidence in their appearances?

AA: I feel like the current “selfie” trend has contributed to our generation feeling more confident because there are a lot of people online feeling more comfortable to call you pretty and compliment you. It is easy to build people up online because you’re not embarrassed saying it to their face.

T: Do you think our generations “obsession” with looks and beauty is/can be problematic?

AA: I do think our obsession with outward appearances can be problematic because online the first thing you see on someone’s account is how they look, not their personality. I feel like it isn’t problematic for the people who strive to find out what an influencer is actually like, opposed to just what they look like.

T: Do you personally think beauty is skin deep?

AA: I believe true beauty is confidence, and it shows in selfies. It doesn’t matter what “flaws,” you think you have, they make you, YOU, and without them you wouldn’t be the person you are today.

T: Your fans were incredibly dedicated to voting for you to be nominated for Choice Selfie Taker for the TCA this year, what was your initial reaction when you saw them voting?

AA: When I initially saw them voting, I was super excited they thought of me as a great selfie taker, and was really honored to even be recognized alongside all of the amazing influencers, people also voted for.

T: What do you hope to see this year at the Teen Choice Awards (performers, hosts, celebrities, etc.)?

AA: I am so excited for the Teen Choice Awards and hope to see a lot of great performances from some of my favorite artists, along with seeing someone of my friends be recognized for the great things they’ve accomplished.

T: Is there anyone you hope to see nominated for any awards?

AA: I hope to see a lot of my favorite artists win awards and be noticed for their talent, their hard work, and their dedication.

T: You’re going to/attended Digitour this year, what are/were you most excited for?

AA: I am incredibly excited to see the Big Apple once more, and see all of my friends that don’t live in California. I am also very stoked to see and meet all of the amazing followers who have been on this insane journey with me from the very beginning because they’re on the ones who inspire me to continue making videos.

T: What’s the greatest thing a fan has ever done for you?

AA: The support from my fans is always equally unreal, but I would have to say one fan I recently met at BeautyCon London wrote me an incredibly sweet letter all about how much what I do has helped her, and that really made me know I was doing the right thing making videos.

AA: My favorite thing about social media is the opportunity to travel all around and meet the awesome people who make all of this possible. I have been given a lot of amazing opportunities I would not have been given otherwise, and I only have my supporters to thank.

T: You’re doing charity work too with DoSomething, NOH8, and Boxed Water, what made you want to work with those causes in particular and what’s your favorite thing about them?

AA: I am a huge supporter of anti-bullying and it is something I hold very dear to me because I have been a witness of bullying on a personal level, so I really wanted to team up with DoSomething and put my social media following to a good use and help end bullying. I also teamed up with DoSomething and H&M to help recycle fabric because 100 million tons of fabric is sent to landfills every year.. DoSomething is incredibly dedicated to helping others, no matter what the cause, and I find that very admirable and I am very excited to work with them in the future. I worked with NOH8 to promote equality and it was a really great experience to see the amazing turn out it had.

Read Aidan’s article on the do’s and don’ts on taking a selfie here!

Tennis Pros took the court to try their hand at various competitions to win money for their charities. Youth tennis clubs sent a representative…