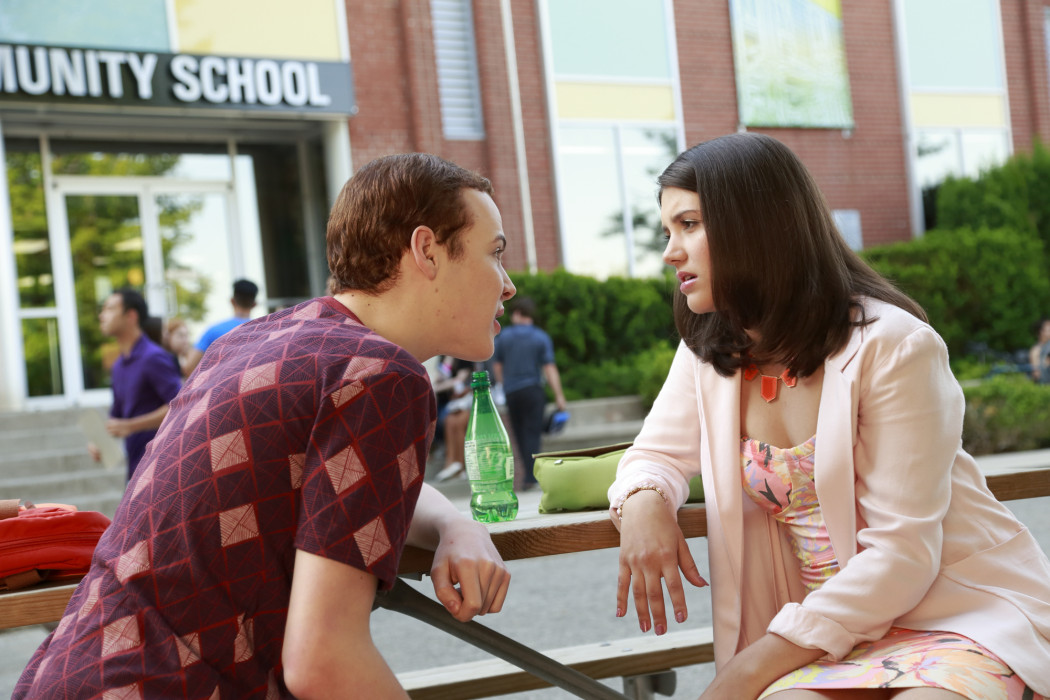 The show Degrassi has come a long way since The Kids of Degrassi Street in 1979. Since then, there has been Degrassi Junior High, Degrassi High, Degrassi: The Next Generation, Degrassi, and in the future on Netflix, Degrassi: New Class. Just as the show Degrassi has gone on quite the journey, so has the character Zoe Rivas played by nineteen-year-old Ana Golja. First appearing in season 13 as a former and troubled television star on the fictional show West Drive, Zoe attempted to run the halls of Degrassi from the minute she arrived. Of course, things didn’t exactly go as planned and for someone who was raised to be sneaky, fight for what she wants, and trust no one, Degrassi managed to flip her entire world upside down.

We got the chance to discuss the character Zoe with Ana Golja and what we can look forward to in the upcoming 14B arc, as well as get a little information about Degrassi: First Class, Ana’s music, and her movie Full Out.

Teenplicity: Do you have a dream storyline you would love for Zoe? (@sugarplum50005 on Twitter)
Ana Golja: I think my dream storyline for Zoe would be for her to develop some sort of mental illness. Mental illness is something we haven’t tackled on the show in a while and I think Zoe would be the perfect outlet. Mental illness affects so many people and I don’t think the public knows enough about it. Would be nice to shine a light on that topic.

T: How will she work to rebuild and heal herself due to the pain she’s feeling from her assault? (frostedlilies on Tumblr)
AG: She’s going to take it one day at a time and work on being the best version of herself. Of course, the assault is at the root of all her problems this season, however, first, she needs to work on mending a few relationships.

T: Is Zoe leaning on anyone to help her? (frostedlilies on Tumblr)
AG: At this point, Zoe has kind of burnt most of her bridges. Tristan is her only support system right now…

T: The last time we saw Zoe, she was establishing a relationship (either platonic or romantic) with Zig, how does her guilt over what has happened with OomphChat and how she feels about herself affect her allowing to let people in?
AG: I think Zoe finally understands that what she did was VERY wrong and due to that realization, she doesn’t think she is worthy of anyone’s love or attention so she pushes them away…

T: What do you love about Zoe and what do you dislike about Zoe? (@degrassian_4eva on Twitter and rainbr0jesus on Tumblr)
AG: I love that Zoe is a very determined and independent young lady. When she sets her mind on something, she goes for it wholeheartedly and doesn’t rely on anyone to support her. That being said, that’s also what gets her in trouble sometimes. She often goes to the extreme in a negative way and when she needs help, she doesn’t lean on anyone — she remains tough on the exterior and deals with things on her own — [she] keeps it all bottled up.

T: Since you and Zoe are so different, is it challenging at all playing her?
AG: It’s definitely, a challenge, but that’s why I LOVE it. She is such a complex and unpredictable character which is what makes playing her so much fun. I feel that getting to play Zoe has greatly expanded my horizons as an actress and for that, I have to thank the writers. You can’t get any better if you stick to what you know and keep within your comfort zone, but the writing team is constantly throwing me curve balls– keeping me on my toes.

T: What is one Zoe line/scene that has been most difficult to say/act? (@driancafeels on Twitter)
AG: The most difficult scene for me to film was the dream sequence in “Believe,” where Zoe relives her assault in front of the press. Having to look right into the camera and be completely helpless and vulnerable made me incredibly uncomfortable. I had Craig(who played Luke Baker) by my side doing what was required of his character, as well as our cameraman straddled right on top of me(we were separated by towels of course)(poor guy was so uncomfortable having to do that– he apologized a thousand times, afterwards, but we did what we had to do to make the shot effective). but because of those circumstances, I really felt like I was truly in Zoe’s shoes. It was all real, raw emotion.

T: What was your favorite Zoe scene to film?

AG: One of my favourite scenes was the one on the back on the bus with Zig. You see Zoe at her lowest while Zig is doing the right thing, telling her that life is truly worth living and that people can move past hard times(which is a lot coming from him, given his past). It was a pivotal moment for both characters. 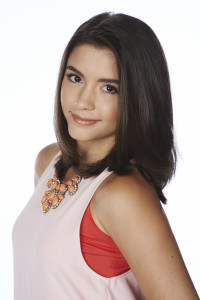 T: Do you have a favorite Degrassi character from the past and present?
AG: My answer to this question is constantly changing. I love so many of the characters because they are just so well rounded, and complex, but I think I’m going to say, Eli. He went on such a journey…so many highs and lows…and then to finally see him graduate high school and pursue what he loves was so amazing.

T: A few of the past Degrassi cast members reunited for something special for the fans, what was it like getting to hang out with them?
AG: It was so awesome to hang with them! We were comparing our experiences on set, all day long, haha! It was so fascinating to hear about how things were back when the new generation was just starting out. A few of us youngins also got some really solid advice which was sweet

T: What can we expect to see in the finished product?
AG: You’ll be seeing it pretty soon I think.

T: Do you have a favorite moment from that day(s)?
AG: I loved the entire day to be honest! There was just such a good vibe on set.

T: With Degrassi moving to Netflix, have you guys had any meetings as far as storylines or what’s to come with the new series?
AG: We have had a few readthrough’s and started filming actually! It’s going to be soooo great. I cannot wait for everyone to see it. It’s going back to the roots of Degrassi. A lot edgier.

T: In terms of music, who are your musical inspirations and what is your sound currently like?
AG: I have SO many musical inspirations!!! Amy Winehouse, Adele, and Christina Aguilera as well as the greats like Etta James, Dinah Washington. Ella Fitzgerald. However, I’d say my sound is most influenced by the first 3 artists, with a bit of a darker twist… 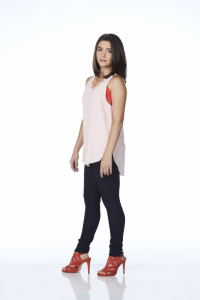 T: When do you hope to have your first single released? (@haleighbugxo and @degrassigomez on Twitter)
AG: I hope for my single to be released in the early new year!

T: How did Ariana Berlin inspire you? Were you familiar with her before working on Full Out?
AG: How did Ariana NOT inspire me??! The focus, determination, and heart that girl has is what attracted me to the project. For someone to go through what she did, defy ALL odds and pursue her dreams, is absolutely incredible. I was not familiar with her story beforehand but as soon as I read the script and did some research, I knew I had to be part of it.

T: Is there a talent you have that we don’t know about yet? (@degrassian_4eva and @bowqueenscriven on Twitter)
AG: All of my talents are pretty much out there I think… hahaha! However, I don’t think many people know that I also horseback ride. Big passion of mine.

T: Who are your top 5 girl crushes? (@bootyfuldinah and @ashgrace101 on Twitter)
AG: Angelina Jolie, Margot Robbie, Barbara Palvin, Candice Swanepoel, and Selena Gomez. I don’t understand how it is possible to be that beautiful…they can’t be human!

You can stay up to date on all things Degrassi by following their Twitter, Facebook, Tumblr, and Instagram accounts. Season 14B of Degrassi premieres tonight on Teennick and MTV with two new episodes at 8p central time with new episodes every weeknight for the next two weeks.

The young country singer explores the positive messages behind her latest singles.