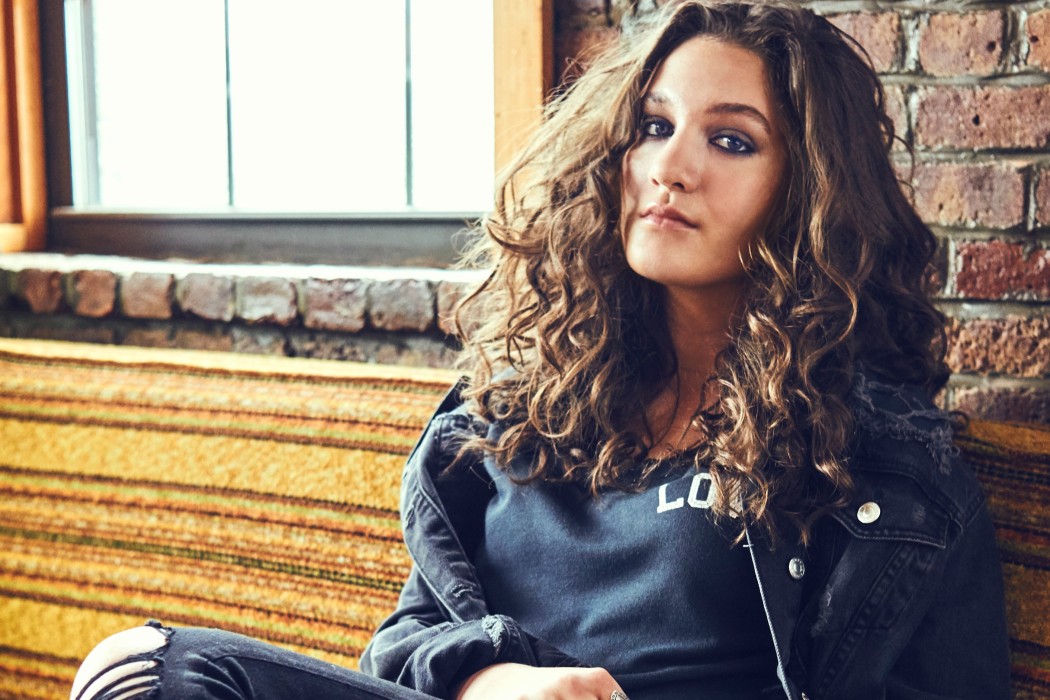 A Connecticut-native, Whitney Woerz found herself and her family up and moving to New York in order to dip her toes in musical waters. Now attending LaGuardia High School of the Performing Arts, aka the school FAME is based on, Whitney has found herself slowly receiving fame herself thanks to the messages in her music. Her messages of self-love and what it’s like to grapple living with depression or struggling to overcome inner demons come from a genuine heart and mind.

In terms of practicing self-love, Whitney looks towards reassurance.  “I tell myself that I’m a great person and that I have a great voice. Whenever I hear otherwise, I remind myself that I am better than those who say otherwise,” she says. 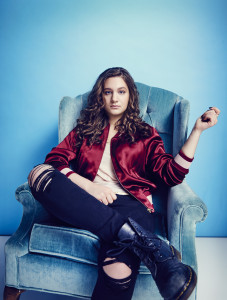 “Writing music is my outlet for stress or any problem that I’m having,” she says about how her music has helped her gain strength and overcome whatever she’s struggling with. “I sit down with my song notebook and put my thoughts into lyrics. This really helps me.”

Using her music as a way to journal her thoughts and put things into perspective, it explains why she’s so openly candid and willing to talk about topics that are slowly creeping their way into mainstream discussion. “Depression and mental illness is still a taboo subject in many ways. I always aim to be the one to start the conversation,” Whitney responds when asked about how she gets around the “taboo”-ness of bringing up mental health. “I find that if I’m totally open talking about it, others share and continue the conversation after that.”

Depression and mental illness is still a taboo subject in many ways. I always aim to be the one to start the conversation.

Whitney’s voice first came on people’s radars when she released her song “Ghost Story,” a song which she says has so far been the hardest and most emotional song for her to write because of the story behind it. “…It was for a friend who was contemplating suicide and I really, really wanted to help her and see her get help,” she explains. The song would find itself branching out from just helping her friend to helping others who heard it; along with the accompanying video which features other youth discussing their experiences with suicide and their mental health.

Releasing her first EP Behind the Smile in 2015, Whitney is now gearing up to release her upcoming EP Iridescent, “Both EPs have been written from personal experiences but are both very different. I was only 12/13 when I wrote the songs on Behind the Smile so what I was going through was different from the things I was going through while writing Iridescent at age 16.” Whitney assures that her songs on her new EP will expose listeners to a different sound from before, “Iridescent brings a more contemporary uptempo vibe to the table and I personally think it’s a big step up from my first EP. I can’t wait for people to hear.”

She teases one of her upcoming songs when asked about an autobiographical lyric. The line reads, “The sun woke up and I slept / My eyes opened and then it set.” “This has really described my life lately,” she says. “I’ve been traveling a lot and going to bed with the sunrise and then after those long days, sleeping in so late that I wake up with the sunset.”

We are pressured to fit this mold but in reality, everyone is beautiful in their own way. Personally, I’ve grown to love how I look because I stopped caring about how other people say me. I stopped trying to be someone I wasn’t. 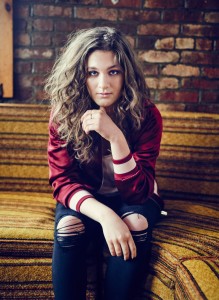 The first single from Iridescent has already been released. Titled, “Idea of Her,” the song discusses self-image, struggling with perfection, and being what you’re not. “The media sometimes makes you believe that you have to be perfect. We see girls that are extremely skinny, wear tons of makeup and seem to be this perfect package. It makes this fake “beauty” seem normal and anything outside of that has to be fixed until you achieve that image,” she begins when asked about how she comes to terms with her own self-image and how the media tries to define girlhood. “We are pressured to fit this mold but in reality, everyone is beautiful in their own way. Personally, I’ve grown to love how I look because I stopped caring about how other people saw me. I stopped trying to be someone I wasn’t.”

Breaking out and becoming who you are instead of who someone else wants you to be is also the theme of Whitney’s compelling music video. “I was given a bunch of different concepts, but this one stood out to me. My director Miles had a vision of two different Whitney’s: one trapped in a box symbolizing how one could feel trapped inside their own body, and the other is the ‘perfect’ Whitney who clearly doesn’t like acting perfectly.” The trapped Whitney paces back and forth in the box, forced to watch the ‘perfect’ Whitney from a tv screen until she’s had enough and breaks through.

Acting comes in handy all the time with my music. it helps so much during a performance when I have to be able to tell a story through my song. When interviewing, I feel confident talking to people due to my ability to improvise and talk to people professionally and while shooting music videos and playing characters, acting translates into them,” she says as we discuss how studying acting has helped her with her music. “My music translates into my acting sometimes because—in some things I do—pacing, timing, and rhythm play a part.”

I want people to hear my voice and think it sounds like Whitney Woerz. No one else.

When it comes to making her art, Whitney seems to have it planned it out. From her goals to her messages to her intent. “Every time a worthy experience happens to me, I always write about it, so I’m excited for new experiences that can become new songs,” she adds that not only does she hope to continue writing songs that break the stigma regarding mental health, she’s also been meaning to write songs about things such as the view outside her window in Manhattan. 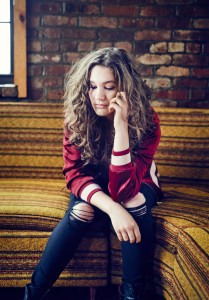 “I grew up doing musical theatre and after my first show in elementary school, I knew I wanted to perform for life,” Whitney discusses her musical environment growing up. Falling in love with musical theatre helped her realize her love for music, but it wasn’t directly, “This didn’t lead to my career as a pop artist, but it carried me until I was 9 when I wrote my first song and then to 12 when I professionally got into it.” However, Whitney notes that her sound is yet to be set in stone, “But honestly, I’m still figuring out what music I want to create. My songs keep developing as I keep writing which to me is an exciting thing.”

Closing out the interview, I asked Whitney what she wants her voice to say when it comes to speaking for her generation. For her, it’s not necessarily about speaking for a mass of people as much as it is about her speaking from herself and hoping it reaches other people in an honest way, “I want people to hear my voice and think it sounds like Whitney Woerz. No one else. When in production on the vocal side, my producer always says ‘we want to have the needle drop on any part of any of your songs and for someone to listen and know it’s you just based on listening to the vocals for a few seconds.’ So, I want my voice to say me.”

Whitney’s Mini-Playlist for Readers [you can listen here]: