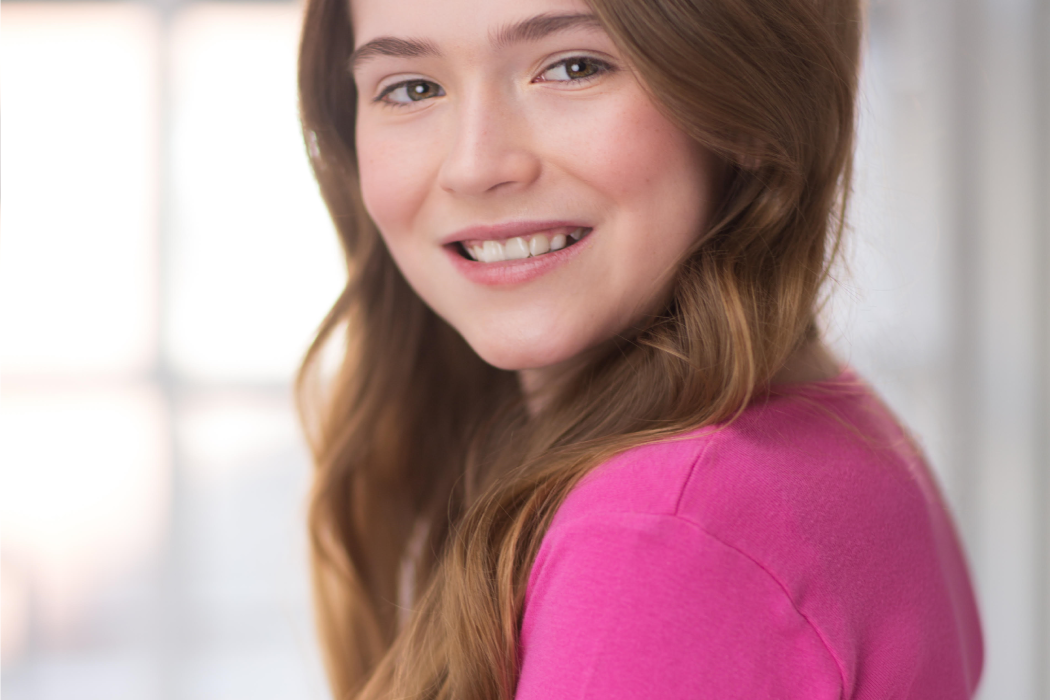 With the summer season right around the corner, that means the huge increase in family vacations. For the fictional family in the TBS sitcom The Detour, that means one of the most… interesting trips anyone will ever see. Think of all the Griswold family vacations combined, and on steroids.

“She would rather hang out at the mall than curl up with a good book,” she says of Delilah. Smart like her character and admittedly a bit more sarcastic at times, Ashley enjoys the crazy shenanigans Delilah and Jared [Liam Carroll] find themselves in, though she’d never do them herself.

“One of my favorite situations was when Delilah held up a sign that said, ‘Help! We’ve been kidnapped!’ and two truckers thought it was true!” Ashley says. “When Jason tried to defend himself and his family, one of the truckers splashed him with urine! His reaction was hilarious!”

Ashley cites that this is one of her favorite parts of the show as the love and support between the fictional family has grown and created a family amongst the cast.

“One of my favorite parts of filming The Detour was watching the cast bond as a family,” she remembers. “Liam and I really developed a brother/sister relationship and Natalie and Jason have been great at being our parents.” It makes sense, she says, as they were together almost every day for nine weeks!

Before the show had its official premiere back in April, TBS already renewed it for its second season. Not only was this a joy to the cast but also a big relief to the fans of the show as they didn’t have to worry over the ‘Great Cancellation Purge’ that seemed to occur at multiple broadcast networks.

Ashley recalls her reaction as a mixture of emotions. “My reaction was something like I wanted to laugh, cry and scream all at the same time! Since that was impossible, I did one right after the other.”

Although the crazy incidents the family gets into is one of the most beloved aspects of the show with both cast and crew, Ashley would like to see the family in a different light in the second season. “I would love to see more of how they are as a family in their home life,” she says. “I think that would be cool.”

At the time of the interview, season two had yet to start filming and Ashley was excited to get back to set to learn more about the family. “I’m as anxious as everyone to find out!”

For the meantime, Ashley will be able to enjoy her much calmer family vacations.

“I think Nate and Robin on The Detour let their kids get away with A LOT more than my mom and dad would for me and my sisters!” she exclaims when asked to compare her real family vacations to the fictional one in her TBS show. “Our vacations are a lot calmer and way less crazy than the Parker family.”

That means she never tried to pull the ‘Help! We’re kidnapped!’ sign stunt that her character did. She says there was never any trouble on her family road trip. “Just too much singing!” Ashley dishes. “While we were driving, we decided to listen to the soundtrack from the musical ‘Cats’ – we were obsessed with it for months!”

Prior to joining The Detour, Ashley’s resume credits included Fair Game with Naomi Watts and Sean Penn, We Need to Talk About Kevin with Tilda Swinton, John C. Reilly, and Ezra Miller, and also the television series Louie.

“I have learned a lot from the actors that I’ve worked with,” she says of her long list of costars. “Never give up, and it’s important to support each other so everyone can be the best they can be,” is what Ashley cites as what she has learned so far. However, the best advice she’s been given comes from her mother.

“My mom has given me a lot of advice. I think the most important piece of advice she gave me is, ‘If you don’t get the job, it wasn’t meant for you, and it was good practice! Every audition you learn a little something new!’”

As her list of accomplishments continues to grow, so does her fan base to which she says the biggest of thanks to them. “I appreciate all the support they have for me and my career, they are the best!” Ashley comments on her supporters. To them directly, she says, “You are all awesome!”

For those eager to see Ashley in more after The Detour’s season finale next Monday, the twelve-year-old has a major project that’s still to be released this year.

Ashley stars in the independent film A Different Sun, based on an award-winning short story. “It’s about a Chinese family that moves to Germany. They have trouble fitting in until their daughter makes friends with a German girl named Nina, who I play. They become best friends,” she says of the film. “I performed the whole movie with a German accent!”

After the premiere of A Different Sun, Ashley will be looking towards the future of her career.

She begins, “First off, I hope to be filming many more seasons of The Detour! Also, I would love to do an animated feature film. I think it would be cool to have some cartoon character with my voice! Also, I look forward to more movie roles coming my way.”

Until then, fans can enjoy the two episode season finale of The Detour on TBS on Monday, May 30th at 9/8c.

Above photo credit to Emily Soto.

Check out what Ashley’s costar Liam Carroll had to say about The Detour!

On K.C. Undercover, Veronica Dunne plays Marisa, K.C’s fun-loving fashionista of a best friend. Always there to lend a hand, or at least try…