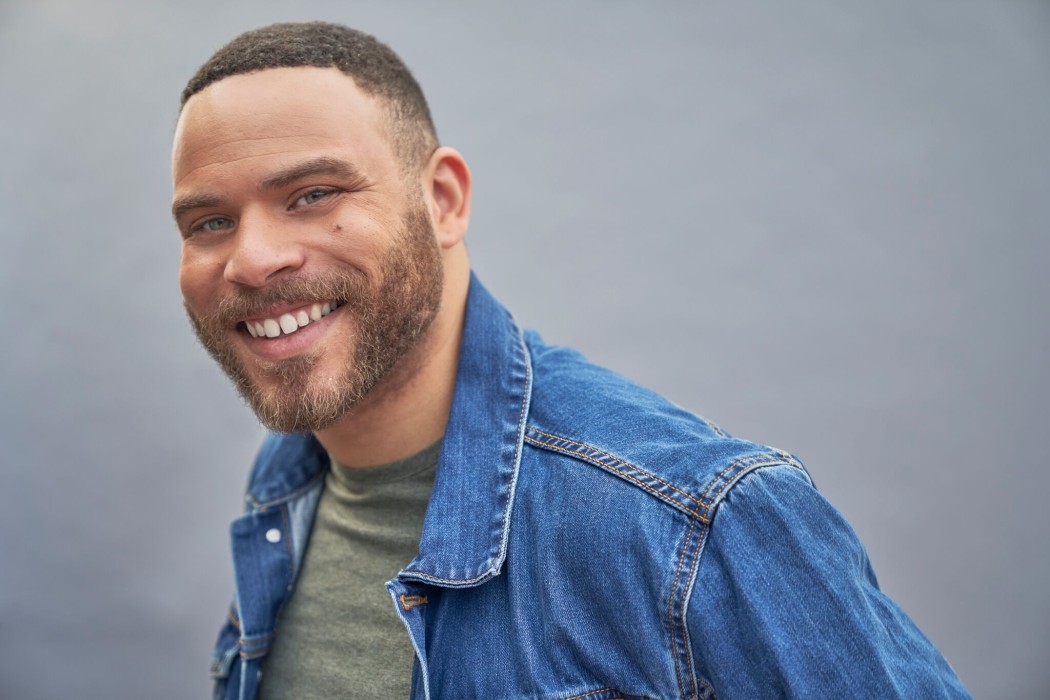 Star of “Siren”, Ian Verdun takes viewers through what they can expect of the new show and what it took getting into character.

When Freeform’s new series “Siren” premieres next week, viewers will get the unique pleasure of seeing Ian Verdun take the wheel in a lead role for the first time.

Following a community that finds itself suddenly faced with the tales which engulfed their past, the actor portrays fisherman Xander, a role he’s never done before, in more ways than one.

During his first time in the spotlight as a main character, Ian admits that he learned a lot. Prior to the series, he says he only had a handful of guest roles in the years since college. He says that although this is something he has worked towards for a long time, he was still a little intimidated. However, that didn’t last. “Once I got on set, I really just threw myself into the moment and all those nerves fell away,” says the actor. “I would finish a scene and think, ‘Wow, I guess all that training and time really did count for something.’”

One thing Ian has gained from the work he’s engaged in his time on the show is a sense of self-discovery, in addition to the realization that he is, indeed, a professional. “I’ve been wanting to act for a long time,” he begins. “I mean, I’ve been doing it since my first school musical when I was 13. But it’s one thing, building a hypothetical scenario in your mind, and another thing entirely when you’re actually there on set and the director calls action.”

Confidence continued to build within Ian as he spent more time on set. “It was nice knowing that I could trust my instincts,” he says, “my craft, and the other artists around me. I couldn’t have asked for a better learning experience, and I’m excited to see how I can push myself further as a professional as the show and my career moves forward.”

The show has been creating a buzz since its New York Comic Con appearance in October 2017. There, the series had a tank where a siren swam and scared visitors. Between that and the promos for the show, it’s easy to conclude that sirens are going to scare more than just local townsfolk on the series.

“Siren” takes place in the small coastal town of Bristol Cove, according to Ian. “It has this local legend of once being the home to mermaids,” he reveals. “The town gets rocked by the arrival of a young woman who seems to prove the town folklore all too true, and reveals that the truth of these creatures is way more dangerous than anyone could’ve expected.”

Describing his character to be a ‘salt of the earth’, blue collar fisherman, Ian says that Xander grew up in Bristol Cove and now works on his father’s trawler – a type of fishing boat – named ‘The North Star’.

“I love Xander because he’s such a three dimensional character,” Ian gushes. “He’s refreshingly nuanced; fiercely loyal but terribly flawed. He starts off the season kind of stuck in a rut and the arrival of these creatures kind of start to jolt him into action.” He goes on to say that their sudden appearance leaves a lot at stake for him, on multiple levels. “I think that applies to all of the characters, actually.” However, their stakes are in different places.

The others who are interested in this mysterious girl who came to town are Ben (Alex Roe, The Fifth Wave) and Maddie (Fola Evans-Akingbola, “Game of Thrones”), marine biologists with the local research center. “Xander has a completely different perspective than Ben and Maddie,” Ian says. “Those two have this luxury of being altruistic about what’s going on, they’re both scientists. Xander is just a regular guy, getting on the boat every morning, working with his hands, living paycheck to paycheck.” The actor explains that his character’s concerns will be different as his priorities regarding the creature are held in a different place than Ben and Maddie. “[His priorities] preclude him from looking at everything through this lens of scientific curiosity.”

There is also the fact of Xander’s first interaction with this creature is most likely going to be vastly different from everyone else.

While he couldn’t give much away, Ian teases, “Let’s just say that he catches more than he bargained for, only to have it taken over by forces out of his control. If I say anything else, I’d be spoiling it for everyone.”

Given that his character is a fisherman, Ian spent quite a bit of time working on a boat, which he recalls to be some of his favorite things to do. “It was hard work, some long nights, and I’d never really been at the center of such a big production like that before.” Ian describes the drones, weather machines, and people dropping from the sky during filming. “Every day was like going on this grand adventure,” he says.

He prepared for stepping into Xander’s shoes by watching hours and hours of “Deadliest Catch”. He says, “Luckily, Xander spends most of his time on his boat as opposed to the ocean, so I didn’t do any of the tank work some of the others did.” He says Alex, Fola, Eline Powell (‘Ryn’, “Game of Thrones”), and Sibongile Mlambo (‘Donna’, “Teen Wolf”, “Black Sails”) all had to do scuba training. “They really went the whole nine yards,” he says of his cast members. “I guess I dodged the proverbial bullet.” If there is a season two, Ian doesn’t feel like he’d be as lucky.

The talented actor continues to praise the cast and crew for the environment around them causing the actors to really submerge themselves in the scenes. “Every set was just so good, so immersive, plus the cast is just so damn good. It made every moment so real.”

He may say his favorite aspect of filming but don’t ask him to declare his favorite episode. “I really think there’s something special in every episode; I mean, the story really moves. It’s hard to narrow down a favorite moment when there’s so many!”

The favorite moments may also have to be because of the bonding behind the scenes. Calling it lucky, Ian says that everyone in the cast got along so well.

“There wasn’t even a hint of pretense or arrogance with anyone in the cast. Not only was everyone talented, but the whole cast, from regulars to the guest stars and extras, everyone was a joy to be around,” Ian happily recalls. “We’d be laughing hysterically one moment, and doing some heavy scene five seconds later, it all just felt so natural – like we’d been working together for years already.” The relationships between the cast members continued to grow off set too, as they spent plenty of time together. “We all went kayaking off the coast of Bowen Island in Vancouver for my birthday, which was absolutely magical and we’re all pretty competitive. We kind of unofficially raced the entire time… I lost… there and back.” With a good-natured laugh, Ian declares, “I’ll get them next time, I’ve been practicing.”

Until that next unofficial competition happens, there is no doubt that viewers will get immediately hooked to “Siren” and start calling for a second season. If granted that sophomore adventure, Ian would want to see where his character goes as the story picks up again.

“The first season is such a whirlwind for everyone, I mean the very concept of what’s real and what’s not is challenged by the discovery of these mermaids,” explains Ian. “We all discover just how much we don’t know about our own world, that’s pretty seismic no matter who you are.” The idea, in addition to what happens in season one, has Ian buzzing with anticipation. “I’m really excited to see how we deal with all that as we go on.”

While his character endures a life changing journey on screen, Ian’s growth in his own life, from when he first started acting to now, is noticeable as well.

He calls his growth to be immense, especially in terms of his humility. “I was a lot more arrogant in college. I had this fantasy that I would be the exception to the struggling actor trope. I honestly thought my talent would inoculate me from the obstacles inherent in pursuing an acting career,” admits the star. He had to accept it wouldn’t come easily or quickly, according to Ian. “Over the course of a decade, that can be incredibly humbling. Once I started working harder and started creating my own projects, determined not to wait anymore, that’s when ‘Siren’ happened.” He says he always believed himself to be a talented person, but that he needed to grow up in many ways. “Looking back, I’m glad all of this is happening now. I feel much more prepared for it.”

A writer and producer when he’s not in front of the camera, Ian reveals that he has a few projects in “various stages of development” at the moment.

“I’ve been working for this moment my whole life and I’ve got a few tricks up my sleeves; I didn’t spend all that time just twiddling my thumbs,” says the actor. “I’m looking forward to finally having the chance to share some of the stuff that, until now, has just been in my head or locked away in a thumb drive somewhere.”

Ian emphasizes, “I have every intention of making a big splash this year and beyond, way beyond. (Pun absolutely intended.)”

Paxton Booth on ‘Coop & Cami’ and the World