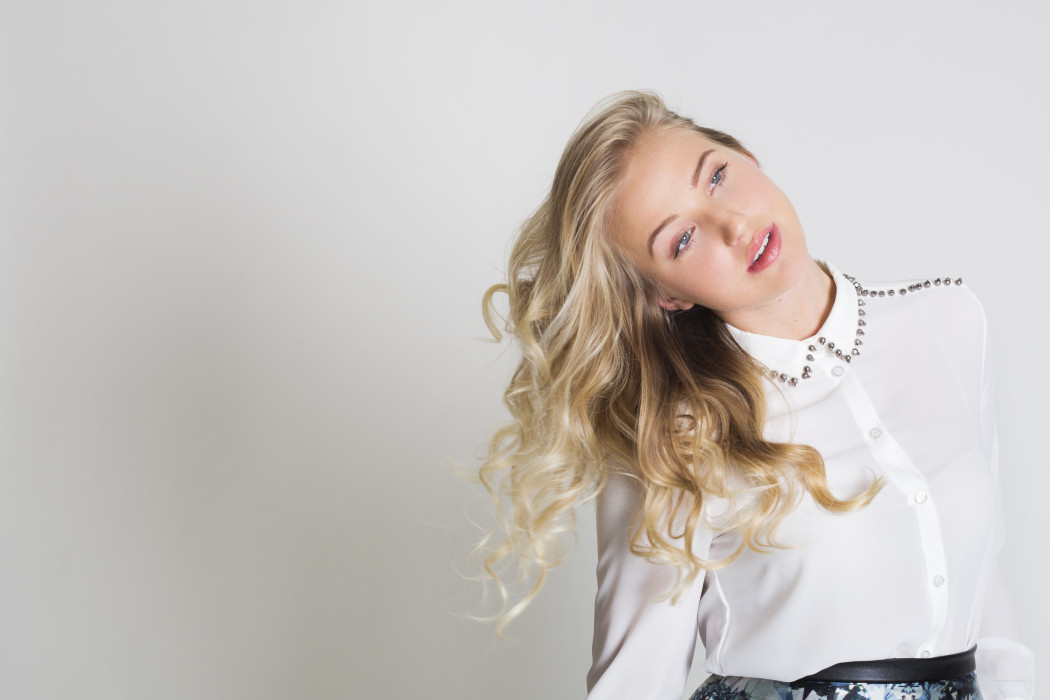 On K.C. Undercover, Veronica Dunne plays Marisa, K.C’s fun-loving fashionista of a best friend. Always there to lend a hand, or at least try to, on K.C’s spy missions and everyday life dilemmas. In real life, Veronica and Marisa could be considered two peas in a pod. In fact, when auditioning for the role of Marisa originally, Veronica found herself improving and adding her own flair and personality to the character which helped result in the current Marisa we see onscreen now. 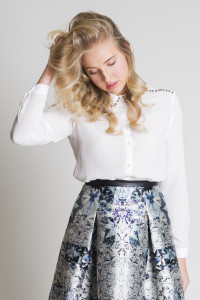 While the role of Marisa is her first lead on a TV show, the 20-year-old actress has appeared on shows such as Austin and Ally, Kickin’ It, The Suite Life on Deck, According to Jim, and two short films. However, she got her professional start as the role of Cinderella in the Lythgoe Family Production of Cinderella. “My Dad is an actor so I think it was definitely in my blood,” Veronica mentioned crediting her dad, Murphy Dunne of The Blues Brothers, for why she wanted to pursue a career in acting. “When I was 5 I did my first play, from that moment on I knew that this is what I wanted to do. The feeling I get from performing is truly indescribable. There is nothing else like it.”

Aside from Cinderella, she’s also starred in the musical productions of  Chicago, Cabaret, The Black Suits, and Into The Woods, including performing “Moments in the Woods” at the 2013 Spotlight Awards Gala. During the time she was simply considering the role of Marisa, she also found herself considering the lead role of Sophie in the musical Mamma Mia. “Musical theater will always be my first love, but the opportunity to star on a Disney show has also been a dream of mine forever,” Veronica stated on her decision to ultimately choose Marisa over Sophie, “it was a hard decision, but I figured I could always go back to New York City in the future!”

Besides musical theater, she also grew up an I Love Lucy fan, sometimes even staying home from school in order to watch the classic sitcom,Veronica gives credit to both Lucy and K.C. for helping her improve. “This experience has taught me a lot about multi-camera comedy and everything that goes into making a show like this,” she mentioned about how working on K.C. Undercover strengthened her ability to act. And as far as watching Lucille Ball and studying her technique? “It [Lucille’s comedic ability] has completely affected my style of comedy, especially her mugging and physical humor.” 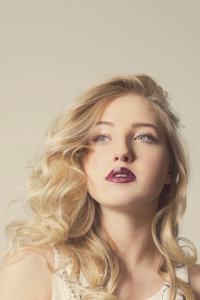 When it came to deciding which I Love Lucy episode that she’d love for K.C. Undercover to pay homage to, Veronica admitted she’d love to see K.C. and Marisa get messy reenacting the #2 most memorable moment in TV history according to TV Guide; the famous chocolate scene from the season 2 episode “Job Switching.” “Maybe when Lucy and Ethel work at the chocolate factory and try to work the conveyor belt, but it just ends up going too fast and they start eating all of the chocolates. I feel like it would be hilarious to watch K.C. and Marisa do that,” while it would undoubtedly be hilarious, Veronica joked that her main reason would probably be getting the chance to eat a bunch of chocolate during the filming of the scene.

Somewhat like a modern-day Lucy and Ethel, Veronica finds that maybe the reason K.C. and Marisa work so well is because opposites really do attract when it comes to friendship, “…although they are opposites in many ways they bring out the best in each other, my favorite thing is how much they truly care about one another.”

“I think it [the representation of K.C. and Marisa] is great inspiration for girls because they are so different, so every girl will have something to relate to in each of them. They are also great friends to each other and they have problems, but always work it out.” Which is where some credit should be given to 18-year-old Zendaya who not only wears the main character hat, but also a producer hat helping to add a sense of realism and relatability to the final product. “Zendaya really gives a voice to this generation, and to the actors on set,” Veronica noted on how Zendaya’s job as a producer gave the show a feeling of uniqueness. 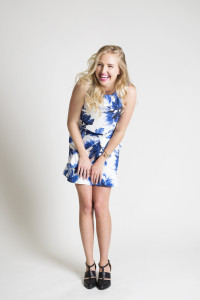 On the show, K.C. finds her biggest issue in attempting to live a normal life while also following her responsibilities as a spy, which led to Veronica and I closing out the interview discussing the idea that one of the themes was trying to find a balance in your expectations while figuring out who you are. As an advocate for acceptance and self-love, Veronica gave advice for the youth that aren’t sure of who they are yet or where they want to go, “[that] it’s ok not to know yet, that’s what growing up is all about. Allow yourself time to figure out who you are and what you want to do, life is all about growing and becoming the best YOU that you can be. Be patient with yourself.”

Teenplicity: Since you’ve also performed as Cinderella in theater, what’s your favorite thing about Cinderella as a character?
Veronica Dunne: Her optimism and positive outlook on life.

Teenplicity: What do you hope to see from future Disney princesses?
Veronica Dunne: I love what Disney is doing with their princesses now, I think it’s amazing that they are making them smart, strong and able to take on anything. They don’t rely on anyone to save them they can save themselves. I especially see these qualities in the characters in Frozen and Brave.

Music and I Didn’t Do It With Austin North

When it comes to life, 19-year-old Austin North allows himself to explore his different passions and take on each day one interest at a…