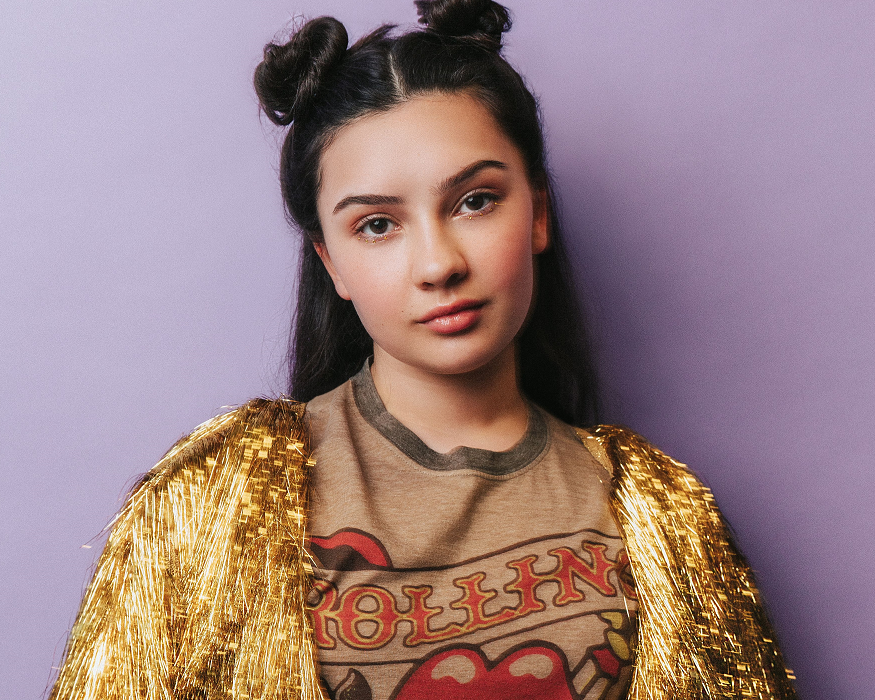 For some performers, being on stage is as natural as breathing. It rings especially true in the case of rising star Gabriella Uhl. In addition to her parents’ musical abilities – her dad plays trumpet in Broadway pits, her mother a professional clarinetist – Gabriella began training in classical ballet at the age of three.

Modern dance, tap, and jazz joined her repertoire soon after, with Gabriella honing her skills as a triple-threat: dancer, singer, and actor. Before landing the role of Patrice in 13: The Musical, Netflix’s adaptation of the Broadway musical 13, her credits included originating the role of Sophie for the Broadway National Tour for the musical, School of Rock.

All of her hard work led her to 13: The Musical, a film she’s incredibly proud to be a part of.

For those that have yet to see the new Netflix musical adaptation, Gabriella says, “13: The Musical is a feel-good, relatable movie that the whole family can enjoy. I really love how everyone who watches the film will be able to see themselves in someone in the cast.” She praises, “Casting is diverse and inclusive.”

In the movie musical, the young star plays Patrice, Ruth’s next-door neighbor and one of Evan’s new friends. “I like to think of Patrice as a big city girl stuck in a small town,” Gabriella says. “She’s misunderstood because she values different things than most people in her town.”

She adds that like her character, she hails from a small town but prefers big cities. “Unlike Patrice, I’ve been away from home a lot – I got to experience 63 cities in North America when I toured with the 1st National Tour of the musical School of Rock.”

Of her character’s different interests, most notably is her passion as an environmental activist. This side of her character was something that Gabriella really understood. 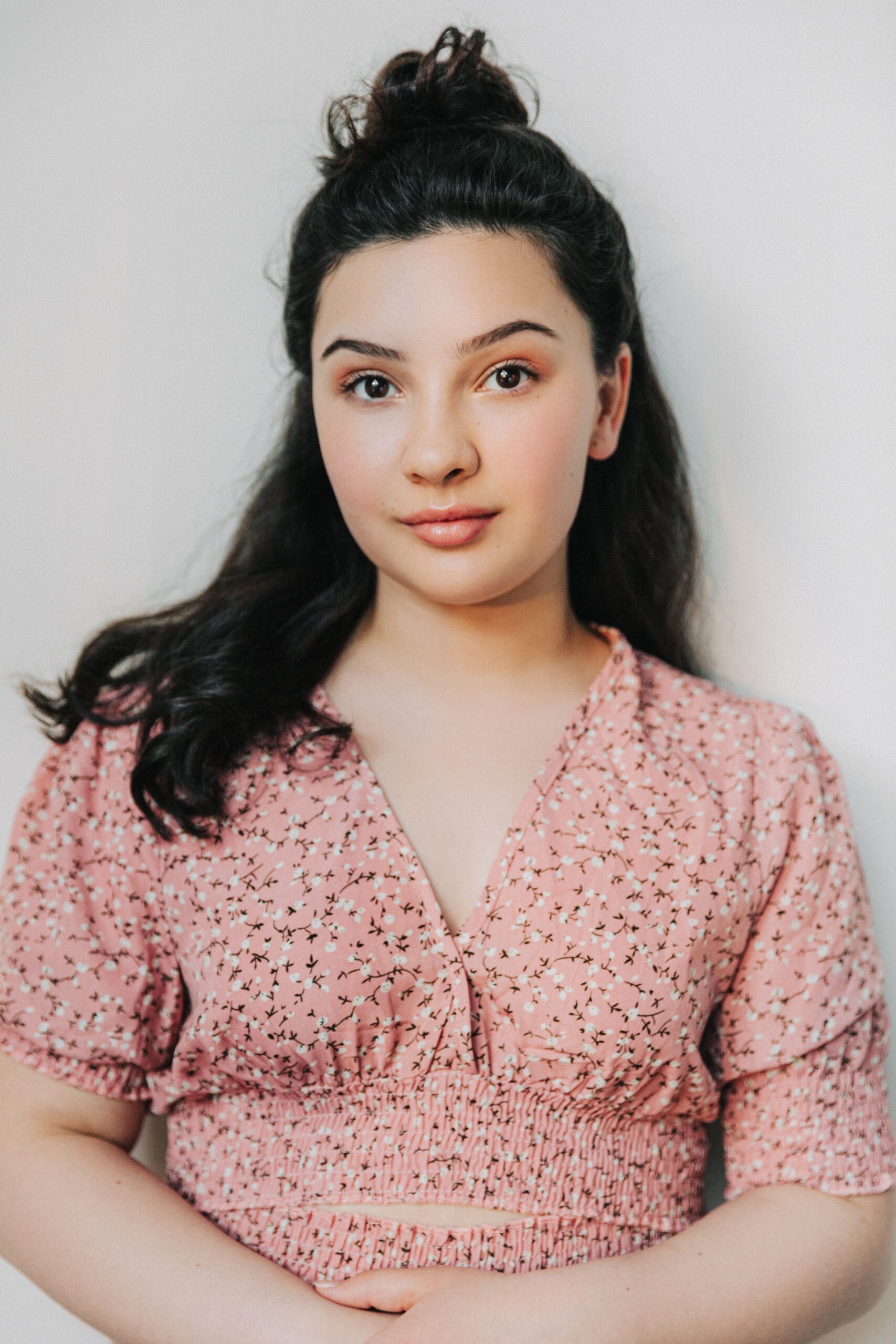 “I was already quite environmentally conscious before I played Patrice, so I really loved her enthusiasm for recycling, reducing the use of single-use plastics, and protecting the wildlife around her,” she says.

Patrice’s passionate work also lays the foundation for a great example that others who may be struggling to fit in can learn from. “I really admire that she never compromised her values, like loyalty and activism, just to fit in with the popular kids. She stayed true to herself.”

It’s also something that Patrice also must contend with as her friendship with Evan evolves over the course of the film.

“When Evan first arrives, Patrice feels like he might be her ticket out of that small town because he seems to appreciate her interests and accepts her. As the movie goes on, Patrice grows more understanding of Evan’s desire to fit in and make new friends.”

Considering the film’s Broadway roots and Gabriella’s passion for theater, it’s no surprise that the musical aspects of the film are what she gets most excited for audiences to see.

“The dance numbers are really incredible and the best part of the movie. My favorites are ‘Bad Bad News’ and ‘I’ve Been Waiting’.”

Off-screen, her favorite memory from filming 13: The Musical isn’t from the actual movie set. While there’s no doubt that she enjoyed her time in front of the camera, she fondly recalls her time in Canada and what she was able to do outside of filming.

I am definitely basking in the joy of the moment. Everyone’s career trajectory is different and honestly, I just love the work so much.

“We spent five months in Toronto, which is a city that I really love, so that in itself was so great, even during the pandemic.” Gabriella adds, “My favorite experience was recording the soundtrack. I had so much respect and awe for Jason Robert Brown, Georgia Stitt, and the whole musical team, and it was just incredible to be in the studio with all of them. I learned so much during every minute I spent with them.”

The actor even learned from the sidelines as well. Despite her initial disappointment that she wasn’t able to put her years of dance to use as Patrice in the film, she shares that watching everyone rehearse and film the dance numbers was a highlight of her time on set. “I was so inspired by Jamal Sims and Nicky Andersen, the choreographer and his assistant, and they made me eager to get back home to my dance studio to keep working on my technique and styles.”

She even adds with a hopeful lift, “Maybe I’ll get to dance in my next movie?”

There’s a sense of determination to Gabriella’s answers like she is ready to rise to the challenge of whatever may come in her path next. A path, undoubtedly, that she will forge of her creation.

It’s easy to try to compare what her career might look like when stacked alongside the likes of Ariana Grande and Elizabeth Giles, superstars who originated roles in the original Broadway run of 13. Gabriella, however, takes it in stride and doesn’t let herself be swept away by any possible comparisons.

“I am definitely basking in the joy of the moment,” she says. “Everyone’s career trajectory is different and honestly, I just love the work so much. It’s always great to book a job, but I also completely enjoy my voice lessons, dance classes, and every audition I prepare. I hope to keep working, but I also realize that being a young person with the experiences I’ve had is very unique. I’m thankful for what I’ve had the opportunity to do so far.”

As she gained knowledge in the music studio and watched dance rehearsals on the set of 13: The Musical, being able to compare filming 13: The Musical and her time performing in the National Tour for School of Rock proved to be a great learning experience for Gabriella. “In live theater, we have to do our work on a big canvas – everything I communicate to the audience has to be big enough to reach every person in the whole theater. It’s the opposite for film. The camera is up so close to my face and can pick up the most subtle expressions.”

She adds, “The other big difference is in the kind of endurance I need as a performer. In live theater, I have to be able to do the same show exactly right, eight times a week. It’s physically and mentally strenuous. In film, I have to have the focus to sometimes do one scene, over and over, all day until the director is satisfied with it.” 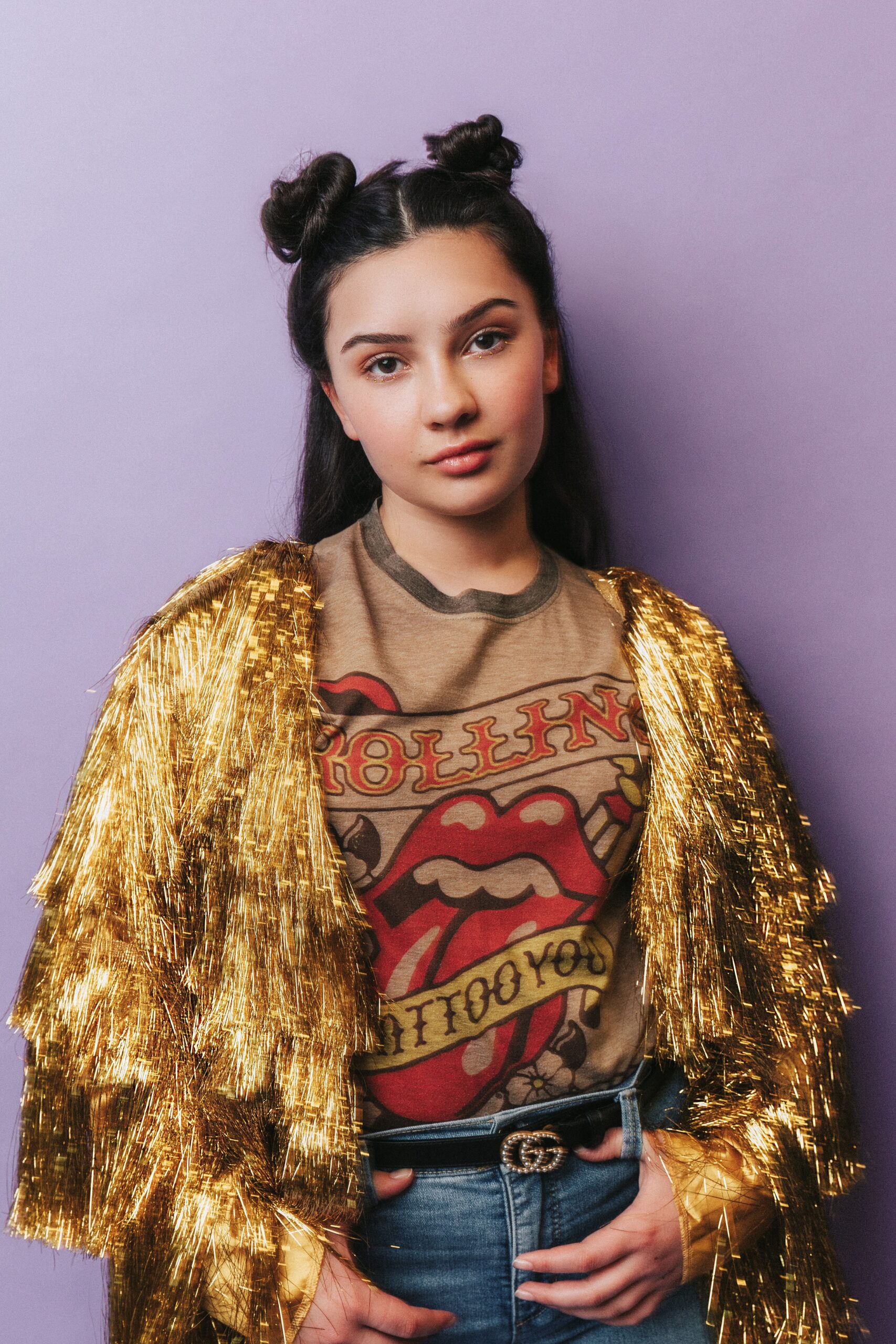 Having dipped her toe in both mediums, Gabriella still casts theater as her first love. “I would love to be cast in a Broadway show.” If Singin’ in the Rain ever makes its way back to a Broadway stage, one can be sure to sign her up for it. “I obviously never got to see this one on Broadway, but through the magic of the movie musical, I began watching Singin’ in the Rain at a very young age. The songs and dancing tell the story so well and are really iconic. I’d love to play Kathy Selden someday.”

However, the young star doesn’t have a specific dream role in mind when asked about it. “Patrice was my dream role for so long, I haven’t really had time yet to settle on a new one!” she exclaims. “Whether for theater, film, or TV, my favorite roles are the ones where I get to sing.”

With her musical parents in mind, TEENPLICITY can’t help but ask what Broadway musical she’d like to star in with her father playing trumpet in the pit.

“Oh!” she exclaims. “Well, that’s a little bit different from what my answer would be if it was just about me – but since I’m picking a great book for my dad to play in the pit? I’d have to say I’d want to be Katherine in Newsies. That’s a terrific role I’d love to play, and my dad plays the heck out of that lead trumpet book!”

Even when Gabriella is not performing or preparing for her next audition, her head and heart are still set on theater. Most notably it is set on an endeavor she supports wholeheartedly: Maestra.

“Maestra was founded to support and amplify the presence of women and female-identifying or non-binary people in the Broadway music workforce,” Gabriella shares of the organization. “Maestra provides a strong network, learning opportunities, and a voice for its members in an industry that remains dominated by men.”

The many wonderful women in Gabriella’s life serve as inspiration behind her support for the organization.

“Maestra was founded by a woman I admire so much – Georgia Stitt. She was the music director on 13: The Musical. My voice teacher, Ilene Reid, is also a composer and she’s an active member of Maestra. I know any organization with the two of them in it is worth supporting,” she says. On another, more personal level, she shares, “My mom was a professional musician before I was born and when I was very young, but she left that career because it was difficult for her to find support while she was parenting me and my siblings. She might have found a way to keep doing what she loved if she had the support of an organization like Maestra.”

13: The Musical is streaming on Netflix now!