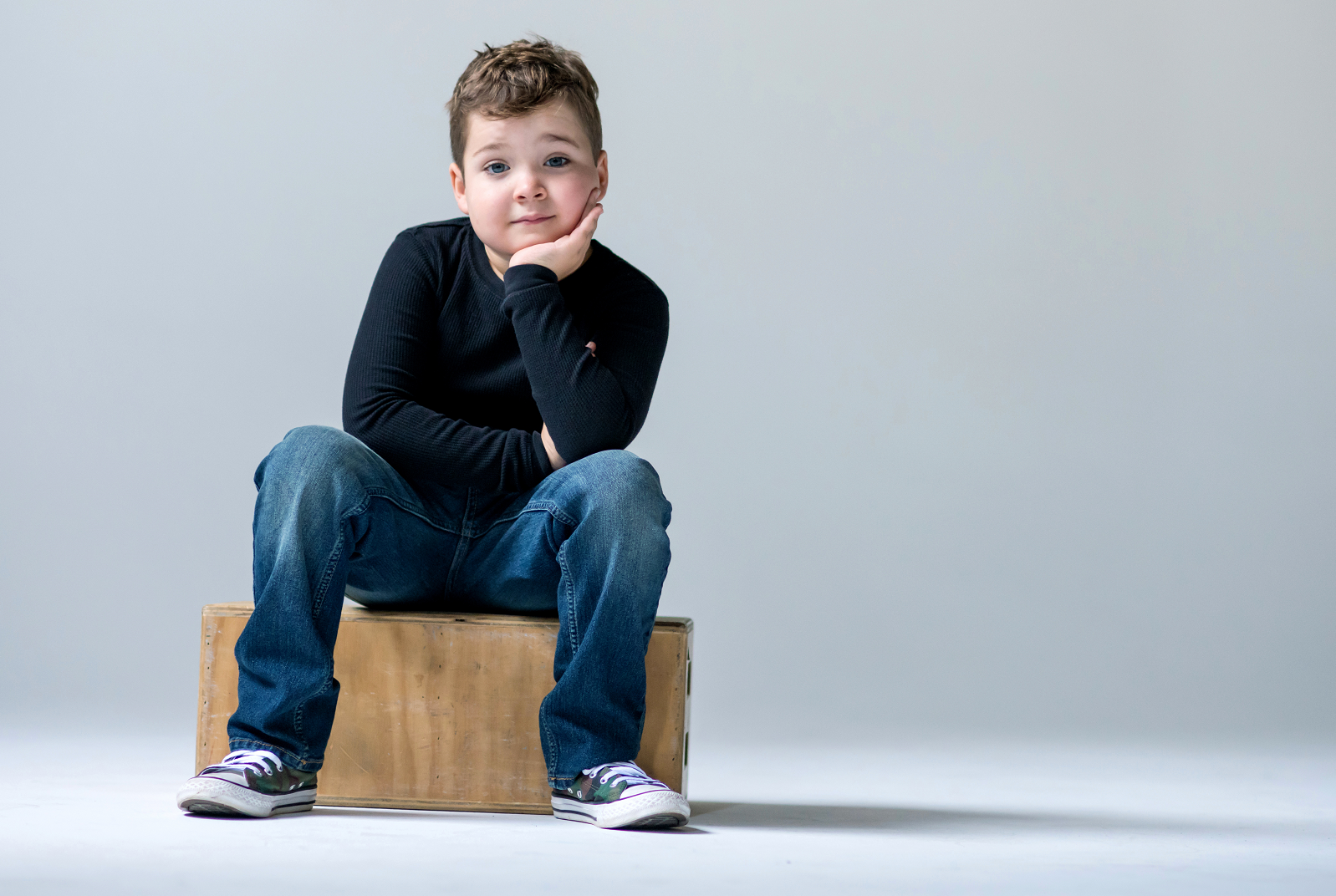 In a television show that casts Eliza Coupe, Ginnifer Goodwin, and Maggie Q as its leads, it is hard to imagine anyone being able to steal the spotlight from the three entertainment heavyweights. However, that is exactly what Marcello Reyes manages to do in FOX’s Pivoting.

It is not all too surprising, given his incredible charisma at such a young age. When his mom’s cousin, a talent manager, asked if Marcello was interested in becoming an actor, the young star shares, “I went back and forth, ‘Yes. No. Yes. No. Yes. No…” This went on for a very long time until I finally settled on yes.”

Watching Pivoting, it is hard to imagine the show without his cheerful and lovable demeanor.

Premiering earlier this year on FOX to immense critical acclaim, Pivoting follows three women who reevaluate their lives after losing one of their best friends. Marcello plays Coupe’s son Luke in the series.

“Working on the set of Pivoting was the best time ever! I made a lot of friends,” the actor recalls. “The cast was like family to me. We all laughed and played a lot.”

The strong connection between the cast is especially felt when it comes to his on-screen parents, Coupe and Tommy Dewey. He says of working with the duo that it felt “the same as when I am at my own house even though they obviously aren’t my real parents.”

“It felt like a very close family on set and a close cast family. They were always making me laugh and cracking jokes.” Marcello shares, “One time, I got to ad-lib while singing with Tommy Dewey while he was playing guitar, and the production team used that take for the show.” 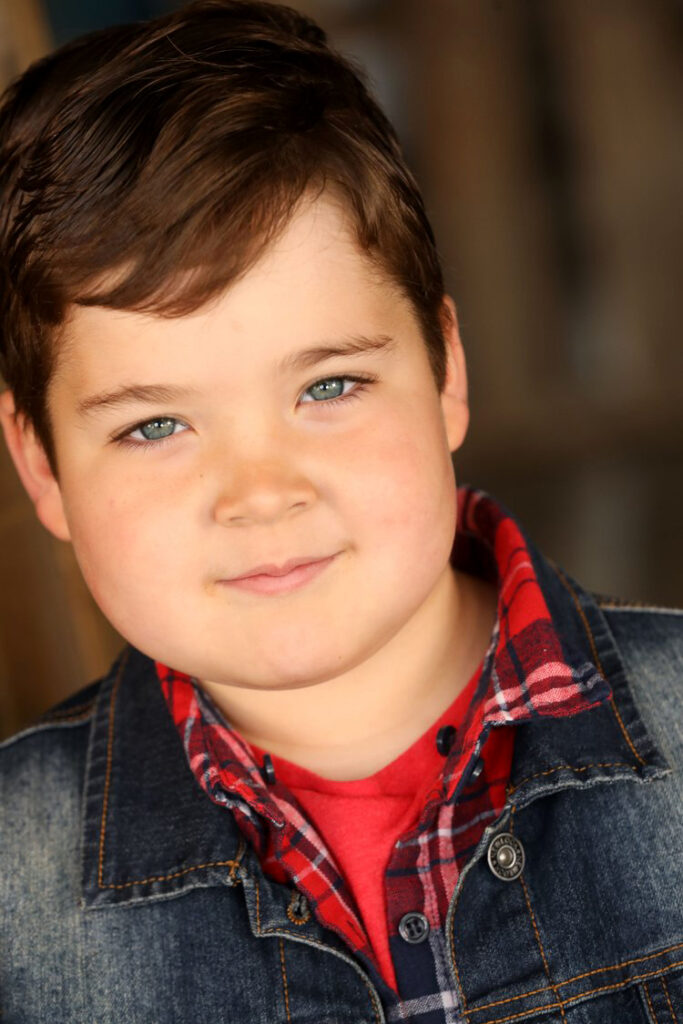 The young star’s screen time includes more than just working alongside his on-screen family. One episode in particular showcases how Goodwin’s character Jodie was perceived in a similar way to Luke when she was his age, struggling to find friends and fit in.

It was filming this episode that sticks out most to Marcello. Revolving around Luke’s troubles fitting in, Coupe’s character is determined to find ‘cooler’ interests for him outside of his adoration of odd animal facts. This leads the characters to a roller-skating rink.

“It was my first-time roller skating, and I had to learn how. Ginnifer Goodwin and I took a roller-skating lesson together for that episode.” He adds, “Ginnifer was so kind and helpful. I think she knew how to skate.”

Spending more time with Ginnifer Goodwin while on the set of Pivoting is something he wishes he had been able to do, along with Maggie Q, JT Neal, and Connie Jackson who portrays his babysitter Gloria on the show. Though the show was unfortunately dropped by FOX following the season finale, Marcello still has hopes he could reconnect with the cast in the future to revisit the series. “It would be exciting to see where season two of Pivoting might go for my character and theirs.”

Until that time, he will be able to reminisce on his favorite memories while filming.

“I loved it when I was on the set of Pivoting and got to play baseball with the staff and crew members,” he says. “I told one of my staff friends that I could play baseball and she said, ‘Yeah, we play too.’ So, we had a game on the set.” The young star adds excitedly, “When we played on set, I hit most of the balls pitched and caught them too! The funny part was that I didn’t eat any of my lunch so when I went straight to set, my cheeks were all red and they had to put makeup on my cheeks to make them look normal again.”

Pivoting is Marcello’s second major role following his time on ABC’s Modern Family as Cal. Comparing what it was like to film both series, he first brings up the difference in schooling. While he only had to be on set for a few hours before going to school a few minutes down the road when filming Modern Family, he shares that he couldn’t go to school in person until he wrapped the season for Pivoting. “So longer hours on the set of Pivoting compared to Modern Family,” he explains.

Adding to that, he says, “I liked all that they did with my character as Luke [on Pivoting]. Of course, the cast members were different for each show. I remember on Modern Family there were Eric [Stonestreet] and Jessie [Tyler Ferguson] and on Pivoting, I got to work with Eliza, Tommy, Maggie, Connie, and Ginnifer. They were all so much fun to be with.”

Next on Marcello’s calendar is the premiere of Amazon’s A League of Their Own, a television adaptation of the beloved 1992 film of the same name that explores the All-American professional women’s baseball league during World War II.

With the series set to debut on the streaming platform on August 12th, the actor says, “I think the fact that they are doing a reboot for A League of Their Own is a good thing. It will help people remember that women play baseball too. I think that’s a big deal!”

Noting the differences between the film and the series, he says, “The series may tell more personal stories with character development.”

Marcello plays Stilwell Angel in the series, a well-remembered troublemaker in the film. “I could tell that this character is a little mischievous, naughty, and rascally,” he says of his character. 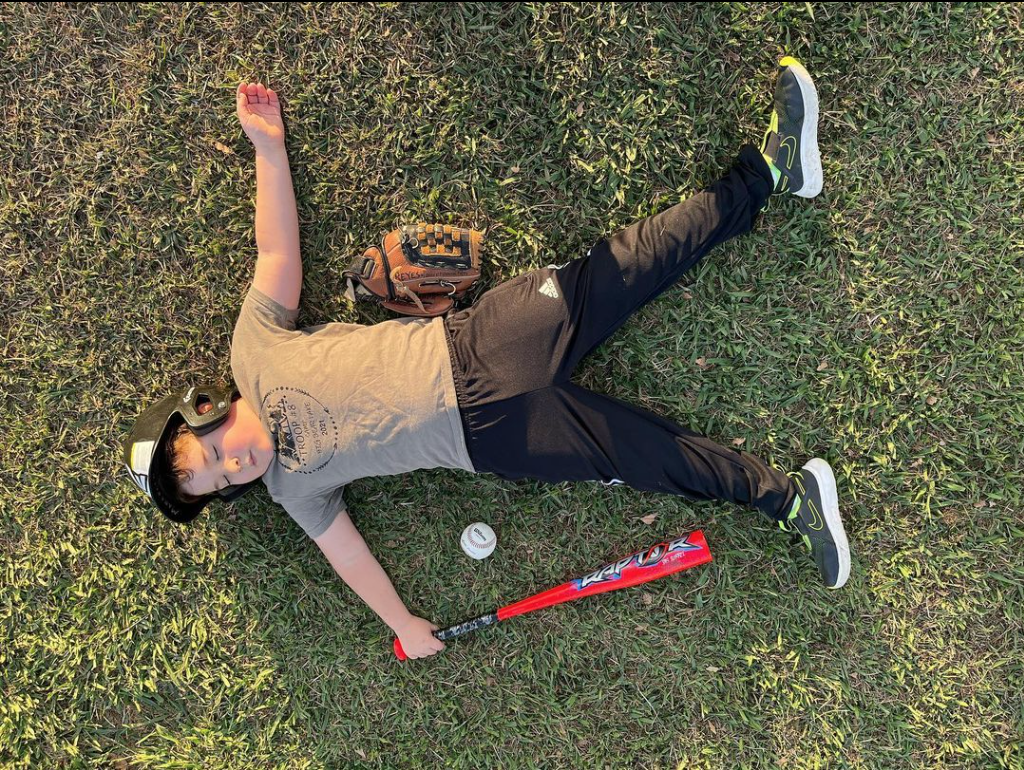 Best remembered for his ‘You’re gonna lose!’ taunt in the film, the actor laughs when asked if it’ll show up in the series. “That might be a spoiler; I guess you must tune in to watch the show.”

Much like Pivoting, the crew on A League of Their Own played baseball when not filming, something Marcello loved to join in on. “At the time we filmed, I had just started playing tee-ball,” he says. “I might have learned a few tips from playing with the crew in our free time. I do love baseball; I am much better at it now.”

His fond memories of filming extend beyond baseball. He recalls one day on set in particular, saying, “I was hitting my mark very well during one of the train scenes when the producer came in and said that Abbi wanted to talk to me. I thought I was in trouble, but I wasn’t. After rehearsing the scene on the train, Abbi Jacobson told me that she liked my work ethic and that my acting was advanced for my age. Knowing that I was doing a good job made me feel good.”

Following A League of Their Own is the mystery-thriller film Don’t Worry Darling. Set to premiere on September 23rd, the film follows a 1950s housewife who starts to uncover that the utopian experimental community she lives in might be hiding something sinister.

“It seemed a little more serious making the film,” Marcello says. “But I don’t know about the storyline because Don’t Worry Darling is not a movie for kids to watch.” He adds, “I had a fun time making the movie.”

Playing Fred, the son of Olivia Wilde’s Bunny, he says of his character, “[Fred] is a cute little boy who loves to play and have fun with his family all day. Fred is a family boy.”

Shooting the film provided a different experience for him, one he learned a great deal from. “Working with and being directed by Olivia Wilde was much different than the comedies. I had to pay close attention in case I had to do the exact same thing or maybe [do it differently] in the next take.”

To work under an actor and director like Wilde was a perfect opportunity for the young star, and one he will be sure to look back on as he continues to experiment with his talent. 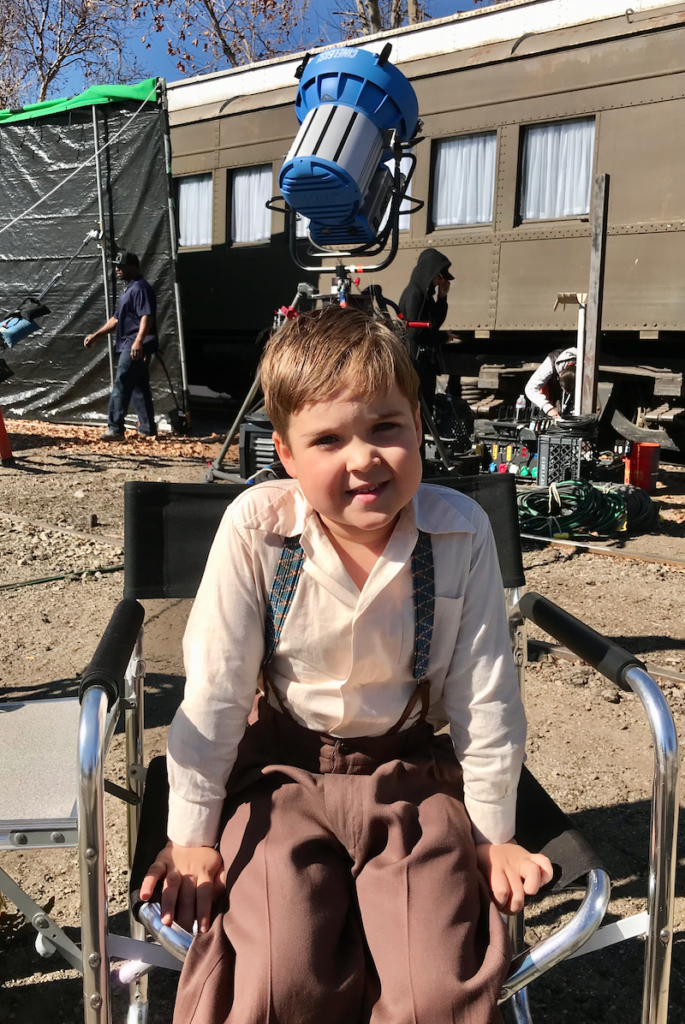 Not even ten years of age, Marcello has already explored writing in addition to his acting. “Yes, I have written a script myself. It was a short script,” he says. “There weren’t lines; I just described what the actors would be doing in the scenes.”

He’s not opposed to trying other parts of the entertainment industry like directing, adding, “I would also like to set up the scenes for the actors. Maybe someday help show the action on set. I guess that’s directing. Maybe I will be directing someday.”

Whether it is behind the camera or in front of it, there is still plenty that Marcello wants to try next. Young but with a notable start in comedy, he is open to other genres. “I’d love to be in a Marvel movie as a superhero’s assistant,” he shares. “I really like action movies and one of my favorite characters is Captain America. I also really like sci-fi movies, especially Star Wars movies. So, if I could be in a Star Wars movie, I would be very happy!”

A League of Their Own premieres on Amazon Prime on August 12, 2022!

*Interview has been edited and shortened for clarity.