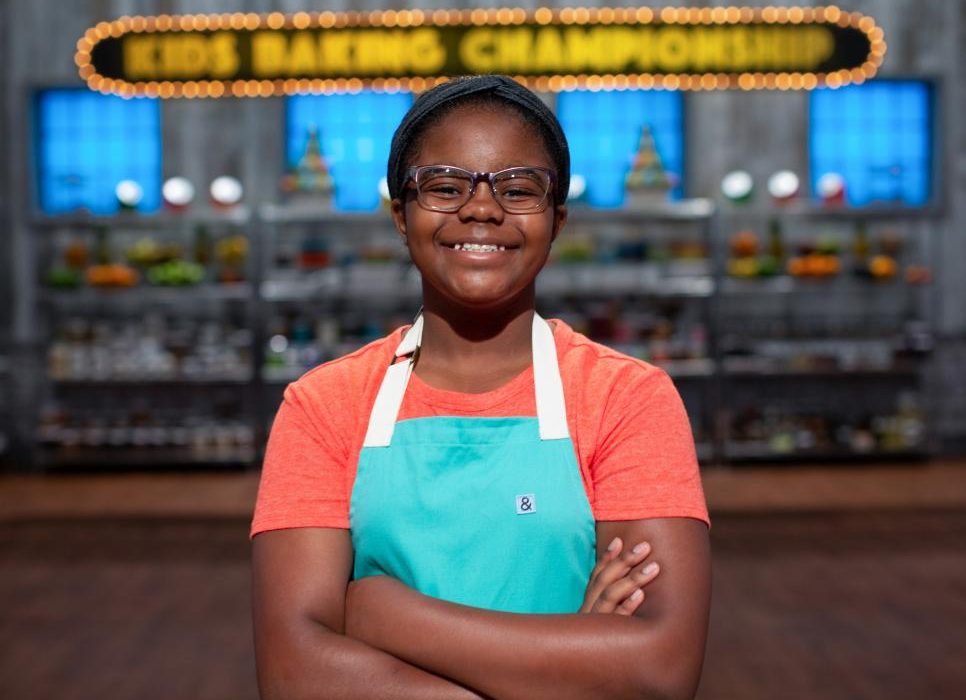 As part of this special event, the 10th Teenpliciday features an exclusive interview with Taylor Pusha from Food Network’s Kids Baking Championship! Taylor talks about returning to the show for the holiday special Season’s Sweetings, how it felt to win, and her favorite holiday treats!

In a year filled with uncertainty and so much darkness, there is one incredibly bright spot for Taylor Pusha.

A previous contestant on Food Network’s Kids Baking Championship, Taylor was brought back earlier this year for the show’s holiday special Season’s Sweetings and won.

Her journey with the popular baking series has been an interesting one. Originally placing fourth in her season, the young baker continued to push herself as a baker in her own business and, then later, as a returning contestant.

“Since it was only one episode, I only got one shot at being able to win,” Taylor says of one of the difficulties she faced heading into the show this time. “But it was also a little bit easier because I had to compete only once and with less people.”

Just like her, the other bakers were also former Kids Baking Championship contestants. Having that previous show experience with her meant that she was aware of what to expect and what she needed to be ready for this time.

“[What I learned is] to definitely keep an eye on my opponents,” she says when asked what knowledge she brought with her this time around. She mentions that as a part of the special the contestants may be using the same flavors. “Sometimes you have to switch it up because you don’t want everything to be the same – you want your stuff to stand out,” Taylor says.

The other piece of wisdom she took from her time on the show prior is to be aware of where everything is in the kitchen. “So I can get to stuff a lot faster this time,” she explains.

Her preparation for the holiday special very much mirrored the way she prepared for her season. “I know last time I did it as well, but this time I definitely timed myself as far as my sister [and] my mom giving me different baking challenges, and [I] made the times a little bit shorter than they were last time, just so I could really get to practicing.”

All of that practice and dedication is the reason why Taylor is such a skilled baker and decorator. Most of her life has been spent in the kitchen, creating one concoction or another. She cites her parents and older sister as big inspirations when it came to baking. The internet came later, giving her new ideas and things to try.

“Seeing a lot of people bake on Instagram and watching cake tutorials on YouTube as well is what really inspired me to start doing my own thing,” she adds.

From there, Taylor has continued to bake and try new things, using her parents as taste-testers. When it comes to crafting a new flavor combination or creating a new design, the ideas come within herself as well as all around. “I think a lot of it is just my own creativity and finding inspiration from other things in my daily life,” she says. 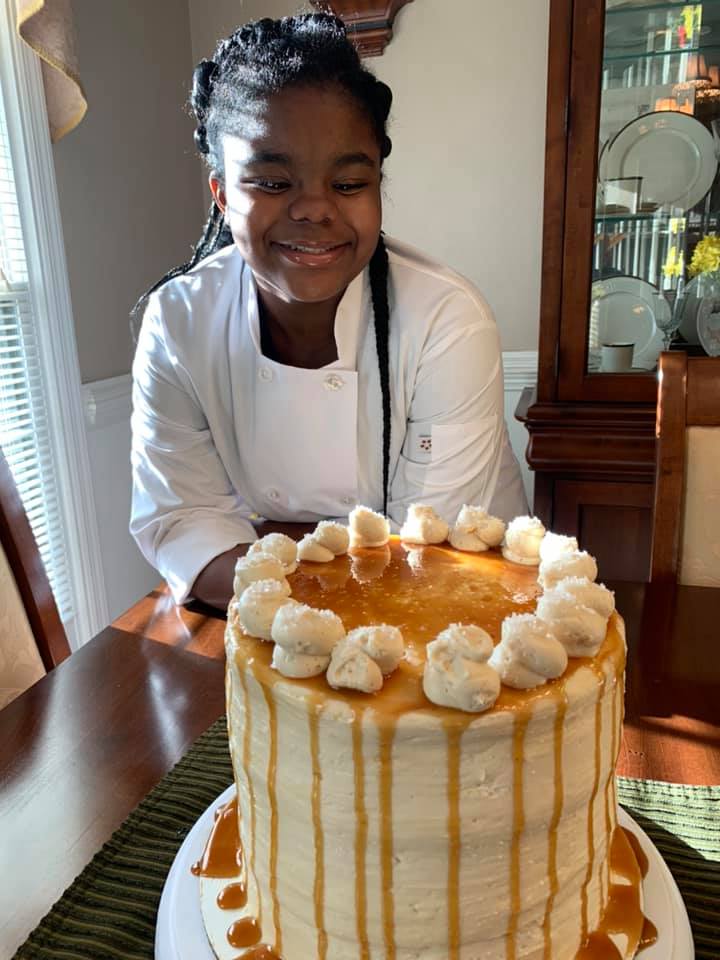 That creativity she holds in herself really shined throughout her time on Season’s Sweetings. She even gave the gingerbread for the tasked gingerbread house cake her own special twist. Upon presenting her cake to the judges for the tasting, Valerie Bertinelli’s main critique based off of its look came from her hesitance to try the gingerbread.

Unlike typical gingerbread cookies which are flat, the structure of Taylor’s gingerbread house cake was created of thick gingerbread. This left the judge apprehensive about trying it.

“When Valerie was talking about how she was nervous to bite through my gingerbread, I was kind of smiling on the inside because I was just waiting for her to actually taste it and see that it was actually soft and not hard,” Taylor recalls of her time facing the judges. The talented baker she is, she knew there was nothing to worry about. “When she first picked up a bite and saw it kind of fall apart, I was super happy.”

A pleasant surprise for both Valerie and Duff Goldman based off of their initial judgements on its look, the gingerbread was soft, moist, and the flavoring was balanced and vibrant. It was hard to tell which judge loved the dessert more.

It was also this that helped land Taylor her well-deserved and hard-earned victory during Season’s Sweetings.

“It felt super amazing and it definitely felt rewarding for all the hard work I’ve been doing these past couple years, practicing and competing on the show before,” the young baker says, and there’s a sign of pure joy and amazement in her voice as she speaks. “Now, I’m just so happy.”

With the win under her apron, TEENPLICITY couldn’t help but ask Taylor if there was anything she would change about how she approached this competition, given that her reindeer snack wasn’t as thrilling for the judges as her gingerbread house cake and also that her gingerbread broke mid-competition.

The talented baker pauses for a moment to think. “Oh, I don’t know,” she says at first. “I had a problem with my cake falling apart, but at the same time, if I didn’t do that, then my gingerbread house wouldn’t have turned out the exact way that it did turn out. So I don’t think there’s anything that I want to change about it.”

All that’s left for Taylor is the eager wait for all her new equipment – the prize for winning Season’s Sweetings, courtesy of Food Network and its sponsors – to arrive in January.

“I think everybody was the most excited to get this certain piece, which was the blast chiller,” she says of equipment that’s soon to come. The blast chiller is also at the top of her list of what she’s most excited to receive. “You can put the cakes in there for ten minutes and they’re ready to come right out.”

The blast chiller will definitely come in handy not only for Taylor’s business, Taylor Made Cakes & Creations, but for future family holidays as well.

“My family’s favorite, and it’s also a big favorite that people love to order, is definitely my pound cake,” Taylor says happily when asked what she might be making for the holidays this year. She explains how she makes both a yellow pound cake and a lemon pound cake, both of which are very popular. “And they’re both extremely delicious,” she adds. 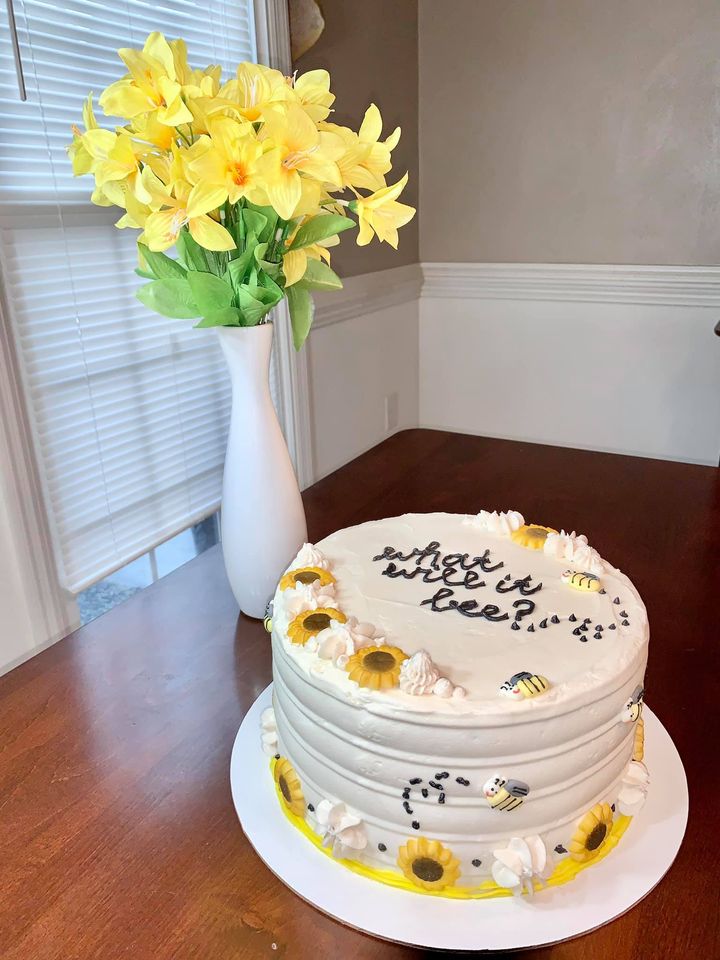 “We also make sweet potato pie, which I would have made on the show but the sweet potatoes take a long time to boil. So that wouldn’t really have been very convenient,” the talented baker shares.

As she continues to grow as a baker, there’s plenty that Taylor still wants to try her hand at. “I know I definitely want to try and perfect a raspberry cake recipe,” she gushes. She shares at the time of the interview, “We’ve actually put a new item on our website, ‘Oh, Sugar Plum Fairy Cupcake’ and it consists of a whole bunch of raspberry components. I think once I really perfect that, it’ll definitely be a hit.”

When Taylor isn’t baking, she likes to enjoy plenty of holiday traditions with her family. One such tradition is on Thanksgiving and Christmas when her whole family gathers together and watches movies.

“I have a few [favorites] but I think my all-time favorite – which, I watched this movie so many times but for some reason, it never gets old – [is] The Polar Express.”

One common theme in that film is believing, even if it seems impossible. Taking that idea a step further, TEENPLICITY asked Taylor who she would love to bake for, no matter if they are alive or have passed long ago. Her answer is nearly immediate as she picks one of the greatest vocalists to have ever lived.

“Whitney Houston, for sure,” she says. Taylor explains her choice, saying, “I love to sing and she’s definitely one of my big inspirations when it comes to that. I like to watch a lot of videos of her singing and practice in using the techniques that she uses to perfect my singing as well.”

Fit for the legend that Whitney Houston is, the baker describes the dessert she would make. “I would love to make a really big, extravagant cake for her,” she begins. “Probably be all white with some roses and little gold accents on the side.”

As Taylor continues to soar above the stars and succeed, she has sage advice for anyone who is looking to explore baking, no matter their age.

“I say no matter how many failed attempts you have, to always keep going because those failed attempts are going to get you to be an amazing artist, an amazing baker. It’s just going to make you successful overall because you learn from a lot of your mistakes.”

When audiences tune into Danger Force on Nickelodeon, it is easy to see why everyone immediately adores Bose. Portrayed by Luca Luhan, Bose was…